CNN described protests in Wisconsin as peaceful, despite the visible inferno in the background. 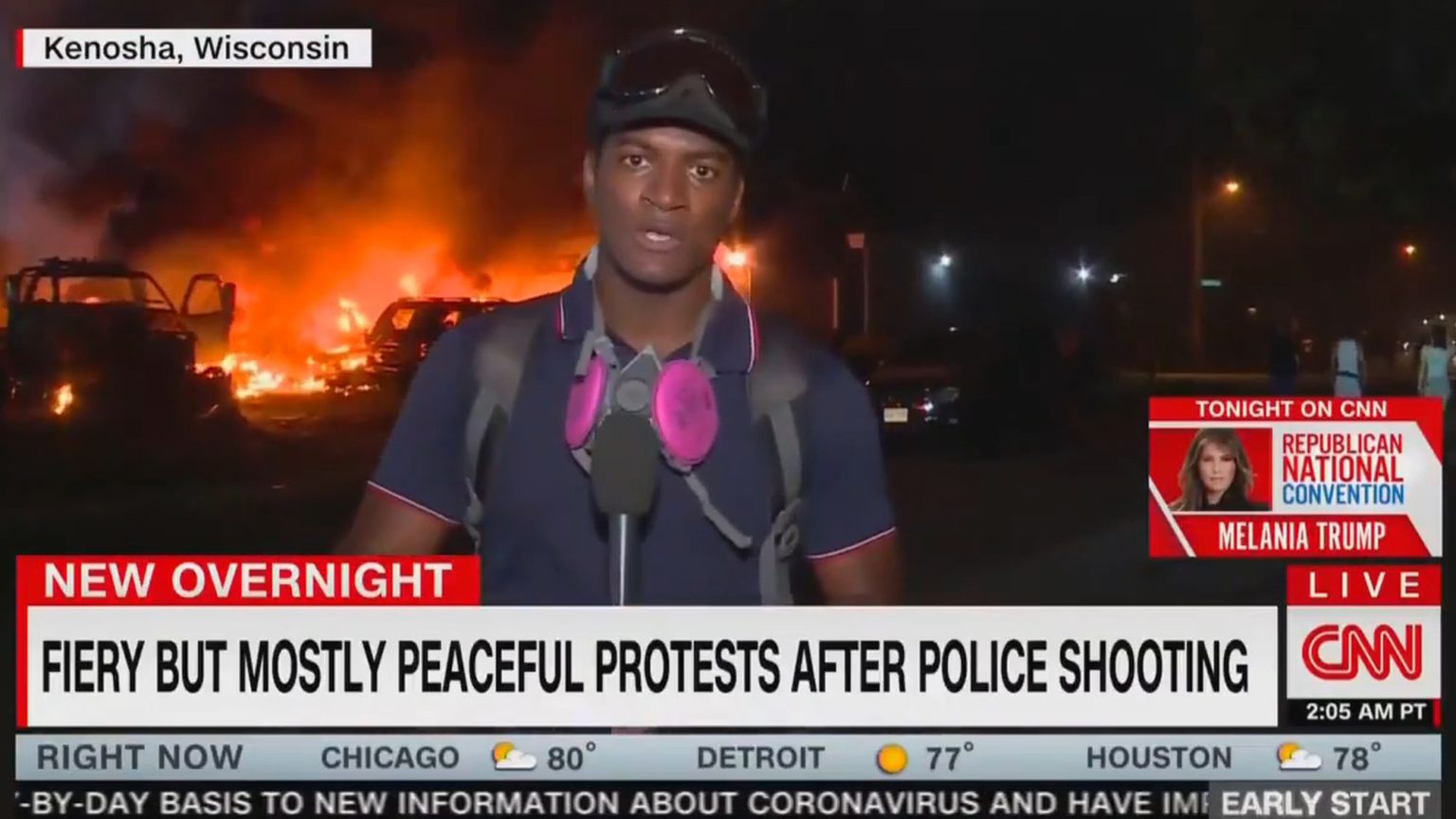 In a remarkable act of woke doublethink, a CNN report has described Black Lives Matter protests in Wisconsin as ‘fiery, but mostly peaceful’, while burnt-out cars and a building in flames were visible in the background.

You cannot make this up… A CNN reporter is standing in front of a building engulfed in flames and CNN's chyron reads:

This is not the first time mainstream media outlets have sought to downplay the violence and rioting that has often followed or gone hand in hand with BLM protests. Over the past few months, the US has experienced its worst riots in decades, but this has been largely glossed over.

In May, an MSNBC reporter commented on what was apparently ‘mostly a protest’ and ‘not generally speaking unruly’, while standing in front of a burning building.

In June, in the UK, the BBC ran an astonishing headline: ‘27 police officers injured during largely peaceful anti-racism protests in London.’

These absurd and transparent attempts to downplay the chaos the BLM movement has unleashed show just how devoted to woke identity politics much of the media have become. That journalists are prepared to openly deny obvious truths in this way is a worrying indication of the collapse of impartial reporting. If the violence was committed by right-wing thugs, would they report it in the same way?

Thankfully, viewers can see with their own eyes what is really going on.