How Scotland is dismantling its justice system 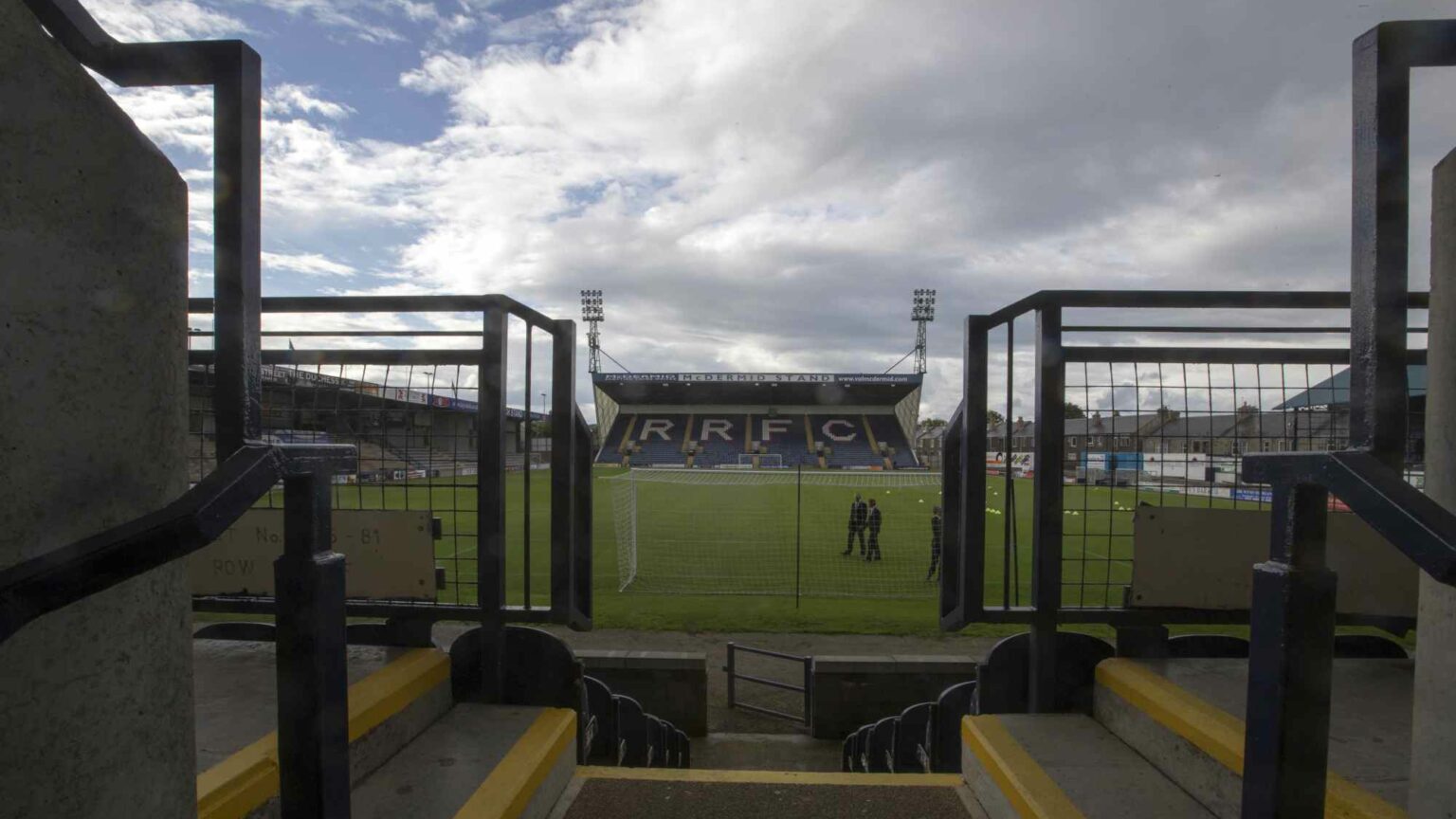 Footballer David Goodwillie was dropped by Scottish club Raith Rovers last week, before he could play a single game. He had only joined the club in January. The decision to sign him had been denounced by Scottish first minister Nicola Sturgeon, former UK prime minister Gordon Brown and bestselling crime author Val McDermid, who rescinded her ties to the club in protest.

In 2017 Goodwillie was found, in a civil court, to have raped a woman in 2011. And he has already been punished by the legal system. But legal punishment is not enough for today’s illiberal elites. Astonishingly, there have been few if any concerns raised about this development. Until relatively recently, it was liberals and left-wingers who would denounce as reactionary those who argued for the never-ending punishment of individuals who had already been dealt with by the legal system.

Using her financial clout and her celebrity, McDermid withdrew her sponsorship money from Raith Rovers and called for Goodwillie to be thrown out of football. After she was backed by her friend, Nicola Sturgeon, Raith Rovers caved in and apologised. The backlash came despite the fact that Goodwillie had been playing for Clyde for several years before Rovers signed him.

This is not justice. It is vengeance. Even more concerning is that Goodwillie was never put on trial in a criminal court, because there was not enough evidence against him. Instead, in 2017, he was found culpable for rape in a civil-court case – the first case of its kind in recent times.

Civil courts have no jury, only a judge, who makes a decision on the balance of probabilities – a much lower benchmark than the ‘beyond reasonable doubt’ needed in criminal cases. If you are judged culpable, you can be fined or forced to pay damages but not imprisoned.

This would strike most people as an odd form of justice. On the one hand, it appears to be unjust because a man now defined as a rapist by the courts is allowed to walk free. At the same time, this man has been branded a rapist without the need of a jury trial or the high level of evidence that is needed to convict someone of a serious criminal offence like rape. In essence, civil-law cases are determined by the belief of a judge that in balancing up the evidence, there is a 51 per cent chance that the person is culpable.

Many lawyers would defend the use of civil law in such cases, arguing that it democratises the justice system. There is a logic to this, of course, as it allows more people to make claims of wrongdoing against others, especially when the justice system fails to resolve the problem.

However, when you look at what is happening in Scotland, it would be naive to believe that either Goodwillie’s case or the other rape cases now going through the civil courts are simply a matter of one private individual against another. In reality what we are witnessing is the financial, political and institutional power of the state being used to find guilt or culpability in rape cases without the use of a jury.

In the Goodwillie case, back in 2011, after the charges were dropped, the woman he was accused of raping received £11,000 from the UK Criminal Injuries Compensation Authority. In other words, despite there not being enough evidence for a criminal trial, one wing of the state still determined that she was a victim of rape, and Goodwillie was implicitly branded a rapist.

In a similar case, that of Stephen Coxen, the woman in question received financial support from the Scottish Legal Aid Board to pursue her claim. Coxen had been tried in a criminal court, where the case was ‘not proven’ and he was acquitted. But the alleged victim was able to use the financial and moral support of the legal system to have the case looked at again, this time by a lone judge. As I write, there are five more civil cases of this kind queued up in the civil courts.

The money used in the Coxen case came from a special fund set up within the Legal Aid Board to deal with cases of ‘gender-based violence’. This fund emerged because within Scottish politics, and indeed within the legal system, violence against women has been given a high priority.

Concerns have also been raised about the low conviction rate in rape cases, something that has led to Lord Advocate Dorothy Bain, the chief legal officer of the Scottish government, to argue that in rape cases, including in the criminal courts, trials should be held without juries. Bain seems to believe that Scottish people are too bigoted and biased when it comes to the issue of rape, and so perhaps it should be left to enlightened individuals, like herself, to decide on the guilt or innocence of the accused.

Few appear to be asking why the civil courts are suddenly getting an increasing number of rape cases. The lack of commentary is surprising, given that as far as anyone can tell, before David Goodwillie’s case this had not happened for almost 100 years.

At one level, the answer lies in the financial support that is now on offer to complainants to take their cases to the civil courts. At the same time, women are now being encouraged by the police and the Crown Office to use the civil courts. It would seem logical to conclude, looking at Dorothy Bain’s view of the Scottish public and her concerns about rape cases, that key influential figures in politics and in the legal system are also encouraging this development. Indeed, the Scottish parliament’s Justice Committee set up a consultation on ‘Civil actions for rape and other serious offences’ in December 2017.

On top of all of this, the Scottish state has adopted what some would argue is an extreme form of radical feminism. This is not a matter of certain individuals, like elected MSPs, adopting this ideological perspective, as is their right. Many aspects of the government and the state itself now operate according to this view.

For example, in the Scottish government’s Equally Safe: Delivery Plan, published in 2014, we are informed that gender-based violence is a ‘function of gender inequality, that is an abuse of male power and privilege’, and that ‘women and girls experience violence and abuse because they are women and girls – and because they continue to occupy a subordinate position within society in relation to men’.

In other words, the Scottish government believes we live in a patriarchal society, in which men necessarily find themselves in a position of power and women are always subordinate to men. This view of Scotland as a patriarchy can also been seen in the formation of the government’s Misogyny and Criminal Justice in Scotland Working Group, a group that is currently exploring whether to make sexism a criminal offence. From the very beginning, the remit of the group was to apply ‘a gendered analytical lens’ to ‘data sets, literature reviews and lived experience’ in order to form its recommendations for new criminal offences.

Some people may well agree that we need a ‘gendered’ understanding of society and to see women as always subordinate to men. However, it is clear that the Scottish public did not vote for this perspective and is probably not even aware that government officials think like this. Nevertheless, it has become an accepted dogma within the Scottish government and many of its institutions.

Ultimately, what the Goodwillie case points to is the growing tendency for the moral, political, financial and institutional power of the state to be used to encourage rape cases to be adjudicated in courts where people can be labelled as rapists without the need for the normal criminal-justice processes or the need for a jury of ordinary Scottish people.

On top of this, as Goodwillie has found, these individuals, having been stamped with a big letter ‘R’ on their foreheads, are thrown back out on the streets to face public humiliation and the potential annihilation of their working lives.

These processes, far from representing the ‘democratisation’ of law, feel to me more like a return to a Medieval-style court system, where the wealthy and powerful are able to make rulings about criminal matters, put people in the stocks who have never been found guilty of any criminal act, and reek their never-ending vengeance upon them.

Scotland is fast becoming a horribly small-minded and authoritarian place to live.