The Northern Ireland Protocol has got to go

It’s time we tore up this unworkable and undemocratic treaty. 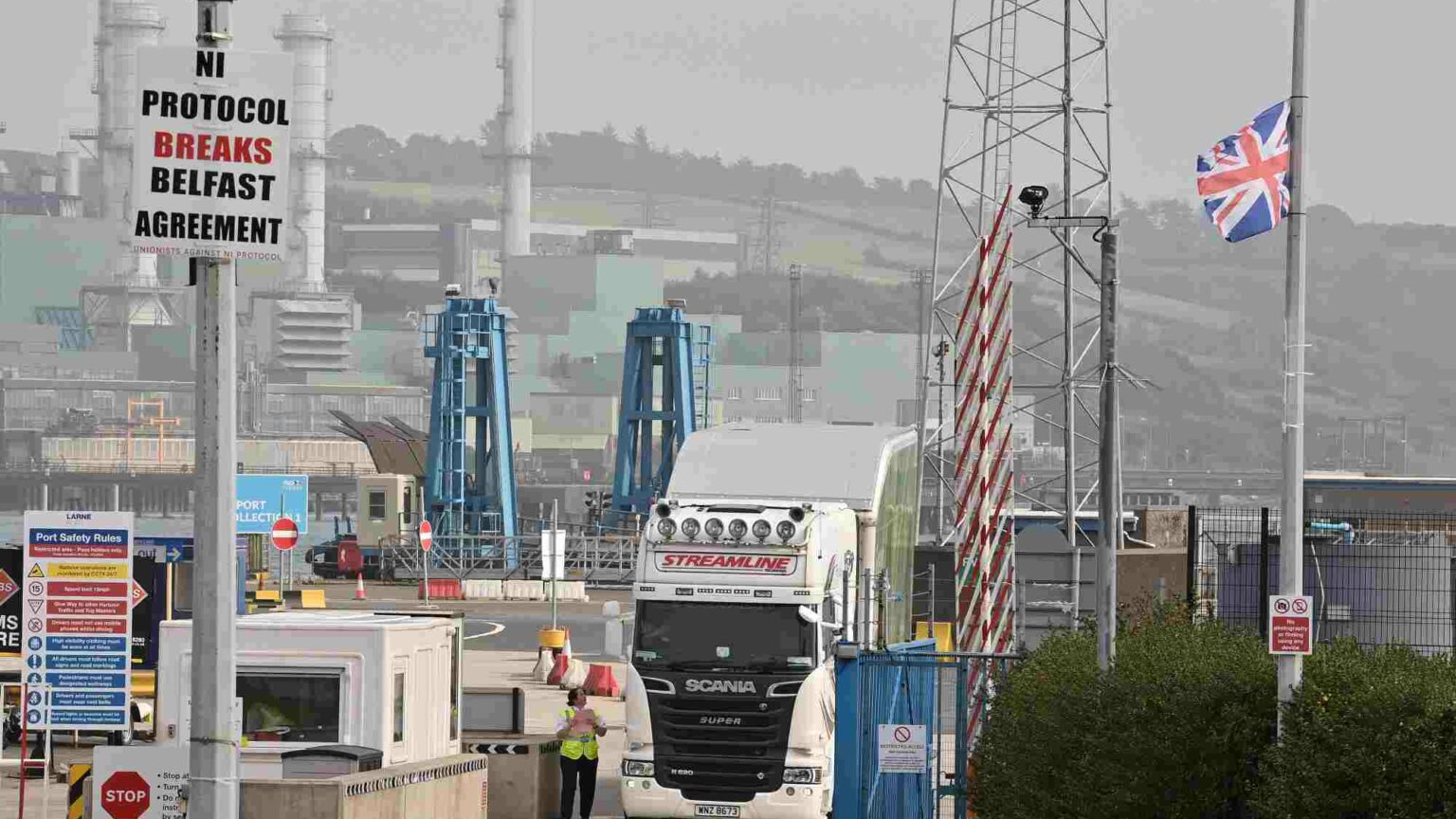 The signs are not good for the EU on the Northern Ireland Protocol. The resignation of DUP first minister Paul Givan last week has once again put the protocol’s future in the spotlight.

For the past year, the EU has tried to maintain an evolving fiction that the UK can easily meet its legal obligations under the protocol, once a few tweaks are negotiated to make trade flow more easily across the Irish Sea border. Meanwhile, the UK has been on a ‘go slow’ in implementing the protocol ever since it came into force at the start of 2021. A unilateral grace period was imposed by Lord Frost to suspend EU checks of food products and a ban on imports of chilled meat. The EU took legal action, but, with not much to gain in practice, little has subsequently been heard of the legal case. Further grace periods were agreed by the EU in mid-2021 to avoid the threat of more unilateral action by the UK.

The EU negotiator, Maros Sefcovic, has continually complained that the UK is not fulfilling its legal obligations and has demanded the full implementation of the protocol rules before any permanent easements can be agreed. A paper from the European Commission’s Directorate-General for Health and Food Safety last October detailed the concerns. Based on an audit inspection of sanitary and phytosanitary (SPS) checks at customs posts in Northern Ireland, undertaken in June 2021, it complained that staffing levels, including of vets, were inadequate and that further recruitment had been stopped. Further checks on animals were said to be inadequate and monitoring of destinations was not being applied. None of the required checks on personal luggage or pets were being undertaken, either. The audit concludes: ‘This Commission control identified several critical factors which collectively and critically undermine the credibility of guarantees given by the United Kingdom government in respect of its obligations to implement [EU] law.’

This unenthusiastic implementation of the protocol has now been followed by an attempt from the DUP to stop SPS checks altogether at the border-control posts in Northern Ireland. Despite the protocol’s preamble underlining the EU and UK’s ‘shared aim of avoiding controls at the ports and airports of Northern Ireland, to the extent possible in accordance with applicable legislation’, border posts did have to be constructed in Northern Ireland, causing Unionists to protest. However, the minister responsible for their construction and operation, DUP agriculture minister Edwin Poots, sought to prevent them from functioning. His first attempts were stymied by internal legal advice that UK law prevented such action. Most recently he managed to obtain a legal opinion from a former Northern Ireland attorney general that his action to close the border posts was legal.

Jeffrey Donaldson, DUP leader, knew all along that this attempt would be overthrown by the courts and this is exactly what happened. Poots ordered the cessation of work at the border posts, but his civil servants ignored the order on the grounds that the order was illegal. A High Court injunction quickly supported the civil servants but a full hearing is yet to occur. As a direct result, the DUP first minister of Northern Ireland, Paul Givan, then resigned, taking the Sinn Féin deputy first minister with him, as required by the Good Friday rules. The Northern Ireland Executive thus no longer operates, but the Assembly and individual ministers can stay in place for six weeks. An Assembly election due in May 2022 will go ahead as planned, but the DUP has said its members will not take their seats unless the protocol is substantially reformed.

The DUP’s key demand is that customs declarations and border checks be removed for goods flowing from Great Britain into destinations in Northern Ireland. The real aim of Poots’ action was to highlight Unionist opposition to the protocol and to undermine the EU’s fatuous claim that the protocol protects the Good Friday Agreement in all its dimensions. In fact, the protocol only ever protected nationalist interests and, in the words of former first minister Lord Trimble, ‘rode a coach and horses through the Good Friday Agreement’. All Unionist parties in Northern Ireland are now against the protocol and Unionist public opinion has followed suit, with only two per cent of Unionist voters in a recent poll supporting the protocol in its current form.

Significantly, UK foreign secretary Liz Truss, now responsible for the protocol negotiations, declined to override Poots, saying that his move was a matter for the Northern Ireland Assembly. Meanwhile, negotiations between the UK and EU continue. The EU had hoped that Truss would be more malleable than her predecessor Frost, but this has not been the case so far. The UK’s aims, as described in Frost’s 2021 command paper, remain unchanged.

Similarly, the UK’s threat to use Article 16 to disable large parts of the protocol has not been ruled out. Lord Frost always regarded Article 16 as a narrow option and much preferred to use it as a threat to persuade the EU to renegotiate the protocol. It now seems increasingly unlikely that the nuclear option of Article 16 will be used. A more likely path is that the UK will simply refuse to fully operate the protocol, extending grace periods to suspend key aspects of customs checks. In the meantime, the DUP will continue to argue for legal powers to avoid running the customs posts and will refuse to allow the Northern Ireland Assembly to operate, even after the May elections (which may well return Sinn Féin as the largest party and potential first minster).

The Northern Ireland Protocol is therefore doing the very opposite of what the EU intended it to do. Northern Ireland has been destabilised and the Good Friday Agreement undermined. The Unionist population is solidly opposed and the undemocratic basis of the protocol can no longer be ignored. Arguments for the protocol are crumbling, but the EU still needs adequate protection for its Single Market border in Ireland. The obvious alternative is the ‘honesty box’ approach, involving mutual enforcement of trade rules by both sides. The EU protests that this is unprecedented – but then again, so is an EU trade border inside the UK, which patently is not working. The protocol has got to go.