The UK government’s proposed changes are radical but necessary. 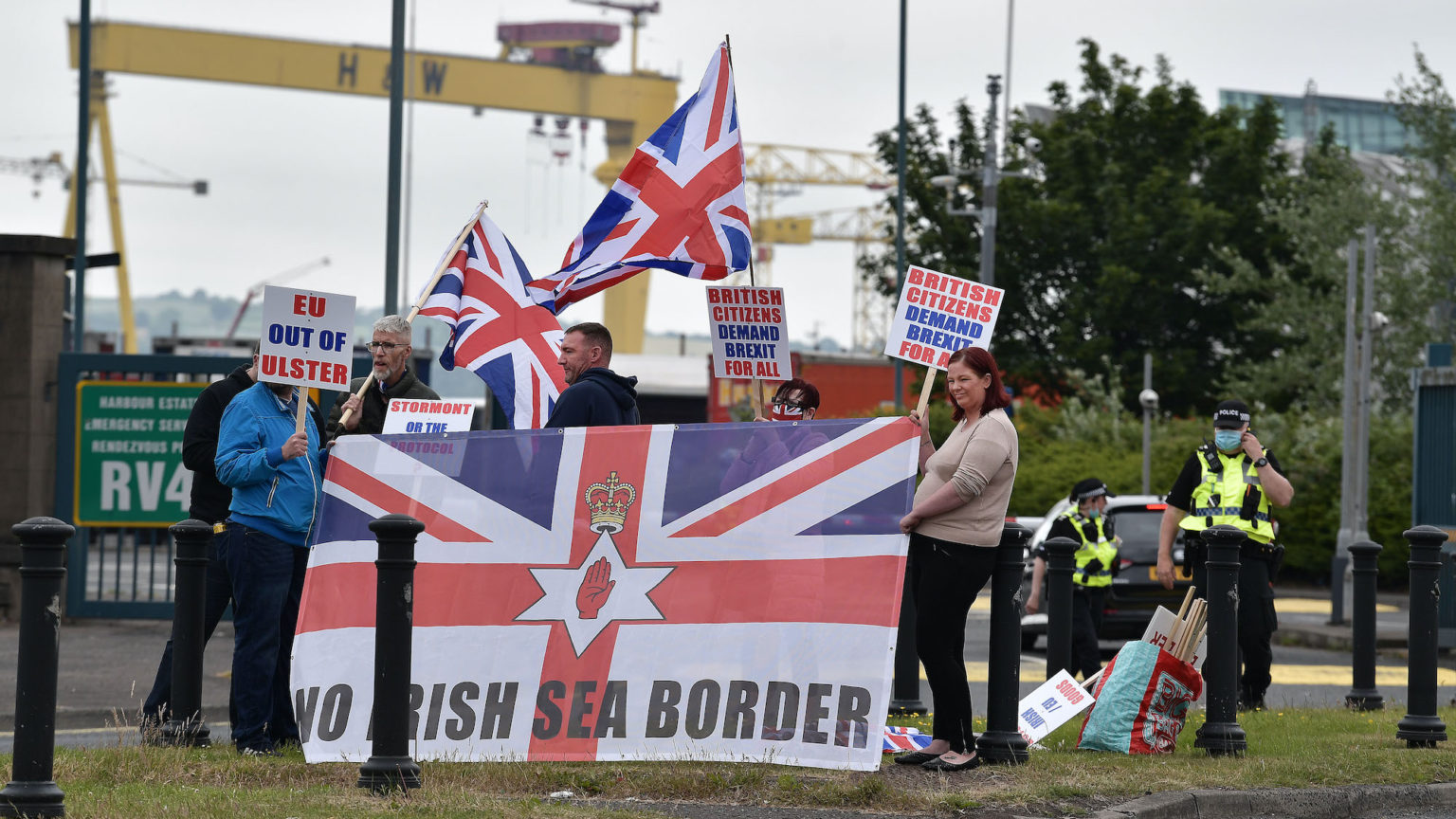 As I open my Times newspaper this morning, I see the main cartoon depicting Boris Johnson as a shopping trolley, in a supermarket with rows of empty shelves labelled ‘trust, truth, integrity, honesty, probity, reliability and rectitude’. Nowhere has the PM’s reputation been more damaged than in Northern Ireland, where Unionists regularly accuse him of betrayal. After supporting him on Brexit, they feel they have been made to look like fools, as he apparently reneged on his promise not to erect a trade border in the Irish Sea. Thanks to the Northern Ireland Protocol, which introduces systematic customs and veterinary checks between NI and the rest of the UK, Unionists fear that Northern Ireland has become a semi-detached part of the UK – vulnerable to a final push by nationalists into the United Ireland they fundamentally oppose.

Boris Johnson’s reputation for unreliability has never really been fair. Brexiteers know that he has reliably delivered Brexit, even under the most trying of parliamentary conditions. He was also a brilliant tactician in winning the election necessary to get Brexit over the line.

It is true that, in October 2019, Johnson signed up to a Northern Ireland Protocol that established the outer border of the EU not at its actual border – between Northern Ireland and the Republic of Ireland – but in the Irish Sea. Those paying attention knew that he had no option but to sign up to this if he wanted to deliver Brexit. This was before the 2019 election that gifted Johnson a comfortable majority. Before he could wrap up his renegotiation of the Withdrawal Agreement, a parliament determined to scupper Brexit had already tied his hands behind his back. The Benn Act, passed in September 2019, essentially said that Brexit could only be delivered – if at all – on the EU’s terms.

No10 insiders tell me that Johnson only reluctantly accepted the Protocol because his team argued that it was the only way forward. They also say that Northern Ireland is his second priority after Covid-19. In appointing David Frost to negotiate the implementation of the Protocol, he has demonstrated his seriousness. This week, Frost outlined how the government plans to deliver on its promise of no checks on the Irish Sea. The government’s command paper, Northern Ireland Protocol: the way forward, is arguably the UK’s most radical document issued on Brexit yet. Its tone is utterly unlike anything from the Theresa May era. It illustrates how different things might have been if the Johnson-Frost team had been in charge of the Brexit negotiations from the beginning.

The key element of the new command paper is a sensible proposal that customs checks on goods going into Northern Ireland from Great Britain will only be applied to goods heading for the Republic of Ireland. Any goods to be used or consumed within Northern Ireland should flow as freely as they did in the past, it says. This would restore the territorial integrity of the UK, meaning that Unionists could relax.

The Protocol, as it stands today, repeatedly mentions the principle that customs checks will apply only to goods ‘at risk’ of entering the Irish Republic, and hence the EU Single Market. A close examination of the text, however, reveals that this applies only to tariffs – which of course were largely done away with in last December’s trade deal with the EU.

The command paper argues that its proposals can be negotiated with the EU in a spirit of constructive neighbourliness. Although the UK is within its rights to use Article 16 of the Protocol to enforce the changes, the government would prefer not to act unilaterally. Article 16 allows either side to suspend aspects of the Protocol in the event of ‘serious economic [or] societal difficulties’ or ‘diversion of trade’. Both have already occurred in Northern Ireland, but the government views the terms of Article 16 as narrow and would prefer a more comprehensive restructuring of the Protocol.

Because all businesses in Northern Ireland are complaining of more difficult trading conditions, and with more than 200 mainland firms no longer supplying Northern Ireland, the government says it must act to restore normal trading conditions. Consumers in Northern Ireland are currently experiencing few actual shortages in supermarkets, garden centres or elsewhere, but this is due to the so-called grace periods that have delayed the full implementation of the Protocol. Most of these end in October. This gives the government a firm deadline for its renegotiation.

The government is being careful not to say it wants to drop the Protocol altogether. But in practice, its proposals amount to a new agreement. As well as applying the ‘at risk’ principle to all goods crossing into NI, the paper proposes that, ‘The regulatory environment in Northern Ireland should tolerate different rules, allowing goods made to UK rules and regulated by UK authorities to circulate freely in Northern Ireland as long as they remain in Northern Ireland’.

Taken together, these two changes would restore most of the normal operating conditions for businesses in Northern Ireland. There would be no border checks except for goods bound for the Republic. Firms could operate under UK regulations. Finally, the government also wants to end the role of the European Court of Justice in Northern Ireland, and to convert the arrangements into a normal treaty between sovereign nations.

The government’s plan also manages to respect the promise of no land border within Ireland. To prevent illicit goods crossing the border from NI to the Republic, the government is proposing new legislation to ban UK companies from exporting goods into the EU that don’t fully comply with EU regulations. This new law could be enforced in collaboration with the EU. This aspect of the proposal is close to the mutual-enforcement approach called for by several Brexiteer groups. Each side would ensure that the regulations of the other are respected for any goods crossing the UK-EU border.

All of this amounts to such a radical restructuring that it effectively entails a new Protocol in all but name. The EU has already said it will not renegotiate the Protocol, and so it is guaranteed to resist the new proposals.

No10 insists that the EU will move. This may sound Micawberish, but the EU would be wise to reset the Northern Ireland arrangements in order to get a rapidly deteriorating political situation off their backs. The threat to the Single Market posed by the UK’s proposal is small. Growing opposition to the Northern Ireland Protocol, both from Whitehall and a newly confident and more determined DUP, means that the difficulties will only get worse in the autumn and beyond.