Why the woke set doesn’t care about this act of racist holy war. 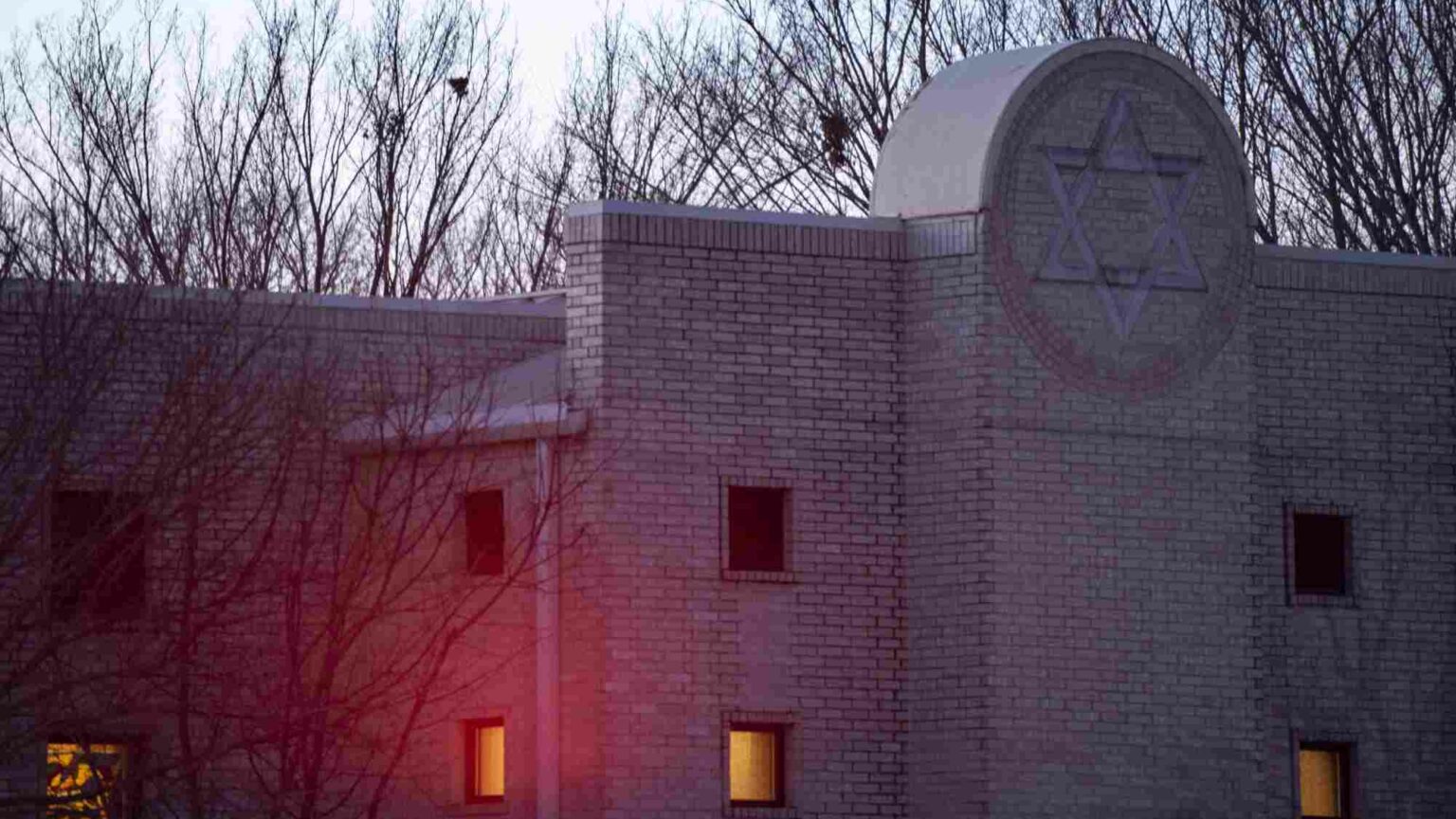 Isn’t it remarkable that all those woke blowhards and self-righteous TikTokers who were raging about JK Rowling’s ‘racist’ goblins a couple of weeks ago have had nothing to say about the violent hostage-taking of four actual Jews in Texas? You remember the goblin controversy. It was a new low – there’s one every week – for the Rowling-hating set. They latched on to a throwaway remark made by Jon Stewart on a comedy podcast, in which he jokingly mused on the hooked noses and banking habits of the goblins in the film versions of the Harry Potter books. ‘There!’, screamed the woke mob that loathes Ms Rowling for her fanatical belief that men are not women: ‘We told you she was a bigot!’ The goblins became Exhibit A in the wretched woke campaign to show that Rowling, with her foul ideology of biological sex, is horrible, racist, transphobic, yada yada.

Fast forward a fortnight and these tub-thumpers are nowhere to be seen or heard following a British jihadist’s racist and violent hostage-taking of four Jews at a synagogue in Colleyville, Texas. No angry tweets, no weepy TikTok vids, no PC pontifications about the structural hate that benights our society. What kind of person goes on a wild witch-hunt over fictional goblins that are clearly not caricatures of Jews while saying sweet FA about the gross and menacing threat visited upon four people in Texas who clearly are Jews? I’m going to put my neck on the line and suggest that maybe, just maybe, those woke goblin-obsessives don’t actually give a damn about Jews and instead were using that fake story about anti-Semitic caricatures as another stick with which to beat JK Rowling because they are dreadful misogynists who hate women who have the temerity to say that sex matters.

We need a reckoning with all this. We need a reckoning with the fact that we are now faced with a noisy woke set who will write more tweets and express more tears over goblins that aren’t real than they will over the anti-Semitic creed of radical Islamism that is very real indeed. This goes beyond the digital mob’s insatiable hunt for proof that Ms Rowling’s questioning of the transgender agenda is driven by blind hatred rather than by reason and an old-fashioned belief that women should have rights. It speaks, more broadly, to an alarmingly cavalier attitude towards anti-Semitism among the identarian set. These people will only talk about racial hatred for Jews if they think it will help them get one over on a woman they hate or on some other ‘anti-woke’ demon. The rest of the time it’s as if this racism doesn’t exist. Their silence on anti-Semitism is starting to speak volumes.

After Colleyville, it really is as if anti-Semitism doesn’t exist. The gravity of this act appears not to have been grasped, or contemplated at all, by the kind of people who normally make noise about racism. British citizen Malik Faisal Akram travelled more than 4,000 miles from Blackburn in England to Colleyville in Texas, where he bought a gun, stormed the Congregation Beth Israel synagogue, and held four people, including the rabbi, hostage for more than 11 hours. The response to this oceangoing act of racism from social-media activists who regularly rail against anything they deem to be even mildly ‘phobic’ has been muted indeed. To get a sense of how odd this is, just imagine if a white Briton had crossed the Atlantic and stormed a black Christian church in order to falsely imprison and torment its congregation. Do you think that would have faded from our collective concern as speedily as the Colleyville attack has? Anyone who says ‘yes’ is lying to themselves, frankly.

There are murmurings about ‘mental health’. Akram, we’re told, was mentally unstable. Ah yes, that well-known mental illness that rewires your brain to make you travel thousands of miles to persecute members of the Jewish faith. The leaking of the last phone call Akram made from inside the synagogue – to his brother – should have put to rest this blather about mental ill-health. He rants about the ‘fucking Jews’ (how long before someone suggests he was suffering from Tourette’s?) and expresses very clear Islamist sympathies. He calls for the release of a woman with links to al-Qaeda who is currently serving an 86-year jail sentence in the US. And yet this recording doesn’t seem to have stopped the excuse-making. Or rather, it doesn’t seem to have ignited much public discussion about how a Brit who was of concern to the security services managed to get into the US with the aim of harming the ‘fucking Jews’. In a couple of weeks it will be like it never happened.

What we are witnessing here is one of the most noxious elements of 21st-century identity politics: its creation of racial hierarchies; its ordering of human beings according to whether they are oppressed, and therefore sympathetic, or privileged, and therefore suspicious. In Colleyville, this morally infantile, hyper-racial narrative crashed against reality. That terrorism featured a Muslim from Blackburn, someone from an ‘oppressed’ category, visiting racist menace upon Jews in America, who, according to the racial myopia of the identitarian set, are ‘privileged’. So Colleyville doesn’t compute. It’s a glitch in the woke matrix. It calls into question their borderline religious devotion to the fixed ideology of structural oppression and structural privilege. And so, like the Waukesha massacre, in which a black man used his SUV to kill six white people, it is allowed to drift from the right-on consciousness. Chalk it up to a ‘sad event’, nothing more.

Thanks to the colonisation of anti-racist politics by the bourgeois identitarian movement, Jewish victims of racial hatred seldom enjoy the sympathy and solidarity extended to other groups that experience prejudice. Even the response of the most powerful people in American society to acts of racial hatred is increasingly shaped by identitarian rather than humanist concerns. So in the aftermath of the Colleyville hostage-taking, President Biden said: ‘I don’t think there is sufficient information to know why he targeted that synagogue… why he was using anti-Semitic and anti-Israeli comments.’ Erm, could it be because he was a racist? Normally, a person’s utterance of racist comments would be all the information one required to know what their motivation was – racism. But in Colleyville, a man can express support for radical Islamists, talk about the ‘fucking Jews’ and storm a Jewish place of worship, and still the surreal response is: ‘Well, we don’t really know what made him do it.’

Contrast Biden’s ‘insufficient information’ response to Colleyville with his response to the phoney attack on Jussie Smollett in January 2019. That was an act of ‘homophobia and racism’, huffed Biden on Twitter. Such prejudices ‘must never be tolerated in this country’, he said. Biden got more exercised over a hate crime that never happened, over a staged act of self-pity by a celeb who wanted a piece of the victimhood pie, than he did over the very real racism visited upon Jews in Colleyville. Vice president Kamala Harris branded the Smollett non-attack as a ‘modern-day lynching’. ‘We must confront this hate’, she said. Her response to Colleyville has been far more sedate. ‘This morning, we are grateful that four people held hostage in a synagogue in Colleyville, Texas are safe’, she said the day after the attack. She then said anti-Semitism has no place in the US. It was starkly calmer than her pained cries over Smollett.

Why did the leaders of the free world sob more over a hate incident that didn’t happen than they did over one that did? It’s because everything is now judged according to identity, according to the inhuman accordance of moral worth to social and ethnic groups depending on where they appear on the ladder of woke concern. The Smollett lie had all the right ingredients: a gay, black man attacked by white supremacists (none of which happened). And so it became a cause célèbre. Colleyville, in contrast, is all wrong. A Muslim of Pakistani heritage attacking white Jews? There’s no woke mileage in that for Biden, Harris and the rest, and so it is just perfunctorily denounced or outright ignored.

This is the evil of identity politics – under the cover of ‘anti-racism’ this ideology rehabilitates racial categorisation and downplays acts of racial hatred that do not neatly fit into its self-aggrandising narrative about victims and oppressors. Colleyville and its aftermath is the latest confirmation that those of us who are genuinely committed to creating a post-racial world of equality and freedom must make a moral priority of tearing down identity politics.