Identity politics has corroded the humanity of the elites. 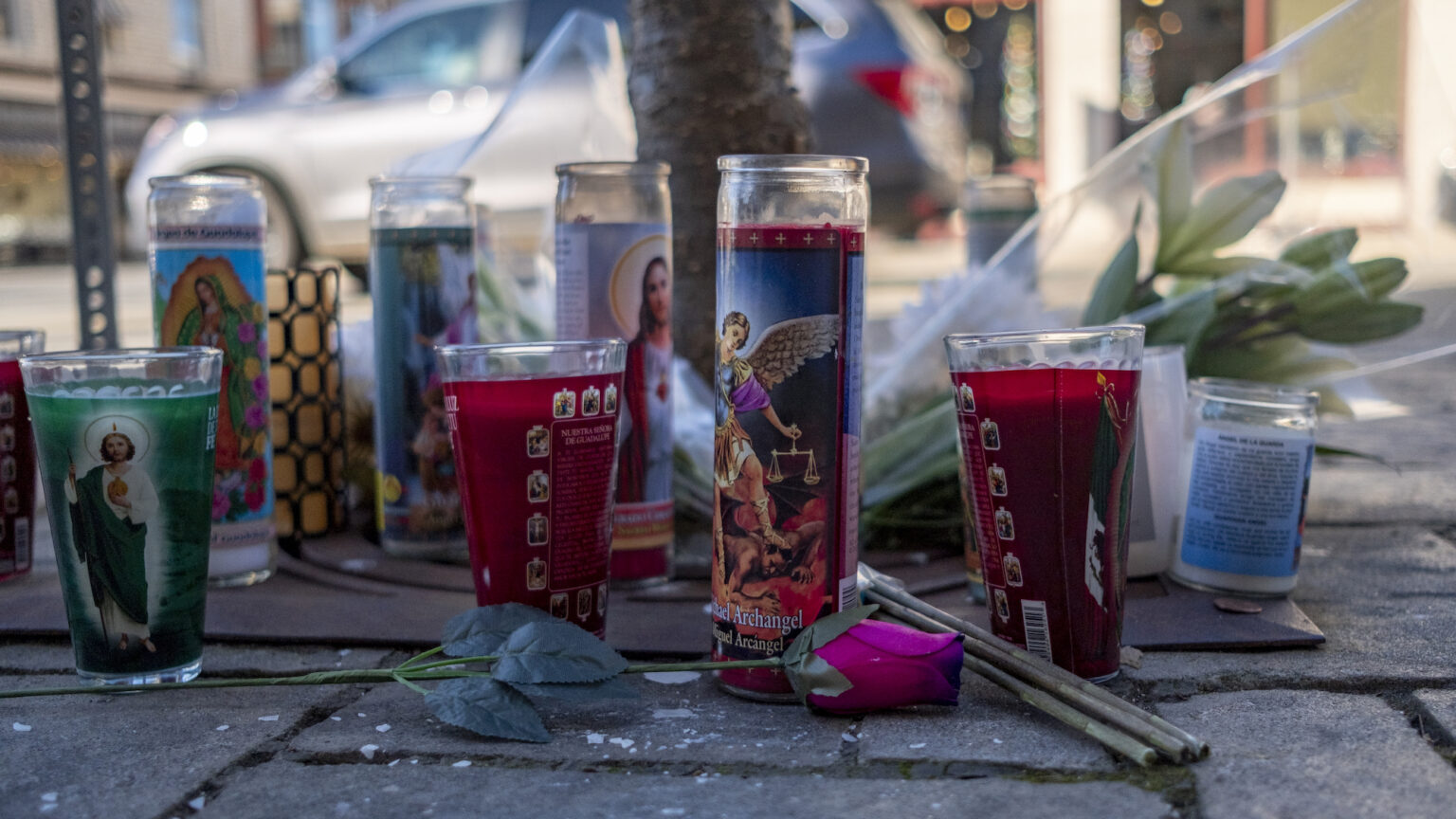 Is silence still violence? If it is, then a whole lot of people, from the Hollywood set to the virtue-signalling left, are guilty of some serious violence right now. Their silence on the Waukesha massacre, on the slaughter of six innocents by a man wielding his SUV as a deadly weapon, is deafening. More than that, it is sinister. Dancing grannies, an eight-year-old boy, people singing and cheering at a Christmas parade, all mown down. Six killed, 62 injured, in what police are treating as a suspected act of intentional homicide. That is, mass murder. And yet there’s been nothing from Hollywood stars who normally love to hold forth on terrible acts of violence. Influencers seem to have been struck dumb. There are no blacked-out squares on Instagram. The big woke corporations aren’t pumping out pained, concerned press releases. It’s just tumbleweed, everywhere.

This is the case of the brutal vehicular attack that took place at a Christmas parade in Waukesha, Wisconsin on Sunday. The death toll was grim. Three members of the Milwaukee Dancing Grannies were killed, their ages 79, 71 and 52. An 81-year-old man succumbed to terrible injuries. Two brothers – 12-year-old Tucker Sparks and eight-year-old Jackson Sparks – were struck. Tucker survived, Jackson did not. The driver of the SUV was Darrell Brooks. We still don’t know why he did what he did, though the initial reports that he was simply driving very fast to get away from a knife fight appear, unsurprisingly, to have fallen apart. Who flees a fight by driving at high speed into a tightly packed crowd of people? Brooks has now been charged with five counts of intentional homicide. A sixth may soon be added, following the death of eight-year-old Jackson on Tuesday after undergoing brain surgery for his injuries.

Where is the anger over this? The social-media solidarity? The woke left’s ferociously tweeted concern about a rising tide of extremist violence? Even here in the UK the left and the Twitterati are able to rattle off the names of the three people shot by Kyle Rittenhouse – even while conveniently forgetting that one of them was a convicted paedophile – but I bet they couldn’t name a single victim of the far larger, seemingly more intentional act of violence carried out in Waukesha. The right-on remember and mourn the horrific killing of one woman by a far-right man who used his car as a weapon in Charlottesville in 2017, and yet already they’re staring awkwardly at the ground, virtually shrugging their shoulders, over the killing of six people by a man using his SUV as a weapon in Waukesha. Is this act of violence less important? Less horrific? Why?

Yes, the wretched events in Waukesha are being covered in the media. Of course they are. But there is unquestionably something missing – the something that always, without fail, follows acts of violence carried out by white nationalists or increasingly, if we’re being frank, white people full stop. What’s missing are the angry talking heads on ‘liberal’ news outlets. The ceaseless tweeting about the scourge of violence in modern-day America. The ostentatious IG posts about the relentless rise of hate in our society. The frenzied efforts to pin the blame for this suspected act of mass murder on a politician or a commentator, on anyone who has ever said something too heated, too allegedly prejudiced. We saw that in relation to Rittenhouse. There was an explosion of it after Charlottesville. But now? All those folks are schtum.

Even the media coverage is radically different to the kind of reporting we see in the wake of other forms of violence. It is passive, treating the massacre almost as a natural disaster. Or as the evil handiwork of the SUV itself. ‘Here’s what we know so far on the sequence of events that led to the Waukesha tragedy caused by [an] SUV’, said the Washington Post. Caused by an SUV. The agency of the suspect is diminished. The problem, it seems, is killer SUVs. We seem to be witnessing in the wake of the Waukesha massacre the same kind of attempted manipulation of the emotional response that we see after acts of Islamist terrorism. It’s sad, regrettable, awful even, but don’t look back in anger. Don’t obsess over it. These things happen.

It falls to the police, and then the courts and a jury, to work out why Darrell Brooks did what he did, and whether this was, indeed, intentional homicide. But there are things we already know about Mr Brooks that make the silence of the woke elites even more curious, and shameful. We know he posted invective against white people on social media. He wrote about ‘knokkin white ppl TF out’. He shared commentary on the problem of ‘white privilege’. There seem to have been flashes of anti-Semitism in his thinking, too. He shared an image of Hitler and a meme saying the Jews in Israel are ‘false white Jews’. He appeared to be echoing the eccentric black-nationalist belief that African-Americans are the true descendants of Israelites. Shouldn’t this be more widely discussed – the fact that a man suspected of intentionally slaughtering six white people at a Christmas parade had posted anti-white comments online?

To see how perverse the woke set’s relative silence on Waukesha is, just do this simple thought experiment. Imagine if a white man drove a car into a crowd of mostly black Christmas revellers and killed six of them. Imagine if it was discovered that this white man had posted social-media comments saying we should knock black people the fuck out. Imagine if he had dabbled in white-nationalist thought experiments online. What do you think would be happening right now? It would be the only issue in media and political discussion – and rightly so. The left would galvanise itself. Marches would take place. There would be stern and frequent condemnations from the White House, rather than the quite perfunctory statements it has issued on Waukesha. It would be swiftly institutionalised as a turning-point act in modern America – proof of the existence of white supremacy, proof of the need for all-out change.

But after Waukesha? As I say, tumbleweed. The problem here, the cause of this selective outrage – of this racially selective outrage – is identity politics. The poisonous nature of the identitarian worldview has made itself crystal clear in the wake of Waukesha. Identitarianism is now so entrenched as an elite consensus opinion, everywhere from newsrooms to universities, from the radical left to the White House, that these people now even judge the worthiness of victims by their identity and the identity of the person who attacked or killed them. The killing of six white people by a black man interferes with the identitarian narrative crafted by the woke elites. It muddies what has become the core claim and organising principle of the new establishment – namely, that white supremacy is rife, that white people are a problem, and that black people are victims who require our sympathy, our tears and our knee-taking. Much of the woke modern media is far more concerned with narrative rather than facts, far more interested in propagating the ‘correct’ view of the world than in telling readers and viewers what is happening in the world. Which means even reporters now eschew objectivity, instead focusing on world events that fortify their sacred identitarian narrative while diminishing or treating passively world events that call it into question.

On the day before the Waukesha massacre, CNN published an article headlined ‘There’s nothing more frightening in America today than an angry white man’. It was all about the problem of white privilege, white violence, the ‘white male id’. I put it to you that if a media outlet had published an article on the scourge of ‘angry black men’, on the arrogance and violence of blacks, and if on the same day someone had attacked a happy gathering of black people, we would not hear the end of it. It would become a global flashpoint of political debate. But today’s pathologisation of whiteness gets a free pass, and a man who posted anti-white comments before going on to kill a large number of white people a few years later is not subjected to very much media investigation or condemnation.

Truly, identity politics has rotted the soul of the new elites. It has corroded their humanity. It has caused them to view everything through the racial hierarchies they have constructed, where whites and Jews are privileged, and therefore iffy, while black people and Muslims are oppressed, and thus deserving of softer treatment and concerned infantilisation. Racism upon racism. We will discover, soon enough, why Darrell Brooks carried out this atrocious act. But already, right now, we know from the Waukesha horror that the media elites have abandoned truth and reason for the corrosive certainties of the dogma of identitarianism.