Policing Bill: the Lords is still no friend of democratic rights

Democrats should demand the abolition of the Lords, not cheer on ‘rebel’ peers from the sidelines. 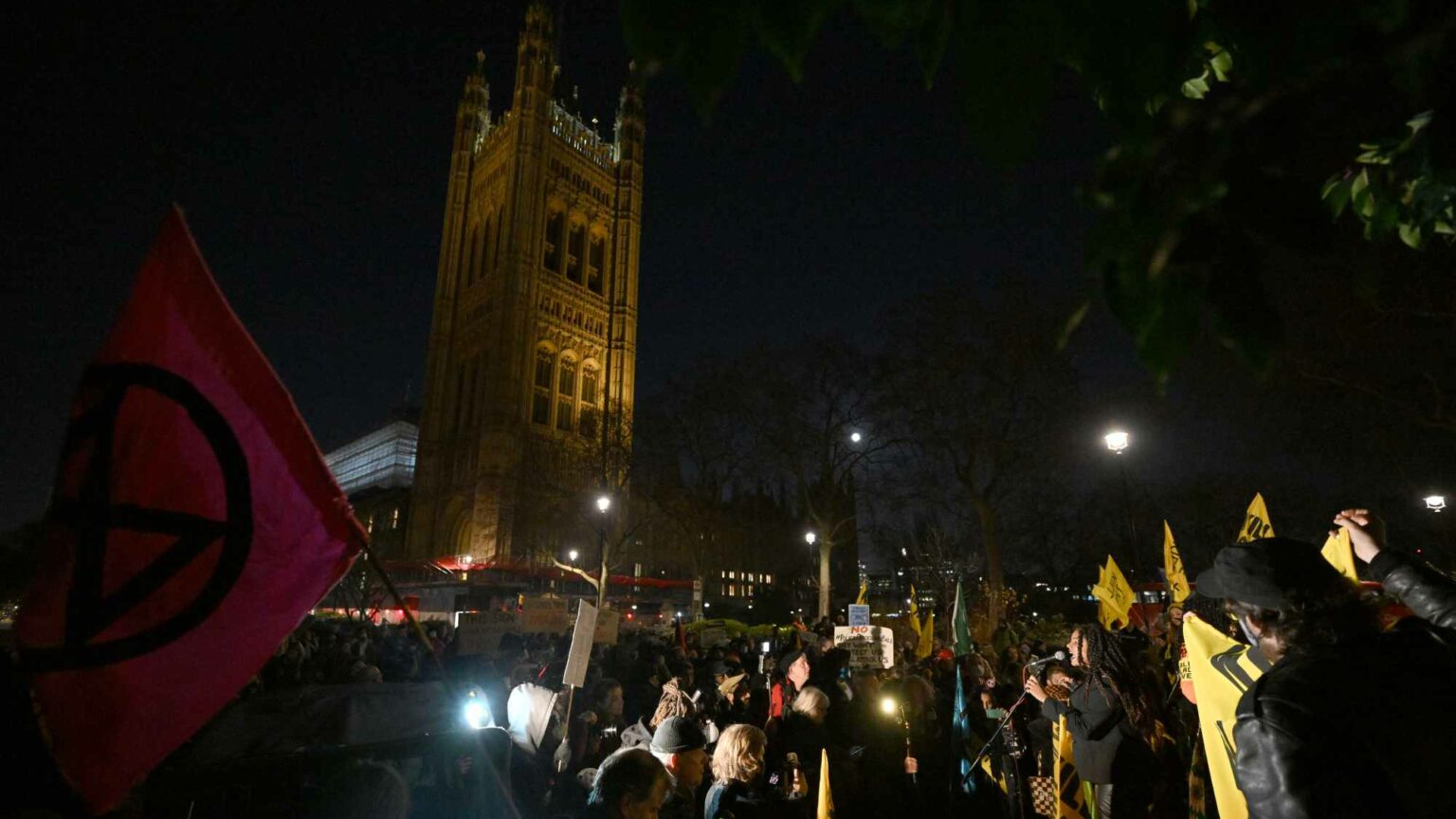 Do you want to live under knee-jerk draconian laws imposed by a government that we elect? Or would you rather put up with slightly more moderated authoritarian laws prescribed by unelected lords who we have no control over?

That is the democratic dilemma we face, highlighted by the string of defeats that UK government plans to clamp down on disruptive protests suffered in the House of Lords on Monday night. It is a question that serious democrats need to grapple with.

Instead, we have witnessed an infantile yah-boo bunfight. On one hand, remaining Tory loyalists claim that the government’s policing measures are vital to defend democracy and the rule of law against the Insulate Britain and XR mob. On the other, opposition politicians and campaigners are celebrating the Lords’ defeats of the proposals as a triumph for democracy and people power.

Both sides are taking the name of democracy in vain. The Conservative government has no real democratic mandate for imposing new back-of-the-envelope laws further restricting the precious right to protest. Yet at the same time, it is politically moronic to claim that the unelected, unaccountable House of Lords, whose very existence is an insult to democracy, could ever be a legitimate defender of democratic rights.

Both sides talk about standing up for the mass of the people or the public. The underlying problem here, however, is that the people play little or no part in such issues, which are resolved through negotiations among the political elites. This week’s events are further evidence of the need for far-reaching political change to put the people – the demos – at the heart of democracy.

To be clear: there is nothing to defend in the government’s amendments to the Police, Crime, Sentencing and Courts Bill which were voted down in the Lords. The Tory proposals range from the repressive to the ridiculous. As Luke Gittos outlines elsewhere on spiked, the highlights include outlawing ‘excessively noisy’ protests, giving police powers to search protesters ‘without suspicion’ that they might be committing an offence, and enabling courts to ban individuals with a track record of protesting from attending certain protests. These amendments were stuck on to the bill at the last moment, as it was going to the Lords, giving elected MPs no proper chance to scrutinise or debate them – a sure sign of how much respect the government really has for parliamentary democracy.

The relatively few protesters from Insulate Britain, XR and the rest are of course a pain in the neck for most of us; self-righteous, petit-bourgeois neo-puritans whose road-blocking antics were really directed against the public rather than the state. But they are no dangerous mob threatening our civilisation. There are already plenty of laws on the British statute book to deal with such disruptive protests but, as we saw last year, the police and courts refused to enforce them, leaving outraged drivers to drag the obstructive prigs off the public highway. It is a strange sort of ‘police state’ where the police appear to be on the side of a minority of protesters – so long as they are protesting for politically correct causes, of course.

But none of that is any excuse for peers and their left-wing cheerleaders to start proclaiming that they are the real champions of liberty and democracy. The House of Lords has always been at the anti-democratic heart of the British state. In essence it exists only to thwart the democratic will of the people’s elected representatives. These days, of course, peers are political appointees and party stooges rather than hereditary aristocrats, but they are not an ounce more democratic for that.

We saw the democracy-trashing spirit of the Lords in full flight during the battle for Brexit, when the unelected peers spent years conniving to try to overturn the historic popular vote for Leave, in brazen defiance of the people’s will. The Lords eventually lost that battle, but it is still waging a guerrilla war against the elected Conservative government because anti-Tories enjoy a majority in the unelected upper house.

This explains the bizarre spectacle of the British left now cheering on the House of Lords, the leftover rubbish of the Middle Ages, as if it were a revolutionary popular assembly. Thus Liberty, the leading civil-liberties lobby, hailed the Lords’ defeat of the government amendments by declaring: ‘What a night. Power to the People.’ Which ‘people’ is that, exactly? The 800-odd, ermine-robed ‘people’s peers’ were the only ones exercising any power in their bastion of political privilege.

Inside the Lords, Liberal Democrat peer Lord Paddick won acclaim for denouncing the Tories’ proposed ‘draconian, anti-democratic laws reminiscent of Cold War Eastern bloc police states’. Irony is generally not the strong suit of policemen, which Lord Paddick used to be, so he may not have noticed the problem with trying to attack anti-democratic laws in a house with as much democratic legitimacy as the sham Stalinist assemblies of yore. Indeed, you need to look further East to find an anti-democratic law-making body on a par with the unelected Lords, now the second-largest legislative assembly in the world behind only the National People’s Congress of the People’s Republic of China.

Left-wing Labour MPs were inevitably to the fore in displaying their anti-democratic idiocy in celebrating the Lords’ victory. Dawn Butler MP tweeted that ‘Tories want the elites to be untouchable and create an authoritarian regime for the rest of us’. Untouchable like the elitist, unaccountable Lords, did she mean? Fellow Corbynite MP Richard Burgon tweeted that, ‘There is a sound that reverberates through history – it’s the sound of the people fighting back against unjust laws, inequality, racism and oppression’. If Burgon knows his reverberating political history, he might recall that the British people’s noisiest, fiercest fights for justice, equality and democracy have often been against the embedded powers of the House of Lords.

Those who are serious about democracy should be using our hard-won freedom of speech and right to protest to demand the abolition of the Lords, not cheering it from the sidelines. The danger of entrusting the Lords with our liberties was evident even on Monday night, when peers also passed their own knee-jerk amendment to the Policing Bill which would make misogyny a hate crime – a proposal which would further entangle us in hate laws that, as spiked has often pointed out, do nothing for justice but threaten freedom of speech and equality before the law.

The bill must now go back to the House of Commons, where many MPs have pledged to subject it to proper scrutiny and amendment. But if they bottle it or simply fail, and the government gets its draconian proposals through, what should democrats do? Oppose state repression of course, and fight for change. But not, never, look to the Lords to save us. To paraphrase Labour’s left-wing hero, the late Tony Benn, we should surely always consider a bad elected parliament to be better than a good unelected king. Because at least we can get rid of those we elect.

Our electoral system and the House of Commons need serious reform to make representative democracy far more democratic. The powers of the House of Lords, however, remain the most egregious insult to British democracy. One thing we can be sure of in all these Commons v Lords debates is that the spirit of popular democracy, brought so alive in the Brexit revolt, is not safe in any of their hands.