The revolt against modernity

In 2021, the regressive misanthropy of green politics became crystal clear. 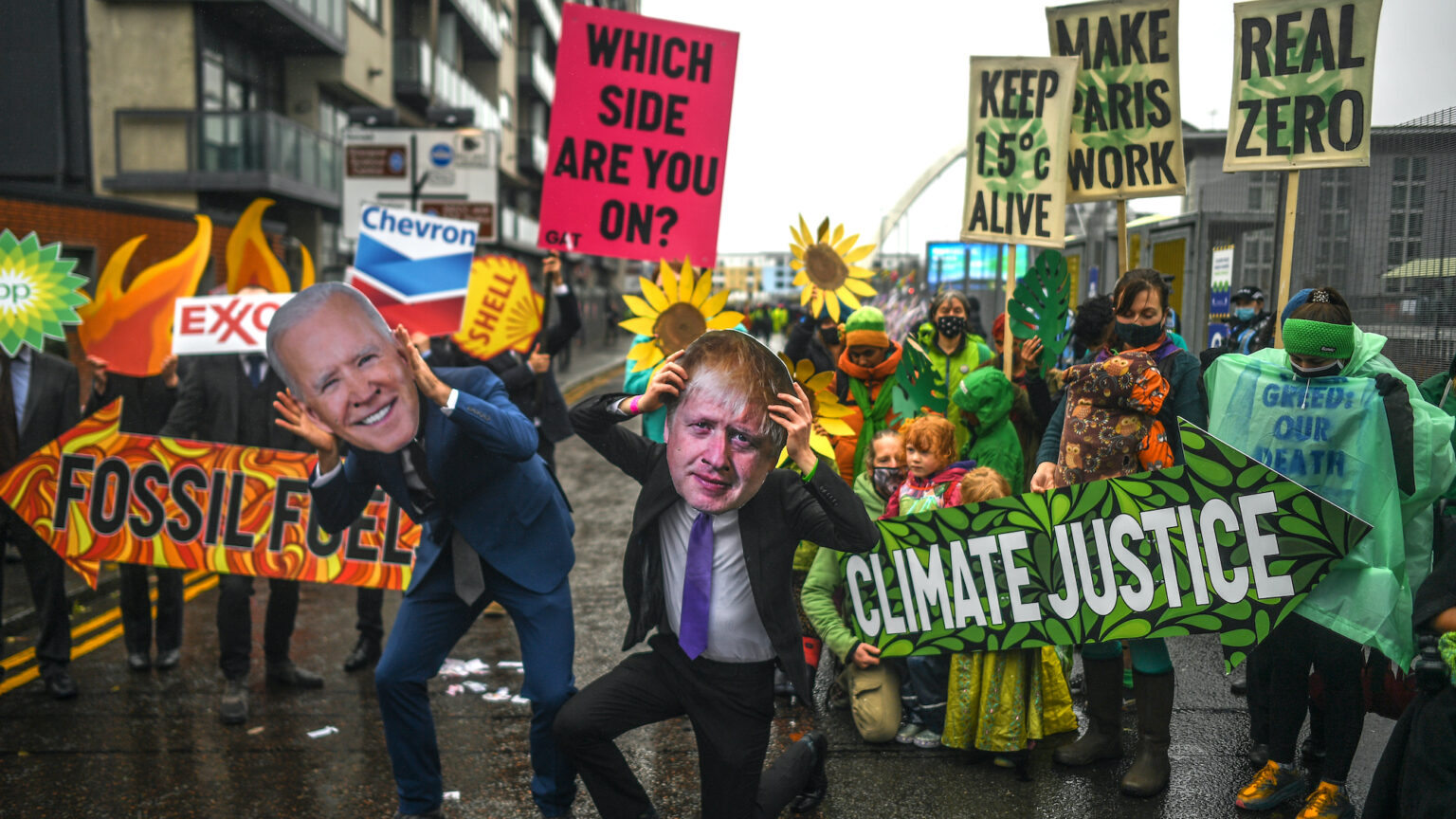 I mainly feel sorry for those who still labour under the delusion that environmentalism is a radical worldview. Those who believe that warning of End Times as a consequence of ruthless capitalist excess is a socialist position. Those who think that wringing one’s hands over the grotesque ‘footprint’ marauding humankind has left on this allegedly once-pristine planet is a good way to indict the globalist elites.

Because 2021, with COP26 and all the rest, surely proved that the opposite is the case. It surely confirmed, beyond all reasonable doubt, that green thinking is in truth the new ideology of the ruling class, and that it has become a justification for rewinding modernity and lowering the aspirations of humankind.

Something strange happened this year, and in 2020 too. Humanity was faced with a genuine crisis – the crisis of Covid-19 – and yet still the elites found the time and the space to talk about a largely confected crisis. To talk about the uber-hyped idea that human beings are propelling this planet we inhabit into certain heat death, with all our hubristic foraging for fossil fuels and our apparently crazed conviction that everyone might, at some point, be liberated from poverty through growth and industry.

The very real Covid crisis has fused with the politicised crisis of the ‘climate emergency’ to generate the increasingly authoritarian idea that it is only by tempering the brutish, greedy instincts of the human species that we can ‘save the planet’. As leading green hysteric George Monbiot argued, mere days into the first Covid lockdown, back in March 2020, ‘Covid-19 is nature’s wake-up call to our complacent civilisation’. You and I saw a virus that mankind should urgently tackle; eco-doomsters saw yet another prophecy of mankind’s diseased, destructive impact on poor Mother Earth.

For the past 21 months of infection and lockdown, greens have been mashing together Covid with climate change. They’ve argued that the Covid pandemic is a deathly illustration of what happens when humankind constructs so many global, intimate connections – trade, travel, flying, etc. And they have insisted that Covid is a stern rebuke to mankind, a call on us to rein in our energy-consuming excesses.

As Inger Andersen of the UN Environment Programme put it early on in the pandemic, ‘Nature is sending us a message’. This supposed ‘message’ doesn’t even have to be spelled out anymore. The misanthropic prejudice against modernity is now so ingrained in the elites that they all instinctively know what this ‘message’ is – nature telling us to ‘Just stop’.

In 2021, the spectre of nature warning and punishing mankind for his hubris was being raised everywhere. In August the IPCC published its latest report on the state of the climate and End of Days scribes everywhere had a field day. It’s ‘code red’ for humanity, said UN secretary general António Guterres. The planet is burning and humankind is ‘guilty as hell’, intoned the Guardian.

One observer said out loud what others only hinted at: ‘With raging wildfires, floods and pandemics, it seems like End Times – and it’s our own damned fault.’ You couldn’t have asked for a better illustration of the regressive nature of 21st-century environmentalism than this medieval self-flagellation that so many in the Smart Set engaged in this year.

This eco-hysteria, this dogmatic belief that modernity is setting the planet ablaze and unleashing disease, was further codified at COP26 in Glasgow. The great and the good arrived in their private jets and limousines to gnash their teeth over the horribleness of industrialised society and to draw up a plan for phasing out coal and other ‘dirty’ energies.

Not surprisingly, nations like India and China, whose populations haven’t yet reached such a luxurious level of development that they can sit around for days on end bemoaning the eco-impact of human extravagance, were not so keen on this neo-colonial attempt by Western elites to virtually criminalise certain forms of energy.

Boris Johnson spelt out the revolt against modernity that lies at the heart of climate-change alarmism when he used his speech at COP to complain about the invention of the steam engine. That contraption, which gave rise to the Industrial Revolution itself, was a ‘doomsday device’ that started the clock ticking on the eco-calamity we currently face, he madly said. And this is a PM who claims to stand up for British history and British greatness.

He was echoing that prophetess of doom, Greta Thunberg, who said during COP that all the foul, disgusting pollution that’s killing the planet ‘more or less… started in the UK, since that’s where the Industrial Revolution started’.

In a sense we should be grateful for the clarity these kinds of comments bring. They confirm what genuine progressives are up against today – a ruling class that has lost faith in its own project of growth and reason and which is ashamed of its achievements. Environmentalism, far from being a progressive cause, is the embodiment of this existential disarray.