Mask obsessives just want to signal their superiority over the selfish, germ-spreading others. 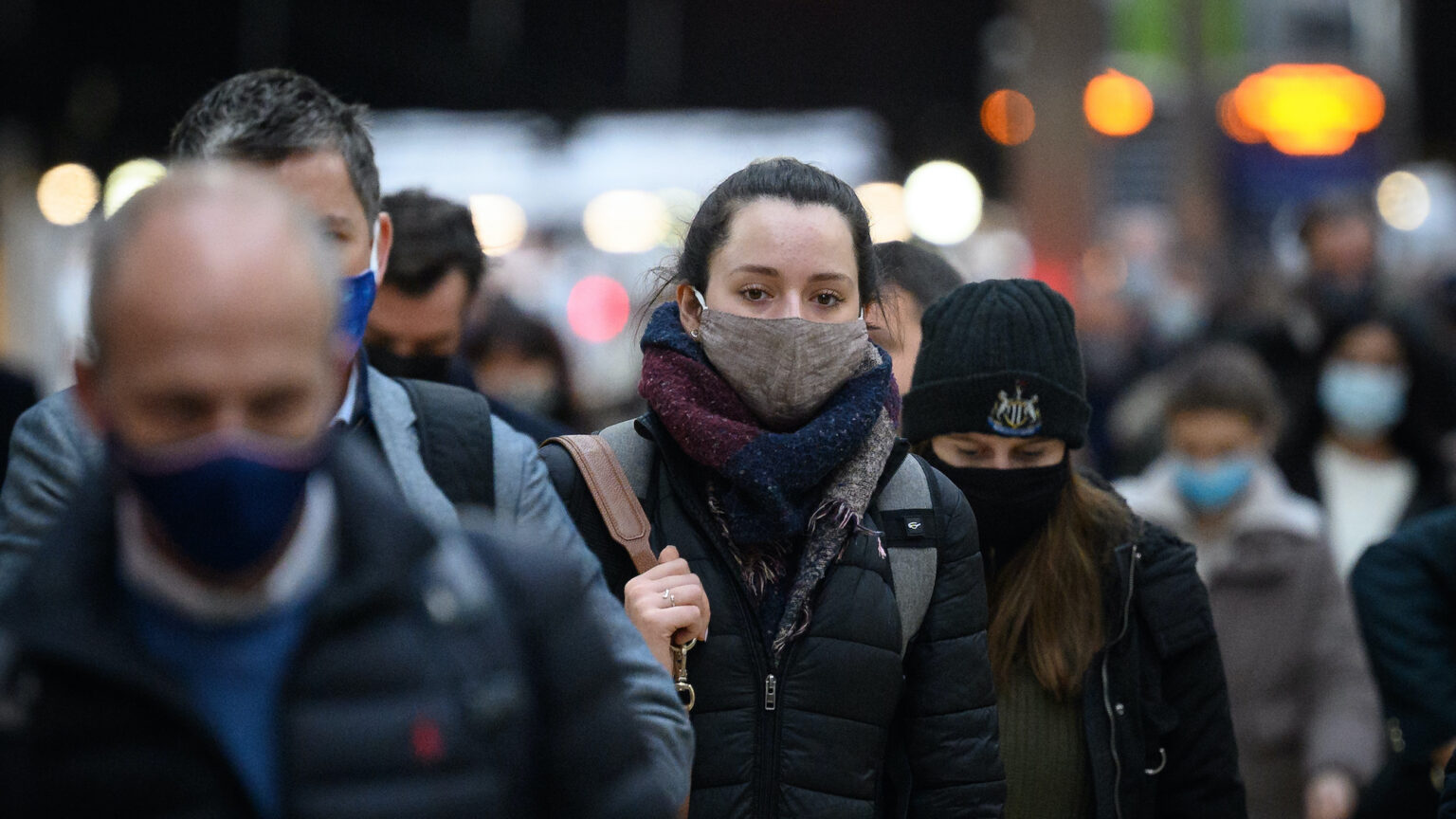 For most of us, the government’s announcement that masks are mandatory once again in shops and on public transport was dispiriting – a reminder that any return to normality is provisional. Restrictions can be reimposed at any moment.

But for those keen to live their lives forever in Covid’s shadow – always vigilant, always on guard – the return of a mask mandate was the best news they had received since last January’s lockdown. They love masks, you see. They’re obsessed with them.

Their only complaint was that the current mask mandate doesn’t go far enough. After all, if you’re going to organise your entire existence around a viral threat, partial measures just won’t do. A mask mandate in shops? Why not in cafés and pubs, too?

That was certainly the view of London mayor Sadiq Khan. ‘If you’re in a pub, bar or restaurant, particularly if you’re standing up in one of those’, he said, ‘wear a face mask’. The professional social distancers of Independent SAGE were also quick to demand the extension of the mask mandate. ‘We need to reinstate them in secondary schools, including in classrooms’, demanded Professor Christina Pagel. Fellow Indie SAGE member Professor Martin McKee went further and urged the wearing of face masks in all indoor settings. It must be quite the party chez McKee.

Perhaps if masks had a significant impact on Covid transmission and infection rates, the obsession with face coverings would start to make sense. But for all the claims made for their efficacy, and the overzealous reporting of such claims, their impact is still hotly disputed. At best we can probably say that masks, by themselves, have a small impact on the spread of Covid.

So, if it’s not their practical benefit, what is it about masks that drives their champions wild? The answer lies in the sheer theatre of it all.

First, masking up provides the performer with a sense of control over his environment. It makes him feel protected, as if he has some power over the virus. Like airport security checks, the putting on of a mask is a modern-day ritual in risk-aversion. It creates an illusory sense of safety.

Secondly, and more importantly, mask-wearing has become a symbolic performance. It is a way of signifying something about oneself as a person. It is no longer just a bit of fabric stretching over one’s nose and under one’s chin – it is a sign of one’s virtue, a projection of one’s good character. It says to the world, ‘I’m a moral person’.

As one prominent champion of lockdown measures wrote this week, ‘To me, everyone wearing masks signals a sense of community where people care for and look after each other, and we collectively protect everyone’. In other words, mask-wearers are people who possess ’empathy’, as a piece in Vox put it.

And, just as crucially, that makes mask-wearers very different to those who choose not to wear masks. The maskless are people who don’t care about others, who think only of themselves and their own so-called freedoms. As one pundit puts it, these people think their ‘right to ignore public-health advice… trumps someone else’s right to live’ – as if those who don’t wear masks are deliberately killing people with their germs.

One Guardian columnist paints a typically snobbish portrait of those she sees as archetypal mask refuseniks. They’re thoughtless types who are indifferent to the public good. They bang on endlessly about their pet conspiracy theories. And they’re nationalist ‘poppy shaggers’ who can’t help but always bring up the Second World War. Her piece is illustrated with a picture of two maskless middle-aged blokes.

This kind of derogatory stereotyping isn’t accidental. For mask-wearing to work as a symbol of virtue, those who choose not to wear masks have to be demonised. And that’s why the Great Covid Mask Debate is so angry and divisive. Because mask obsessives are not only saying something positive about themselves – they’re also saying something very negative about the unmasked. Face coverings may not have a huge impact on the spread of Covid — but they certainly impact on social solidarity.