But not in the way Michel Foucault imagined. 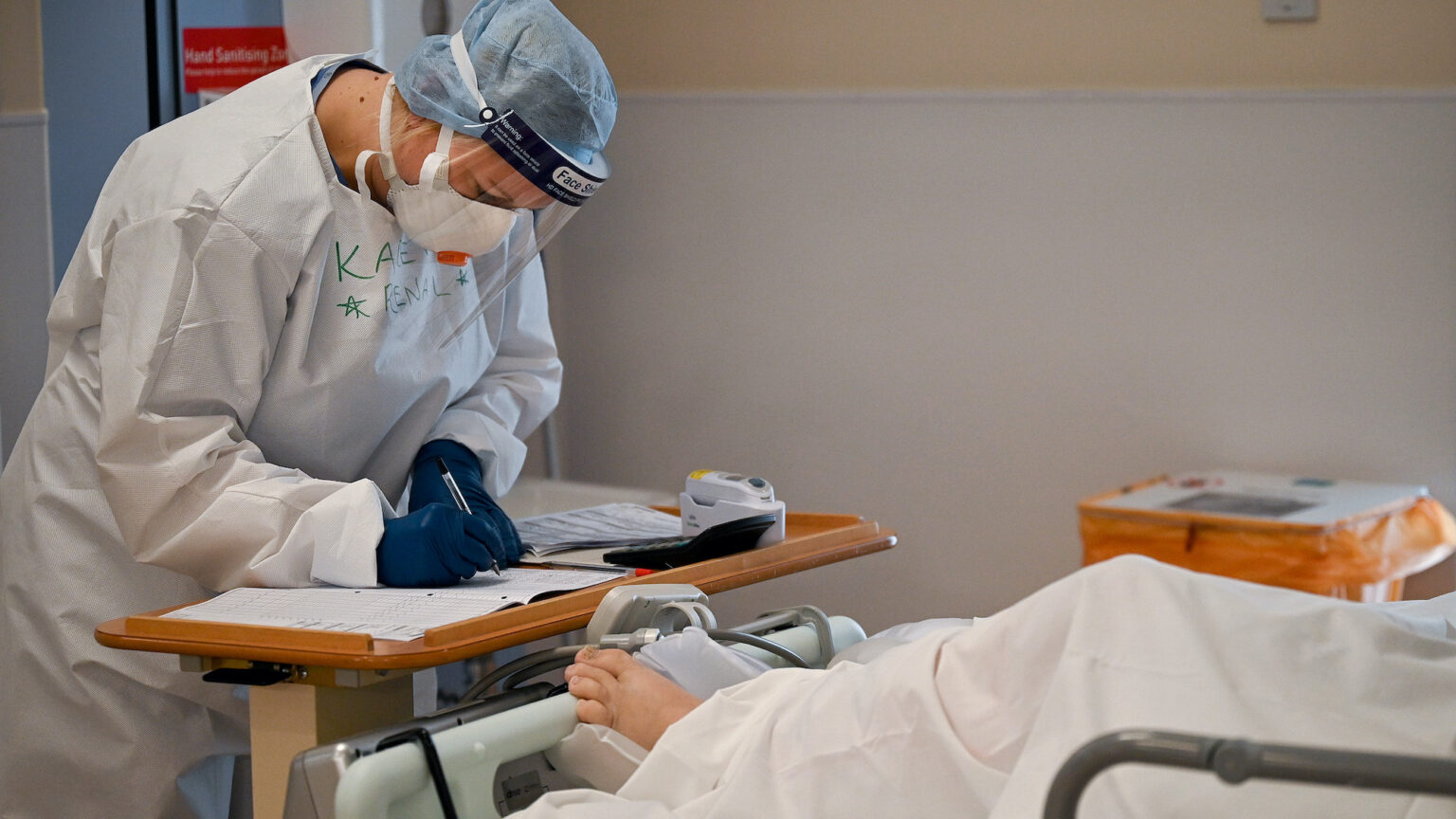 While spending some time in hospital recently for a fractured femur, I found my mind wandering to the writings of French philosopher Michel Foucault, whose name and thinking have enjoyed a revival recently, owing to his association with critical theory and wokery. My thoughts were prompted by his contentious claim that hospitals are no better or worse than prisons.

Foucault wrote in his landmark 1975 book, Discipline and Punish, that industrialised, rationalised modern society is organised around control and surveillance. This is not necessarily overt and obvious physical control, and not the dystopian type associated with George Orwell, but control of a more surreptitious and unseen type.

Foucault saw modern prisons as microcosms of modernity, places where inmates are atomised, separated, classified, numbered, inspected and forever under surveillance – whether they know it or not. The inmate, always fearing but never knowing for sure that he is being observed, internalises the morals and norms of his masters. Foucault’s notion of power being invisible or not obvious now manifests itself in modern notions of ‘microaggressions’, ‘Safe Spaces’ and ‘unconscious bias’.

Foucault saw the tendencies to try to control, normalise and rationalise everything as ubiquitous in industrialised society. ‘The judges of normality are present everywhere. We are in the society of the teacher-judge, the doctor-judge, the educator-judge… [E]ach individual, wherever he may find himself, subjects to it his body, his gestures, his behaviour, his aptitudes, his achievements.’ Foucault asked: ‘Is it surprising that prisons resemble factories, schools, barracks, hospitals, which all resemble prisons?’

But is a patient really in the same predicament as a prisoner? Are the bed-bound similarly powerless and as subject to the bodily control and ‘gaze’ of doctors, nurses and surgeons as prisoners are to the guards?

Sure, in some respects, the patient is treated as an inmate. In hospital you are literally classified and numbered, as evidenced by the white wristbands you carry on your person and the sex-specific ward you are assigned to. You are given a barcode, perhaps the ultimate form of rational dehumanisation, bearing your name and date of birth, which you are exhorted to repeat with every medical intervention. It is this kind of bureaucratic, callous rationalisation that the sociologist Zygmunt Bauman saw as the hallmark of modernity. He even blamed the Holocaust on the Enlightenment desire to ‘remake the society, force it to conform to an overall, scientifically conceived plan’.

Yet the power relations in hospitals are ambiguous. When a medic administers an injection or tablet, is she exerting her power over me, my space and my body? Or is the medic unwittingly doing my bidding, helping me to recover from an infirmity that was not her fault. Failure to do her duty here will result in her own very real discipline and punishment. As a patient, the medic is my servant. And as a citizen, the NHS worker is my employee.

To turn Foucault on his head, you could easily argue that it is the medical staff who are the slaves, rather than the masters, in the NHS Panopticon. Those in the blue and green uniforms, the masked and overworked, are expected to metaphorically slave all day for the needs and whims of those of us who lie around all day, doing nothing but eating, reading, sleeping or messing around on the internet.

In truth, it’s a power relationship that goes both ways. And it ultimately works to the benefit of both parties. Medics earn a living by making people better and saving lives. They gain a well-deserved feeling of actually doing good. In turn, we as patients hopefully recover and make our way back to normality.

In one respect, Foucault was right. Hospitals and schools are indeed like prisons, in that they all hope to make us better.

The persistence of Michael Palin

All the same, staying in hospital is boring and miserable, as one’s idle and downcast mind wanders into dark and dismal alleys. So I was glad that I had equipped myself with Travelling to Work, 1988-98, the third instalment of Michael Palin’s charming diaries.

It was strangely heartening to read that Palin – who in the public eye is an unrelentingly nice, cheerful, successful and almost perfect character – has had his fair share of knocks and setbacks.

For instance, the initial reviews for his landmark series, Around the World in 80 Days, weren’t kind. ‘Collect a fat wad of… papers and am quite shocked at the intensity of feeling’, he wrote on 12 October 1989. ‘The Times is a two-line dismissal of all our work… The Express and the Mail both disliked it with a strange vehemence… For a couple of minutes my senses smart from the unexpected virulence of these reactions. It’s like being spat at in the street. The hurt is quick.’

The reviews of his play, The Weekend, were even more cutting. Palin described 4 May 1994 as ‘a day of almost unremitting critical gloom’. In July the same year he reflected that ‘the extent of the critical clobbering was totally unexpected’.

Yet throughout his diaries Palin proves himself to be a man of resolve. He fails to be defeated by setbacks or bad reviews. He steels himself to forge a career as the foremost travel presenter of his era.

Fear of failure is the worst enemy of the writer, comedian and actor (Palin is all three). It has often been the downfall of those characteristically sensitive, tender souls who seek affirmation, applause or a mere ‘well done’.

Michael Palin’s diaries are a reminder of the power of persistence and the value of resilience.

Transgenderism has become a religion

In his book, Woke Racism, John McWhorter argues that the anti-racist movement has become a modern religion, with its secular sins and blasphemies.

As Helen Joyce observes in her book, Trans, a similar case could be made in regards to that contemporary voguish movement. After all, transgenderism’s main ambition is to turn its bizarre subjective view of the world into an objective reality, by enshrining ‘self-identification’ in law.

Believing in something that your eyes tell you is not real, and adhering to something so fantastical that it defies rational belief – this is the allure of religions like Christianity, which says that because no one understands the Trinity, it must be true.

‘Transwomen are women’, the heretic-hunting, censorious, fundamentalist herd keeps chanting, as if repeating a blatant falsehood enough times and with enough fervour will eventually make it true.

Even among non-believers, there are a great many who go along with it all, publicly pretending they believe its tenets, just to have a quiet life. Sound familiar?