The myth of Russian aggression

No, Russia is not preparing to invade Ukraine. 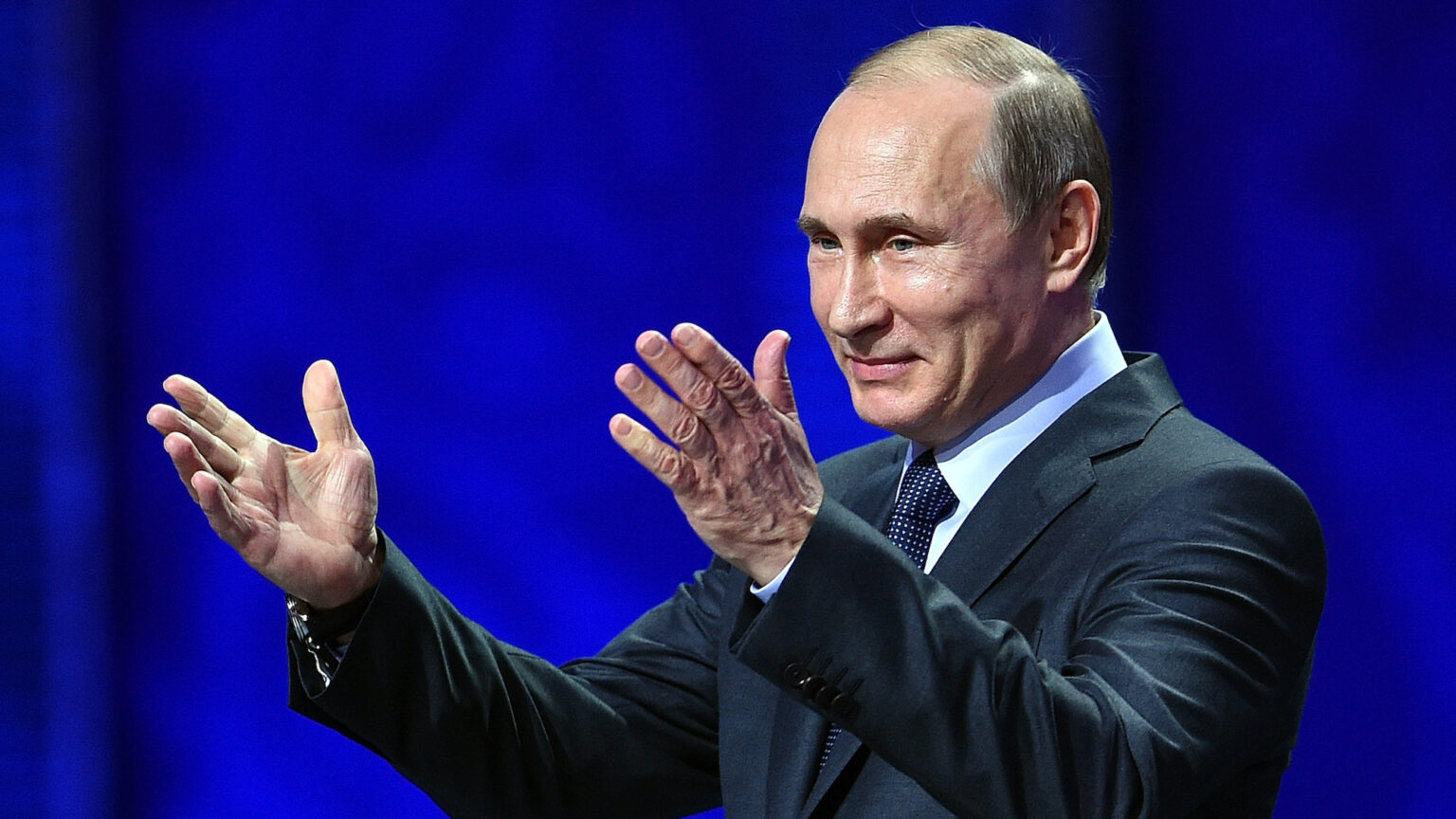 Granted, memories in the era of instant media are short. But are they so short that US and European public opinion is being invited to accept, without challenge, a new round of scaremongering about Russia that comes only six months after the last?

It was, after all, as recently as April that most of Europe was on tenterhooks over reports that 100,000 Russian troops were massing on Ukraine’s eastern border, preparing for… well, it was never quite spelled out what they were preparing for. It could have been an invasion and takeover of the whole of Ukraine, the installation of a puppet government in the Donbass, or the annexation – or ‘integration’, as Russia might have preferred to say – of that territory by the Russian Federation, on the model of Crimea in 2014. Or just a new ‘offensive’ against Ukrainian government forces in the region.

Then, not only did nothing happen, but also two rather large clarifications emerged. The first was that there were not, and never had been, 100,000 Russian troops massing on Ukraine’s border. The vast majority were at their bases many kilometres away. And second, the much smaller number who were moving around were likely to be doing so in response to reports of Ukrainian troops mustering for a spring offensive, new weapons deliveries from the UK and the US, and some rather extensive NATO exercises being conducted in the Black Sea and to the west of Ukraine.

As is so often the case, what was presented as an aggressive stance on the part of Russia was only half the story. The other half was what the US, the UK and NATO were doing not a hundred kilometres from Russia’s borders. Once you factor this in, you might just conclude that Russia was doing no more than taking prudent precautions and that any troop movements were primarily defensive.

Part of what we are seeing and hearing today is an almost exact reprise of this, even to the troop numbers supposedly on the move. But there are some differences. This time, it is not just Ukraine’s borders that are supposedly under threat. The Western fear-mongering also seems more orchestrated, with the first warnings briefed by the secretaries of state and defence in the US. These were picked up by the UK’s outgoing defence chief, General Sir Nick Carter, before Boris Johnson then promised to ‘support’ Ukraine (against the big bad Russians) in his Lord Mayor’s Banquet speech.

It might also be noted that the US seems to have made special efforts to get Ukraine’s president on board. Volodymyr Zelensky has in the past tended to play down others’ excitement about imminent Russian attacks. But last week he too warned of ominous Russian troop movements – citing US intelligence reports.

The other big difference is the migrant crisis currently playing out on the Belarus-Poland border. Despite zero evidence that this confused and distressing situation has anything whatsoever to do with Russia, many of those peddling the warnings about massed Russian troops poised to invade Ukraine detect the not-so-hidden hand of Russia here, too.

Their argument goes that Belarus and its illegitimate president, Alexander Lukashenko, can do nothing without Russia’s backing (which is wrong); that Putin is a big friend of Lukashenko (which is even more wrong); and that the whole sorry mess is part of a longer-term Russian plan to bring a Russia-Belarus union into effect and to destabilise the EU and the West in general (which, if true at all, is rebounding badly).

All the signs, such as they are, point to the migrant crisis as an exclusively Belarusian project – dreamt up by Lukashenko in the hope of embarrassing the EU, engineering the removal of sanctions and forcing Brussels to deal with him as president. All that Russia has so far done is to have offered some sort of mediation – so far rejected – before dissociating itself very publicly from Lukashenko when he threatened to block Russia’s EU-bound gas supplies. Neither of these moves suggests the Kremlin’s malign hand at work.

Of course, for those who see Russia as always and forever a danger to the West, such thinking dovetails nicely with the new alarm about an imminent Russian offensive against Ukraine. It does not, though, explain why that particular strand of scaremongering is suddenly back.

Let’s dispense with the obvious explanation: that Russia indeed plans to invade Ukraine. Why would anyone, least of all Russia, plan a military offensive in the heart of Europe at the start of winter? And why would it jeopardise approval for its Nord Stream 2 gas pipeline – which would surely be forfeit in the event of any Russian move against Ukraine? It does not make sense.

So what might? First, the US administration has been quietly mending fences with Russia and a new summit is planned. Washington’s hawks have to be convinced Joe Biden won’t sell out US interests. Some trumpeting about a Russia threat wouldn’t come amiss. Second, with NATO’s extension of operations into the Pacific theatre not going well, a Russia threat always offers NATO a new sense of purpose, especially among its east and central European members.

Third, Europe, especially Germany, needs Russian gas, and prices have soared, in part because of the EU’s own mis-steps. But Russia has to be shown that it can’t dictate terms. There has to be a bit of hard-ball before Nord Stream 2 gets its licence.

And fourth, closer to home, Global Britain is in the throes of a belated love-in with Ukraine, which includes not just military training, but building ships and supplying weapons. The Black Sea incident in June demonstrated that the UK is not above indulging in risky machismo. Now, as well as sending a ‘small military detachment’ to help Poland secure its border with Belarus, it has 600 special-forces personnel ‘set’ to be dispatched to Ukraine. Take away an imminent Russia threat, and the wisdom of subsidising Ukraine’s war machine, let alone fomenting tensions in the Black Sea, might draw more public scrutiny than it currently does.

Many disparate interests might thus help to explain why a new Russia threat is being conjured up now. But exaggerating a threat can be just as dangerous as neglecting a real one. The so far non-military crisis at the Belarus-Polish border introduces a whole new element of very human unpredictability that demands restraint, rather than hype, from all sides.