The asylum seekers who turn to terrorism

We cannot stay in denial about the fact that some refugees are embracing Islamist violence. 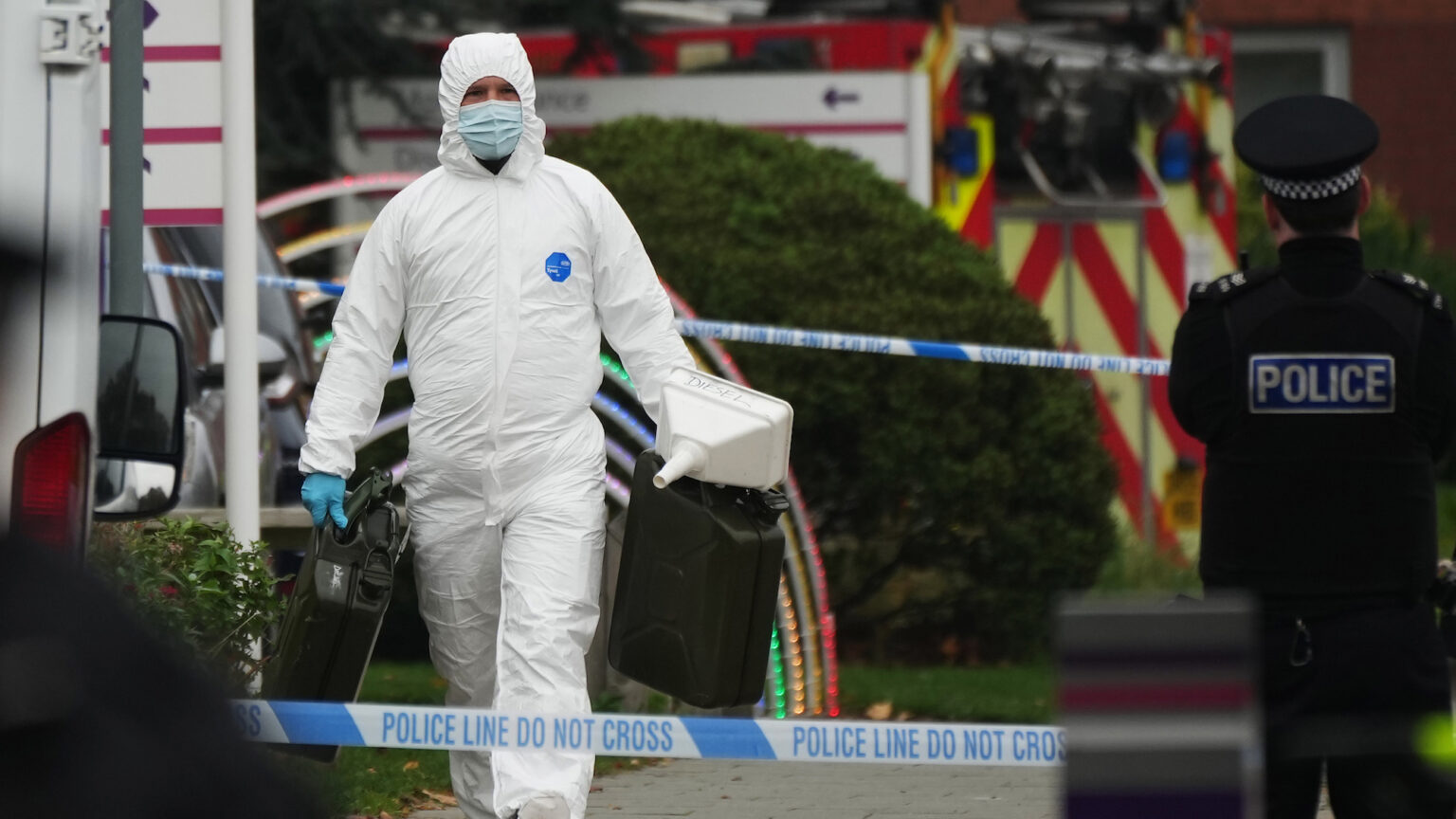 Little is known about the man who blew himself up in a taxi outside Liverpool Women’s Hospital on Sunday morning. We know his name – Emad al-Swealmeen. We know his age – 32. We know he intended to do something terrible: his homemade device, which mercifully killed him alone, was packed with ball bearings, presumably in order to inflict the maximum harm on his intended victims. But we still don’t know what his motive was or even where he planned to set off his murderous contraption – whether at the hospital itself or at the nearby cathedral, which at that very moment was packed with worshippers for Remembrance Sunday. Hopefully more light will soon be shed on this twisted incident.

But there’s something we do know about al-Swealmeen: he was an asylum seeker. And even though many people would prefer not to talk about this, that makes him part of a trend. Not a huge trend, no, but a trend nonetheless. In recent years asylum seekers or refugees in the UK have carried out, or attempted to carry out, grotesque acts of ideologically motivated violence against Britons, against their host nation. There’s a culture of denial around this problem. You’ll be branded a racist or an Islamophobe even for raising it. Such a cowardly crushing of public discussion of why some asylum seekers turn so violently against the country where they ostensibly want to be citizens threatens to make the problem even worse than it already is.

Al-Swealmeen is understood to have been an asylum seeker with Iraqi and Syrian heritage. He reportedly converted to Christianity while in the UK in 2017, though it is not known what religion he was practising at the time of his botched terror attack. Last year’s Islamist mass stabbing in Reading was also carried out by an asylum seeker. Khairi Saadallah was from Libya. In 2012 he claimed asylum in the UK and in 2018 he was given permission to stay for five years. He repaid Britain for this permission to remain by going to a park and using a kitchen knife to stab people in the head, neck and eye, all while shouting ‘Allahu Akbar’. He killed three men.

In 2017 an asylum seeker carried out the Parsons Green tube attack. Eighteen-year-old Iraqi Ahmed Hassan placed a crudely devised ‘bucket bomb’ on a tube train. It failed to detonate properly, meaning it merely injured 30 people, rather than killing scores, as Hassan had intended. Hassan arrived illegally in the UK in 2015 and was allowed to stay temporarily, in foster care. Then there was Salman Abedi, the bomber of the Manchester Arena. Not an asylum seeker, no, but the son of asylum seekers. Abedi’s Libyan parents were given refuge in the UK. Their British-born, British-educated son, when he was 22, blew himself up at an Ariana Grande pop concert in 2017, taking 22 innocent lives. That’s one life for every year Britain had provided him with a new, safe home, as commentators pointed out.

We need to talk about this. We need an honest, frank discussion about this new phenomenon of asylum seeker turned terrorist. No, this is not about demonising all asylum seekers in the UK. The vast majority of these people just want a new, peaceful life, and they should have every right to apply to enjoy such a life. Also we shouldn’t take lectures from the woke left about the problem of extrapolating from terrible crimes to demonise entire communities. After all, these people are more than happy to insist that horrible attacks such as the incel killings in Plymouth in August are a grim, violent manifestation of the broader problem of white male behaviour, or to casually talk about the sins and misdemeanours of ‘whiteness’ that white people must constantly perform penance for. These are the new enforcers of the regressive ideology of collective guilt.

No, this is simply about grappling, forcefully, with the problems facing our society. And one very serious problem right now is Islamist violence, including from asylum seekers. We need to ask ourselves why these people behave the way they do, why they will happily plant bombs or use knives against the citizens of the country that is temporarily or permanently hosting them. It seems to me that a big part of the problem is the signals British society now sends to newcomers. We constantly tell them, and everyone else, that we are a vile, racist country. Our new national narrative is one of shame and self-loathing. In political discussion, in the media, in educational institutions, in popular culture, the cry continually goes out that Britain has a shady past and a chequered present. This is a nation born in the sins of Empire and colonialism, apparently, and still peopled by various shades of bigot – Islamophobes, xenophobes, gammon-faced Empire nostalgists who can’t wait to kick out all foreigners. This is the story we hear all the time, everywhere.

It would be remarkable if this institutionalised self-loathing did not have an impact on new arrivals. If it didn’t fuse with the already-existing Islamist tendencies of radical Muslims in particular and intensify their hatred for all things British. Indeed, there is evidence that some of the Islamists who have unleashed bloodshed in Britain in recent years had imbibed the cultures of anti-Britishness and self-hatred that are now rife in mainstream politics and culture. The Parsons Green bomber told one of his schoolteachers that he had a ‘duty to hate Britain’. Salman Abedi once accused a teacher of Islamophobia, after the teacher asked him what he thought of suicide bombings, and convinced himself that a friend who was stabbed to death was the victim of a religious hate crime. Well, this is Britain, after all, where hate, especially Islamophobic hate, is widespread – isn’t that what we’re continually told? Abedi’s sister, as one news report summed it up, said Abedi longed to take revenge for all the ‘injustices inflicted on Muslims’.

If asylum seekers or their children are viewing Britain as an inherently phobic country, a horrible place, a nation they have a ‘duty to hate’, can we really be surprised? These people, like many others, will have been exposed to Britain-bashing stories and lectures almost constantly. No wonder they come to believe they have a ‘duty to hate’ this nasty, bigoted, Muslim-loathing island. Everyone obsesses over the problem of ‘radicalisation’, the implication being that simply watching an ISIS beheading video or a lecture by a hotheaded Islamic preacher on YouTube can turn someone into a violent-minded fanatic. In truth, the process of ‘radicalisation’, of people growing to loathe the country that offers them refuge and a home and foster care and education, runs far deeper than that. It is just as likely to be the ceaseless mainstream drip-drip of national self-loathing and woke obsession with Islamophobia that helps to cultivate today’s violent loathers of the British nation. Britain once sought to assimilate new arrivals into its value system; now it unwittingly incorporates them into the machine of anti-British self-doubt and self-hate.

This is the problem with the ideology of multiculturalism. It isn’t only divisive, with its obsession with defining people by their ethnic or cultural backgrounds; it also actively incites a suspicion and even fear of mainstream society, which is always presumed to harbour hateful, bigoted people and ideas. It is on the territory of this ideology of multiculturalism that radical Islam can gain a foothold. We need to get real. In the past month an MP was allegedly murdered by a suspected Islamist, and now we have the shocking events in Liverpool. The failure of the nation to feel exercised about these atrocities, to weigh up what they mean, is almost as unnerving as the events themselves. Constant wake-up calls, which nobody heeds.