The Northern Ireland Protocol: a modern-day Treaty of Versailles

The punishing terms imposed on Northern Ireland cannot be endured any longer. 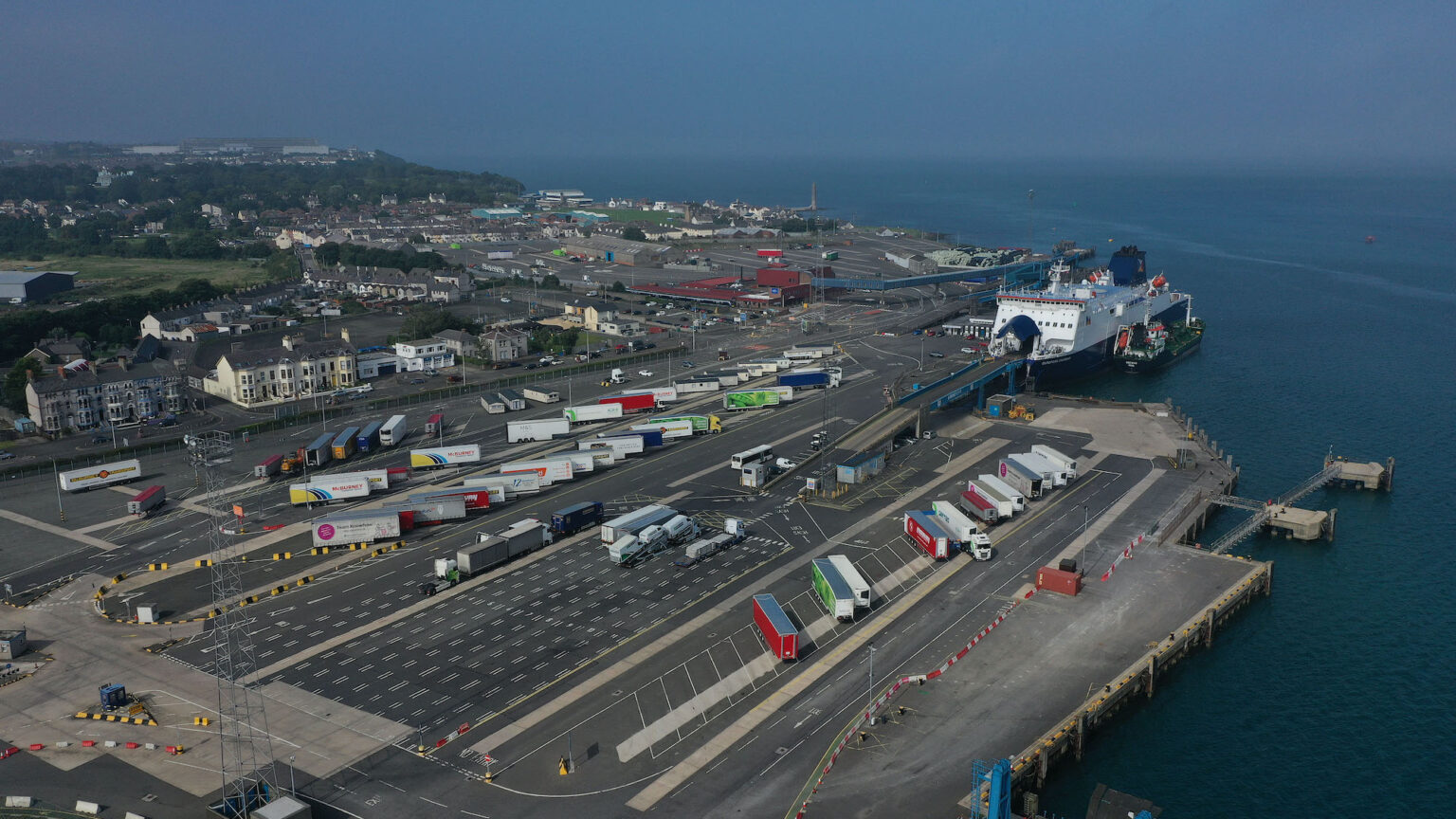 In these turbulent times for Northern Ireland, who do its people trust? A poll organised by Queen’s University Belfast last week revealed some dramatic results. Over 40 per cent of respondents said they trust the EU or the Irish government, while only one per cent said they have strong trust in the UK government. We can take this to mean essentially zero per cent – and that includes Unionists.

Unionists’ distrust of their own government is never far beneath the surface for good historical reasons, but the proximate cause of the current evaporation of trust is, of course, Boris Johnson’s broken promises. In 2018 he told the annual conference of the Democratic Unionist Party that he would refuse to keep Northern Ireland within the EU’s orbit because it would ‘leave Northern Ireland behind as an economic semi-colony of the EU and would be damaging to the fabric of the Union with regulatory checks and even customs controls between GB and NI’. Since that is almost exactly what Johnson then signed up to in October 2019, with the Northern Ireland Protocol, a sense of betrayal was inevitable.

The UK government is currently threatening to dismantle the most damaging aspects of the protocol by invoking Article 16, which allows either side to take unilateral action. And the most obvious reason for this is that Boris Johnson wants to redeem his 2018 promise, both to remove the taint of betrayal and to keep the Union intact.

Johnson is taking this considerable political risk largely to defend his personal reputation. There are few votes in it for the Tories. Few electors in the Red Wall seats will care whether the protocol lives or dies. All UK voters will start to care, however, if the Article 16 move goes badly wrong and leads to retaliations that impact on their living standards.

Some say that Johnson may relish the prospect of EU membership topping the list of issues at the next election, just as it did to his triumph in 2019. But there is a clear risk in how this might play out. Already the knives are out. Johnson stands accused of reneging on a deal he signed only two years ago. As a result, the UK will lose all trust across the globe, the FT warns. Though it is perhaps unlikely that the wider world will care all that much about this obscure trade spat, a furious reaction from the EU and from sections of the British media can be guaranteed.

The agreement to the protocol represented a spectacular coup for the EU. It was negotiated at a time of almost unprecedented division in UK politics. Unsurprisingly, Brussels exploited its advantage to the hilt. It managed to move its external customs border to within the boundaries of a neighbouring sovereign state. This minimised any disadvantages to itself while maximising the discomfort of the UK and of Unionists.

The EU may have unwisely overplayed its hand, however. In this sense the protocol mimics the Versailles treaty at the end of the First World War, when the allies, at the behest of the French, imposed extreme peace terms on Germany that John Maynard Keynes and others correctly warned would ruin the German economy and undermine its democracy. In Northern Ireland, the protocol has already undermined democracy, led to violence and distorted trade – all things the EU said must be avoided. At the same time, after almost a year of the protocol only being in partial operation, there has been little obvious damage done to the EU’s Single Market. The protocol has been an unnecessarily damaging hammer-blow to crack a rather small nut, and so there is a good argument to say it must be fundamentally reformed.

As described in July’s command paper, the UK is calling for the removal of all customs declarations and checks on goods from Great Britain that are destined to remain in Northern Ireland. Firms in NI would also be allowed to operate under UK regulations unless exporting to the EU. The integrity of the UK’s internal market would thus be largely restored, and the proposed removal of the jurisdiction of the European Court of Justice would make the remaining arrangements more like a normal trade agreement.

The UK’s preference is to achieve these aims through negotiation, and this approach has borne some fruit in the recent EU response. The EU has offered to widen the scope of goods that are deemed ‘not at risk’ of entering the EU and hence not subjected to customs checks. The EU claims that this will remove 80 per cent of checks, although it gives little indication of how these figures might be realised in practice.

The prospect of an amicable agreement is still not impossible, but the UK has been making steady progress towards invoking Article 16. The UK’s intention to recruit high-level external legal advice appears to have spooked the EU, which now takes the UK threat seriously.

At present, it seems unlikely that the EU will agree to the UK’s demands for the restoration of national sovereignty in its own territory. Nor does the EU seem to recognise the UK’s determination to tough out any retaliation from the EU. This makes the invoking of Article 16 more likely than not. The EU response so far has been to try to ‘demonstrate escalation dominance’, in the words of one official. This has involved threats of retaliation, which could even go as far as cancelling the UK-EU post-Brexit free-trade agreement. Measures such as limiting the access of British fishing boats in EU waters and removing preferential tariffs would, however, invite obvious UK counter-measures and so the EU threats carry limited credibility.

In a sense, the EU is stuck. Legalistic responses to UK action would be too slow to stop it in its tracks. And a trade war would be self-defeating and would not bring the Brits to heel, either. Brussels cannot claim that the UK invoking Article 16 is illegal, but it is likely to deny that the scale of the problems in Northern Ireland, from all the social disruption to the distortion of trade, is sufficient to justify triggering it. The protocol says that any measures taken under Article 16 should be temporary and proportionate – but this applies to retaliatory measures, too. And so any EU retaliation must also be proportionate to the damage suffered by the Single Market. Such damage is likely to be minimal.

Besides, as of next year, Ireland intends to begin checking fuel imports from across the land border for concordance with EU standards. The irony is that this involves precisely the type of border checks that the protocol is designed to avoid.

The time has clearly come for a new and more sensible approach to the border problem. We need a system of mutual enforcement, with each side trusted to protect the other’s internal market through legal and administrative devices. We are some way off that at present, but the sooner the lessons of Versailles are learned and a balanced solution is adopted, the better it will be for us all.