Biden is playing a dangerous game with Taiwan

By treating Taiwan like a US outpost he is stoking CCP aggression. 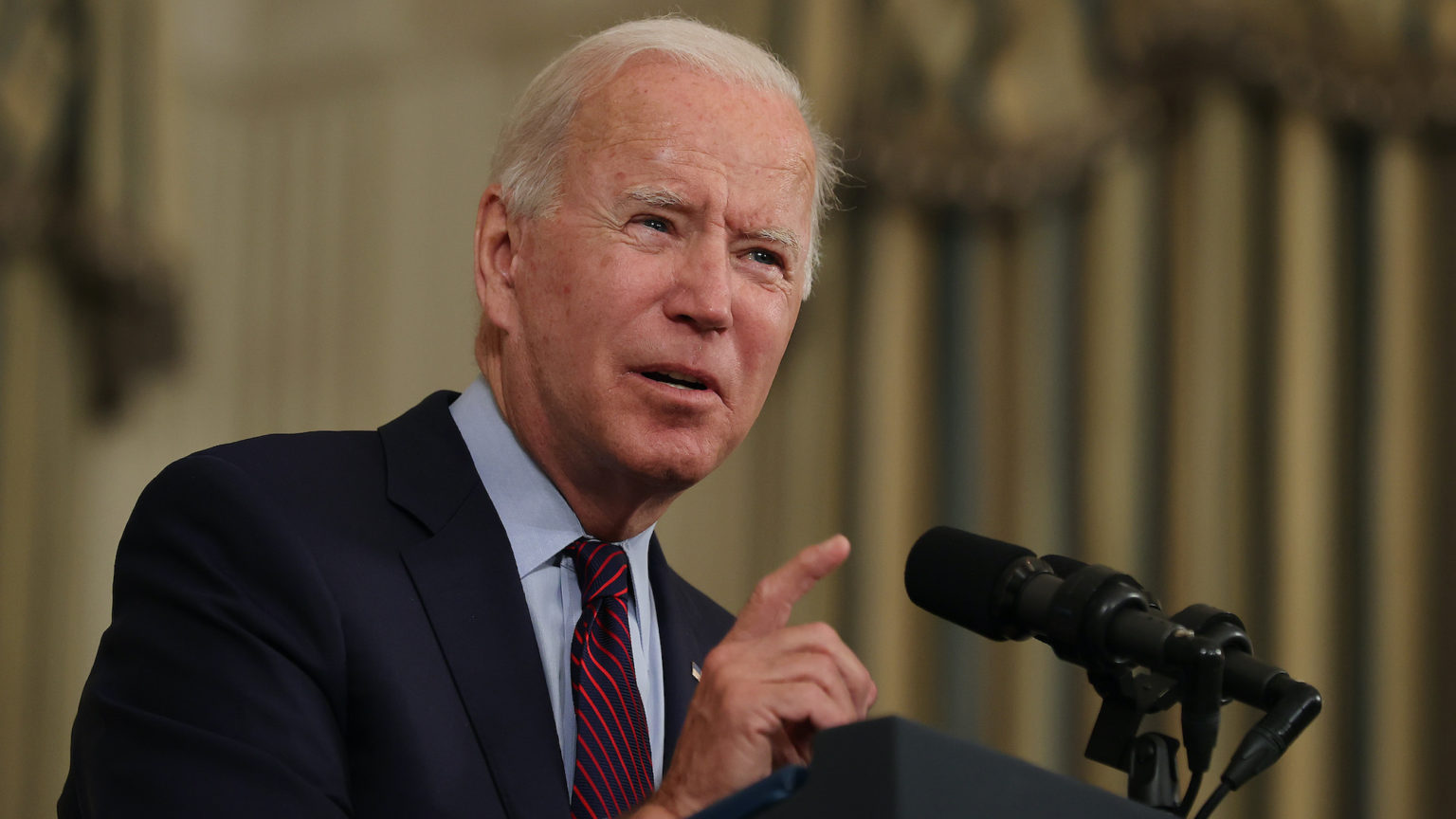 Over the past year, China has been posturing ever more aggressively in the sky over Taiwan.

People’s Liberation Army (PLA) bombers, fighter jets and surveillance aircraft have all been sent up and into Taiwan’s ‘air defence zone’ with increasing frequency. Their purpose is seemingly propagandistic. They are supposed to serve as a reminder of the Chinese Communist Party’s military strength and, above all, its claim on Taiwan. As far as the CCP is concerned, Taiwan is a breakaway province of the People’s Republic, not an independent state.

And now the CCP has upped the ante. Over last weekend and into this week, it sent nearly 150 fighter jets and bombers, some with nuclear capability, into Taiwan’s air defence zone. This represents the largest CCP incursion into Taiwan to date. Coming after the year-long escalation of aerial and naval manoeuvres over and around Taiwan, and against the background of Xi Jinping’s call last year for the PLA to ‘prepare for war’, some are fearing the worst. After all, Xi has pledged to bring Taiwan back under Beijing’s control before 2049, in time for the 100th anniversary of the proclamation of the People’s Republic of China.

There’s little doubt that China has been intensifying its campaign against Taiwan recently. For decades, an ambiguous ‘One China’ agreement – known as the 1992 consensus – held between the CCP and successive Taiwanese governments. This was led largely in Taiwan by the Kuomintang (KMT) party, which opposes integration into mainland China but also opposes full-on independence. This consensus accepted that ‘both sides of the Taiwan Strait agree that there is only one China’, although they diplomatically disagreed on the meaning of ‘China’. (Taiwan’s official name is the Republic of China.)

But in 2016, Tsai Ing-wen, from the pro-independence Democratic Progressive Party, won the presidential election. Since then relations between Beijing and Taipei have fractured. Tsai’s re-election last year, when she won nearly 60 per cent of the vote, merely entrenched the growing political antagonism.

But as aggressively as the CCP is now behaving towards Taiwan, it is not the sole reason for the deterioration in relations. For what happens in the South and East China Seas is rarely just the affair of the two Chinas. It also involves Japan and other regional powers, as well as China’s principal antagonist: the United States.

For it is America’s increasingly fractious rivalry with China that is exacerbating tensions between China and Taiwan.

It hasn’t always been this way for Taiwan. After 1979 – when the US established formal diplomatic relations with the CCP-ruled People’s Republic, and severed its diplomatic ties with Taiwan – the US’s main objective was largely regional stability. It sustained an unofficial relationship with Taiwan and sold it weapons, but it never recognised it as an independent nation. That was because the US also sought to maintain a peaceable relationship with China, too.

But over the past decade, following Barack Obama’s ‘pivot to Asia’ and away from the CCP, US foreign policy has increasingly been dominated by its political, economic and now military efforts to contain the rise of China. As a result, Taiwan has increasingly been turned into a regional pawn of the US, to be used against China.

The election of Donald Trump, which coincided with the presidency of the pro-independence Tsai in 2016, pulled Taiwan closer into Washington’s sphere of influence. Under Trump, the US sold over $18 billion worth of arms to the Taiwanese military, and unveiled a $250million complex for what would amount to an unofficial embassy in Taipei. Trump famously even spoke with Tsai on the telephone before his inauguration. This was the highest-level contact between Taipei and Washington since 1979 – much to the CCP’s predictable chagrin.

The US under Joe Biden has continued where Trump and Obama left off, turning Taiwan ever more openly into a US outpost just off China’s coast. Biden has allowed US officials to meet Taiwanese officials and he became the first president to invite Taiwanese representatives to attend a presidential inauguration.

This is not merely a diplomatic step-change in US relations with Taiwan. Biden has also authorised US warship transits near Taiwan’s coast and boosted arms sales to Taipei. There has even been talk of a resumption of long-delayed trade talks.

In his pro-Taiwan endeavours, Biden has support from both Democrats and Republicans. Indeed, such is the bipartisan animosity in Washington towards China that Congress has passed reams of pro-Taiwan legislation. So, under the US Innovation and Competition Act, the US is to help accelerate Taiwan’s acquisition of defence weapons, create a scheme for US officials to work in the Taiwanese government, and direct the US secretary of state to defend the Taiwan Strait.

The US has never been more keen to embrace Taiwan – and Taiwan has never been more willing to reciprocate. For instance, Joseph Wu, Taiwan’s foreign minister, has hailed the recent Aukus security pact, which increases the US’s military involvement in Taiwan’s vicinity. ‘We are pleased to see’, said Wu, ‘that the like-minded partners of Taiwan – the United States and the UK and Australia – are working closer with each other to acquire more advanced defence articles so that we can defend the Indo-Pacific’.

These are telling words. Taiwan is now positioned as an openly pro-US statelet just over 100 miles off the coast of China. Given all of this, it is not difficult to see why the CCP is now posturing in the sky over Taiwan – it is asserting itself in the face of what it sees as US-led belligerence. This is as much about China’s self-defence as it is about the CCP’s dream of ‘one China’. Hence this week, China’s state-backed Global Times attacked ‘the strategic collusion between the US and Japan and the [Taiwanese government]’, and warned that ‘the Chinese mainland’s preparation to use force against Taiwan secessionist forces is much stronger than ever before’.

Neither side wants war, of course – despite some of the recent over-the-top commentary. And the US announcement that a virtual summit between Xi and Biden has been scheduled for later this year shows there is willingness to ease tensions. But in the ever-drier tinder box of the Indo-Pacific, it may only need a stray spark to start a conflagration.