After refusing to say that only women have cervixes, Keir Starmer will lose even more working-class voters. 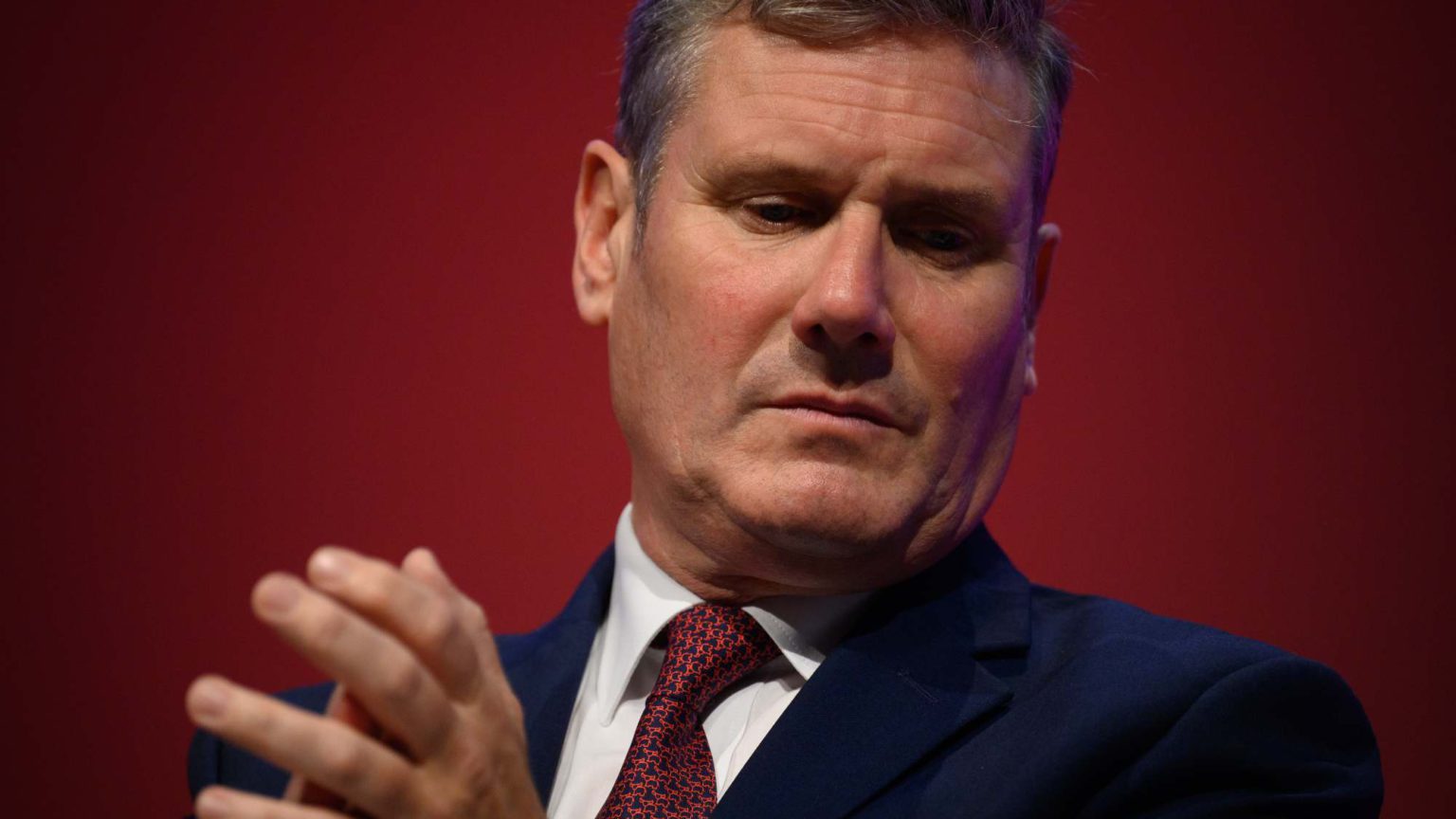 Imagine if the leader of a mainstream political party went on TV and said, ‘The Earth is flat’. Or ‘Man didn’t walk on the Moon’. Or ‘Dinosaurs never existed’. You’d think him mad. You certainly wouldn’t feel inclined to vote for him. And yet Labour leader Keir Starmer did the equivalent of this on The Andrew Marr Show this morning. Marr asked Starmer, ‘Is it transphobic to say only women have a cervix?’. Starmer’s reply was positively bonkers. That is ‘something that shouldn’t be said’, he told Marr. ‘It is not right.’

It is not right? To say that cervixes – the canal between the uterus and the vagina – are found in women only? Someone needs to buy Mr Starmer a few GCSE biology books (though, heaven knows, they’ve all probably been edited to excise the hateful, phobic idea that women and men are biologically different). Of course the real problem here is the body part that Starmer himself is missing – yes, a cervix, given only women have those, but also a spine. It is Starmer’s dearth of backbone that has led him to spout hocus pocus on national TV in the hope that it will keep the woke mob from the door.

Anyone who observes, no doubt with growing bemusement, the shitshow that is modern British politics will know why top politicians are being asked about women’s body parts on Sunday morning discussion shows. It’s because of the relentless rise of the ideology of transgenderism and of the wholly unscientific idea that you can switch sex. The borderline religion of genderfluidity, cleaved to by virtually every wing of the establishment, holds that men can become women simply by declaring it, and therefore that it is ‘transphobic’ to narrowly define ‘woman’ as someone who was born female. All the talk of cervixes and other biological realities is offensive, apparently, to people with a cock and balls and five o’clock shadow who want to be women, too.

The reason Starmer in particular is being cornered by questions about cervixes is because it is one of his own MPs – Rosie Duffield – who scandalised the woke set by stating a biological fact: that ‘only women have a cervix’. To the trans lobby and its allies, such utterances are tantamount to blasphemy, to an attempted ‘erasure’ of trans people, and anyone who makes them must be severely punished. And so it is that Ms Duffield has been the victim of a vicious smear campaign, and has all but been put in the ducking stool by woke culture warriors who believe that any woman who questions the gospel of trans is a denier, a heretic, a witch.

Marr was essentially giving Starmer a chance to express solidarity with Ms Duffield – and, just as importantly, to acknowledge the existence of biology – but, remarkably, Starmer fluffed it. In this interview, in that moment, he made a terrible moral error and a catastrophic political choice. He chose to align with the reality-denying agitators of the increasingly unhinged identitarian ‘left’ rather than with women, scientific truth and the vast majority of working-class voters, who know that women and men are different. Starmer has made many mistakes over the past two years, but his failure plainly to say ‘No, it is not transphobic to say only women have cervixes’ could prove to be the final nail in his political coffin.

We have to start getting real about why this issue matters. The idea that a man can click his fingers and become a woman – literally a woman, in the eyes of the trans movement – is 21st-century Flat Earthism, plain and simple. Punishing expressions of biological fact is as ridiculous and tyrannical as it would be to punish people who say the Earth is spherical. In saying ‘It is not right’ to say that only women have cervixes, Starmer is essentially taking leave of the world of reason and publicly swearing loyalty to the new irrationalism instead. Why any of us should trust a man who is too scared to state biological facts to run a country as complex, modern and dependent on science as ours is beyond me.

Then there’s the other part of Starmer’s reply to Marr. Women having cervixes is ‘something that shouldn’t be said’, he declared. So STFU? That’s his message to feminists and others who would like to define what a woman is and what specific rights she might need? Starmer said he has had a phone chat with Ms Duffield and he says we need a ‘mature’ debate about trans issues. No, sorry – this isn’t good enough. Starmer was shamefully silent during the latest woke onslaught on Duffield and other Labour women who believe that blokes should stay out of women-only spaces. He can’t now pose as the moderate voice, especially when his pontifications about things that ‘shouldn’t be said’ sound to the rest of us like politer, more lawyerly versions of the bile-infused rage with which certain activists have tried to shut down women who dissent from the trans religion.

What has happened with Starmer today is actually really important. He has finally joined the culture war, but on the wrong side. He has taken the side of the irrational, the misogynistic, the intolerant, rather than the side that prefers freedom of speech, open debate and scientific truth. That’s the thing about so many on the left, whether it’s the so-called radicals or centrists like Starmer – they fantasise that they are above the culture war, which they view as a foul, noisy, right-wing phenomenon, when in truth they’re in the thick of this war. They’re its key protagonists. It isn’t those of us who say ‘Transwomen are not real women’ who are launching a culture war – it’s those who have spent years ruthlessly denigrating the science of biology, promoting the hocus-pocus idea of 72 genders, and demonising and silencing anyone who dares to disagree. This is the most peculiar thing about the culture war: its most vociferous lieutenants deny being involved in a war at all and instead denounce anyone who resists their moral crusade as the real culture warriors.

Today, Starmer signalled his fealty to the intolerant crusaders who wish to overhaul everything from biology to women’s sex-based rights, from freedom of speech to scientific truth. That sound you can hear is yet more bricks in the Red Wall tumbling down. It is now incumbent on the rest of us to stop being so sniffy about the culture war, and certainly to stop fantasising that if we ignore it then maybe it will go away. It won’t. It’s raging and the bad guys are winning. It’s time that those of us who value reason, liberty and moral courage dusted ourselves down and said out loud all the things they tell us ‘shouldn’t be said’.