It has sided with an abusive, threatening mob over one of its own MPs. 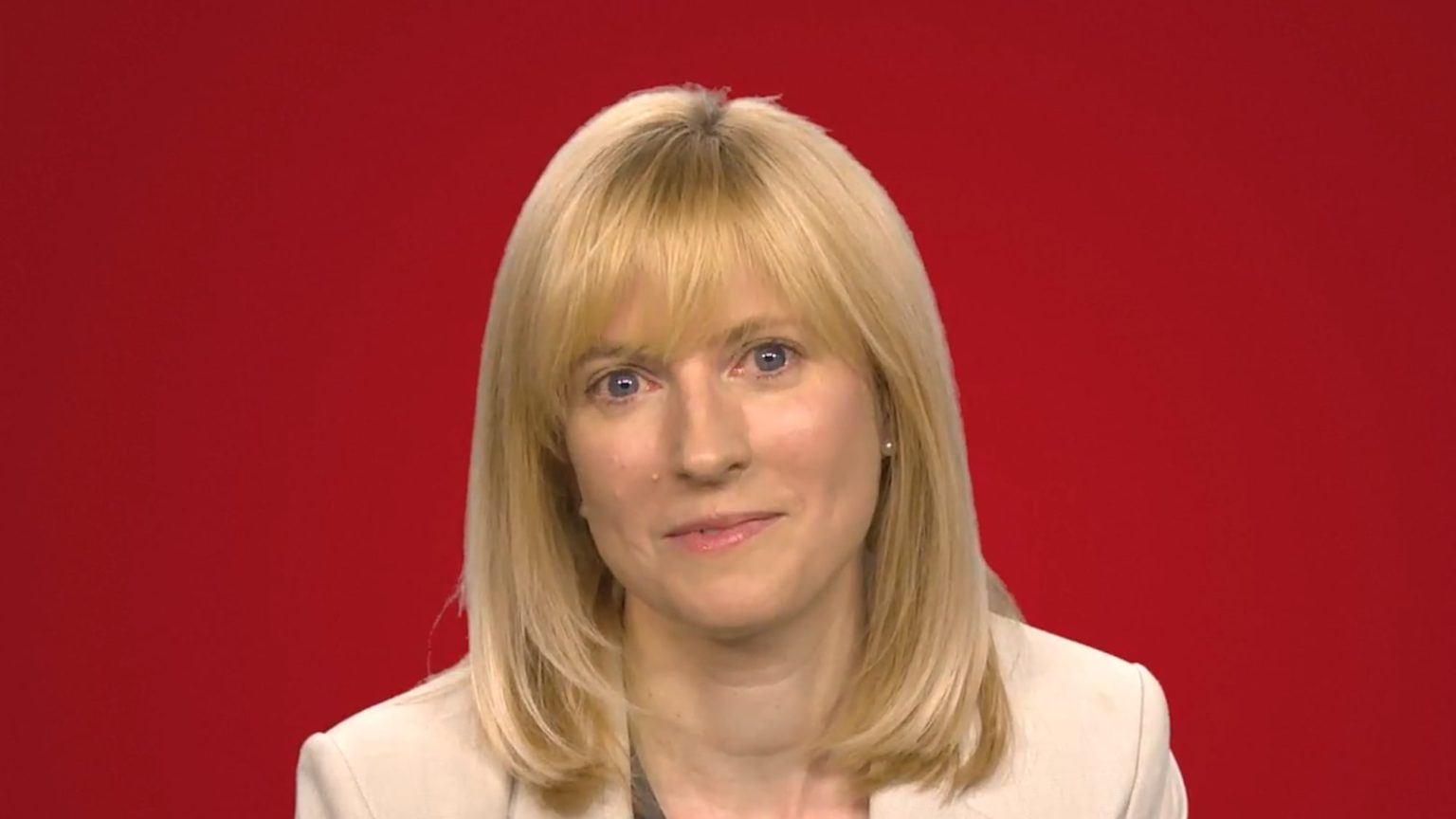 The Labour Party prides itself on being a broad church. A commitment to diversity and inclusion lies at the very heart of its constitution. But news that Rosie Duffield is to miss this year’s Labour Party conference because of threats to her safety exposes such claims as utterly vacuous.

I live in Canterbury and Rosie Duffield is my MP. Back in 2017, she was feted for turning a century-old blue seat red. After scoring her second electoral victory in 2019, Labour-supporting pundit Owen Jones shared a snap of himself proudly standing alongside Duffield in a constituency rally he had organised. Less than a year later, Jones dug out the picture once more, this time to ‘apologise publicly’ for his actions and to say that he was ‘genuinely mortified’ about having ever shared a platform with Duffield. He’s not the only one to have had a change of heart. For simply stating biological facts, like ‘only women have a cervix’, Duffield has been hounded and abused on social media. Now, it seems, online abuse has turned into offline, real-life security threats.

Labour’s middle-class supporters loved the softly spoken MP when she was agitating for us to rejoin the EU. They were Team Rosie when she argued that misogyny should be a hate crime and that police should spend their time recording incidents perceived to be motivated by hostility towards women. And they simply adored her when she spoke tearfully in parliament about her own experiences of domestic abuse and coercive control.

People just couldn’t get enough of Duffield the victim feminist. But the problem was that she didn’t stop there. Duffield’s crime has been to define the people her feminism aims to support. When she talks of protecting women, she makes that clear she means adult, human females – those biological creatures in possession of a vagina and XX chromosomes. Duffield has said her feminist and gender-critical beliefs ‘mean that while I’ve always fully supported the rights of all trans people to live freely as they choose, I do not accept self-ID as a passport for male-bodied biological men to enter protected spaces for biological women’.

Of course, fully supporting the rights of trans people to live as they choose counts for absolutely nothing if you do not wholeheartedly endorse self-identification bunkum, too. The abuse Duffield is subjected to for her carefully measured statements is truly astonishing. She’s been labelled a transphobe and a homophobe for good measure. Countless tweets, blogs and articles rail against her – some in the crudest, most offensive terms imaginable. When the likes of Owen Jones claim to be ‘genuinely mortified’ by Duffield, they pave the way for a stream of vile insults. LGBT+ Labour takes every opportunity to demand that Keir Starmer ‘take action’ against Duffield and withdraw the party whip, and the leader of Canterbury City Council has condemned her in the local paper.

What is truly shocking is the complete absence of Labour MPs rallying to Duffield’s defence. They may once have praised her feminist speeches but sisterhood, it seems, has its limits. Labour women may argue against coercive control, but when it comes to abuse from trans activists, victim-blaming is all the rage. Rather than defending Duffield, Labour’s deputy leader, Angela Rayner, has urged her to ‘reflect’ on her views. Instead of supporting Duffield, the party machinery prefers to subject her to formal investigations simply for ‘liking’ a tweet.

Even now, when Duffield has called out the ‘mostly male aggression and verbal abuse’ that has ‘resulted in changes to my personal safety and security arrangements’, Labour’s response is to do anything other than defend her. Starmer’s silence on the matter suggests he’s quite happy that Duffield now feels obliged to stay away from this month’s conference, even if this leaves her effectively cancelled from her own party. This is shameful. Under Starmer, Labour’s broad church seems to mean that a mob of woke bullies gets to dictate party policy. For all the grand rhetoric of inclusion, diversity and feminism, the Labour Party cannot even support one of its own female MPs when she is being subjected to harassment and abuse.

The truth is that Labour sold out to trans activists years ago. During the 2020 leadership race, contenders Lisa Nandy and Rebecca Long-Bailey signed up to a pledge written by the Labour Campaign for Trans Rights (LCTR) that described feminist organisations, like Woman’s Place UK, as ‘trans-exclusionist hate groups’. And let’s not forget that this was the party that elected male Lily Madigan as constituency women’s officer and national women’s officer for Labour Students – taking away a place from a female. Labour also fully endorses updating the Gender Recognition Act to allow for gender self-identification. When Labour says it is committed to equality and inclusion, it means equality and inclusion for trans people – not for women and most definitely not for gender-critical feminists.

In its abject failure to support Rosie Duffield, Starmer’s Labour reveals itself to be a party so in hock to a woke elite that it is prepared to tolerate vile misogyny and physical threats against one of its own MPs. This is despicable cowardice.