The ACLU morphs into the Ministry of Truth

The ACLU has erased the word 'woman' from a Ruth Bader Ginsburg quote. This is sinister stuff. 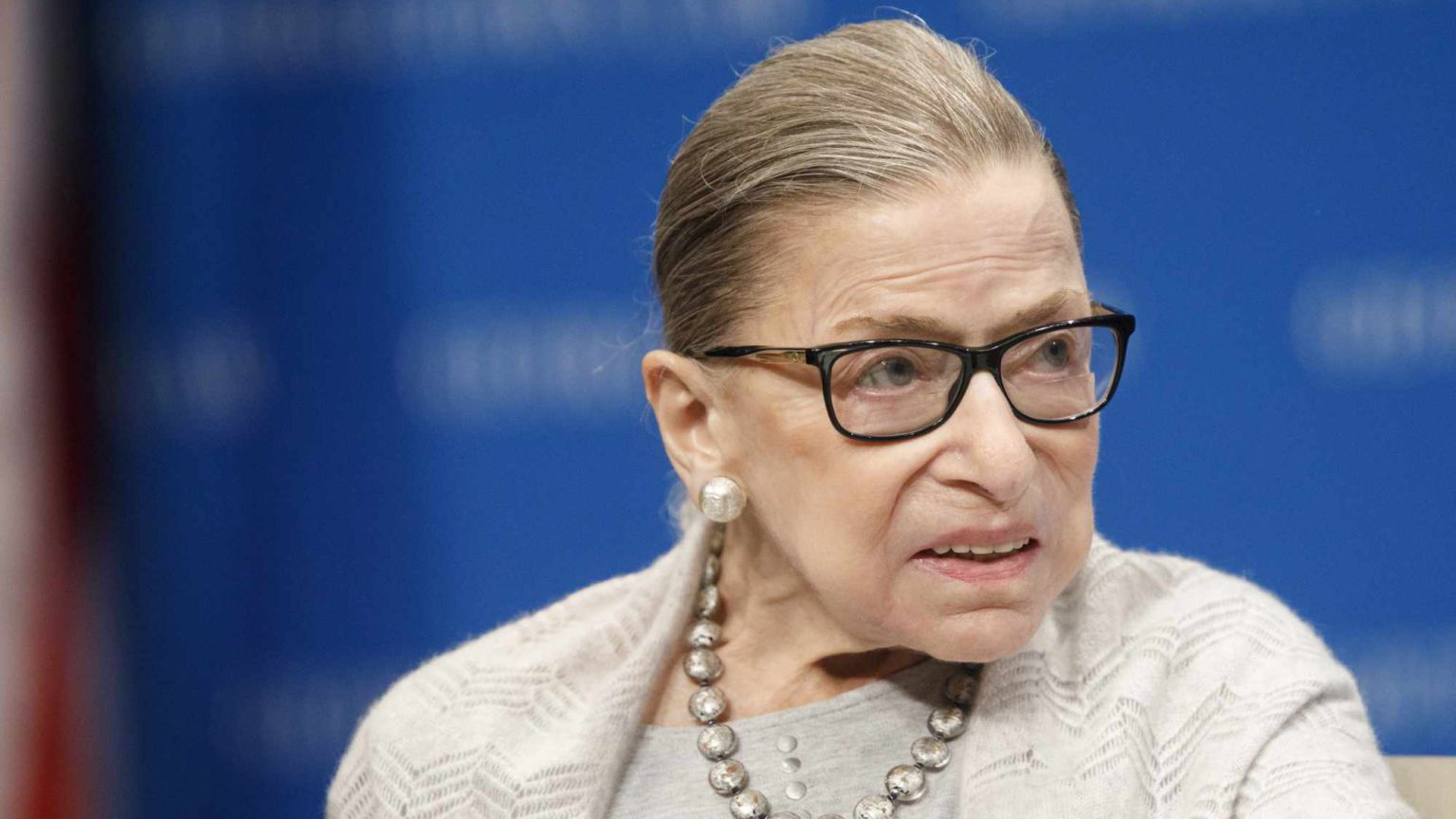 The word ‘Orwellian’ gets bandied about a little too much in the 2020s. But really, no other word will do to describe the ACLU’s latest antics. The American Civil Liberties Union, once the firmest of freedom’s defenders, has put out a quote from Ruth Bader Ginsburg, but not before erasing a certain word from it. What foul language did RBG use that forced even the liberal behemoth that is the ACLU to take the scissors of censorship to what she said? She said ‘woman’. That’s it. For that, one of America’s most celebrated justices has been given the Ministry of Truth treatment by one of America’s most celebrated defenders of constitutional rights. What is going on here?

The ACLU did its bizarre impersonation of Nineteen Eighty-Four’s Ministry of Truth on Twitter. Just as that dystopian ministry exists to rewrite history to ensure that it corresponds with the Party’s current view of the world, so the ACLU now seems to think its job is to mangle old quotations so that they don’t offend 21st-century woke sensibilities. This is what the ACLU has Ginsburg saying in its tweet: ‘The decision whether or not to bear a child is central to a [person’s] life, to [their] wellbeing and dignity… When the government controls that decision for [people], [they are] being treated as less than a fully adult human responsible for [their] own choices.’

Person? People? They? Ginsburg didn’t use those words. She said woman, women, she. In two short sentences, the ACLU has carried out five acts of censure. It has corrected what it clearly believes was wrongthink on the part of Ginsburg. Ginsburg, who was a justice of the Supreme Court from 1993 until her death in 2020, may have been a much-honoured warrior for women’s rights, but she is guilty of having used incorrect speech in the eyes of the woke scolds who appear to have taken over the ACLU. She said ‘woman’, when as every good and obedient PC person now knows, we don’t use that word. It is potentially offensive to trans women or men who identify as women or non-binary people or whatever other group we are currently elevating above women and their right to talk about themselves and their lives.

This bizarre act of censure also tells us a lot about today’s culture war on language and women’s rights. Anyone who says the problem of ‘wokeness’ is being exaggerated needs to give their head a wobble. When even an institution whose entire raison d’etre is defending liberty feels the need to take a Year Zero cudgel to a past utterance of the w-word, we know that speech-policing – and its ultimate goal of thoughtpolicing – is out of control. The generational churn at the ACLU now seems to be complete. Out have gone the genuine libertines of the Sixties and Seventies who defended free-speech rights even for those they loathed – the KKK, Nation of Islam, actual Nazis – and in their place are younger, woker, more intolerant campaigners who won’t even defend the right of Ruth Bader Ginsburg to say ‘woman’. The fall of the ACLU, its corruption by woke ideology, is a lesson in what happens when you elevate nebulous goals like ‘social justice’ over that most essential liberty – freedom of speech – and when you buy into, rather than ruthlessly resisting, the reactionary idea that protecting people from offence is more important than standing up for our right to say, write, think and believe whatever we want.

And what’s so wrong with the word ‘woman’ anyway? Here’s where we get to one of the most sinister aspects of the contemporary culture war – the rage against women’s rights and against the entire idea of womanhood. The transgender ideology has been so thoroughly imbibed by virtually every wing of the establishment that it is now becoming a risky business to state biological facts or to insist that womanhood is a real thing and that women ought to have the right to oragnise and associate only among themselves, if they wish. All of that is ‘transphobia’ now. This is the most alarming accomplishment of the trans lobby and its shrill, censorious allies: it has transformed women’s rights into a hate ideology. It has redefined feminism as a form of bigotry. It has created a situation where biological males can enter into women’s spaces, punish women for wrongthink, and launch furious campaigns of hatred and demonisation against any woman who refuses to genuflect to the trans ideology. As I have argued before, trans activism increasingly looks like misogyny in drag.

This is what the ACLU is implicitly saying about Ruth Bader Ginsburg: that she was being ‘transphobic’. We really need to hit the pause button on all this insanity. If even someone as globally respected as the late RBG is not safe from the judgement and censure of the 21st-century thoughtpolice, what hope for the rest of us?