The never-ending ridiculousness of Justin Trudeau

Canada’s PM isn’t a politician in any meaningful sense – he’s Tumblr made flesh. 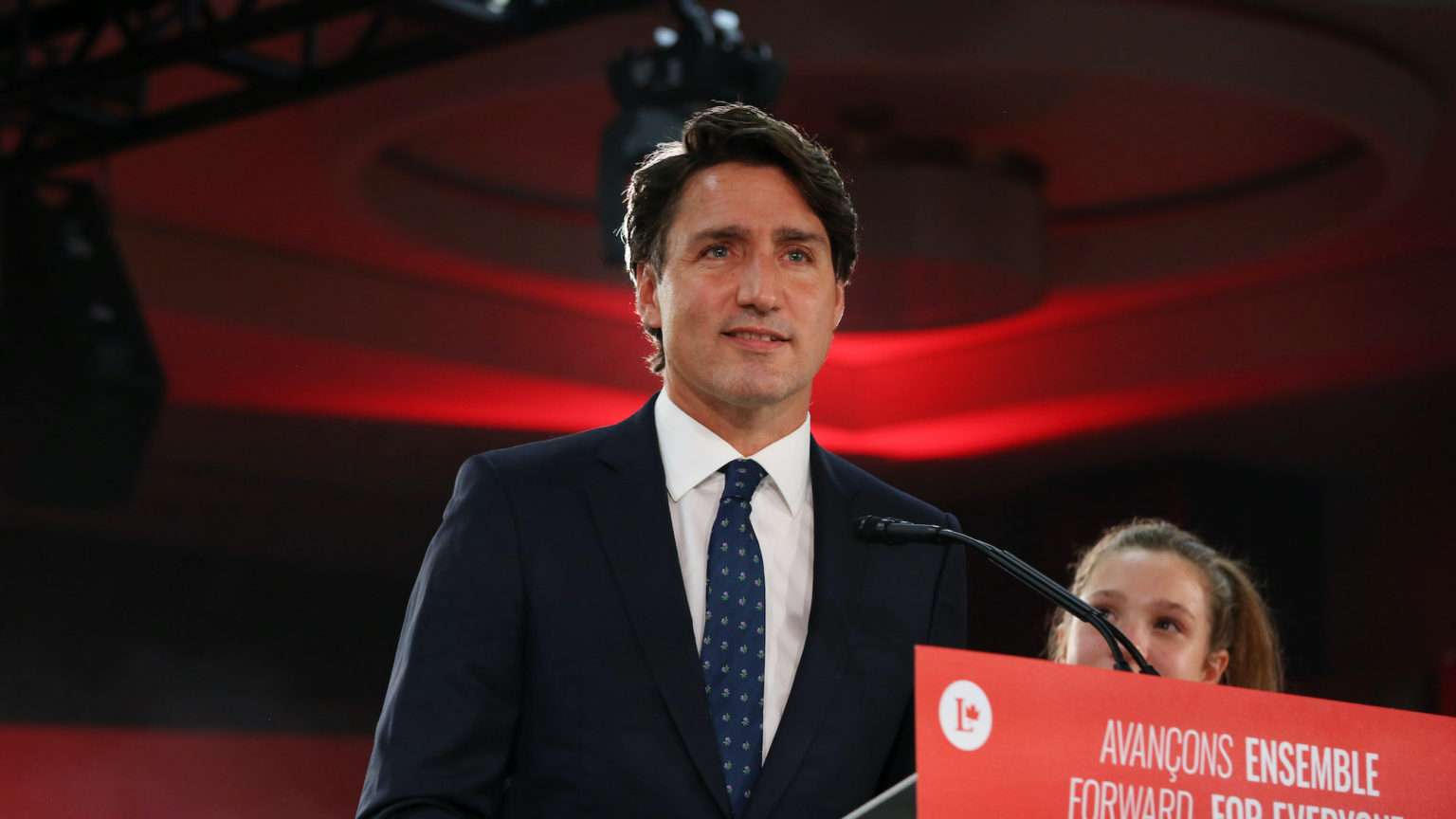 Are there any photos of Canadian PM Justin Trudeau where he isn’t in blackface? I’m struggling to remember the last time I saw one. There he was again yesterday, this wokest of world leaders, this darling of centrist Twitter, covered in black facepaint and sticking his tongue out. You know, like those dark-skinned foreigners do. The pic is from an Arabian Nights fancy-dress party – man, the bourgeoisie are weird – that Trudeau attended in 2001, when he was 29. Twenty-nine. If you’re on the cusp of 30, at the dawn of this new millennium, and you still don’t know it’s wrong to don blackface, there’s something wrong with you.

This is only the latest in a long line of Trudeau blackface scandals, of course. The man appears to have spent a significant chunk of his younger years blacked up. There are three blackface incidents that we know of. There could be more. As one headline put it: ‘Trudeau says he can’t recall how many times he wore blackface make-up.’ Imagine blacking up so often you can’t remember all the times you did it. Trudeau’s defenders say it was youthful daftness. Really? I don’t know a single person who has ever blacked up. I know people who have done daft things, of course. But not that.

Trudeau’s penchant for blackface is very odd. He puts it down to the fact that he has always been ‘more enthusiastic about costumes than is sometimes appropriate’. Riiight. It is mostly a matter for Mr Trudeau and his conscience, of course, as to why he was black-painting his face – and, in one incident, his tongue too – well into his twenties. But it’s a matter for all of us who inhabit the online world as to why Trudeau has never been cancelled, or even seriously threatened with cancellation, for doing something that would be ferociously denounced as racist if anyone else on earth had done it.

It is unquestionable that had any other politician been unveiled as a serial blackfacer in their kind-of youth, they’d be for the metaphorical chop. Hell, you can be cast out into the political wilderness these days for saying men who identify as women should not be allowed to wander around in women’s changing rooms with their tumescent knobs bouncing around. And yet there’s Trudeau, arguably the world’s most famous blacker-upper, still in power, still being fawned over by tragic centrists, still eliciting dreamy sighs from liberals in Britain, the US and elsewhere who wish they were ruled by this jogging, smirking, painfully PC sartorial virtue-signaller rather than by whatever frightful oaf their dim fellow citizens have decided to elect.

Now, it’s my view that no one should be made to pay forever for past errors. Not even someone as annoying as Justin Trudeau. Offence archaeology, where mobs of frothing cancellers pore over a person’s every past comment and iffy activity in search of something that might be used to destroy said person’s reputation, is a pox on public life. (Though it must be noted that the most these Indiana Joneses of the Woke Inquisition usually find is a dodgy joke about gays or an ill-advised tweet about Muslims, not a treasure trove of blackface photos.) And the latest Trudeau blackface pic was released on the eve of Canada’s snap election – which Trudeau won, though his Liberal Party once again fell short of a majority – which suggests it was cynically leaked to dent Trudeau’s electoral chances. Weaponising woke outrage against politicians is not a good idea.

But we still have to ask why weaponising woke outrage never seems to work against Trudeau. He’s immune. Some forcefield seems to protect him from the angry censure that befalls virtually every public figure at some point these days. It certainly helps that he is essentially virtue-signalling made flesh, Tumblr leftism in human form. Indeed, Trudeau has mastered a new, very 21st-century political style: the leader who continually fails at home – on Canada’s housing crisis, on his environmental promises, on Indigenous issues – and yet who manages to sustain a global reputation on the basis of little more than woke posturing. (See also Jacinda Ardern.) He’s the perfect global leader for our 280-character era: slick, shallow and performatively virtuous.

Trudeau is quite possibly the most ridiculous politician in the West. He uses words like ‘she-cession’ and ‘she-covery’ to show what a right-on feminist he is. He visits India in full traditional Indian garb – and with his young family similarly dressed – thinking this will indicate his respect for Indian culture when, to the rest of us, it just looks like a modern version of the blacking-up he did in his twenties. ‘FYI, we Indians don’t dress like this every day sir, not even in Bollywood’, tweeted one Indian politician.

Then there are Trudeau’s socks. His ‘sock diplomacy’, as the New York Times wincingly put it. He once wore Gay Pride socks in Ottawa. He wore ‘Eid Mubarak socks’ to a Pride march in Toronto. It would be interesting to know what conservative Muslims thought of the Prince of Wokeness turning one of their religious greetings into a sartorial signal at a festival of homosexuality. ‘Rarely have a man’s ankles said so much’, said the NYT. And rarely has global politics been this batshit crazy.

Trudeau is not a politician in the traditional sense. His true aim is not to enact policy for the benefit of citizens within the borders of the country he leads, but rather to perform correct-think for the adoration and retweets of a global audience of exasperated liberals distressed by the march of populism. These people’s gushing Trudeauphilia makes clear the role that Trudeau’s moral showboating plays in these politically unpredictable times. ‘No world leader’s socks have ever been so beloved’, said the Huffington Post in 2017. ‘Nineteen reasons why the world has fallen in love with Justin Trudeau’, said the Independent in 2015. Reason No4: ‘He’s probably the only person on the planet who can get away with flirting with the queen.’ Reason No14: ‘He takes his shirt off a lot.’ ‘We’ve elected a prime minister who not only cuddles pandas but is creating real political change’, said a writer for the Guardian. Imagine going back in time 50 years and trying to explain that sentence to someone.

It cannot be said enough: none of this is normal. It isn’t politics. It’s not the tangible chatter and activity of the concrete political world. It’s theatre. And not very good theatre at that. Trudeau is meant to be in office to improve the lives and liberties of the Canadian people. But you get the impression that he considers his other job to be far more important – the job of giving performative succour to the West’s lost liberals who can’t believe the crap their compatriots are voting for. This is why Trudeau will never be cancelled – he’s a life-support machine for the West’s confused middle classes.