Mark Duggan was not a victim of police racism

Ten years on from the London riots, the shooting that provoked them is still misunderstood. 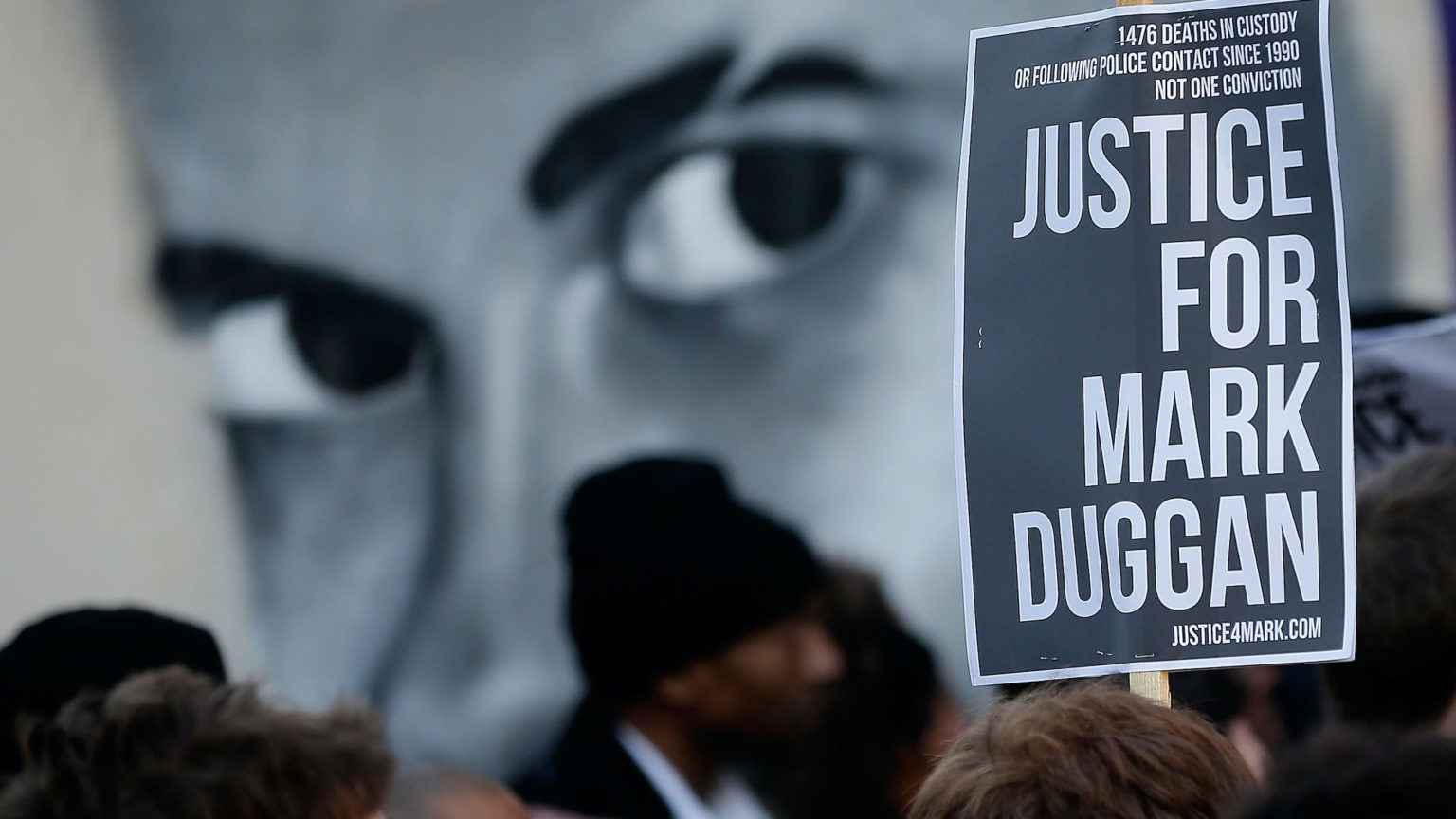 The 10th anniversary of the London riots last week brought renewed attention to the shooting of Mark Duggan. Duggan was 29 when he was shot dead by the police on Ferry Lane in Tottenham on 4 August 2011. His killing was the catalyst for protests in Tottenham, which later escalated into the riots.

Duggan’s death was a tragedy. But the way he has been sanctified in the years since his death is extraordinary. Some have compared his killing to that of George Floyd. Others have presented it as symptomatic of police racism. Reading the commentary around his case, you would think that Duggan was the victim of a planned execution.

This is rubbish. We know that he had acquired an illegal firearm prior to his shooting. Say what you like about the failings of the Metropolitan Police, but they were right that Duggan had a gun.

Prior to the shooting, the police received information that Duggan was about to collect a firearm from a man named Kevin Hutchinson-Foster in Leyton, east London. Police waited there for Duggan as he travelled to Leyton in a minicab. They then followed him as he travelled from Leyton towards Tottenham.

In Tottenham, the police stopped the car and shot Duggan. A pistol wrapped in a sock was found on grassland on the other side of a fence from where Duggan was shot. In the back of the minicab was an open shoebox, where it is thought the gun was carried. Duggan had been given the shoebox in Leyton.

The inquest into Duggan’s death was presided over by a jury. The jury unanimously agreed that Duggan had the gun with him before his taxi was stopped by police.

Jurors did not blindly accept the police’s account of events. They rejected evidence given by a police marksman who suggested that Duggan had the gun in his hand when he left the taxi. The jury’s reasoning was that Duggan must have discarded the weapon from the taxi when police forced it to stop. The jury also found that the police should have done more to ‘gather and react’ to intelligence prior to Duggan acquiring the gun. Nonetheless, the jury concluded that Duggan was lawfully killed. Lawyers for Duggan’s family argued that the verdict was ‘perverse’ and should not stand, but their appeal was unsuccessful.

Forensic evidence commissioned by the Duggan family’s lawyers casts doubt on the idea that Duggan could have thrown the gun from the car in the manner suggested by police. We should always maintain an open mind about the sequence of events. But even if the issue of how the gun came to be on the grass is open to question, it seems beyond doubt that it was in the taxi with Duggan at some point prior to the car being stopped. Guns are rare on the streets of London. The idea that the presence of the gun at the scene was a coincidence – or that the Met planted the gun in order to avoid accountability for Duggan’s death – is simply not credible.

The world of police intelligence is shady and unaccountable. A previous inquest into the death of Azelle Rodney, another black man who was shot dead by police in 2005, was seriously hampered because evidence was kept secret. We also know that police intelligence can be fatally flawed, as the killing of Jean Charles de Menezes tragically demonstrated.

The Duggan family was also treated appallingly after Mark’s killing. The media coverage of his shooting was arguably racially loaded. One paper claimed that mourners lining the streets for his funeral procession made a ‘gangsta salute’. And we can all agree that nobody should lose their life at the hands of the state unless absolutely necessary.

But let’s be clear: Duggan did not die because he was black. He died because there was overwhelming evidence that he had acquired an illegal firearm. A second jury at the retrial of Hutchinson-Foster also found beyond reasonable doubt that he had supplied the gun to Duggan. If we accept that Duggan collected the gun, we also have to accept that he placed himself in a very dangerous position.

Duggan’s death had nothing to do with systemic racism in the police. This is a dangerous distortion of reality. We must be honest about the circumstances of killings like his if we want to make sure they never happen again. Only then can we address the real failings of the police, including racism, that persist to this day.