Racist football fans? This is a moral panic

Someone has to say it: the problem of racism in football has been massively blown out of proportion. 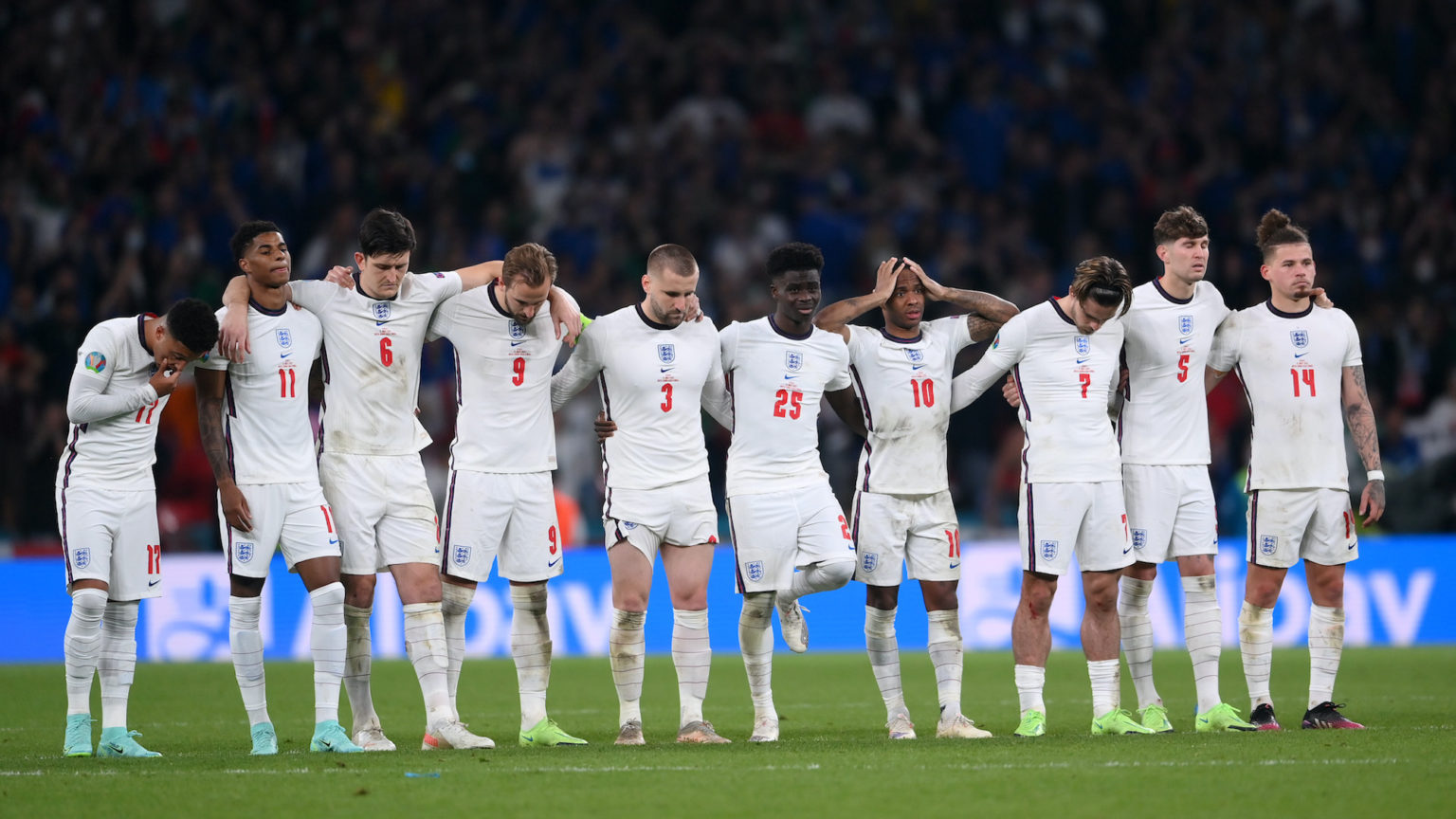 Over the past 24 hours it has become crystal clear: Britain is in the grip of a new moral panic. The front pages of the newspapers, the political class, the Twitterati always in search of a folk devil to rage against, even the future king of England – all of them are raging against a new kind of deviant. Old moral panics centred on Teddy Boys or black muggers or pill-popping youths, all of whom were sensationalised as menaces to society that every decent citizen should wring his hands over. The new moral panic has a different target – racist football fans.

The discussion and coverage of racism in football over the past 24 hours has been extraordinary. Ever since it was revealed that England’s penalty-missers – Marcus Rashford, Jadon Sancho and Bukayo Saka – have received racist abuse from social-media toerags, the opinion-forming classes have spoken of little else. It’s been splashed across the front pages. ‘The ugly face of football returns’, says the Mirror. This is a ‘national disgrace’, declares the Independent. Politicians have fallen over themselves to issue stern condemnations of this poison in the veins of English society. The racists are emblematic of a country in moral decline, commentators cry. ‘Thuggishness, entitlement and a total lack of care for others seem to be national traits now, and plenty of England fans take a lot of pride in that’, says one.

This is a classic moral panic. We are witnessing the construction of a new deviant class, a new group of morally suspect creatures who apparently tell us a larger story about the ailments of the nation itself. Of course, working-class football fans have long been the target of moral panics, hence the Mirror can say ‘the ugly face of football returns’. From the hooligan panic of the 1970s to the fretting over offensive chanting in the 2000s, sections of the middle classes have always viewed traditional football fans as a pox on the country, symbolic of the swirling prejudices of the lower orders. A ‘slum sport… watched by slum people’, as The Times said of football in 1985. But this latest construction of a moral panic around football threatens to have longer-lasting consequences than those earlier classist panics, not least because there is so little intellectual pushback against it.

If you describe something as a moral panic, people think you are saying that the problem at hand doesn’t exist at all, that it has simply been made up. But that isn’t what moral panic means. A moral panic is when something that is real – in this case the real issuing of vile racist insults against England’s black players – is sensationalised and exaggerated and reimagined as a widespread form of deviance that the decent sections of society have a duty to confront. This is clearly what is happening in the wake of the Euros final. The infinitesimally minority pursuit of making racist comments against Rashford, Saka and Sancho has been blown up into the most important and shocking issue of the moment. And this has been done in order to provide the elites with folk devils they can define themselves against, which they can hold up as the vice to their virtue, the scum to their social awareness.

To understand moral panics, it is worth revisiting Stanley Cohen’s 1972 classic, Folk Devils and Moral Panics. It is an indispensable guide to the social scares that grip society every now and then. Cohen popularised the term ‘moral panic’. Such a panic occurs, he said, when ‘a condition, episode, person or group of persons become defined as a threat to societal values and interests’. There is always ‘media sensationalism’, he wrote. He called it ‘deviation amplification’. His main case study was the run-in between mods and rockers in Clacton-on-Sea in 1964, when a small-scale clash between rival youth cultures was transformed by the media into an ‘orgy of violence’, a ‘riot’, a ‘siege’, a ‘screaming mob’. Such hyperbolic ‘deviation amplification’ encourages us to see minor actors with little power as a key source of moral and national decline, he argued.

Deviation amplification is taking place right now. The disparity between the reality of the racist abuse targeted at black players and the public discussion of it is vast. Channel 4 News reports that there has been analysis of 850,000 tweets sent during the Euro 2020 tournament. Of those, 1,913 were flagged as ‘potentially abusive’. Just 167 were described as containing ‘high-risk’ abuse – that, presumably, means the really foul racist stuff. That is a tiny percentage. And as Gareth Southgate and others have pointed out, some of this social-media stuff is being written by trolls in other countries. That a very small number of offensive messages sent by faceless, nameless idiots on social media can dominate public and media discussion for days on end is the very definition of ‘deviation amplification’.

Everything about the racism-in-football panic conforms to the traditional structures of moral panics. So alongside the deviation amplification there is also the construction of what Cohen called ‘moral barricades’. Moral panics empower influential sections of society, allowing them to pontificate about the problem of deviation and how to solve it, said Cohen. They erect ‘moral barricades’ between the deviants and decent society, and of course these barricades are always ‘manned by editors, bishops, politicians and other right-thinking people’. These ‘socially accredited experts pronounce their diagnoses and solutions’, he said, which are usually some form of ‘control culture’ – authoritarian clampdowns on the deviant behaviour that has been reimagined as a threat to society.

This is where we are this week. Middle-class commentators and experts are manning the barricades between online lowlifes and the soul of the nation. And their solution to the exaggerated crisis of racism in football is of course a species of ‘control culture’ – stricter controls on what can be said and shared on social media and more clampdowns on the alleged scourge of misbehaviour in football more broadly. This is how moral panics always end – with fear spread through society and freedom threatened that little bit more.

There is one important difference between past moral panics and today’s moral panics. In the late 20th century it tended to be the right who whipped up panic about deviation, and who constructed crime panics in particular. ‘Black muggers’, the homosexual threat to young people, the ‘slum people’ who watch football and sometimes turn violent. Today, however, moral panics are more likely to be constructed by those who claim to be left-wing. From the hate-crime panic after the vote for Brexit to the current hysteria over football trolls in the underbelly of the internet, it is now supposed progressives who stir fear, create deviants and position themselves as the moral protectors of society from these folk devils. The left once criticised moral panics and crime panics; now it is the chief author of such deviation amplification. This means there is very little pushback against the manipulation of social fears in the 21st century, including fears around racism in football. And pushback is precisely what we need.