The AfD v the world

Germany’s mainstream parties don’t care who wins – as long as the AfD loses. 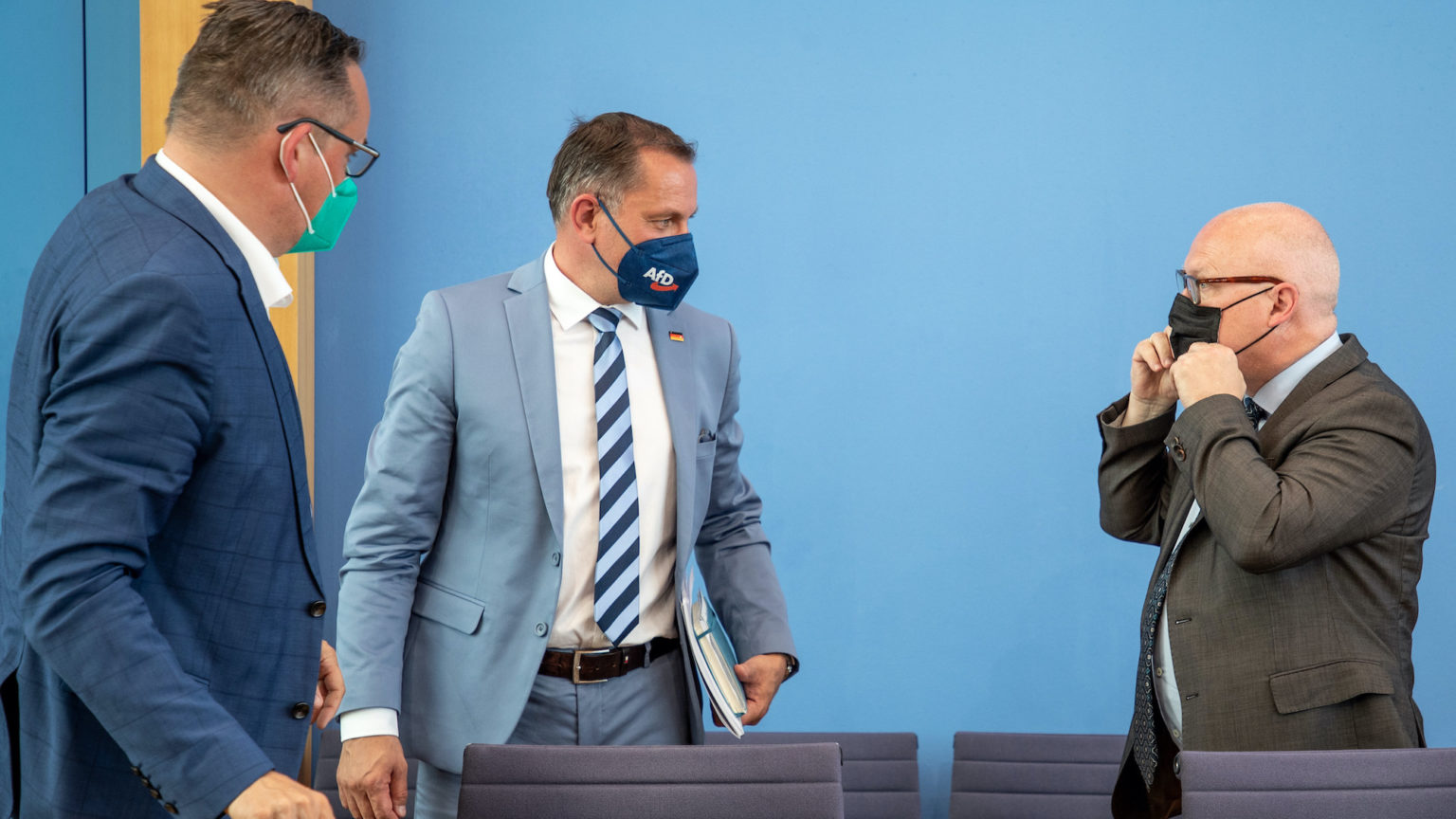 Saxony-Anhalt, a small state in eastern Germany, rarely makes the international headlines. But last week, in the run-up to the state election, many Germans looked on with trepidation. Coming in the same year as Germany’s general election, this vote could be a frightening bellwether for the not-so-distant future.

The Alternative für Deutschland (AfD) won over 24 per cent of the vote in Saxony-Anhalt in 2016, making it the second largest party, almost on a par with the ruling CDU. Before the vote last week, polls predicted an AfD win this time around.

Before the election, Marco Wanderwitz, the government’s commissioner for the eastern states, said the voters were a lost cause. They had been ‘socialised in a dictatorship’, he said, and had not adapted to democracy ‘even after 30 years’. In his eyes, only a few voters were ‘potentially recoverable’ – better to focus on ‘the next generation’ rather than waste time engaging with the older, bone-headed Neanderthals.

In the end, the establishment’s worst fears did not materialise. The AfD’s vote share fell by around three percentage points, while the incumbent CDU increased its lead. Yet for all the sighs of relief, the AfD is still the largest opposition party in the state. Despite the constant attacks on the AfD from all quarters – the party is even being monitored by Germany’s secret service – over 200,000 people voted for it. Marginalising these voters is not a viable strategy for defeating the AfD. Nor is relying on ‘the next generation’: more young people than old voted for the AfD.

After the results came in from Saxony-Anhalt, commentators attacked Wanderwitz for insulting east Germany. Critics pointed out that many voters in western Germany have also backed the AfD. But rather than challenging the arrogance of Wanderwitz’s views, these critics merely echoed them. They endorsed his view of voters as children who should be told off if they do something wrong. The only difference was that they felt these children could be found all over Germany.

The fight against the AfD is often framed as a fight against the far right. This means that the establishment parties don’t really care who wins, as long as it isn’t the AfD. The SPD, once the main opposition to the CDU, was satisfied with a pitiful eight per cent of the vote, because the AfD was kept out of power. This one-dimensional view of politics is a major problem. It distracts from the many issues that need addressing in Germany. For instance, Saxony-Anhalt’s unemployment rate is well above the national average – a crisis that has been aggravated by the lockdown. But this didn’t get anywhere near enough attention in the election.

Instead of engaging with real problems, the establishment parties have framed the debate around one question: are you for or against the AfD? Voters have been forced into two ideological camps. On one side are those who support the anti-AfD parties. On the other are protest voters who have been abandoned by the mainstream parties and feel they have nothing to lose. These parties simply write them off rather than bothering to try to appeal to them.

Nowadays, hatred of the AfD is pretty much the only thing holding the German establishment together.