The vice-chancellor seems blind to the damage he is doing to our university’s reputation. 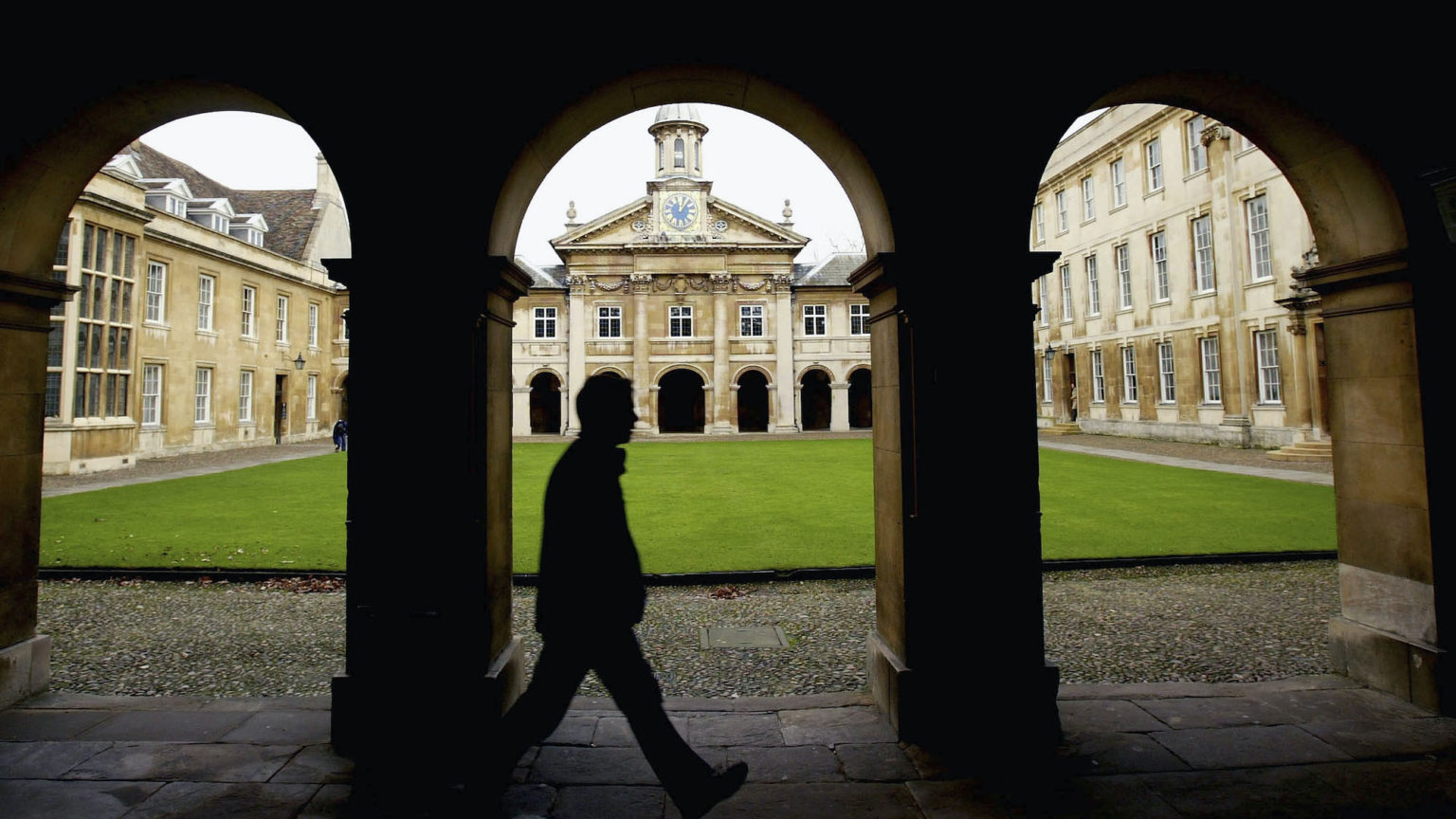 Strange days in Cambridge. An innocent observer might suppose that we are in the grip of an epidemic of racist and sexist aggressions so appalling that the university authorities have been obliged to take extreme measures to crush them. The Doge of Venice had the ‘Lion’s Mouth’ letterbox for anonymous denunciations. The vice-chancellor of Cambridge, as the world now knows, set up an online version – a website featuring a list of so-called microaggressions, on which staff and students could report ‘inappropriate’ behaviour.

The justification, of course, is that this is to protect students and other victims. Are students really so terrified, the innocent observer might be wondering? They don’t seem so to me, as I get on with teaching this year’s bunch, female, male, and from three ethnic groups. As far as I can tell, they are the usual curious, enthusiastic and friendly people whom it is a privilege to teach. We meet in that mutually respectful but informal atmosphere that I have known for decades. Apart from an excited tweet from one professor stating that ‘White lives don’t matter’, I can’t remember ever having heard a racist statement along the banks of the Cam.

But of course, I might be blind and deaf to it all. Racism, so the university’s highest authorities have declared to all its staff, is systemic and omnipresent, like witchcraft in the 17th century, and to deny this – or, like me I suppose, to be oblivious to it – is a sign of guilt. Indeed, so insidious is Cambridge racism that even its victims may be unaware of it until it is ‘validated’ by the official ‘narrative’, aimed at encouraging complaints. The Lion’s Mouth must be fed.

One of the best pieces of advice I was given during my first week as a callow undergraduate was that ‘academics are good with books, not people’. Academics and students are not always socially skilled, and if they are to be hauled over the coals for any unintended social solecism that can be presented as (possibly) racist or sexist, the impact may be considerable. At the very least, the vice-chancellor’s remedy – which encourages people to feel victimised even if they didn’t before – is vastly worse than the disease. It will lead to ill feeling, mutual suspicion (including between students from different ethnic groups) and even to a few personal tragedies. It risks blighting the system of informal small-group tuition that students repeatedly say is what they find most valuable in the Cambridge system: who, student or teacher, would be brave enough to say anything controversial?

Moreover, all this is unnecessary. Students’ welfare and grievances are mostly dealt with by their colleges, where problems can be dealt with quickly and without undue fuss. Isn’t that what sensible university authorities would want? But perhaps more important than common sense is cultivating a woke public image.

So to help us all to root out witchcraft – sorry, systemic racism – the university has appointed two ‘champions’. One might have thought that a suitable candidate would be, let us say, an experienced tutor who had spent years helping and understanding Cambridge students. Better still, one of Cambridge’s academic stars from an ethnic minority who had come through the British school system and knew the university and its foibles from the inside. Nothing so banal. In its infinite wisdom, the university appointed a specialist on racism in Mexico and a business strategist. Who better to uncover the systemic racism that less expert eyes might not have noticed at all?

Everything the university authorities have done in this area in recent months has shown mistrust of those who work in it. The vice-chancellor and his aides must – or so I hope – be unaware of how insulting their pronouncements are. The best outcome would be that this latest piece of impertinence will simply be ignored by the generally sensible and civilised members of the university, both junior and senior. But it only takes a tiny minority of the highly sensitive or the ideologically charged to do a good deal of damage with anonymous denunciations of the sort the vice-chancellor is encouraging.

Free speech is not something that seems to enthuse those presently running the university administration. Perry Anderson recently remarked amusingly in the New Left Review that ‘at Cambridge, the vice-chancellor’s office censored unwelcome opinion with stone-walling worthy of the Writers’ Union under Brezhnev’. The vice-chancellor has now told us with a straight face that some of the examples published as sufficient cause for anonymous denunciation (‘raised eyebrows’ etc) were posted in error.

Who is to blame for this latest discreditable debacle? Many think that it is the vice-chancellor himself, Professor Stephen Toope. Or is it his pro-vice-chancellor for institutional and international relations, Professor Eilís Ferran, under whose name the now notorious policy was promulgated? Or some anonymous bureaucrat eager to foster a ‘woke’ image? Do they really think that the best students and scholars from around the world will flock to the university that they are creating? Is anyone, I wonder, ‘considering their position’ following the terrible damage done to Cambridge’s reputation?

Fortunately, the university as a community of scholars still retains, and occasionally uses, its rights of self-government. Perhaps it is time to give the powers that be another sharp rap over the knuckles, as was done when the Regent House recently voted to require them to liberalise their free speech policy. After the university bureaucracy had delayed and resisted this change, the vice-chancellor – to the surprise of many – professed himself delighted with it. A respected former senior proctor has commented that: ‘It is high time the proctors informed the vice-chancellor that they are the officers responsible for discipline in the university, not him, and that ordinances are the place for rules, which must be approved by grace of the Regent House’ – that is to say, by university legislation passed by a vote. We can but hope.

Robert Tombs is a historian at Cambridge.