Sectarianism has no place at Man United

The club was once a refuge from political division. The Palestinian flag could change that. 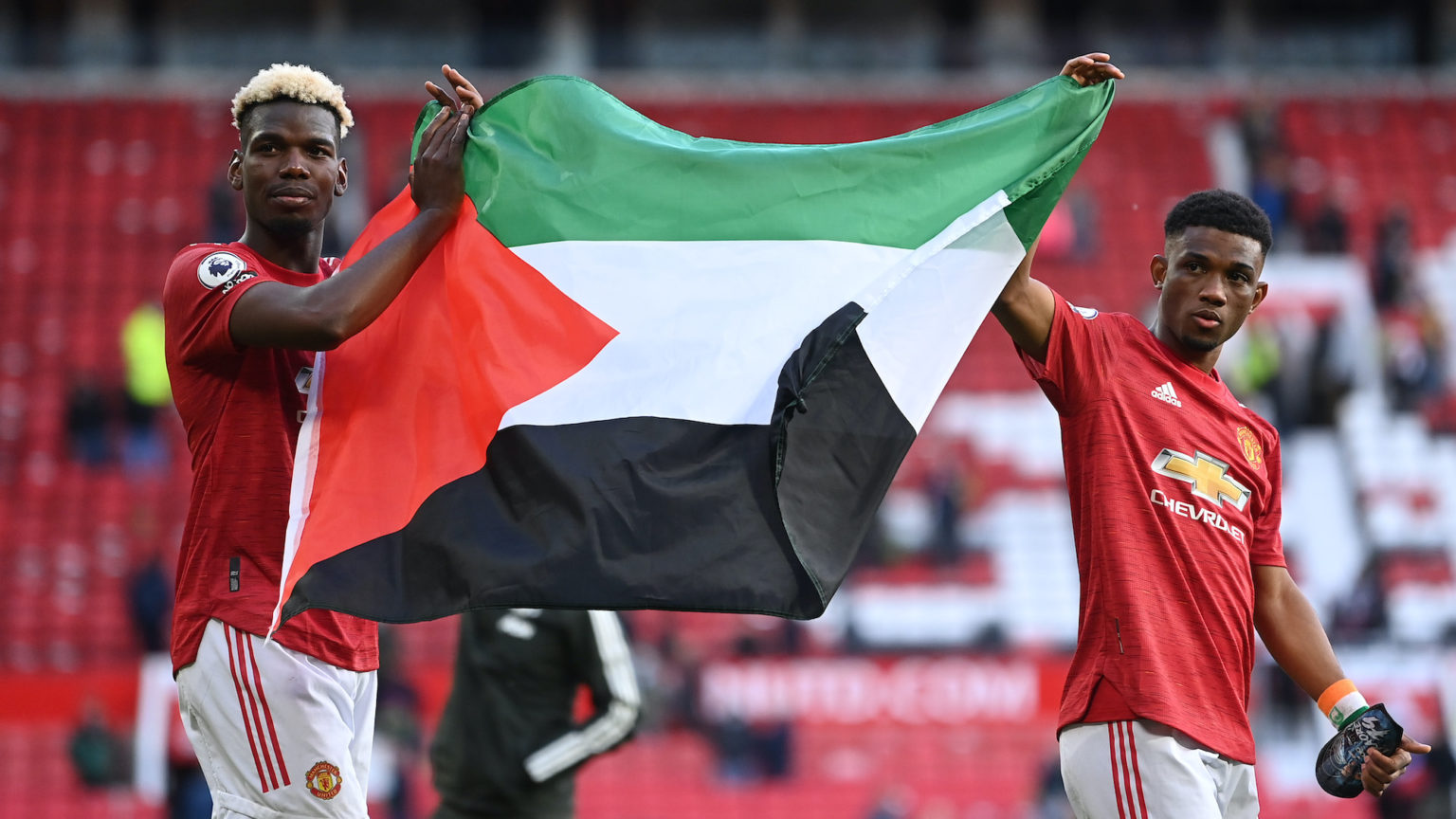 The parading of the Palestinian flag during Leicester City’s FA Cup winning celebrations, and the indifference of football’s governing bodies, set a precedent for a similar display. Next up was Paul Pogba and Amad Diallo at Old Trafford, after Manchester United’s final home game of the season. More will undoubtedly follow at matches to come. After a year of taking the knee and flaunting the Black Lives Matter logo, the national game now seems to be the place for political statements and gestures.

Football did not used to be like this. Indeed, Manchester United used to be something of a refuge from conflict and intractable political questions. In some parts of the country, the apparently benign questions ‘What school did you go to?’ and ‘What football team do you support?’ have always been deeply loaded. They are really attempts to work out your religion, and from there, your sectarian affiliation and politics. Answering Liverpool or Everton was risky; saying Celtic or Rangers gave you a one-in-two chance of a punch in the face. Answering Manchester United made things more complicated, because United rightly believed they were big enough to rise above sectarian affiliation. Indeed, this is written into Manchester United’s DNA.

I watched my first Manchester United match way back in 1977, when an often non-descript Dave Sexton team beat Norwich City 1-0 at Old Trafford. Back then, United looked to its youth teams to find talent. It recruited not only in the north west of England, but also from Ireland – north and south – and Scotland. The club’s youth policy was developed by Matt Busby after the Second World War. A Catholic from the west coast of Scotland, Busby understood the evils of sectarianism and discrimination. In Manchester United, he built a club that took players from all backgrounds and allowed them to thrive. Anyone who played well could find success. Today, the stature of men like Harry Gregg, George Best or Nobby Stiles appears far greater than modern footballers. They managed to represent something that mattered, and to maintain a connection with the communities they came from, without needing to make political gestures on the field.

During the Troubles, United worked hard to ensure that the politics of those years did not play out at Old Trafford. The club of Busby, the Scottish Catholic, and Best, the east Belfast Protestant, was above those divisions. In the official yearbook, warnings would be issued to supporters’ branches in Northern Ireland: ‘No alcohol and other club colours are permitted.’ Although, in practice, you might have got away with whiskey in your flask, a Celtic or a Rangers shirt was a no-no. In the often tortuous period when the Irish peace process worked only in fits and starts, Alex Ferguson once cancelled an appearance at a charity dinner for police officers in Northern Ireland to avoid controversy. In modern parlance, when it came to the Northern Ireland conflict, Manchester United was a ‘safe space’ – a place above and beyond sectarianism. And the club and city were better for it. That’s why there seems something wrong about Pogba and Diallo waving the Palestinian flag at Old Trafford. It is not in keeping with the club’s traditions.

Having allowed a flag frenzy to start, perhaps the FA and Manchester United need to ask where this stops? Presumably if a player wishes to wave the Israeli flag at this weekend’s matches, he can? Several Premiership teams have Serbian players, such as Nemanja Matic and Aleksandar Mitrovic. Other players are of Kosovan heritage. Can they all bring their flags? FA policy appears to be to accept any national flag being displayed, provided the country is internationally recognised. That’s great if you are Turkish, less so if you are Kurdish. Kosovo is recognised by the United Kingdom, but not the United Nations, so it could present a tricky case for the FA’s lawyers.

Having encouraged the politicisation of football when it imported the slogans and emblems of American racial politics, English football has brought this problem on itself. Once we accept the football pitch as an appropriate place for political campaigning, who gets to make political statements, and what those statements can be, almost certainly comes down to just one thing: power.

As Paul Pogba and Amad Diallo enjoy the plaudits on social media, it is worth remembering Manchester United once did things very differently.