Blasphemy must be an issue in the Batley by-election

The candidates must stand up for the local teacher who has been hounded into hiding by Islamists. 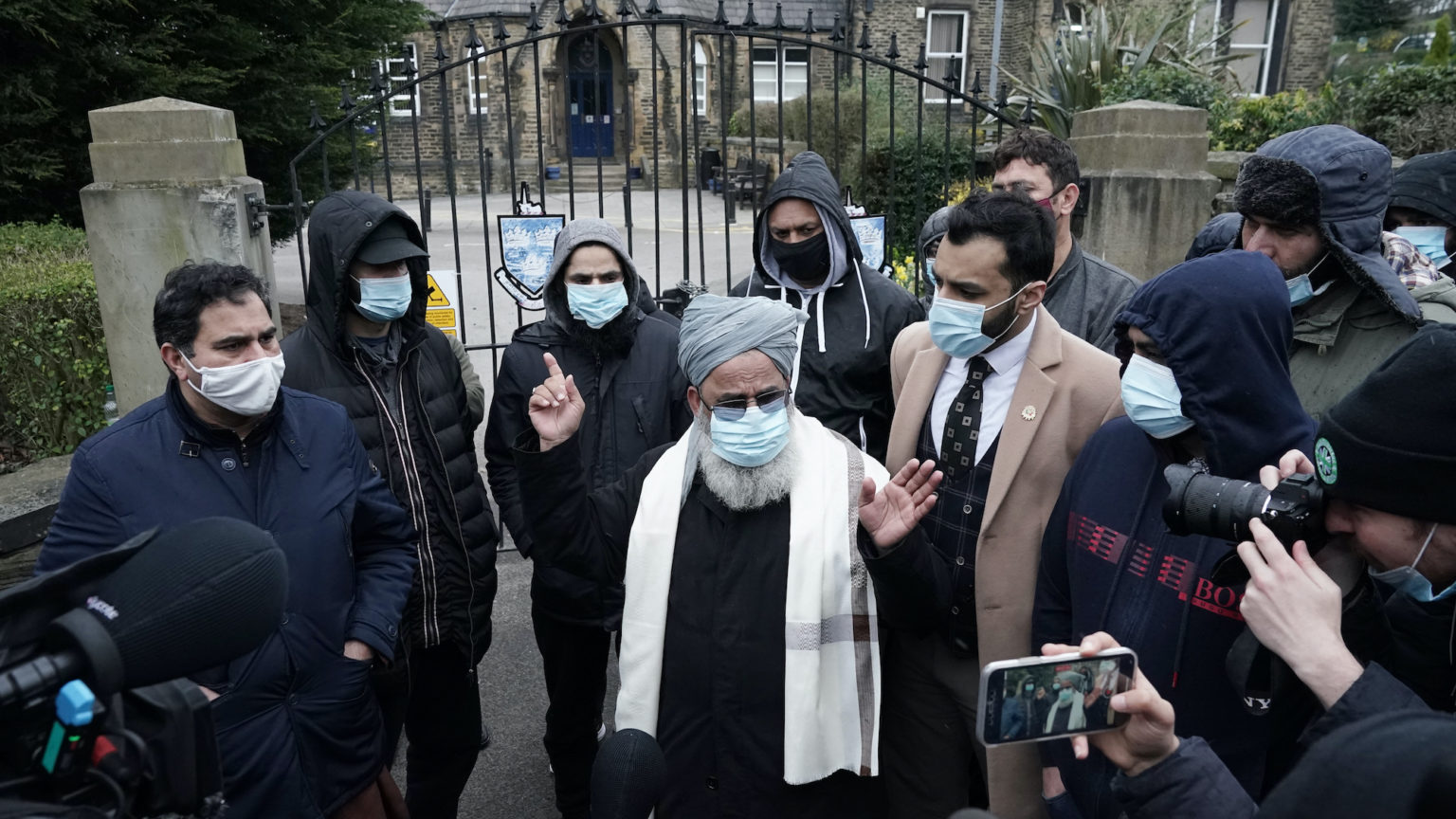 How soon we forget. A schoolteacher and his young family are living away from their home in Batley, Yorkshire. It is entirely possible they are under armed guard. They have been in hiding for over six weeks after receiving threats from religious zealots. All because the teacher reportedly showed a cartoon of Muhammad in the course of his teaching.

The teacher is also under investigation by his employer, and he knows that the process is potentially stacked against him. The school’s headmaster has publicly criticised his actions, and the campaigners who demanded his sacking have requested to be part of the team conducting the inquiry. His trade union, the National Education Union, is known to have funded a local Islamic charity, Purpose of Life, which has circulated the teacher’s name and has even accused him of ‘terrorism’. Should the investigation fail to result in his dismissal, it will undoubtedly be denounced as a whitewash and an example of institutional ‘Islamophobia’. The mob will likely return to the schoolgates. The teachers and pupils of Batley Grammar School deserve better.

In last week’s local elections, the Labour MP for Batley and Spen, Tracy Brabin, was elected as the first mayor of West Yorkshire. While some MPs insist they can juggle serving as an MP and a mayor (such as Dan Jarvis, Labour MP for Barnsley Central and mayor of the Sheffield City Region), Brabin is expected to step down as an MP, triggering a by-election.

Batley and Spen is another traditionally Labour-voting Red Wall seat which is looking vulnerable to a Tory challenge. Labour’s majority in Batley and Spen fell from 8,691 in 2017 to 3,525 in 2019. The even-worse news for arch-Remainer Sir Keir Starmer is that Batley and Spen voted 59.3 per cent to leave the EU in the 2016 referendum.

Tracy Brabin won Batley and Spen in a by-election in October 2016, following the murder of the Labour incumbent, Jo Cox, by far-right terrorist Thomas Mair. He shouted ‘Britain first!’ while shooting and stabbing her. A passer-by, Bernard Kenny, was also stabbed. He received the George Medal for attempting to save Cox’s life. When a by-election was called to elect a new MP, the main parties did not contest it out of respect for Cox, allowing Labour a clear run.

The ugly threat of violence has since returned to Batley and Spen, and will surely hang over the 2021 by-election. This time the aggressors are not from the far right, but from an Islamist scene that has an even greater propensity for violence than Britain’s neo-Nazis. In 2016, the main parties stood as one against the violence of the far right. In this by-election, they again need to step up. Each candidate needs to declare loudly and clearly that what is happening at Batley Grammar is unacceptable.

In a liberal democracy, schoolteachers must be free to teach children about contentious issues. That includes showing caricatures and images that some find offensive. A core function of education is preparing children for the real world, not protecting them from it. Education policy cannot be surrendered to any mob that can get enough people together at the school gates. If education can be influenced like this, what is the point of holding by-elections, or of political parties developing policies, if we simply go along with whoever shouts the loudest?

The Batley Grammar School teacher needs to be able to return to his home and to his day job. Every candidate who stands in Batley needs to be asked how they will ensure this happens, and how this country can ensure such an outrage is never repeated again. Liberal democracy endured after an attack by a fascist in 2016. It should not roll over and accept defeat by Islamists in 2021.

Dr Paul Stott is an associate fellow at the Henry Jackson Society. Follow him on Twitter: @MrPaulStott.