The Greens: the new face of the German establishment

They might have a youthful leader, but they’re not offering real change. 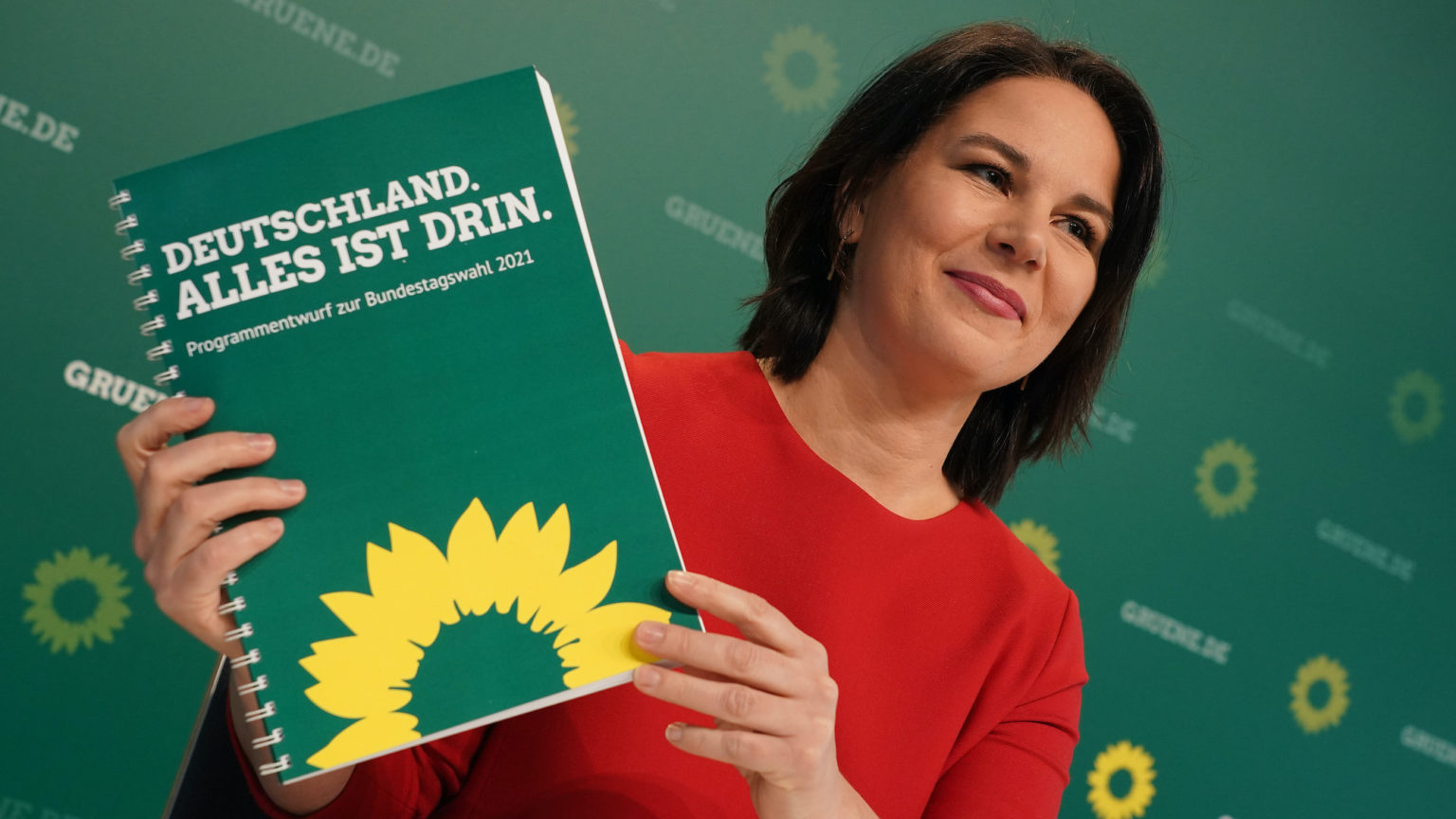 Will Germany soon have its first Green chancellor? Recent polls put the Green Party in the lead for September’s elections, And so, when it was announced last week that the Greens’ candidate would be 40-year-old Annalena Baerbock, it was no surprise that the press got excited.

Of course, voters need to know as much as possible about the woman who might follow Angela Merkel in the top job. But here is the problem: far too many journalists, rather than concentrating on what the new candidate stands for politically, have focused on how she looks, her lifestyle and how she comes across.

She’s the new face of Germany, many say. She is modern and pleasant. She represents a new type of politician – like Jacinda Ardern of New Zealand or Sanna Marin of Finland. She is a politician ‘like no other’ – she’s ‘finally different’, apparently. Why? Because she would be the first female chancellor with children. Voters have also been told again and again that Annalena used to be a trampoline gymnast – metaphors about jumping high and leaping forward have been done to death.

There have, of course, been some critical reports about the Green Party and its programme. But the bias in the mainstream press, and its eagerness to ‘sell’ Annalena, is hard to ignore. The question is whether the media will succeed in persuading the public that their favourite party is really all that new, fresh and original.

In truth, there’s nothing refreshing about the rise of the Greens. The Green Party has been a member of German parliament since 1983. Compared to both the Left Party (Die Linke) and the AfD (Alternative für Deutschland), it is an establishment party. True, it hasn’t been a part of any of Angela Merkel’s coalition governments over the past 16 years. But it is currently in government in several federal states.

More importantly: the Green Party has acted as a reliable and steady pillar of support for Merkel. From the refugee crisis to the Euro-rescue package, from the phasing out of nuclear energy to the coronavirus lockdowns, Merkel has always been able to count on the Green Party’s support. Conservative journalist Robin Alexander of Die Welt has a point when he refers to the Greens as ‘Her Majesty’s Most Loyal Opposition’.

The Greens are rising in the polls not because they have captured the public’s imagination, but because they have been benefiting from the sorry state of the two establishment parties: the CDU and the SPD. The federal elections will show how many German voters actually view the Greens as the best alternative. The party’s programme certainly won’t impress too many people. It claims to infuse German politics with a ‘vitamin cocktail’. But it is really just a mixture of some very expensive and potentially restrictive demands: a further expansion of hugely inefficient solar and wind farms, the ‘alignment of air travel with the goals of climate neutrality’, emissions-free cars from 2030 onwards, further laws against online hate speech, price hikes on meat products, and a new ‘Democracy Promotion Act’, which aims to strengthen the political power of NGOs (and we can all guess what kind of NGOs these will be). Very few low- or middle-income voters will be convinced by this – it is really no wonder that Green-leaning journalists prefer to talk about Annalena than the party’s programme for government.

Some hope that the Greens will become the new people’s party. But they are only the strongest force in the polls because all the other parties have slumped so badly. The Green Party is still a long way from creating true, stable majorities. For now, it is mainly the media that is getting excited.