Merkel’s party is on the path to irrelevance

After years of fake unity, the CDU can no longer hold itself together. 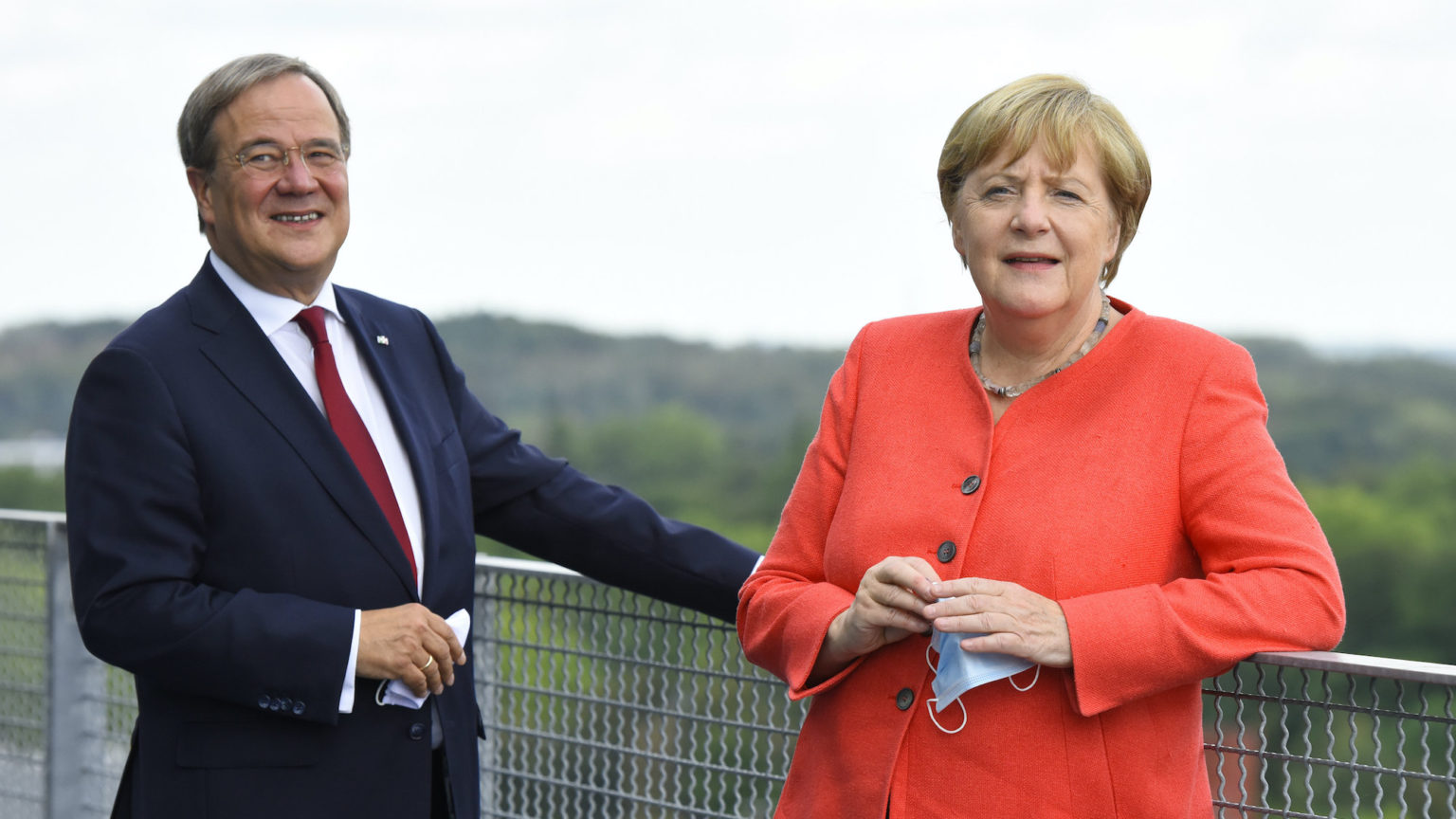 If you want proof of how much Germany is changing, just look at the ruling Christian Democratic Union (CDU), Angela Merkel’s Christian conservative party. The CDU is in such a mess that some commentators are asking themselves whether it is heading down the same path as its centre-right counterparts in Italy and France – ie, towards irrelevance. A once near-untouchable party has been plummeting in the polls faster than anyone could have imagined only a few years ago.

The immediate trigger of the latest poll plunge – a decline of seven percentage points, down to just 21 per cent – is the nomination of Armin Laschet as the CDU’s candidate for chancellor in the upcoming General Election. He prevailed against his challenger, Markus Söder, after weeks of internal party wrangling. While Laschet had the support of the CDU establishment, Söder’s backers came more from the rank-and-file membership. Söder was also well ahead in the polls among the general public. Only hours before Laschet was nominated, a major German pollster showed that 44 per cent of Germans thought that Söder was the better candidate (with only 16 per cent choosing Laschet). Now, following Laschet’s nomination, the CDU is about to fight an election with its most unpopular candidate ever. How did this happen?

Laschet was a compromise candidate from the start. He is an old party hack, currently serving as minister president of Germany’s largest federal state, North-Rhine-Westphalia. And he’s a loyal supporter of the government line (he was one of Merkel’s staunchest defenders during the refugee crisis, for instance). The party establishment, including the likes of Wolfgang Schäuble, the grand old man of the CDU, clearly saw him as the most reliable guarantor of stability in a time of uncertainty.

With Angela Merkel leaving office, and an electorate increasingly dissatisfied with lockdown, the CDU decided to cling to its well-established line of ‘no experiments’. And, at first, things went more or less according to plan: Laschet won the election for the party leadership in February. He avoided any topics that might have been polarising. He said nothing about how he envisions the future, instead focusing on party unity and bridge-building. Yet, from the narrow majority he got, it was also clear that many in the party were unhappy with his bland, middle-of-the-road style. After 16 years of Merkel, they wanted something different. Their unhappiness was compounded by the polls getting worse seemingly every day.

Laschet’s appointment as chancellor candidate has been described as a ‘decision against the CDU base’. It certainly shows how little the party leadership cares for the opinions of its members. The arrogance with which it pushed though its preferred candidate has played into Söder’s hands.

Söder – who is minister president of Bavaria and a leader of the CDU’s Bavarian sister party, the Christian Social Union – had announced his candidacy only a few weeks before the decision was due, after Laschet’s narrow victory at the party congress. Without much effort, he was able to present himself as the champion of the interests of the rank and file. Some even called him Germany’s Trump – accusing him of running roughshod over his party in the same way the outsider businessman captured the Republicans in the US.

But it’s fanciful to compare Söder with Trump. Söder is a career politician who has been part of the CSU establishment for many years. He is merely an opportunist who changes his mind more often and more quickly than he changes his shirt. In April, he made headlines when he said that Merkel should be consulted before a new candidate was nominated. He has also been one of the staunchest supporters of Merkel’s lockdown policy.

But the worst thing about Söder is the way he has snuggled up to the Green Party, since it became clear that a new government would likely depend on it as a coalition partner. For months now, Söder has been pontificating about a reconciliation between ‘the economy and the ecology’. His attempts to ingratiate himself with the Greens went so far as to provoke a backlash within his own party. What’s more, his popularity, as revealed in polls, shouldn’t be overestimated. In the last election in Bavaria, in 2018, Söder and the CSU suffered historic losses.

The struggle for the nomination, which wasn’t really about substantive issues at all, said more about the state of the CDU than about the candidates themselves. Söder scored some extra points because, for lack of alternatives, he was able to present himself as a rebel – and voters are clearly in a mood for a change. During the pandemic, he has presented himself as a determined fighter, demanding harsh lockdowns and tough action. Laschet, on the other hand, has acquired the image of a fickle leader – swaying to and fro between more easing and more hardening.

The CDU has avoided any internal debate for years, and now finds itself a deeply divided party. Historian Andreas Rödder puts it this way: ‘In order to preserve government power, the CDU has been held together with an iron regiment under the mantra of unity. As a result, the pressure in the cauldron has continued to rise. People didn’t want to see the cracks and now everything is flying apart.’

That’s an apt description. And though the CDU is not yet entirely irrelevant, there is certainly more trouble for the party ahead.