‘Someone needs to stand up for freedom’ 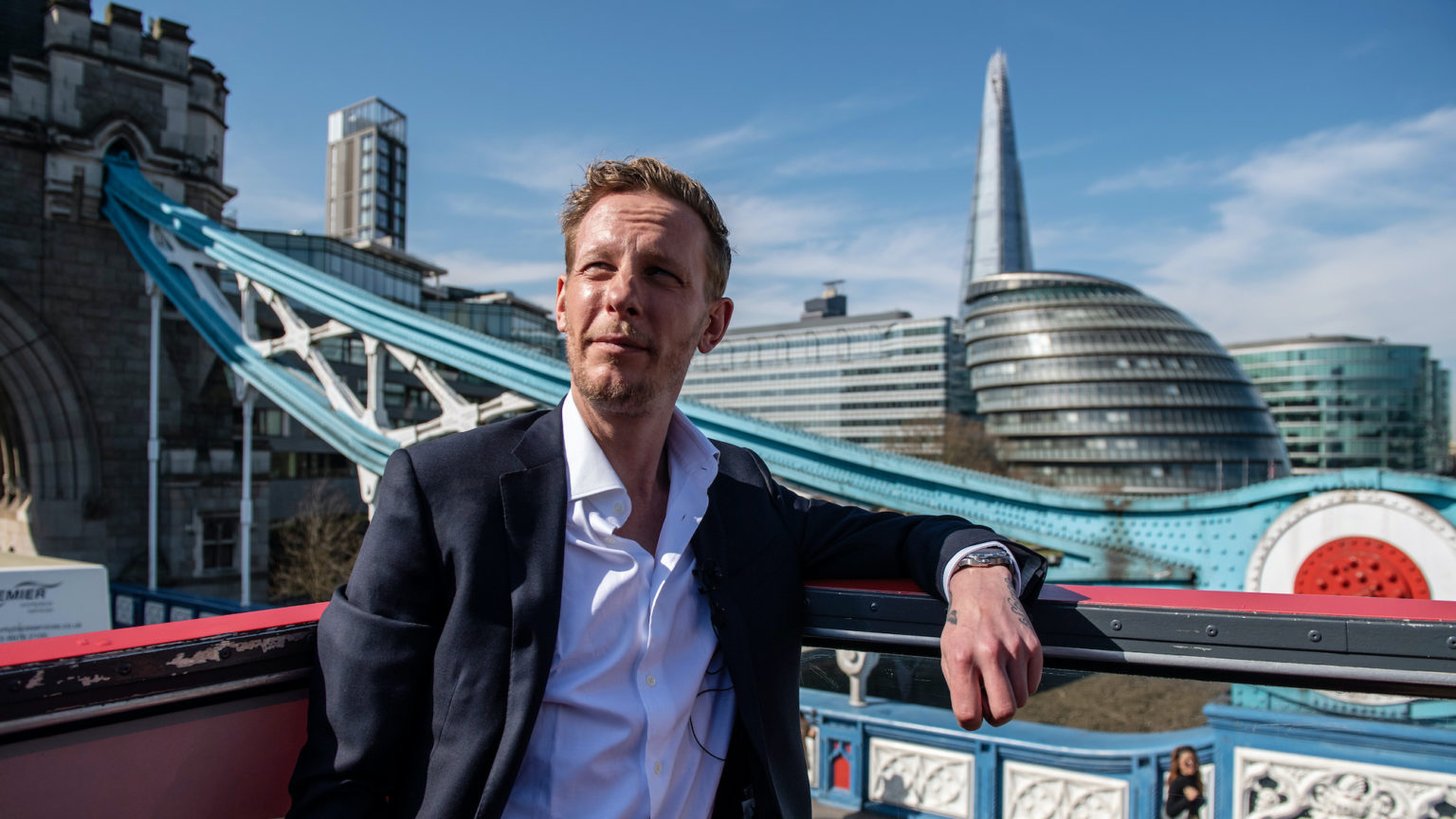 London will vote for its new mayor next month. Polls suggest Labour’s Sadiq Khan is on course for re-election. But with some voters dissatisfied with the mainstream parties, there are plenty of alternative candidates vying for the capital’s top job. One of them is Laurence Fox, actor-turned-politician and leader of the Reclaim Party. He joined spiked editor Brendan O’Neill for the latest episode of The Brendan O’Neill Show. What follows is an edited extract from their conversation. Listen to the full episode here.

Brendan O’Neill: You kicked off your mayoral campaign with the slogan ‘Unlock London’. The focus is on unlocking the city, getting it back to normal and relieving us of the burdens and illiberalism of lockdown. Could you tell us why you have such a problem with lockdown and why you think it should be eased more speedily?

We have the comparative evidence on lockdowns from Texas and Florida. Lockdown needed to be explored in the broadest possible debate and I don’t think it was. London needs to be unlocked because of the huge damage done by lockdown in all other aspects of life that aren’t Covid. It’s not just about removing lockdown now – it’s about never even considering having a lockdown again. It’s been the most horrendous assault on liberty.

Yet rather than just accepting its mistake, the government now wants to double down with vaccine passports. Honestly, why would we march towards this? I was listening to a priest recently who asked what happens if someone has to produce a Covid passport to come into his church. That’s not the way God operates.

Obviously, people have different views about lockdown. And I really respect people’s views. But my view is that the lockdowns were a huge mistake. I hope that one day we look back on this time in the same way we do on things like the witch trials.

O’Neill: Your stance is pretty unique in British politics. The absence of an anti-lockdown voice in the mainstream is really notable. You have said that the two main parties are in ‘a dreary race to be the last to set the country free’. Why has it become difficult to stand up in public and say that lockdown was a bad idea?

Fox: A lot of this is down to social media. People like ‘likes’ and they don’t like ‘dislikes’. But I have been liberated to some degree because I’m not trying to shill for my next acting gig – my job is to campaign for freedom for everyone, so I don’t find it difficult. The abuse I get is water off a duck’s back for me.

If Jeremy Corbyn had won the election, the Tories would have opposed lockdown. But the minute you give a so-called Conservative government the power to be authoritarian, the cat really is out of the bag. It’s shocking. It’s important that we provide a political voice for freedom, because there doesn’t seem to be one anywhere at the moment.

O’Neill: Your ‘Unlock’ movement is not just about ending the lockdown and never having another one. It’s also about unlocking freedom of speech, freedom of thought and all those other things we used to value as a nation, but value less and less now. Which issues relating to freedom do you think are most important from the London perspective? Which ones could you push if you were to become mayor?

Fox: London is such a diverse and wonderful place full of different people. I recently met a guy who is a first-generation immigrant from Somalia. He said he loved my campaign and he was going to vote for me. Contrast that with what people are doing with identitarianism – dividing people.

My view is that we need to have freedom of expression for everybody. That way, good policy decisions will be made by governments. Once you get a good debate going, the extreme loons on both ends of the scale get ignored, meaning you have a much more solid and nuanced discussion. But if you shut down debate, which is what is happening at the moment – and Sadiq Khan certainly stokes this through his support for identity politics – you are left with a very vocal, authoritarian mob dominating. You need the libertarians to counteract the authoritarians.

If you ask Londoners what they know Sadiq Khan for, they won’t say the violent-crime epidemic, which he is overseeing. They will say he did that fireworks display which referenced Black Lives Matter, and he let the Trump blimp go up. He’s known for virtue-signalling. London doesn’t want to be a carbon copy of some East Coast American city. It’s London. It’s full of history.

It’s so tragic that you can now do a tourist walk through London past all of the boxed-up statues. That’s what Sadiq is doing to London. Trust our children to know the difference between a slave trader and a great altruist. You need both statues there. You cannot have ying without yang. You’ve got to be able to look at it and say you are going to teach people about it.

O’Neill: The journey Sadiq Khan has been on is really fascinating. You can see that same journey has happened for a lot of Labour politicians. If you go back five, six or seven years, they were relatively interesting politicians, or at least worked within the understandable realm of politics. They would talk about things like housing and transport. Sadiq Khan came in on a ticket of building more houses (which he has not done). There was an element of law and order in his campaign, too – normal political stuff. But as you say, he is now best known for the fireworks display, for hating the vote for Brexit, for constantly virtue-signalling against Trump and talking about identity-related issues all the time, such as Covid being racist and other absolute nonsense. How do you explain Sadiq Khan’s shift from a fairly normal leftish politician to this obsessive identitarian signaller?

Fox: No one I come across on the street cares whether I’m white, brown, gay or straight. They are interested in what’s going on in my heart and my head. Khan thinks that if he can divide everybody into little subgroups, depending on the status they occupy in the victim hierarchy, then he can divide and rule. This globalist identitarianism represents the suicide and self-loathing of Western democracy.

It’s visible throughout the Labour Party. Look at the Labour Party backbenches, and even the frontbench. The lack of talent and quality is shocking. I’m amazed at how tiny the constituency they are talking to is. Whenever I go out somewhere, people come up and say they are glad someone is speaking for the working classes. That’s telling – I’m a posh bloke who went to Harrow. What do I know about the working classes?