Test and Trace was always doomed to fail

Brits are just going through the motions at this point. 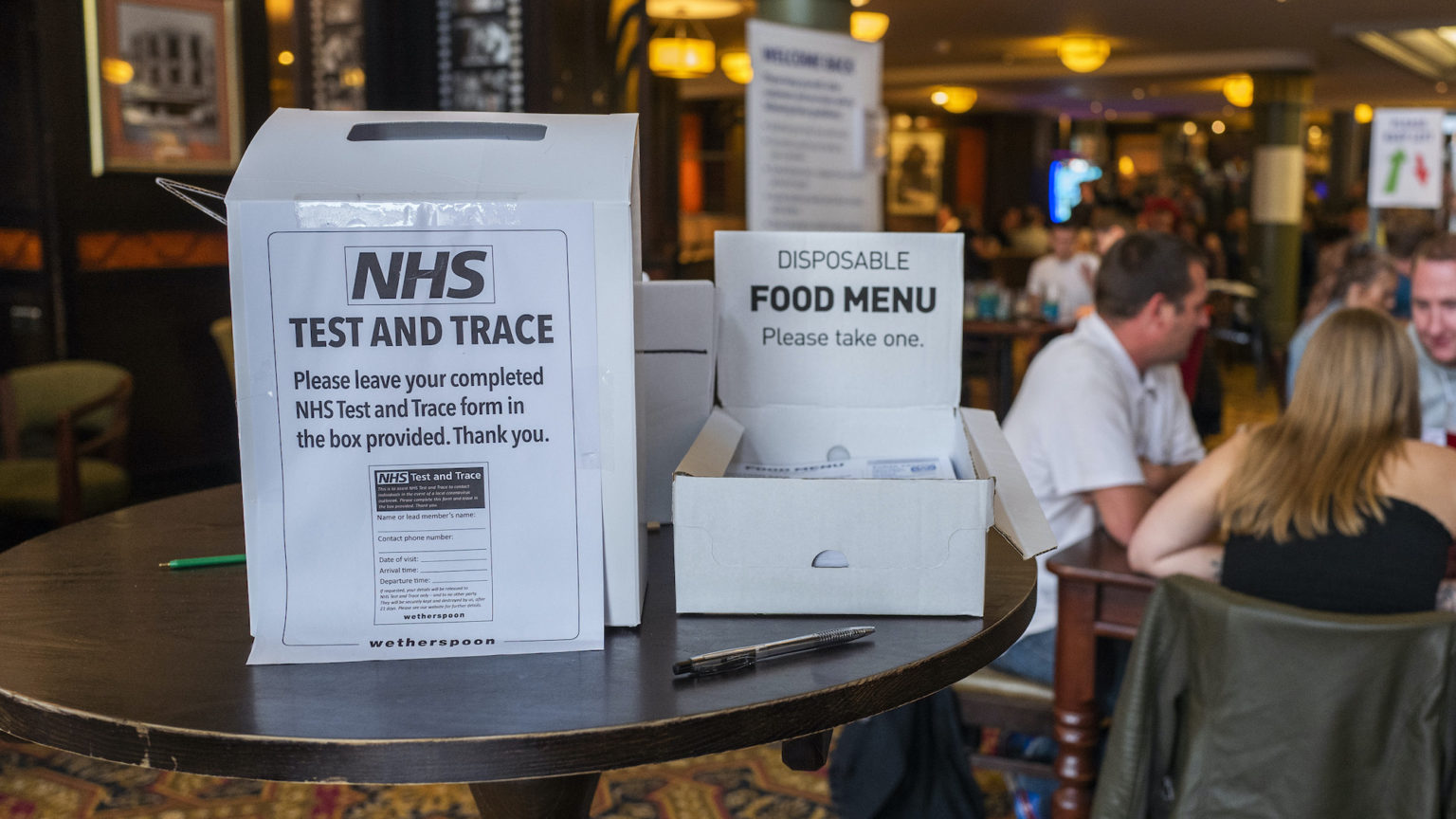 I went to the pub at the weekend. I observed my fellow customers walking blithely past the test-and-trace QR codes pasted on either side of the doorway, and conspicuously failing to write their details in the notepad on the bar. It occurred to me (for what must be the thousandth time) how startlingly badly our politicians understand the country they run.

We have a media and political elite which is squeamish about the idea of cultural differences. We are generally not very comfortable with admitting there is such a thing as a ‘national character’. It has the whiff of stereotyping and can also sound exclusionary. But anybody who has lived in more than one country knows that cultural differences are real and that they matter. Human societies have different features from one another. Indeed, it would be very strange if they did not. And there are two salient features of British society that no foreign visitor can fail to observe.

The first is a certain reticence about confrontation. British people put up with appalling standards of customer service, for instance – sheer rudeness and incompetence that would not be tolerated anywhere else – because of a pathological terror of ‘making a fuss’. The second feature is a tendency to kick against rules. We are great sticklers for other people abiding by the rules. But when it comes to our own conduct, we tend to believe we know much better than whoever made the rule in question, and act as if it does not apply to us.

Anybody familiar with these characteristics of British culture will have known from the outset that test and trace was doomed to failure. Pub, restaurant and shop staff were obviously going to be reluctant to demand that customers scan QR codes or fill in forms, because they naturally wish to avoid confrontation. The path of least resistance for venue owners is to make the tokenistic gesture of gamely putting up QR codes at entrances, and then turning a blind eye when those notices are routinely ignored. And the notices are routinely ignored, because while we all tut at rule-breakers, we are all convinced that we are above such pettifogging.

That is not to say that there won’t be plenty of venues that do make a genuine attempt to follow the spirit of the legal requirements. There will be many customers who do give accurate details when arriving at a pub or restaurant. But there will also be a large number of both customers and venues who simply go through the motions. And that is all that is necessary to doom test and trace to failure. That’s why the spread of the virus could never be controlled in this way.

Why has it not occurred to anybody in government that human societies are not exactly the same as one another – and therefore that what works in Seoul may not be easily replicable in Hartlepool? Adam Smith gave us the tools to understand why back in 1758. He said that the political class is made up of many examples of what he called the ‘man of system’: a technocrat, ‘wise in his own conceit’, who devotes himself to designing grand and complex schemes for society’s benefit, envisaging his country as a chess board on which he can arrange and rearrange the population like so many chess pieces in order to realise his brilliant plan. Lost in his daydreams, the man of system forgets that people are not chess pieces at all – they have needs, intentions and desires of their own. And so the man of system is constantly surprised that things never quite turn out how he hoped. Things go on ‘miserably’ towards ‘disorder’, as he persists with his hopeless scheming, stubbornly refusing to give up on his beautiful vision and growing ever more antagonistic towards the recalcitrant and ungrateful population.

Men (and women) of system are everywhere in our political life, of course, and test and trace is just one particularly prominent example of their unwanted meddling. Whether trying to get us to lose weight, to cycle more, to have a lower carbon footprint, to drink less, to say fewer nasty things or to give up smoking, we are beset on all sides by them. Everywhere we turn we are nudged, preached at, cajoled and bossed around in order to conform with somebody or other’s wonderful plan for our betterment. The misery that results is often just the enervation and ennui which comes from being always treated like an overgrown child. But it can be much more direct: think of the people whose lives are ruined for committing a ‘non-crime hate incident’, or the epic economic costs that will accompany our drive towards carbon neutrality by 2050. For disorder, look no further than your local neighbourhood and the chaos caused by cycle lanes and road closures.

How different things would be if we were governed by people in possession of what Adam Smith identified as the genuine public spirit: respect for the rights of individuals, and more importantly for the character of the society of which one is a member. For Smith the wise governor, like Solon, does not try to establish a perfect system of laws for achieving his ends, but rather ‘the best that the people can bear’. Anybody could have foreseen that test and trace would not sit well in British society and that it would be a scandalous waste of public money as a consequence (£22 billion has been budgeted for its first year of operation – think how many nurses or doctors that would pay for). It’s no good whingeing that it would all have gone swimmingly if only we were like the South Koreans or the Singaporeans: we are not. Our society needed a different solution, but our politicians simply could not see it.