The Apollo 11 pilot represented all that is great about humanity. 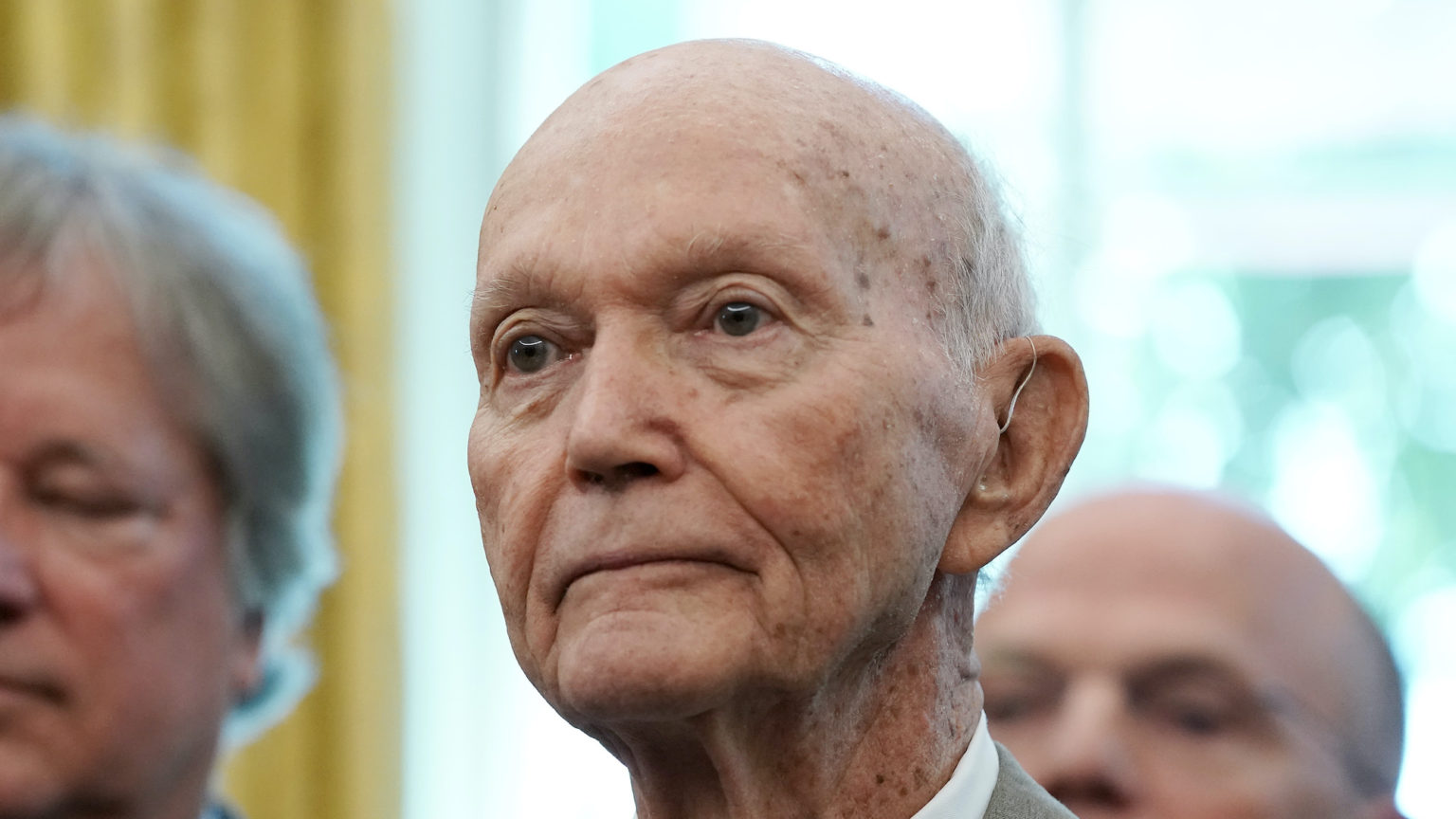 Michael Collins, the pilot of the Apollo 11 Moon landing, who returned crewmates Neil Armstrong and Buzz Aldrin to Earth, has died at the age of 90.

Collins is, perhaps, one of the greatest unsung heroes of human history. As the pilot of Apollo 11, he has remained in the shadows. He selflessly stayed in solitary lunar orbit as Armstrong and Aldrin stepped into the limelight on the surface of the Moon, so that he could eventually return the conquering heroes to Earth.

The death of Collins is an occasion to remember and celebrate the remarkable Moon landing in 1969. It remains the most significant human achievement of all time. In that moment, humanity had overcome the biological limitations nature had imposed upon us, having achieved the ability to fly and escape Earth’s gravity. We had developed the knowledge and engineering prowess to build a craft that would allow a human being to walk on the lifeless surface of a nearby planetary satellite and return to Earth. It was the crowning achievement of human courage and ingenuity.

But Collins’ death is also a moment to highlight the hidden stories that make up such triumphs. Collins was often asked how he felt orbiting behind the far side of the Moon, cut off from his home world, while his two crewmates made history landing on the lunar surface for the first time. Such questions were often driven by a sense that he had somehow missed out on making history. Reading what he felt in his loneliness as he orbited the Moon, recorded in his brilliant biography Carrying the Fire, gives us an insight into his courage and heroism:

‘I don’t mean to deny a feeling of solitude. It is there, reinforced by the fact that radio contact with the Earth abruptly cuts off at the instant I disappear behind the Moon. I am alone now, truly alone, and absolutely isolated from any known life. I am it… I feel this powerfully not as fear or loneliness but as awareness, anticipation, satisfaction, confidence, almost exaltation. I like the feeling. Outside my window I can see stars and that is all. Where I know the Moon to be, there is simply a black void; the Moon’s presence is defined solely by the absence of stars.’

Far from feeling abandoned, or experiencing a sense of missing out, Collins thought he was very much a part of what was taking place on the lunar surface. Yes, he candidly accepted that his seat was not the best of the three seats of Apollo 11. But he said with ‘truth and equanimity’ that he was satisfied with his. He was, after all, part of a team. The Moon landing had to be structured for three people. The third person was as necessary as either of the other two. The mission was more significant than the men who performed it: the goal and prize were not fame. To be part of that quest was more important than his ego.

What did preoccupy him, however, as he waited for Armstrong and Aldrin to lift off the lunar surface, was a great fear that they would not return to the lunar module. Leaving them on the Moon and returning to Earth alone was what kept him awake in the six months leading up to that moment they lifted off from the Moon. Carrying out his role that day, Collins piloted them home to a safe landing on 24 July 1969.

The content of Collins’ heroism was his humble, selfless courage, and his belief that what he was trying to achieve went far beyond himself. So different and refreshing this is from our contemporary self-obsessed culture. He would later call out the ‘adulation of celebrities and the inflation of heroism’. While he cherished the feeling of having been part of the Apollo programme, what it stood for was more important than the individuals who comprised it. His excellent prose in his biography spelt this out eloquently, and made a staunch defence of further space exploration and its importance to human flourishing:

‘Man has always gone where he has been able to go, it is a basic satisfaction of his inquisitive nature, and I think we all lose a little bit if we choose to turn our backs on further exploration. Exploration produces a mood in people, a widening of interest, stimulation of the thought process, and I hate to see it wither. Our universe should be explored by microscope and by telescope, but I don’t believe the argument that less emphasis on one will cause a more powerful focus on the other. When man fails to push himself to the possible limits of his universe in a physical sense, I think it causes a mental slackening as well, and we are all the poorer for it. Space is the only physical frontier we have left, and I believe its continued exploration will produce real, if unpredictable, benefits to all of us who remain behind on this planet. That one cannot spell out in any detail what these benefits will be does not contradict or deny their existence.’

To drum home this message, Collins recalls in his book his favourite story from 1783, when Benjamin Franklin witnessed the first public launching in Paris of a hydrogen balloon. What possible use was this new invention, a sceptic asked Franklin, to which he replied: ‘Of what use is a newborn babe?’

The humble Collins represented the Enlightenment spirit that forged the Apollo 11 Moon landing. He also represented something we have sorely lost: the willingness to take risks to attain human progress. How alien the idea of the precautionary principle must have seemed to Collins, a man who once summed up what he wanted on his tombstone: ‘We survived hazardous careers, and we were successful in them. But in my own case at least, it was 10 per cent shrewd planning and 90 per cent blind luck. Put LUCKY on my tombstone.’

Collins was far from lucky. But humanity was indeed lucky that people like him have stepped forward when needed and made history.