Apple is not your friend

Its claim to be the saviour of our privacy is self-serving nonsense. 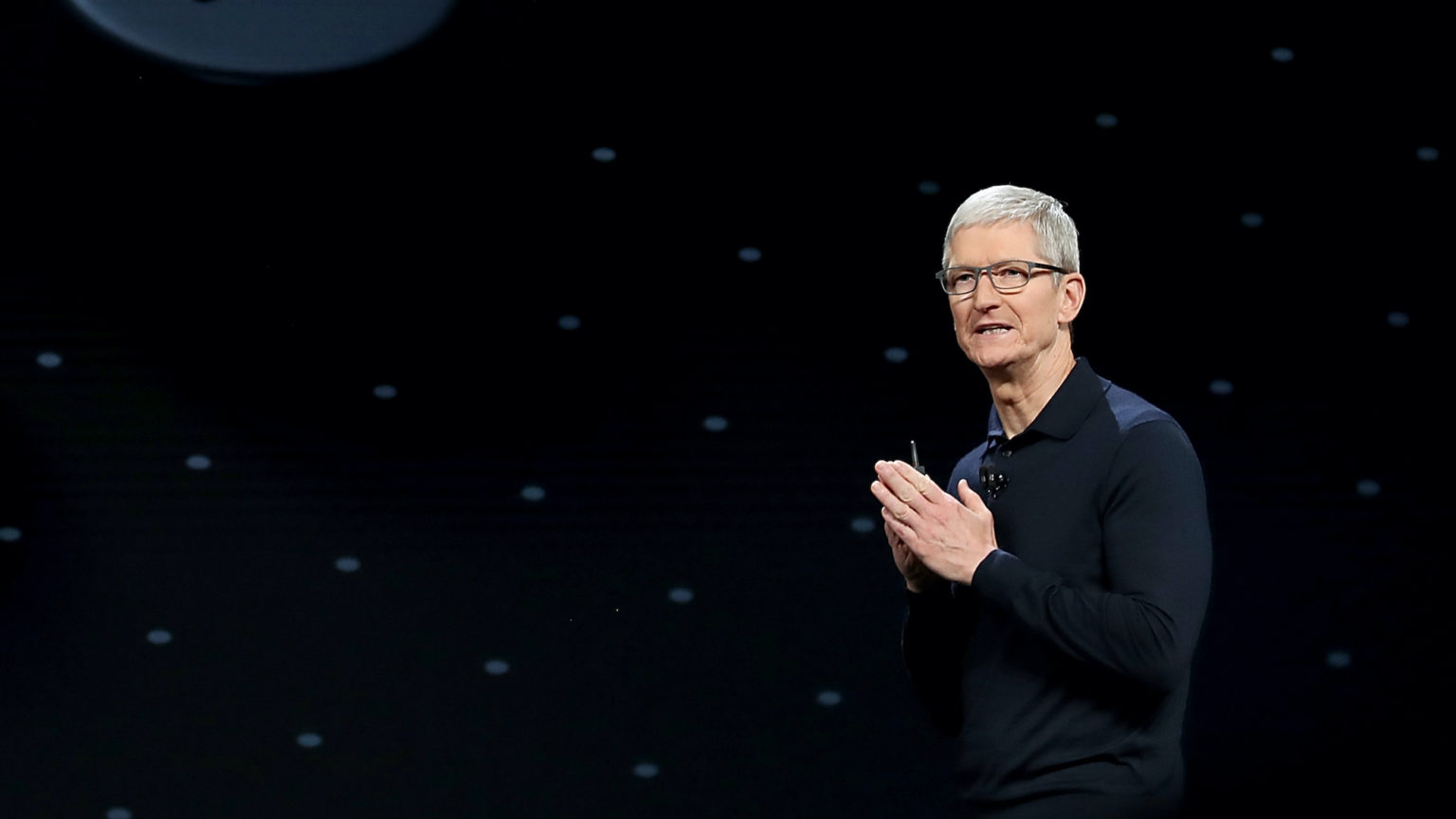 Tim Cook likes to pray. Or at least, he likes you to see him praying. The Apple CEO made so many supplicant gestures at last week’s Apple Event you’d be forgiven for thinking he is preparing for a monastic life. Apple founder Steve Jobs deployed this gesture sparingly – typically as an act of humility in front of Asian audiences – but it’s become Cook’s cloying signature mannerism.

More than any company, Apple is exceedingly keen that we notice its piety and moral purity, for both are part of its brand. But it isn’t alone. Facebook also sells itself hard to the public on TV ads as the vital connecting influence in human engagement, a free social service, a wellness arm of the NHS. Both tech giants also compete to be the Wokest of them All – a posture which is getting too much even for the hairshirt left. Now Apple and Facebook are at loggerheads, engaged in a war of words over privacy.

In one specific morality tale, Apple presents itself as a secular saviour. It promises to deliver its users from Facebook’s voracious data collection and creepy targeted behavioural advertising. Apple’s proposition is quite straightforward: if you buy its overpriced hardware (and perhaps some subscription services, too) you won’t get tracked and profiled by anybody, except perhaps by Apple. Facebook’s business model, on the other hand, is entirely based on data processing – packaging our behaviour and our inferred habits and preferences into user profiles to sell to third-party advertisers. But, as ever when sanctimonious technology giants clash, things aren’t quite as they seem on the surface.

To find out why, take a moment to consider where power lies in the digital advertising business. The market is divided into three groups: Google and Facebook, who operate as a duopoly, and everyone else – the latter competing in the open marketplace. The open web-advertising market is notoriously complex, and far from perfect, but it allows both sides of the trade – publishers and advertisers – to retain some power.

Google and Facebook are platforms that promise to do it all for you. In recent years, the duopoly has swallowed up most of the new advertising spending. The government-comissioned Furman Review in 2019 concluded that the vertical power of the big two was squeezing out players in the open market. It recommended the creation of a new regulator, the Digital Markets Authority, which began life last week, albeit without any legislative powers. But here things get murky.

What if Apple isn’t quite as saintly as it portrays itself to be? In a competition lawsuit filed by state attorneys in the US (led by Texas), details of a deal between Google and Facebook to carve up the market between them have emerged. Facebook would receive preferential bidding in ad auctions, and a host of other benefits not available to third parties. More relevantly, in the name of privacy, Google has also launched a raft of initiatives called Privacy Sandbox (or FLoC) to replace third-party tracking with its own services – cutting off the ability of advertisers to do business with anyone other than Google. Publishers are likely to lose revenue as a result – something Google privately acknowledged in an analysis of the economic impact of its move. The UK’s Competition and Markets Authority is considering a complaint by an alliance of digital-ad companies on the open market and publishers that FLoC kneecaps them commercially in about two dozen ways.

So where does Apple fit in? Apple is also against third-party tracking – this is the core of its dispute with Facebook – and is studiously neutral on Google’s Sandbox, at least so far. Then there’s the small matter of the billions of dollars – estimated to be between $8 billion and $12 billion – that Google pays Apple simply for making Google the default search engine on Apple’s mobile devices – the easiest free money anyone in Silicon Valley has ever earned. So Apple’s pious gestures are in reality giving a huge helping hand to one member of the giant ad duopoly – the one it favours.

A veteran competition lawyer compared Apple’s complaints about Facebook to the relationship between ‘Bootleggers and Baptists: one side can preach privacy and the other can optimise adverts.’ This refers to the observation that regulation can suit two apparently opposed interests. Luther Lowe, a VP of Yelp (one of Google’s tiny competitors), describes unwritten alliances like this as ‘symbiotic cooperation’, rather than collusion – companies step aside to give each other a hand.

Into this corporate spat charge our digital intelligentsia – reliably a day late, and a dollar short. Micro-targeted, ‘behavioural’ advertising has been in their sights since the political class was shocked senseless by the results of the UK’s EU referendum and the election of Donald Trump in 2016. Pinning the blame on ads was always a wildly improbable argument. No one could ever explain the mechanism that would lead people to discard years of voting experience (and intense media debate over many months) in a fraction of a second, to be suddenly triggered – like the Manchurian Candidate – by a fleeting web advertisement. In fact, an explanation was never even attempted – these digital assets apparently had occult powers of persuasion.

These arguments against Facebook collapsed into a vortex of ever-wilder conspiratorial accusations. The residue from this was a mini-industry of academics and influencers focusing on behavioural advertising and data collection. At times, these arguments are only slightly less hysterical than those of Brexit conspiracy theorists like Carole Cadwalladr. Now, in a fit of Puritan righteousness, business writer Shoshana Zuboff (The Age of Surveillance Capitalism) and, more recently, Oxford professor of philosophy Carissa Veliz (Privacy is Power) have called for behavioural advertising and all tracking to be outlawed completely – ‘to save democracy’.

For ordinary people browsing the web, who can’t afford a costly subscription, or who are unwilling to take one out, paying for an article (like this one) with their personal data seems like an entirely reasonable proposition. Clearly online publishers need new models somewhere between a monthly subscription and totally free, and digital ‘wallets’ like Axate have great promise. But the wholesale abolition of advertising would deprive people of a rich range of free reading. Many publishers would be impoverished by its abolition, leading to an even greater loss of media diversity. Google, on the other hand, stands to make a killing from the end of third-party tracking.

As is so often the case, the demands of privacy campaigners will end up empowering the tech giants further.

Andrew Orlowski has covered the failure of Test and Trace for the Daily Telegraph and Big Tech’s industrial scale censorship for spiked .