The murder of a Jewish grandmother has exposed Europe’s blind spot on anti-Semitism. 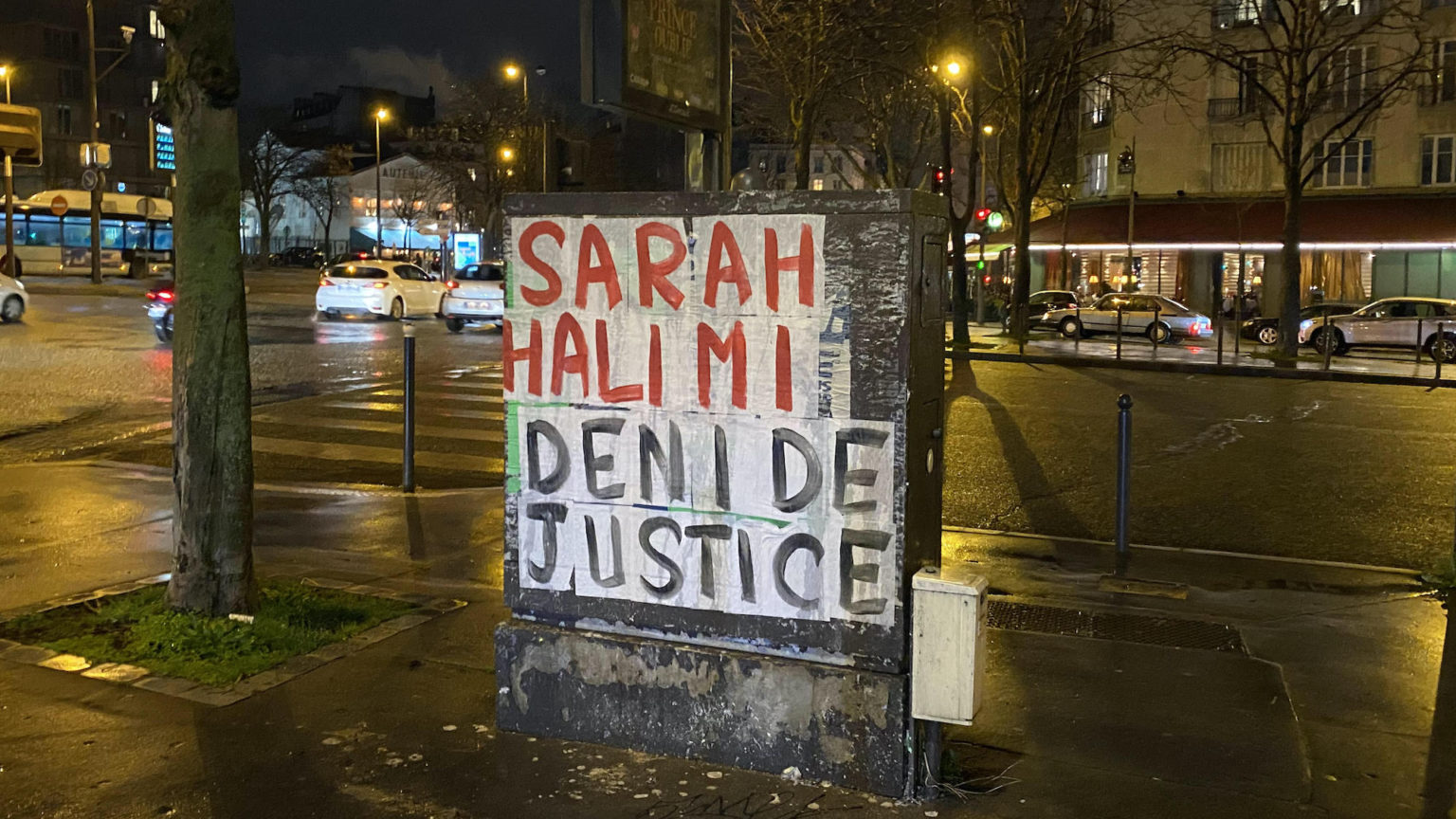 Sarah Halimi was a Jewish woman who lived in the 11th district of Paris. She was a retired doctor and schoolteacher. She had three children and grandchildren too. She was 65 years old when, on 4 April 2017, a male Muslim neighbour, Kobili Traoré, broke into her apartment and killed her. He tortured her and defenestrated her, throwing her from her balcony to her death three storeys below. As he committed this barbaric act he continually shouted ‘Allahu akbar’. He recited passages from the Koran. When he was done he said: ‘I have killed the devil.’

To most people this would appear to be a chilling and bloody act of anti-Semitic hate. Halimi’s family sees it that way. Sarah’s brother believes it was an Islamist terror attack. Many French Jews see the slaughter of Halimi as yet another anti-Jewish hate crime, of which there have been a disturbing number in France in recent years. The massacre of a teacher and children at a Jewish school in Toulouse in 2012; the murder of four Jews in the kosher supermarket siege in Paris in 2015; the murder of 85-year-old Holocaust survivor Mireille Knoll in her apartment in Paris in 2018…. The Jews of France have been rocked by many sickening acts of racist violence in recent years, and the killing of Halimi by a disturbed Muslim screaming ‘Allahu akbar’ seemed to have been another.

Yet the French authorities viewed it a little differently. In December 2020 the court of appeals decreed that Kobili Traoré could not be held responsible for his actions. Traoré is a criminal with more than 20 convictions. He was a drug dealer and drug-taker. The courts ruled that on the night of 4 April 2017 he was high on cannabis and was experiencing a ‘delirious episode’. Last week the high court upheld that decision. It confirmed that there was an anti-Semitic element in the attack but ruled that Traoré is mentally unfit to stand trial. No one will be convicted for killing this 65-year-old Jewish grandmother.

The court’s decisions have caused a storm in France. Even President Macron has called for ‘clarity’ over the killing. Three months after Halimi was killed, Macron accused France of being too quiet about this barbaric act. ‘We were silent because we did not want to see’, he said. At the weekend, thousands of people took to the streets of Paris, Bordeaux, Marseille, Lyon and Nice – as well as Tel Aviv, Rome, London and New York – to demand ‘Justice pour Sarah’.

People’s sense of shock and betrayal was captured well by Bernard-Henri Lévy. ‘A man who savagely beat and murdered an old Jewish woman while screaming “Allahu akbar” is set free because he was high. Another man in France recently received a prison sentence for killing a dog’, he wrote. The Simon Wiesenthal Center has expressed concern about the message that might be sent to other violent-minded anti-Semites – namely, that you can potentially get away with racist murder if you take some drugs beforehand. ‘Snort drugs to kill a Jew’, said the Center’s director for international relations, Shimon Samuels.

It isn’t only the legal rulings that are discomfiting. There’s also the silence. Yes, thousands of people valiantly demonstrated for justice for Sarah Halimi. But where is the broader global outrage? Where is the social-media campaigning? Where is the knee-taking? Where are the corporations insisting that Jewish Lives Matter? Where, even, are the women’s rights campaigners? As Lévy says, there has been ‘silence’ from feminist groups in France: ‘[They] typically do such remarkable work in support of battered women, but had nothing to say about this case.’

The dearth of global concern about what is happening to Jews in France, the absence of progressive agitation in defence of this minority group, is a grim sign of the times. It confirms that anti-Semitism is not taken as seriously as other forms of racial hatred. We see this in the US and the UK too. Violent attacks on Jews in New York, many of them carried out by African-American males, rarely make waves in the way that police assaults on black men do. The left in the UK suffers from a bizarre tic in relation to anti-Semitism – mention it to them and watch them instantly spout the words, ‘And what about Islamophobia? What about anti-black hatred?’

One reason the woke elites are so unwilling to grapple with the new anti-Semitism in France and other parts of Europe is because of who the perpetrators often are – Muslims. All of the murderous racist assaults in France mentioned above were carried out by Muslims. Anti-Semitic attacks are rising in France – in 2017 almost 40 per cent of racist violent assaults in France were targeted at Jews, even though Jews account for less than one per cent of the French population. And at least until 2011 – when France stopped recording the identities of those who commit anti-Semitic crimes – Muslims had been the ‘largest group identified as perpetrators’ of this form of racist violence, as the New York Times reported. Günther Jikeli, a German historian who has extensively studied Muslim anti-Semitism in Europe, has described it as a ‘blindingly obvious’ problem, but one that few people want to talk about.

This moral cowardice in relation to new forms of anti-Semitism is shaped at least in part by the politics of identity. Identitarians divide humankind into rigid categorisations of ‘privileged’ and ‘oppressed’. Muslims are seen as ‘oppressed’ – hence every criticism of their faith or behaviour is denounced as ‘punching down’ – while Jews are seen as ‘privileged’. And how can an ‘oppressed’ people play a role in the racist tormenting of a ‘privileged’ people? It doesn’t compute. And so it is ignored. It is now seen as virtually Islamophobic to talk about Muslim anti-Semitism. Raising concerns about the racial vilification of Jews is itself seen as a racist dog-whistle, a sly attempt to demonise all Muslim people. Jews are abandoned to preserve the orthodoxies of identitarianism. Such is the moral disarray and inhumanity of identity politics today.

We need justice for Sarah. We also need to take seriously the growing evil of anti-Semitism. And we need to explore how those who pose as progressive have thrown petrol on the fire of this racial hatred with their evasion, their denialism and their divisiveness.

Picture by: Polymagou, published under a creative-commons license (CC-BY-SA).