Why I have finally stopped watching football

It has become a meeting point for the triple threat of globalism, wokeism and safetyism. 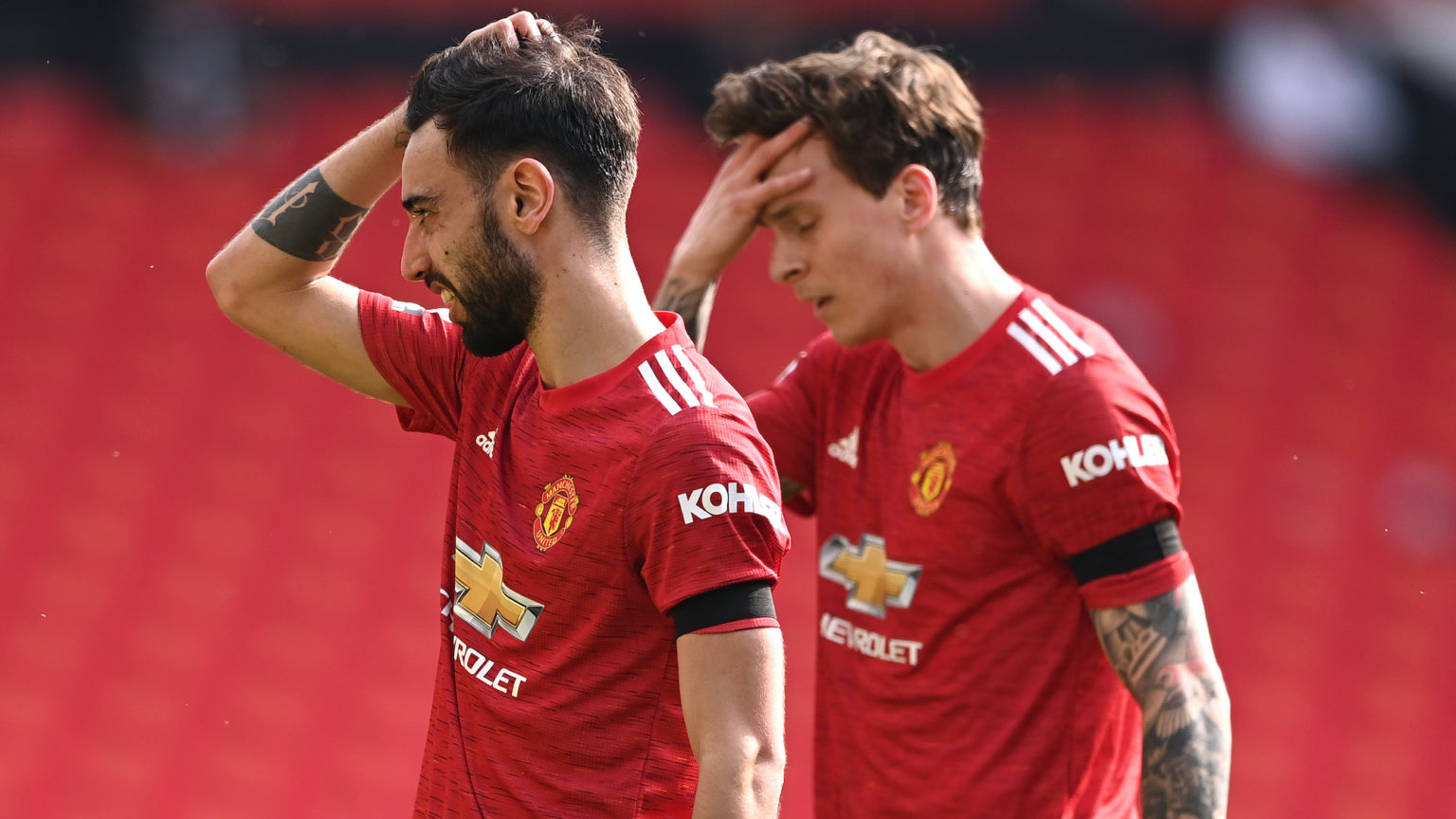 What an incredible moment in history it was.

A group of ordinary British people, combined with a few high-profile names, managed to pull us out of a bloated, unaccountable European project designed to protect its own financial interests at the expense of the individual countries involved.

That is presumably how people will look back on the collapse of the newly proposed football ‘Super League’.

At the time of writing (and it keeps changing alarmingly rapidly from a writer’s perspective), the whole ugly edifice looks to be crumbling thanks to an extraordinary, near universal backlash, led by particularly vocal opponents like all-round legend Gary Neville (if only we could get Gary on to the issue of vaccine passports).

However, I am not exactly in a celebratory mood. I hate to be a party pooper (I have always maintained it is one of the worst kinds of ‘pooper’ you can be), but for me it is a case of too little, too late.

Football, you see, had already pushed me too far. Like a partner with a gambling problem who has finally cleaned themselves up, this victory is great for them but doesn’t change anything for me. The house is gone, you’ve sold the dog, and I’m not coming back.

I have been on the verge of walking away from football for quite a while now.

I probably should have done it when, as I wrote about in this esteemed publication, they first started wall-to-wall promotion of the radical and violent political group, BLM. A group that, we now learn, likes to burn down the inner cities while its founder builds a property empire in faraway wealthy neighbourhoods, like some kind of woke version of SimCity.

Or maybe I should have walked away even before then, when they introduced the widely loathed VAR. Or perhaps when they brought in the absurd handball rule that reduced matches to pure chaos and could not be decoded by the game’s best players, managers or pundits (this one they actually had the sense to roll back).

But it finally ended up happening a couple of weeks ago.

I had flicked on the Utd vs Spurs game just as a terrible VAR decision ruled out yet another great goal. This was followed by the words ‘Black Lives Matter’ constantly flashing up on the screen, even while at that very moment a prominent BLM member was all over the internet threatening that cities would be ‘on fire’ if the result of the Derek Chauvin case did not go their way.

Then the adverts came on and I thought I was safe. Instead I was confronted by a short piece consisting solely of an angry woman’s face telling me to ‘Get the jab!’. It felt like the broadcast had been taken over by a Batman villain.

True, the ad was technically nothing to do with the football, but the point is I had simply had my fill of spoiled matches interspersed with jarring propaganda.

I was watching the game to see if Bruno Fernandes would manage to score a goal from open play, or if Mourinho would get sent off from the touchline again, not to be sold radical political ideologies or get shouted at about my health decisions via some kind of NHS-themed hostage video.

It has not been an easy decision for me to quit football (watching it, that is – I played 5-a-side just last week and gained a new level of respect for the players’ fitness when after about five minutes my Fitbit told me I was technically dead). And that is as it should be: a boycott has no meaning unless there is genuine sacrifice.

Growing up in a remote northern village, football was everything to us. Watching the Italia 90 World Cup as a young boy was literally magical. I am telling you it was actual magic. Beauty and tragedy combined in an epic contest that, despite being a small child, I remember better than whatever I did last week (tweeted about lockdown while eating Nutella, is my best guess).

Platt’s last-minute goal against Belgium, Gazza crying, Waddle hitting the post against West Germany. And of course the penalties, which I still can’t even talk about without getting upset. It will stay with me forever.

Now we are in a very different world. Gazza is a troubled alcoholic, though thankfully still with us. Gary Lineker, a hero then, has turned out to be one of the very worst people in the world. And football itself has become a corrupt, politically correct, increasingly dull spectacle intent on causing its own slow suicide (David Platt seems cool, though).

Football, always central to our culture, has become a meeting point for the triple threat of globalism, wokeism and safetyism.

Globalism, as well as the general shift towards a feudal society led by a handful of billionaires, is perfectly exemplified by the proposed new Super League. The idea is (or was?) that a select few European teams, owned by very rich people from around the world, would compete repeatedly against each other in a pointless, elitist circle jerk with no jeopardy, financed by JP Morgan and generating revenue not necessarily through ticket sales, but from, for example, selling off the TV rights to China.

The teams would finally lose all connection with their local areas, and even with their respective countries, as well as with the fans who built these clubs, and who have conveniently already been banned from stadiums.

Like a high-level politician walking into a pub and telling the landlord that he doesn’t want to hear his views, despite said landlord being a lifelong voter for his party, football’s biggest problem has long been getting rid of the pesky fans that scupper all their evil schemes. With the Super League they are (or were?) on the verge of achieving that aim.

So that is the evil global banking side of football, or its latest expression at least. Clearly football has been going this way for a while and, like the rest of the corporate world, it has also fallen prey to the scourge of wokeism.

We see this in the relentless promotion of BLM, and the absurd kneeling before matches, which, again, is the kind of nonsense you can only get away with without fans, and was loudly booed as soon as a few of these unfortunate creatures were let back into stadiums.

Commentators now try to muddy the waters and pretend this is just some benign anti-racism message, yet the Premier League, Sky and BT Sport all retain the logo of this violent and divisive political group, in a way that becomes increasingly obscene the more we learn about BLM.

Finally, safetyism has also infected football, in the form of VAR. It is football’s equivalent of a ‘Zero Covid’ approach. A centrally planned, utopian notion that all error can be removed from the game, failing to realise that in doing so all joy is also removed (what pundits call the ‘human element’) and that new errors are continually created by the overcorrection itself. It is a form of insanity that has brought the game to its knees metaphorically, just as BLM has achieved this in literal terms.

We can also see this safetyism in the more valid concerns about players heading the ball. The suggestion from some is to completely ban heading from the game, or at least remove it from training (leading, presumably, to crap heading). No one wants players to suffer brain injuries, but at the same time this proposal forces us to confront the very meaning of sport.

The goal of sports is not safety. It is human potential reaching its fullest expression, requiring sacrifices in order to do so. Sport is supposed to contain an element of the warrior mentality. Very explicitly in boxing, where you can still easily get killed in the ring, and to a lesser extent in games like football.

In his books, Roy Keane talks about the pain he now endures every day as a result of the choices he made during his career. But he accepts that this is the deal you make to attain high-level sporting achievement.

It is not that you want players to suffer. It’s just that, once these questions have been raised, it is a sign that we are already on the decline.

At the root of all this is an over-mature, radically secular society that has lost confidence in itself. No transcendent values exist beyond material self-preservation, hence the obsession with safety.

To use an extreme example, something like the Japanese ‘Seppuku’ – ie, to choose death over shame – would be absolutely alien to us, and totally antithetical to our current culture.

In fact, the very concepts of merit and individual striving, so inherent to sporting achievement, have now become problematic, as they are seen to be tied up with old-fashioned, oppressive, patriarchal societal structures.

Nor is sport free from the recent confusion around gender. Another possible sign of decline – it is said to have been prevalent in the late period of the Roman Empire – it poses a huge problem for women’s sports, with the emergence of trans athletes.

Given all this, it is no surprise that the commentary around football has now become more interesting than the game itself. The actual matches are bleak, with their depressing VAR deliberations, endless penalties, and dystopian empty stadiums pumping out fake crowd noise. Yet the controversy surrounding the game has never been more compelling.

This is consistent with where we are across the entire culture. As our values collapse, we are unable to produce quality art, movies, music, comedy, and so on. All that remains viable is an obsessive dissection of where we have gone wrong. Thus YouTube videos, podcasts, Twitter and even football punditry hold our interest, while the primary forms they refer to fall away.

Culturally we have cornered ourselves into self-destruction. All we can do, at least for now, is analyse the problem.

So yeah, that is why I am no longer watching football.