We must never forget the Old Normal

Supporters of lockdown want us to forget that we once lived freely. 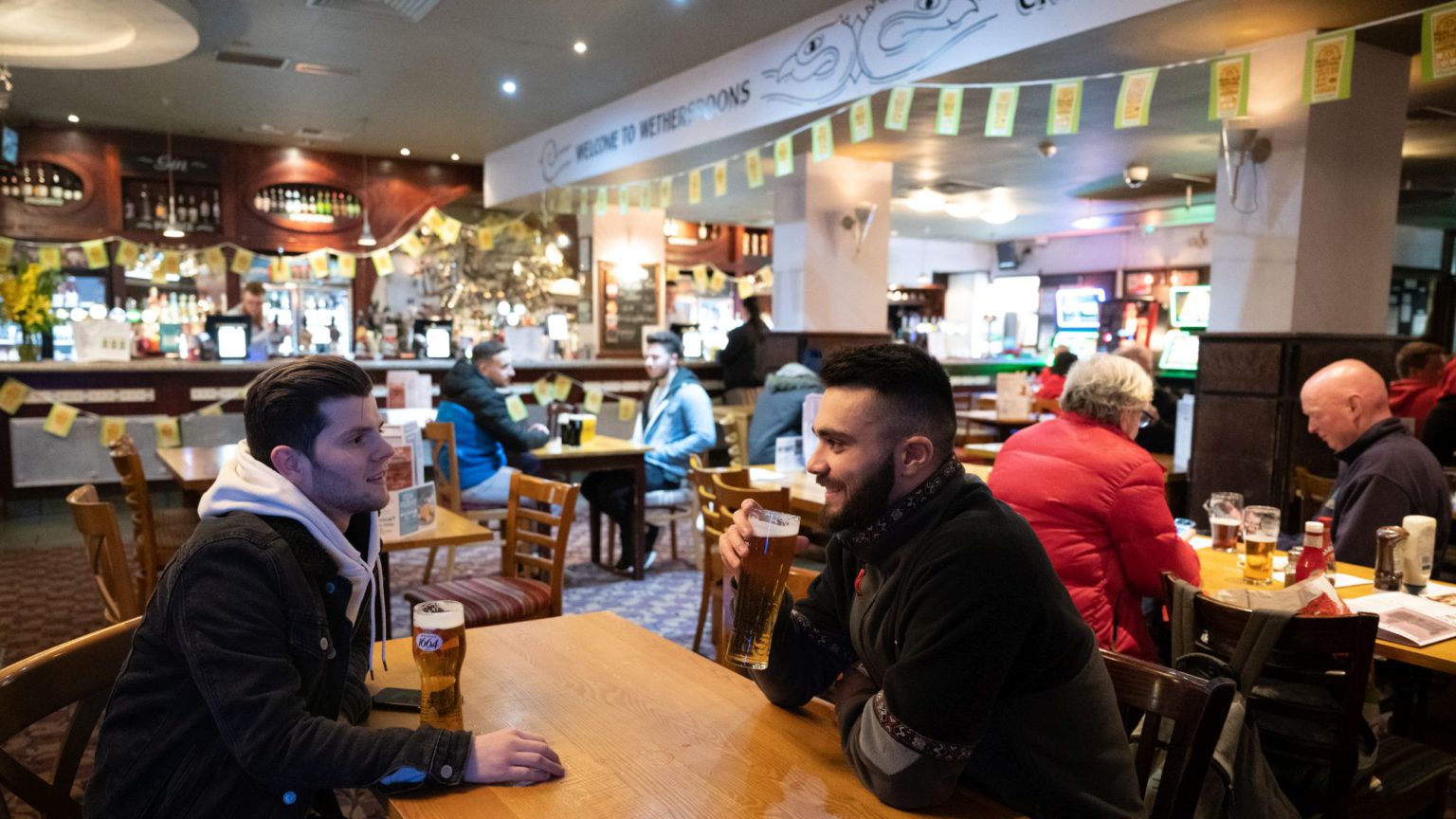 We have now spent over a year in lockdown limbo. Vaccines were supposed to release us by ‘early spring’. Matt Hancock promised that after the vulnerable had been vaccinated, the government would ‘cry freedom’. Well, it’s early spring, and the vulnerable have more or less all been vaccinated. But Chris Whitty has been back on the airwaves to tell us that there will ‘definitely’ be a third wave of infections. Meanwhile, the head of Public Health England thinks nothing of saying that we will be wearing masks and obeying social distancing rules for ‘years’ – and might as well since, according to her, we have all grown used to it anyway.

Normal life – the pub, the real pub, where you did not have to wear a mask or produce a certificate to get in; meeting friends for a casual coffee; going to work; going to an art gallery or a football match – already seems like a dimly remembered dream. What will be left of those memories if all this really does go on indefinitely? Particularly if there is an ‘escape variant’ that evades vaccination – or if another pandemic comes along?

The Czech author Milan Kundera begins one of his novels with the observation that ‘The struggle of man against power is the struggle of memory against forgetting’. He wrote this specifically about a tactic of leaders behind the Iron Curtain: ‘airbrushing’ inconvenient people from photographs so as to cleanse them from public record. More generally, he was making the point that ideologies – all ideologies – rely on the obliteration of history. An ideology simplifies all of the complexity of the world to a few trite principles. Because history is messy and complicated and almost never conforms to this kind of exercise in reduction, the solution is to forget history altogether. This is why so many ideologies have a ‘Year Zero’ component in their makeup. They are about ripping things up and starting afresh on a blank slate.

Lockdownism, the ideology that now dominates public life, is no different. One of its central elements is forgetting the past, including the very recent past. Before 2020, nobody spoke about ‘lockdown’, ‘social distancing’, ‘the R-rate’, ‘self-isolation’ and so on. Yet we now talk about these concepts as though they have existed for decades – almost as though they are immutable facts about how we have always dealt with infectious disease, rather than a series of ideas dreamed up on the spur of the moment and imposed in a panic. We are encouraged to forget that things used to be different and that we used to live our lives freely, accepting that there were nasty diseases out there that might kill you if you did, but this was a risk worth taking because the alternative was worse.

Imagine going back in time to this moment two years ago, April 2019, and asking somebody whether it would be acceptable to pause children’s education, put an end to live music and live sport, prevent people from meeting family members or hugging at a funeral, and close businesses for an indefinite period, all in response to a virus which more than 99 per cent of people survive. There would have been only one answer. We all know this. That wasn’t how we used to think about these things. But now, we are forced to forget.

I have a personal perspective on this, because my father died of complications arising from flu – back in 2015, when things were different. He was 70 and had been suffering from a rare degenerative brain condition. He had, for some months, been effectively unable to eat, speak, or move; he was extremely frail and the flu was simply too much for him. He developed pneumonia and died very shortly afterwards. This is not at all uncommon. Over 25,000 people die from pneumonia in a normal year in the UK. If you are in my father’s position – elderly and already very ill – the chances are high that it is what will finish you off.

I was very sad about my father’s death, of course. I loved him and he was my dad. What I do not remember is feeling any sense of anger or injustice about the fact that somebody (who knows who?) had evidently passed the flu virus on to him and thereby ‘killed’ him. In those days – 2015 feels like an aeon ago – we did not think of death in this way. It was just something that happened. Yes, I suppose we all knew in an abstract sense that people can die from viruses they catch from others. But if I had gone around after my father’s death, ranting about the irresponsibility of young people going out socialising and of allowing children to go to school and contribute to the spread of flu, I would – rightly – have been told to seek help.

My father died because somebody passed a virus on to him. I loved him, but it was his time. And I would not have dreamed of expecting the whole of human society to put itself on hold in order to save him. Yet this is now how we are enjoined and encouraged to think about the current pandemic. We must all sacrifice our social lives, our jobs, our communities, even our family life, in order to refrain from spreading a virus and thereby inadvertently killing somebody’s granny.

We must not forget that we did not used to think about disease in this way. It should be evident to any grown adult that this new way of conceptualising infection and death is based on a profoundly immature and misanthropic notion that our sociality – the core of our nature as human beings – must be sacrificed in order to avoid an inevitable consequence of nature: infectious disease. Humans must live closely alongside other human beings. If we do not, we suffer. The possibility of inadvertently passing on an infection is a price we pay. And yet this fundamental element of our nature is being pathologised and reconceptualised as an unacceptable risk. Once that Rubicon has been crossed, it is difficult to know where we will end up. But it is a fair assumption that wherever it is, it will be profoundly unpleasant – and whatever fragments of memories of the ‘old normal’ remain to us will then be of small consolation indeed.