A teacher has been struck off for insulting his pupils in an anonymous blog. 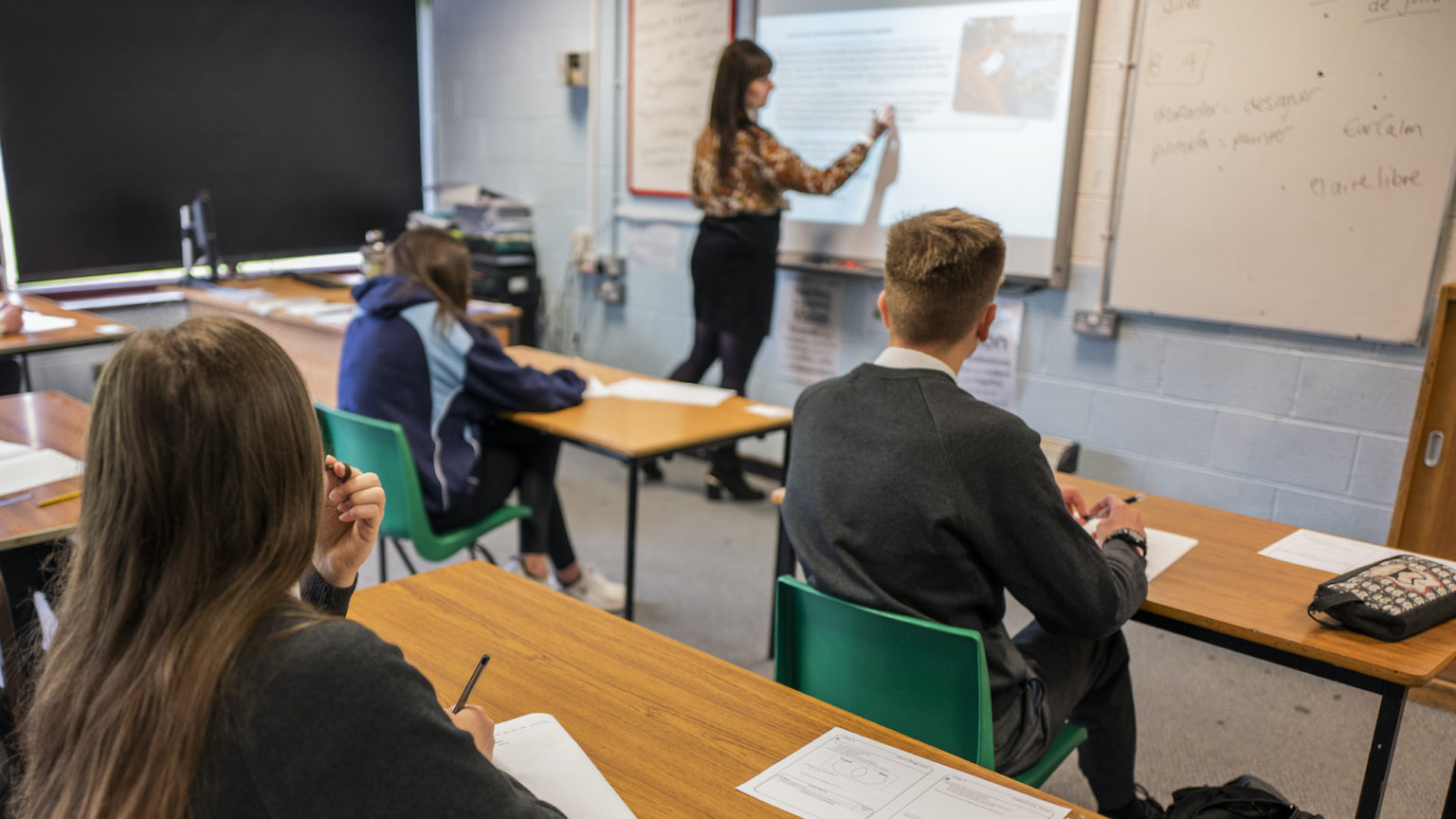 You have to watch what you say very carefully if you are a teacher these days. Last year, Eton teacher Will Knowland lost his job after suggesting that there are innate differences between men and women, and refusing to remove a YouTube video making a similar point. But the censorious trend is not limited to upmarket schools – as shown by a case last week from a thoroughly undistinguished comprehensive in North Wales.

Alexander Price, a technology teacher at Denbigh High School, wrote an anonymous blog post 18 months ago (available here, unfortunately not for free), in which he slated the school. Girls at the school were, he said, interested in little other than the annual school prom. At that event, well-off boys merrily snorted cocaine and the girls looked like a cross between ‘Eastern European prostitutes and trans-human Kardashian clones’. They were plastered in fake tan and ‘make-up so thick that when it cracks it rivals tectonic plates’. They wore ill-fitting prom dresses which their parents could ill-afford. Educational standards were, meanwhile, abysmal: some pupils, Price said, had ‘literacy so poor they cannot read the instructions on sachets of brown goop that leak into every pore’.

In another blog post, Price referred to the school’s headmaster as Grima Wormtongue, the two-faced, sycophantic Lord of the Rings character.

After a little sleuthing, the blog was traced to Price, who admitted he wrote it. He was sacked in 2019. But this was not the end of the story. Though understandably disillusioned with teaching and determined not to return to it, Price was subsequently hauled before the Education Workforce Council (EWC), the Welsh government’s disciplinary body for teachers. He was accused of professional misconduct. On Tuesday last week, the EWC ruled against Price. What he had said in his blog was ‘critical’, ‘disrespectful’ and ‘likely to cause offence to any pupil or parent’, it said. Even worse, his prom post had focused on ‘families from poor backgrounds’ in an ‘unnecessary and unwarranted way’. In line with the ruling, Price has been banned from teaching anywhere – a ruling he cannot apply against for at least two years.

This episode has raised a lot less comment than the Eton debacle, but should worry us more. This was not simply a case of a teacher being sacked from one school and told to look elsewhere. Price has been forbidden by law from teaching anywhere – even at a school that wants to employ him. This is a serious sanction, as it essentially equates to the state taking away his livelihood.

This can be a justified response to some serious cases of misconduct. Actual threats or danger to pupils are one example, and sexual offences are another. So too is old-fashioned incompetence. But none of these categories applied to Price. For one thing, his blogpost was anonymous. It could therefore offend only those who actively decoded the references in it.

Regardless, what was the actual harm the post caused? Offence and damage to the self-esteem of a few families and pupils, granted. Possibly also embarrassment to some other teachers at the school. But however unpleasant matters like this may be for the school, none of these things provides any good reason for the state to prevent Price from teaching.

However disconcerting Price’s claims about the parlous state of Denbigh High might have been for families, students and staff, no one appears to have said they were not true. Indeed, there is reason to think they were uncomfortably accurate: at about the same time as they appeared, the school was ignominiously placed in special measures as a failing institution. The fact that Price was punished for making these failings clear says a lot about the dire state of Wales’ education system.

There is also a wider point to be made. This is a case about a professional disciplinary body. These bodies are becoming as much of a threat to freedom of speech as dictatorial employers are – possibly even more so. Most, like the EWC, now demand that their members do nothing to diminish public confidence in the teaching profession as a whole. This is a requirement that effectively bars teachers from saying anything in public that may offend someone. And, of course, the consequences of breaching the rules are immeasurably greater when they are determined by one of these bodies: not simply a P45 from one particular employer, but legal loss of livelihood.

Technically, the Welsh teaching profession is separate from the English, so what happens in Wales will not necessarily spread across the Severn. There is also cause for hope: last month, the General Teaching Council for Scotland (GTCS) disgusted the liberal establishment by courageously refusing to disqualify teacher Richard Lucas from the profession. As leader of the Scottish Family Party, Lucas had defied received progressive opinion by saying in a YouTube video what he thought about sexual morality – as well as criticising Scottish Tory leader Ruth Davidson for producing a ‘fatherless child’. The GTCS said he was not guilty of professional misconduct, since his argument had been measured and sedate, and there was no clear evidence that people would think him intolerant or prejudiced as a result of it.

But we are not out of the woods. The case of Will Knowland remains live. In addition to being dismissed from Eton, he too has now been referred to the English teachers’ disciplinary body, the Teaching Regulation Agency (TRA), with a possible view to being struck off. It remains to be seen what view the regulator will take on the problem of educational wrongthink and identity politics – but don’t hold out too much hope.