Misinformation about vaping could cost lives

Governments and the media are still spreading needless fear about this life-saving technology. 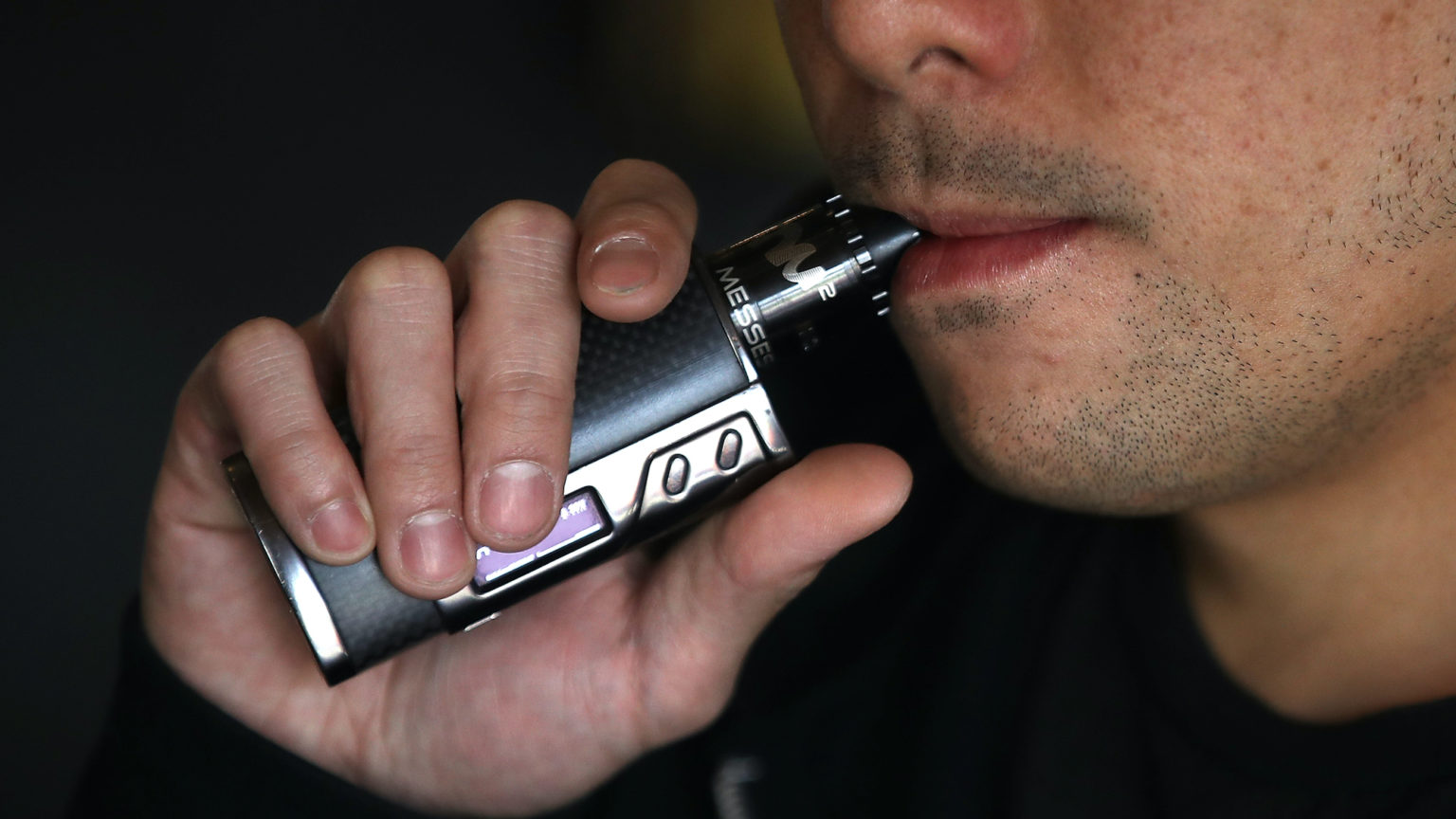 One thing free-market liberals and ‘public health’ campaigners can agree on is the importance of education. If people don’t know the risks, they can’t make an informed decision. Nanny statists sometimes take this too far. Everyone knows that smoking is bad for their health, they don’t need gruesome photos on cigarette packs to tell them. But the basic principle is sound. People need the facts and educating the public is one of the primary duties of health agencies.

Alas, they are failing. While campaigners have been busy demanding health warnings on alcohol and more labels on food, the public’s knowledge about e-cigarettes has been going backwards. As a recent report from Public Health England concluded: ‘Perceptions of the harm caused by vaping compared with smoking are increasingly out of line with the evidence.’ The proportion of smokers in England who think vaping is as dangerous or more dangerous than smoking rose from 36 per cent in 2014 to 53 per cent in 2020. Less than a third of smokers believe – correctly – that vaping is less harmful than smoking and 40 per cent of them wrongly believe that nicotine causes cancer.

To be fair to British public-health agencies, they have generally tried to debunk anti-vaping myths. The situation is worse in the rest of Europe where governments have been ambivalent or antagonistic towards e-cigarettes. The recently published Eurobarometer survey shows that among those who have little or no experience with vaping, only 20 per cent think e-cigarettes and heated tobacco products help smokers quit. One study found that 59 per cent of Europeans wrongly believe that vaping is as dangerous or more dangerous than smoking. That study was carried out in 2018 and the figure is probably even higher today given the relentless anti-vaping scare stories that have since proliferated.

The US has been in the grip of a full-blown moral panic about e-cigarettes for several years and its junk science has dripped into the British and European press. Experiments on mice, zebra fish and other small animals have been inappropriately extrapolated to humans, with their findings further exaggerated by the sensationalist press. The cumulative effect of dozens of scary headlines has dealt a blow to the public’s confidence in vaping as a safer substitute for smoking.

The 2019 outbreak of so-called EVALI (e-cigarette or vaping product-use associated lung injury) was confined to North America but soon became a global news story. Dozens of mostly young people died as a result of inhaling black-market THC oil that had been adulterated with Vitamin E acetate. It had nothing to do with ordinary vaping, but activists cynically exploited the incident to portray e-cigarettes in the worst possible light.

The result is that people are more ignorant about vaping than they were 10 years ago and fewer smokers are switching to e-cigarettes than would be the case if the public were better informed. In the EU, only two per cent of adults are regular vapers and that number hasn’t changed since 2014. Most smokers in the EU have never even tried an e-cigarette and only 14 per cent of them say they find e-cigarettes appealing. Fear and suspicion has led to intolerance. Around 47 per cent of EU citizens are now in favour of banning e-cigarette flavours, up from 40 per cent in 2017, and 71 per cent of those who have little or no experience with vaping think e-cigarettes should be regulated as strictly as tobacco.

The result of snuffing out the vaping revolution has been stubbornly high smoking rates across most of Europe. Despite a slew of tobacco-control policies, the smoking rate in the EU barely budged between 2014 and 2020, dropping from 26 per cent to 25 per cent. The EU itself didn’t help matters by piling petty regulation on the e-cigarette industry in 2016 with its Tobacco Products Directive. This included an extensive advertising ban which prevents vape companies from putting out a positive message to help counteract some of the negative publicity.

The UK, by contrast, broadly embraced e-cigarettes and has seen a dramatic decline in smoking prevalence. Between 2011 and 2019, the smoking rate fell by six percentage points — from 20 per cent to 14 per cent. By a neat coincidence, six per cent of British adults are regular vapers. The only EU country with a lower smoking rate is Sweden, where smokers have switched to the smokeless tobacco product snus, which the EU, in its infinite wisdom, has banned everywhere else.

But even Britain is not immune to anti-vaping misinformation, and the number of vapers has barely increased since 2016. Millions of people continue to be dangerously misinformed and there is a job of work to be done educating them. As the Public Health England report says, ‘greater emphasis needs to be placed on how best to communicate evidence of relative harm to smokers so that they can consider all the options available to them’.

It is probably too much to hope for more responsible journalism – bad news sells – but governments, charities and companies need to do more to get the facts out there (this film from Yorkshire Cancer Research is a great example of how to go about it). E-cigarettes and other reduced-risk nicotine products are some of the great disruptive technologies of our time. They have the potential to make smoking obsolete without infringing on personal choice and without costing the taxpayer a penny. It would be a tragedy if their potential goes unfulfilled because of ignorance.