Cummings and the bluffers

Dominic Cummings is right to say we need a better approach to science and technology. 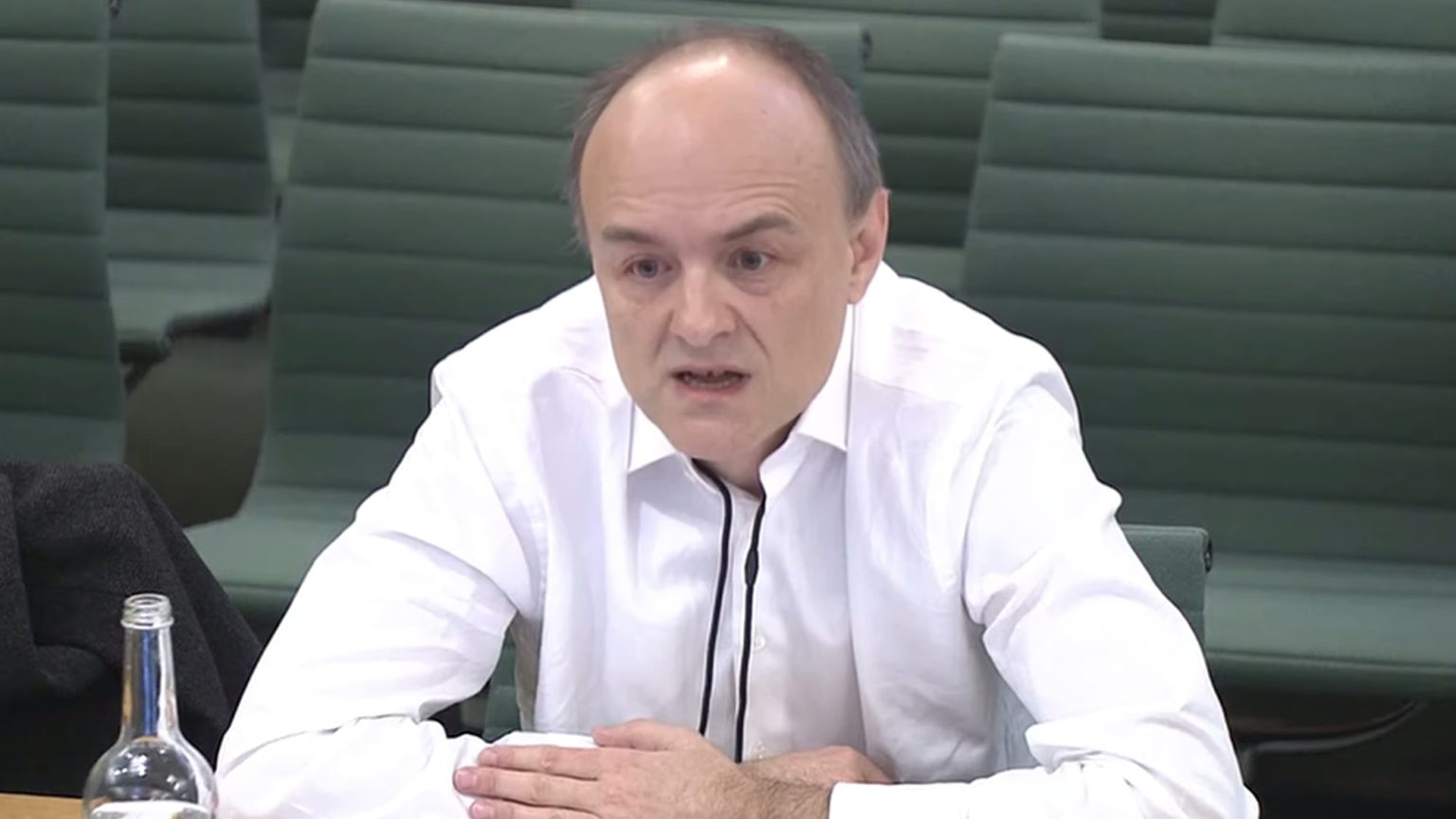 Twitter’s favourite hate figure, Dominic Cummings, was until recently the most influential adviser in No10 Downing Street. Yesterday he eviscerated the British state’s contempt for science and technology, and the vast bureaucracy that has attached itself to science and technology policy. For once, Cummings got a sympathetic hearing. This was not entirely surprising, as his interrogator was the House of Commons Science and Technology Select Committee, which knows that science has rarely had such an enthusiastic champion in government, if ever.

‘We need to make this a core focus of the British state’, Cummings said. ‘If you don’t take science and technology seriously, if you don’t have the kind of skills needed at the apex of power in the state, you have these dangers. The dangers are multiplying all the time.’

The generosity we saw extended to the former adviser may partly be because parliament doesn’t have Cummings himself to kick around any more – he was pushed out of government last November. But the success of the British coronavirus vaccination programme has also earned him a hearing. As Cummings explained, the pragmatic decision-making and coordination contrasted favourably with the approach of the European Union:

‘Just this week, we’ve seen what happens when you have an anti-science, anti-entrepreneurial, anti-technology culture in Brussels married with this appalling bureaucracy in its insane warnings over the AstraZeneca vaccine. We’re extremely well out of that system.’

Cummings didn’t seek any personal praise for the vaccination programme. But we were left to contrast his rule-breaking approach – it’s a little over a year since he called for ‘assorted weirdos’ to help out in government – with the torpid, formalised nature of civil-service decision-making, and then draw our own conclusions. Just over a decade ago, the European Commission was boasting of how its officials had conducted dawn raids on pharmaceutical companies, looking for ‘patent thickets’, which turned out not to exist. Cummings found a Whitehall procurement machine incapable of dealing with an emergency. ‘It hit a crisis and fell over’, he explained.

In his few months dealing with the civil service, he had found other baffling requirements. For example, he was perplexed by a culture whereby scientists and mathematicians had to produce lengthy bureaucratic justifications for their work. Did anyone ask Alan Turing to fill out an impact assessment for his landmark 1936 paper, ‘On Computable Numbers’, Cummings wondered?

‘You MPs have to be extremely vigilant’, he warned the committee. ‘There’s a tendency to think there’s people running the system. But the system runs the people.’

He added: ‘If 2020 hasn’t been enough of a galvanising shock to say we ought to take science and technology seriously, and fund it properly, and embed it in government decision-making intelligently, and strip out the bureaucracy that causes so much harm, then I don’t know what would be.’

Cummings was ostensibly before the select committee to talk about the new Advanced Research and Invention Agency, ARIA. At Cummings’ instigation, the Conservative election manifesto proposed the establishment of a new strings-free science research agency that was, in his words to the committee yesterday, ‘cut loose from the rest of the system’. This was the ‘British DARPA’, he said, a reference to the US defence research agency which worked on a number of future technologies, including packet networking, the basis of today’s internet.

Cummings told MPs that he wants this new agency to ‘accelerate science discovery beyond what is normal, and to seek an advantage for the UK in some fields’. The UK can’t outspend China and the United States in overall terms, he advised, but it should identify areas of advantage. But he faces a much bigger challenge to embedding science and technology in the state than systemic dysfunction in Whitehall.

In his most famous essay, Cummings advocated an ‘Odyssean’, or interdisciplinary, education, in which the learner has a working knowledge of maths and science. ‘Courses such as Politics, Philosophy and Economics (and economics in general) do not train political leaders well’, he wrote in 2013. ‘They encourage superficial bluffing, misplaced confidence.’

But bluffing is now what defines Britain’s approach to technology. A vast glut of non-technical graduates coming out of our universities has diluted the technical groundings of policymaking, to the extent that being ‘in technology’ now largely means talking about it rather than doing it. When Britain had a high-value engineering base, STEM subjects provided a meritocracy for bright young employees, creating genuine social mobility. But the sharp-elbowed middle classes have learned to play the technology game better than anyone, and have flourished as a result. Technology, like pop music, is becoming an upper-middle-class sinecure.

The middle class has become increasingly adept at pulling the levers of the British state to its advantage, often citing some purported technology ‘deficit’ or ‘urgent need’ as a justification for expanding its role, invariably at the taxpayer’s expense. David Cameron’s administration fetishised ‘tech startups’ and handed out OBEs and MBEs ‘for services to technology’ like confetti. While Cameron-era advisers like Daniel Korski (CBE, of course) now lament that Theresa May’s and Boris Johnson’s administrations did not show the same level of enthusiasm for technology, that isn’t really true. The explosion of the Artificial Intelligence ‘ethics sector’ has embedded the arts graduate in a technical field. An AI ethics adviser needs no grounding in moral philosophy, but they can recite the appropriate platitudes.

It’s hard to imagine construction experts with no engineering or maths background advising the government on bridge-safety factors such as stress limits – but neither ministers nor civil servants appear capable of pushing back. In the Victorian era, the burgeoning civil service was once derided as ‘indoor relief for the middle class’. The ethics institute or technology quango serves the same function today.

This is now a challenge arguably greater than streamlining Whitehall processes, and perhaps one that can only be solved once a country values the ‘EM’ in STEM: engineering and mathematics. The elites’ faith in globalisation, specifically the belief that everything must be made in China, using intellectual property invented by somebody else, no longer looks like a dead certainty. Reviving our high-tech engineering and manufacturing is something successive governments have paid lip service to, while accelerating the depletion of practical skills. The EM barely got a mention yesterday, though. It remains a bluffer’s world.

Andrew Orlowski is director of the research network Think of X.