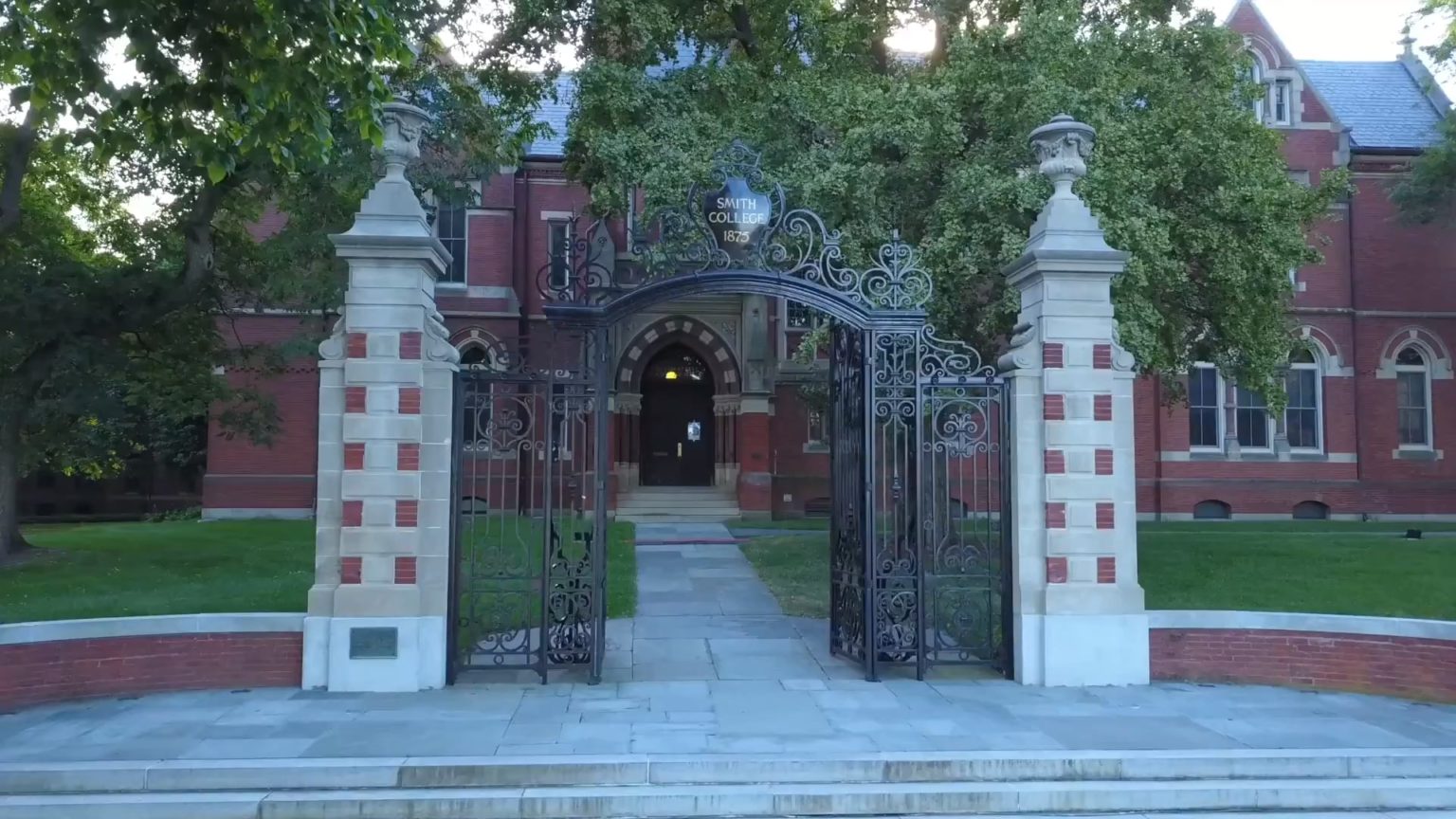 Smith College and the racist incident that wasn’t

A bogus claim of racial harassment led to campus workers being threatened and humiliated.

The New York Times recently reopened a story that it first reported on in July 2018. Back then the Times joined other national media in recounting an alleged story of racism at Smith College, an elite all-women’s school in Northampton, Massachusetts. Last week’s update by reporter Michael Powell amounts to an overdue correction, one that exposes yet another case of media confirmation bias and reveals an illiberal campus climate created from the stuff of social justice.

Oumou Kanoute, a black student, claimed that on 31 July 2018, while she was eating lunch in a dormitory lounge, she was harassed by college employees, then confronted by a campus security officer who she speculated could have been armed. The American Civil Liberties Union publicised her cause, validating her claim that she was victimised for nothing more than ‘eating lunch while black’. Smith College president Kathleen McCartney immediately issued an elaborate public apology to Kanoute, who three weeks later Facebook-posted personal information about a cafeteria worker and a janitor she accused of harassing her, calling them racists.

Kanoute not only claimed to be shaken by the incident — she also ramped it up to an existential level, claiming to be outraged that so many at Smith questioned her ‘existence overall as a woman of colour’.

The fallout for the accused workers was severe, including, variously, being put on paid leave, being pressured to attend ‘mediation’ with Kanoute, and having their job location reassigned. Most seriously, those whom Kanoute doxxed were harassed, hate-mailed and threatened to the point that it affected their health. That fall, Smith ramped up mandatory anti-bias and racial-sensitivity training sessions for all non-faculty employees.

While national media were quick to run with this story of campus racism, it took more than two years for the truth to emerge, even though it was available only three months after the incident in a detailed report, prepared by an independent law firm specialising in discrimination cases. The report’s key findings explode Kanoute’s original claims.

It turns out that she was eating in a cafeteria that was expressly reserved for children attending a summer camp. She then took her meal to an area that was also closed off for the summer. The cafeteria worker politely reminded her of these restrictions; Kanoute continued nonetheless, but the cafeteria worker did not insist she move and did not report her.

A janitor, whom Kanoute later accused of being a racist, was not actually on campus when the incident occurred. Another janitor, who called security when he saw her, was only following the policy he had been given in the case of trespass. The transcript of his call to security reveals that he made no remarks about her race, as she was dimly visible.

The campus security officer who then attended was not armed. No campus security personnel carry firearms. The officer in fact recognised Kanoute and apologised for bothering her, even though she was in an off-limits area. Kanoute recorded this encounter herself. Other claims made by her, and widely publicised in the aftermath of the incident, also proved to be false, including that the reporting janitor ‘misgendered’ her.

In short, it looks as if Kanoute was determined to find slights where none existed, and to respond not only with exaggeration, but also without scruples.

The question arises as to why national media ran with the claims of one young woman on one small, albeit prestigious, New England college campus. This story stemmed from a viral Facebook post, which should not in itself be sufficient cause to pursue such a small story and ought to occasion more scepticism. The story was run as an item of national import only because it fit a progressive narrative that holds sway in powerful newsrooms. The apparently desired conclusion was: if this sort of thing is happening at a leading, progressive place such as Smith, what might be happening on other campuses?

Only this particular incident never actually happened, at least not as Kanoute was presenting it. But much of the legacy media never bothered to find this out. As Powell slyly states in his Times piece, ‘less attention was paid three months later when a law firm hired by Smith College to investigate the matter found no persuasive evidence of bias’. Powell is to be commended for reopening this incident for renewed public inspection. Other outlets haven’t even bothered to print corrections.

He was undoubtedly responding to the more recent story of Jodi Shaw, a white woman and Smith alumna who was until recently employed by the college’s ‘residence life’ department. Shaw has made public her letter of resignation, in which she cites a ‘racially hostile environment’ and describes a work environment obsessed with race:

‘Every day, I watch my colleagues manage student conflict through the lens of race, projecting rigid assumptions and stereotypes on students, thereby reducing them to the colour of their skin. I am asked to do the same, as well as to support a curriculum for students that teaches them to project those same stereotypes and assumptions on to themselves and others.’

Shaw also describes mandatory ‘anti-racist’ training sessions in the wake of the Kanoute incident. One workshop ended with the declaration that Shaw suffered from ‘white fragility’. That she has had to sacrifice her modest salary, as a working mother, makes a nonsense of her alleged ‘privilege’. Powell’s piece, unusual for a piece in the Times these days, notes the class issues at play here. Kanoute was enrolled at a prestigious college whose annual price tag is now some $78,000. The college employees whom she accused of racism made far less in annual salary.

While Kanoute received an immediate and fulsome public apology from the university president, the exonerated employees did not. They were, however, rewarded with those training sessions. Some have since been furloughed. Powell quotes a recently retired service employee who is also a Smith graduate: ‘Four people’s lives were wrecked, two were employees of more than 35 years and no apology… How do you rationalise that?’

Luckily for McCartney, a handy way out exists. ‘It is impossible to rule out the potential role of implicit racial bias’ in the Kanoute incident, she said following the release of the report that exonerated her employees. Never mind that no biased behaviour was exhibited, and that ‘implicit racial bias’ is a disproven psychological phenomenon.

Writing in the Chronicle of Higher Education, distinguished African-American professor of law Randall Kennedy has noted that many ‘racism on campus’ stories crumble under scrutiny. He writes of the yawning gap between unsparing allegations of racial hostility and the lack of actual incidents cited. He finds unsatisfyingly generalised allusions and verbal formulations that leave him in doubt of what ‘precisely, [accusers] have in mind’.

Much of this comes down to the voguish concept of ‘lived experience’, and the idea that an alleged victim’s subjective impression of an incident is paramount. This concept is ripe for abuse and prone to encouraging a mentality of victimisation, even among those fortunate enough to attend a top-tier college. ‘Lived experience’ is a subjective phrase now being misused in circumstances that call for objective truth or verifiable data. It is used as a warning: ‘My claims are not subject to scrutiny. They are for belief only.’

We are not talking here about outright and deliberate hoaxing, but about people who come to believe, or want to believe, or have been trained to believe, that an American college campus is a terribly racist place to find oneself. But actual hate-crime hoaxes are also a problem on campus, as Wilfred Reilly has detailed. Is there any reason to have confidence that authorities will consistently respect due process, retain reasonable scepticism, and strive for impartiality if faced with a hoax?

We can expect more spineless doubletalk from those in authority when confronted with unfounded accusations of racism. College presidents seem eager to take the lead down this rhetorical path. In turn, we can expect to encounter an increasing number of false accusations. The climate is ripe for them, and those tempted to play the game will be justified in thinking that they have much to gain and little to lose.