Why the cancellation of Dr Seuss matters

This is not some confected culture-war spat. Woke zealots want to purge culture, and they’re succeeding. 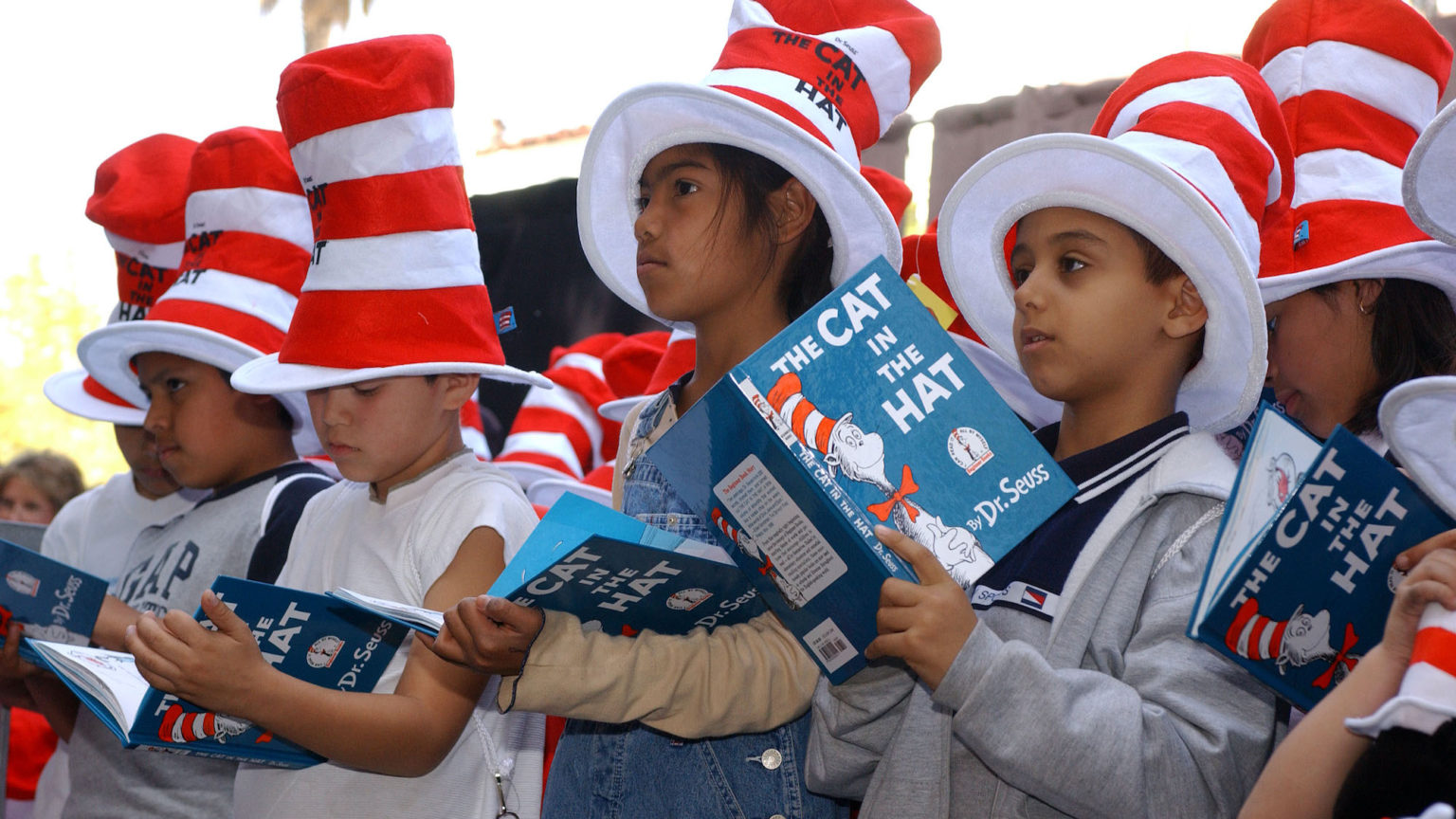 Every 2 March is Read Across America Day, a day to encourage children to read. It is also known as National Dr Seuss Day, as it is celebrated on the birthday of the beloved author. Dr Seuss’s classic books, such as The Cat in the Hat and Green Eggs and Ham, have instilled the joy of reading in generations of children. And for decades, US presidents have made Dr Seuss central to the day’s festivities.

But not this year. In his presidential proclamation marking Read Across America Day, Joe Biden conspicuously removed any mention of Dr Seuss. In doing so, Biden bowed to the demands of woke culture warriors who have campaigned to label Dr Seuss and his works as racist.

On the same day, Dr Seuss Enterprises announced it will stop publishing six Dr Seuss books that ‘portray people in ways that are hurtful and wrong’. And last week, a Virginia school district instructed its teachers to ‘not connect Read Across America Day with Dr Seuss’, citing ‘strong racial undertones’ in many of his books.

These blows to the memory of Dr Seuss and his books are the culmination of a long effort by woke campaigners to disparage the long-deceased author (whose real name was Theodor Geisel). Activists criticise Dr Seuss for a lack of diversity. They point to a 2019 study that reviewed 50 Dr Seuss books and concluded ‘of the 2,240 (identified) human characters, there are 45 characters of colour, representing two per cent of the total number of human characters’. The researchers found that 43 of the 45 people had ‘characteristics aligning with the definition of Orientalism’, and that two African characters ‘align with the theme of anti-blackness’.

As it happens, until recently Dr Seuss books have had a reputation for encouraging tolerance. The Sneetches and Other Stories, in particular, has been praised for its messages about overcoming differences. But today’s ‘anti-racist’ campaigners find even the Sneetches ‘problematic’. ‘The solution to the story’s conflict is that Plain-Belly Sneetches and Star-Bellied Sneetches simply get confused as to who is oppressed’, writes Learning for Justice, an education advisory group:

‘As a result, they accept one another. This message of “acceptance” does not acknowledge structural power imbalances. It doesn’t address the idea that historical narratives impact present-day power structures. And instead of encouraging young readers to recognise and take action against injustice, the story promotes a race-neutral approach.’

You read that right. The Sneetches are apparently racist because they look at the world in a race-neutral way, and because they learn to accept one another. They obviously have not read Ibram X Kendi or absorbed critical race theory.

The moves to cancel Dr Seuss come as the US finds itself amid a frenzied attempt to purify its culture. Institutions know that the socially correct response to any allegation of racism, no matter how circumstantial or dated, must be to remove the accused. Books and other works of art, including children’s literature, must be judged by one criterion only: whether they meet the ‘social justice’ standards of the woke. This cultural purification is deeply philistine. It takes no account of storytelling, or nuance and balance. Any whiff of racism identified in an author’s texts or private life is enough to condemn him forever.

Seeking to airbrush an adored figure like Dr Seuss from history would have been unthinkable until recently. But according to the cultural left, this is all no big deal, and any opposition to it is an overreaction. ‘No one is “cancelling” Dr Seuss’, writes Philip Bump in the Washington Post. ‘The author, himself, is dead for one thing.’ But of course, an important part of cancel culture is the smearing of deceased cultural figures, like the ‘dead white male’ authors who have been struck from university reading lists.

Dr Seuss hasn’t been cancelled, adds Bump, because ‘the vast, vast majority of his books, the ones without racist images or references, will still be sold’. This defence – which amounts to ‘we’re only burning some of his books’ – is pretty alarming in its nonchalance. And meanwhile, woke detectives are identifying racism in other Dr Seuss titles, so a bigger bonfire cannot be ruled out. As the Associated Press writes, ‘The Cat in the Hat, one of Seuss’ most popular books, has received criticism, too, but will continue to be published for now’. That ‘for now’ is pretty ominous.

Let’s be clear. This entire project aims to demonise Dr Seuss and plant a big red ‘R’ for ‘racist’ on him. These activists no doubt seek to deter parents and teachers in the future from reading his books to kids. Saying that his books ‘are no longer the emphasis of Read Across America Day’, saying that we need to ‘move away’ from Dr Seuss, sends a strong message that he is persona non grata.

Some might dismiss Dr Seuss as simply a children’s author. They might say that attacks on him are, in the end, not all that serious for the broader culture. But this would be to underestimate what is happening. The woke warriors seek to tear up existing culture, root and branch, because they believe it is irredeemably racist. And Dr Seuss has, in fact, played an important role in our culture: his books are part of childhood and family life. They bind generations together, as parents read to kids, who grow up to read to their kids. Dr Seuss and his books have thus become a common reference within our culture, something we share warm feelings about with people close to us.

It is precisely Dr Seuss’ intimate role in the culture that makes him a very attractive target for the woke – if he can be brought down by charges of racism, so can many other cultural authorities of the past. This clearing away of the prior culture can be disorienting for most of us, as people and books we anchored our lives on are now considered morally suspect. But it is essential for the proponents of the woke project, who dream of a clean-slate society.

Dr Seuss has brought a true joy of reading – and life – to millions of children over the years. He is a treasure, not an evil racist. Don’t let the killjoys take him down.