The Polish government is enacting a law to protect the free speech of its citizens. 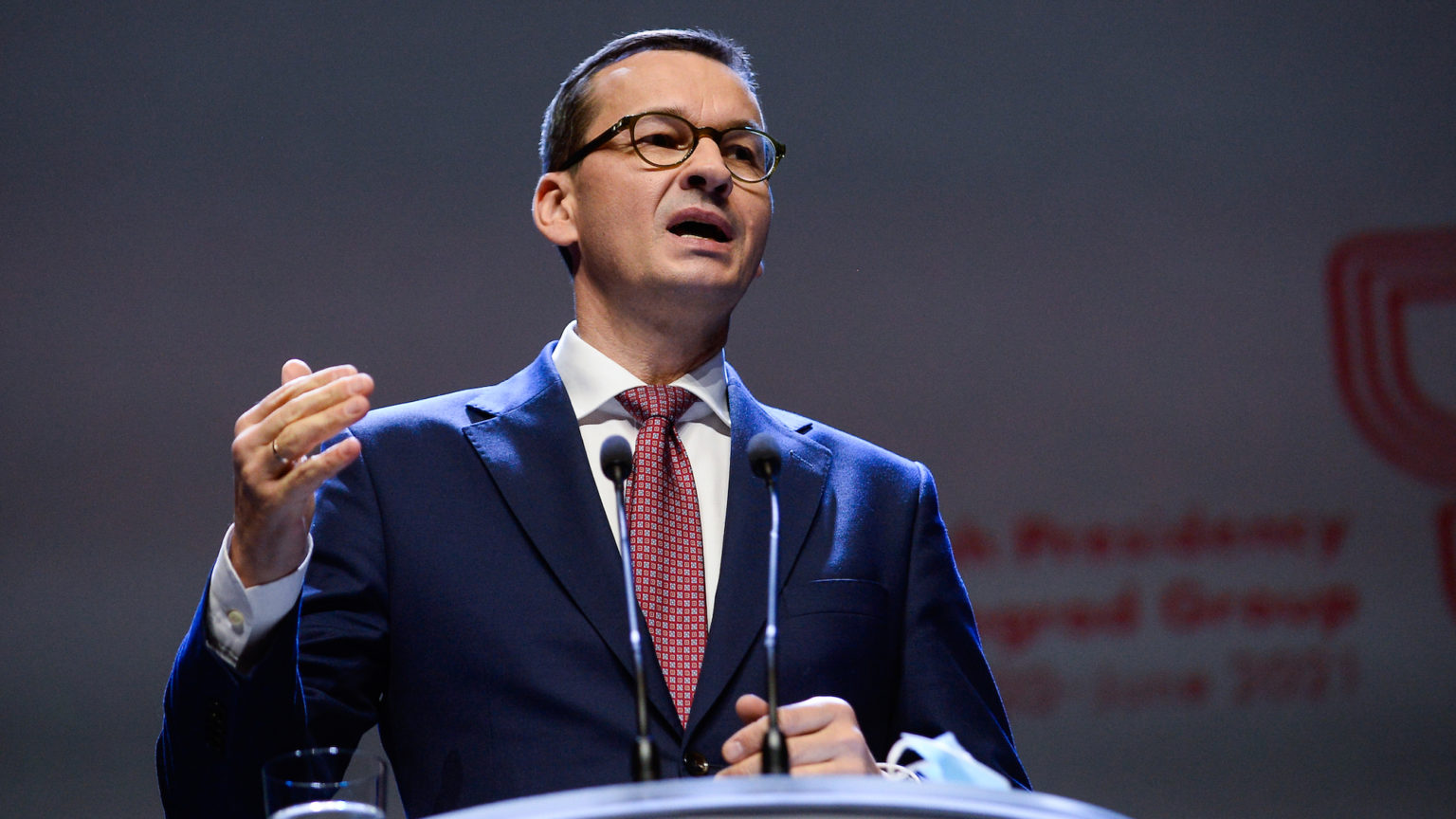 Representatives of the European Union have rightly criticised the expulsion of Donald Trump from the privately owned public sphere of social media.

Thierry Breton, European Commissioner for the internal market, said ‘the fact that a CEO can pull the plug on POTUS’s loudspeaker without any checks and balances is perplexing’. Manfred Weber, chairman of the European People’s Party, the largest political group at the European Parliament, went further: ‘The EU mustn’t let Facebook and Twitter decide what’s within the boundaries of the acceptable on their platforms.’

The EU’s duopoly of Germany and France concurred. A spokesman for German chancellor Angela Merkel called Trump’s Twitter ban ‘problematic’, saying it was not a ‘decision’ for the ‘management of social-media platforms’ to make. Likewise, French finance minister Bruno Le Maire said ‘the regulation of the digital world cannot be done by the digital oligarchy’.

These interventions are at least useful. They rightly draw attention to the unaccountable, arbitrary power now wielded by a handful of tech companies and their billionaire owners. Yet while their criticism is well aimed, it is not driven by political principle. This, after all, is the EU we’re talking about. It is as committed to freedom of speech and democracy as the blue-ticked plonkers celebrating Trump’s suppression by tech oligarchs as a blow for ‘anti-fascism’.

No, what the likes of Merkel and Breton object to is not the power to censor and silence online speech; they object merely to Big Tech’s monopoly of that power. They want to transfer that power from the CEOs of Silicon Valley to the technocrats of Brussels. From one oligarchy to another.

This is why Merkel’s spokesman admitted that ‘the fundamental right [of freedom of expression] can be interfered with, but along the lines of the law and within the framework defined by the lawmakers’ – EU lawmakers, one presumes. And it is also why one of the EU’s chief critics of Trump’s Twitter ban, Thierry Breton, just happens to be one of the architects of the European Commission’s Digital Service Act, the typically Byzantine piece of EU-wide legislation that will give the EU precisely that power — namely, to ‘interfere’ with content expressed on social-media platforms.

But there are alternatives. In December, the Polish government announced that it is to enact a law prohibiting the online censorship of its citizens. As opposed to the EU, it is therefore aiming to protect freedom of speech rather than merely appropriate the means for its further regulation. And no wonder. Poland’s prospective anti-censorship law is explicitly conceived as a bulwark against the EU’s Digital Services Act as much as Big Tech censorship in general. It is therefore aimed at protecting citizens from the regulatory aspirations of supra-national actors, from multinational corporations to institutions of globalist governance.

It certainly sounds like a step towards a more liberal polity. Polish justice minister Zbigniew Ziobro even said the law would combat the ‘ideological censorship’ of ‘views’ and ‘values that are unacceptable from the point of view of communities… with an ever-stronger influence on the functioning of social media’.

The bill’s not perfect, of course. For a start, there’s the proposed system for dealing with censorship, in which users would be able to take their cases to a new Polish court, and potentially win an injunction which would force an offending company, on pain of huge million-euro fines, to restore their online presence. Given the potentially high volume of cases, this sounds like it could generate interminable bureaucratic processes and legal wrangling.

And, more importantly, there is the fact that the Polish government, which is not especially liberal, is promising only to protect speech deemed legal within Polish law. Indeed, the act is as much an attempt to bring the regulation of online speech back within the ambit of national government as it is an effort to roll back online censorship. Or, as a government press release put it, ‘[Poland] wants to adopt its own regulations…’.

Nevertheless, what the Polish bill promises is still of vital importance. It brings the potential regulation of speech back within the bounds of a democratic nation state. It therefore renders its regulation democratically accountable, and allows citizens to mount challenges and fight for freer speech. After all, it is surely better to be subject to the will of democratically accountable lawmakers than to that of the unaccountable masters of the silicon universe, or, perhaps worse, the unaccountable managerial mediocrities of the EU.

So, in Europe, this looks set to be a three-way battle, at the heart of which is the fundamental question of power and who holds it: a corporate oligarchy, a transnational technocracy, or a nation state? Who you support depends entirely on whether you want to bring that power closer to the people, or push it further away.