Why does Amnesty want to silence women like me?

Trans ideology has become the new theocracy, and TERFs the new heretics. 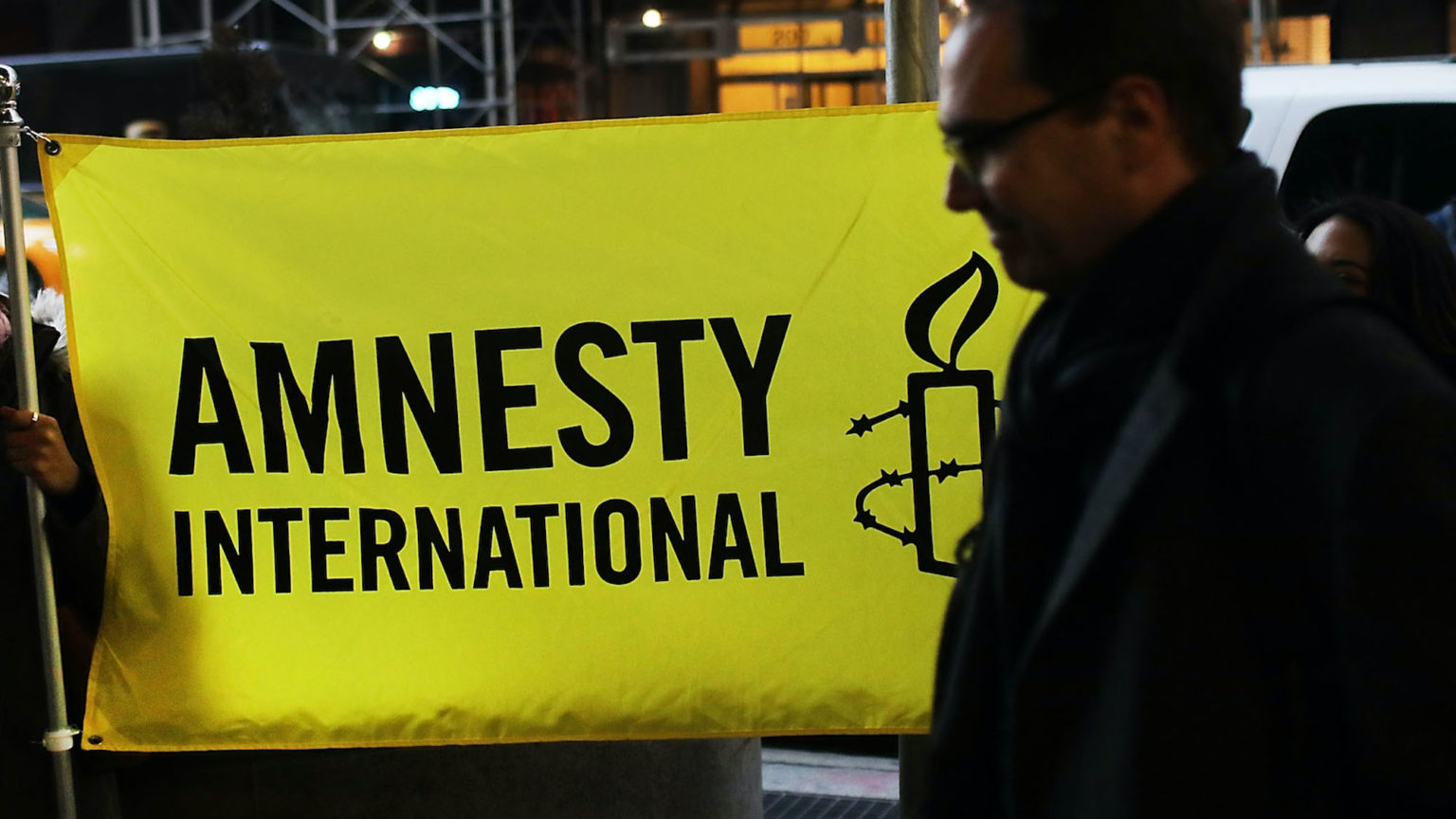 You know you are in the Upside Down when a famous human-rights organisation petitions your government to disenfranchise you and members of your group, to stop you from engaging in peaceful actions and voicing your concerns and opinions.

This is what Amnesty did in Ireland, when it joined our power-drunk trans lobby, along with 26 other publicly funded NGOs, to make this extraordinary demand in an open letter: ‘We call on media, and politicians to no longer provide legitimate representation for those that share bigoted beliefs.’

What is our sin? The letter is directed at those of us who are organising and calling out the harmful impact of trans ideology and activism on women and children. If any man can fill out a form, as is the case in Ireland, and legally become a woman ‘for all purposes’, that is not a legal fiction. That is an access-all-areas pass for predators. This is not to say that trans-identified people are predators. But it is to say, if predators went through the seminary to gain access to victims, are we to believe they would not fill out an A4 form?

Two such sexual predators have been locked in with women in Limerick prison since the self-ID law came in. One was convicted on 10 charges of sexual assault, and one charge of cruelty against a child. The other was a highly disturbed young person who attacked a social worker, ripping off her eyelid.

These are both fully intact males, and they were each granted gender-recognition certificates according to reports. Clearly, there is no medical gatekeeping or safeguarding built into this system, or criminal and homicidal males would not acquire certificates.

In addition, there is no requirement to have had surgery or have taken hormones. Anyone can apply and no one has ever been turned down. That is the essence of self-ID: it affirms the wishes of the trans-identified person. Even if they are a rapist. Or a male who wants to murder and rape women. Or a man who wants access to female-only spaces for the buzz of the transgression. This system is harmful to all of society – including genuine transsexuals.

We do not accept that males, regardless of how they identify, should have access to female toilets, changing rooms, hospital wards or refuges. This is not a conservative viewpoint. This is the fundamental basis on which we order society. Every civilisation across time and space has safeguarded people in the same way. It is necessary for bodily privacy, dignity and safety.

Sex-based rights are predicated on consent. When a woman uses a communal changing room at her local swimming pool, she is consenting to sharing that space with other women – not with men who identify as women. Likewise, a woman may consent to an invasive examination by her male doctor. But if she instead requests a female doctor, she is not consenting to a male doctor who identifies as a female. If trans-identified males are included in female sports, girls and women will get injured, possibly killed, and soon female sport will cease to exist. Tweaking testosterone levels does not ameliorate the advantages in mass, power, strength and speed bestowed by male puberty.

‘Trans rights’ do not exist in a vacuum. They exist in direct conflict with women’s rights. We are calling for a grown-up conversation in our country regarding this clash of rights. Our support base is the silent majority who know that you cannot change sex, and that sex matters when it comes to single-sex provision and safeguarding.

We are also strongly opposed to the medical and social transitioning of children and teenagers. The landmark Keira Bell ruling in the UK thankfully hastens the end of the medical pathway of transitioning. But social transition is still harmful for children. Once children’s or young people’s identities are publicly affirmed, there is no easy way back for them, if and when they change their minds. The affirmative model does not safeguard the trans-identified child, either. Trans lobby groups advocate serious breaches of safeguarding when they advise teachers not to inform parents that their child wishes to transition socially.

We call on the Irish government to remove all guidance and training by trans lobby groups, such as BelongTo and TENI, from Irish schools. Nor should trans ideology and activism be driving public-health policy and language. Women are still dying from our Health Service Executive’s cervical-screening scandal and the ensuing cover-up. Yet the very same cervical-screening service has dropped the word ‘women’ from its literature and replaced it with the dehumanising phrase ‘anyone with a cervix’. The word ‘men’ remains untouched in its prostrate-screening advice – only women lose their language. That is because female biology is triggering to trans-identified males, and they are the ones leading trans activism.

Our group is part of a grassroots global resistance to trans activism. It always strikes me how activists often refer to themselves as ‘the great-granddaughters of the witches you did not burn’, alluding to the mass femicide of the early modern period from 1450 to 1750. We, too, recognise the continuum. Except in Ireland, we need only glance over our shoulders to remember 70 years of systematic torture, abuse, shaming and incarceration of women and children.

The last Magdalene Laundry closed in 1997. Babies were taken from their unmarried mothers and sold. Many others were left to die and were buried in mass graves or their bodies were given to medical colleges. This was state-sponsored torture of women and children on an industrial scale. But the church did not kidnap those women. Their families handed them over, having been brainwashed or cowed into acquiescence. It was a triad of state, church and society. It suited the state to outsource social care to the religious orders because it meant that it did not have to build a welfare state, giving the church free rein.

In the same week that the chilling letter signed by Amnesty demanded that we be denied political representation, our minister for children (who recently tried to seal the administrative files that catalogued the state’s role in that systemic human-rights violation of women and children) did not mention or mark International Children’s Day. He chose instead to commemorate Trans Remembrance Day, despite the fact that there are no reports of any trans-identified person ever being murdered in Ireland.

As the descendants of the old theocracy, in our bones, we recognise the new one. Self-ID was essentially passed by stealth. We were not consulted. But we will be heard.

Laoise Uí Aodha de Brún is founder of The Countess, which is campaigning to amend the gender-recognition act in Ireland.