Azerbaijan needs to hold some of its soldiers to account, not praise them. 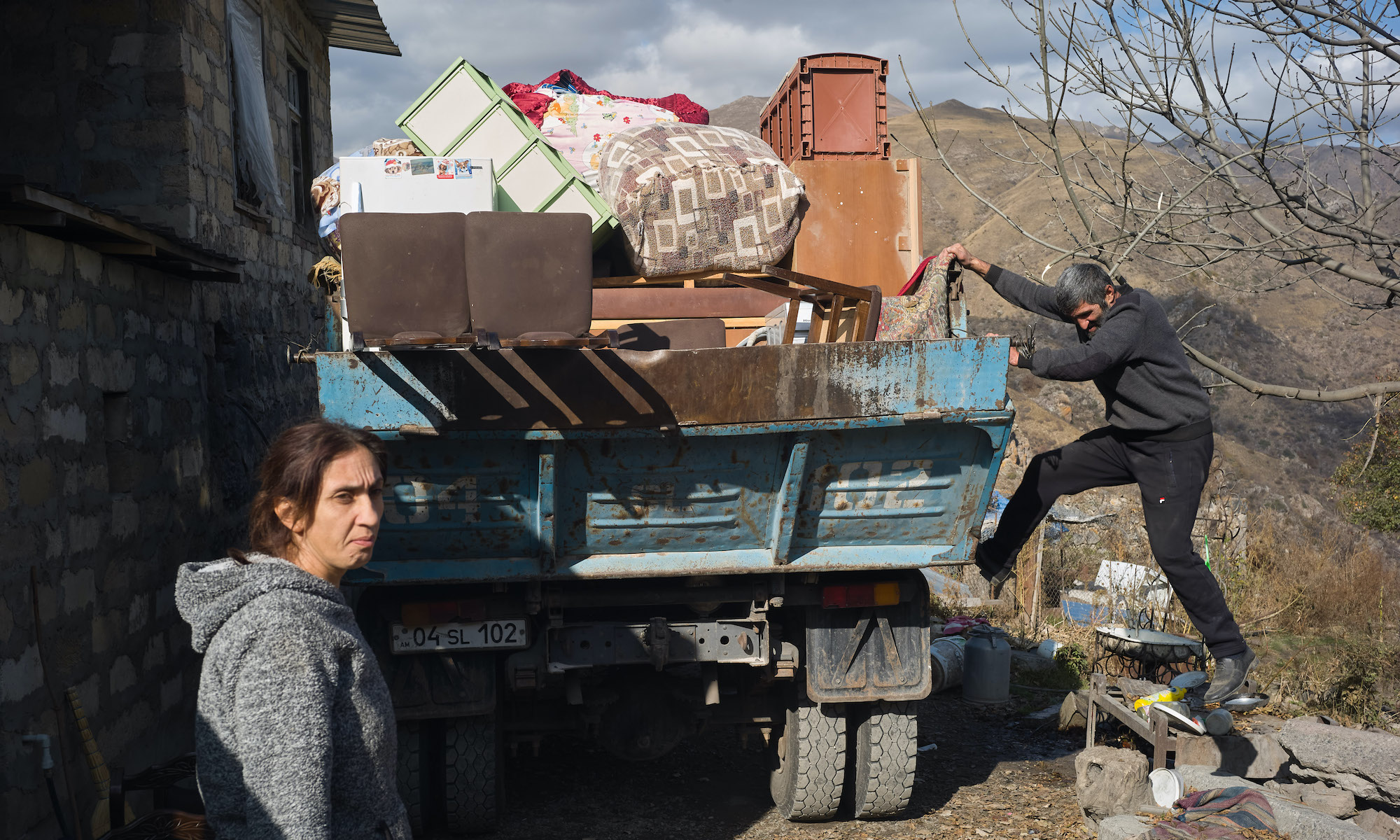 An elderly man in civilian clothing struggles as his captor is handed a knife. He cries out and attempts to free himself. But his captor pins him down and, clutching a knife, begins to cut his throat. The video then abruptly ends.

This sounds like an ISIS execution video. But the killer is not wearing all black, like Jihadi John. He is wearing the uniform and helmet of the Azerbaijani special forces.

This was because he was a combatant in a six-week-long conflict which took place this autumn between Azerbaijan, backed by Turkey, and Armenia. They were fighting over the disputed region of Nagorno-Karabakh, which since 1991 had been dominated by the Amenia-supported Republic of Artsakh. That was until this autumn, when Azerbaijan took back large parts of Nagorno-Karabakh.

This conflict largely passed unnoticed in the West, bar the interest of some in military circles in the Azerbaijani use of Turkish- and Israeli-made drones to defeat Armenia.

But it is becoming clear the pinpoint drone strikes tell only half the story of this conflict. Thanks to videos circulated on social media and authenticated by Amnesty International, it is clear many atrocities have also been committed. Captured soldiers and civilians have had their heads sawn off, prisoners have been shot and corpses abused and mutilated.

In the assorted videos, the largely Azerbaijani perpetrators barely attempt to hide their identity as they carry out acts of depravity that should be receiving worldwide condemnation. And these are just the atrocities that have been recorded. Many more are likely to have taken place out of sight.

That so few of these soldiers fear identification is telling. Azerbaijani authorities have a history of excusing barbarism if the perpetrators are wearing the uniform. In 2004, while on a NATO English language course in Hungary, Ramil Safarov, an Azerbaijani officer, proceeded to decapitate Armenian officer Gurgen Margaryan with a fire axe. Hungary returned Safarov to Azerbaijan in 2012, on the condition he was to continue his prison sentence there. But that did not happen. Instead, he was given a hero’s welcome and a pardon. If the Azerbaijani authorities will not lock up a man found guilty of murder on a NATO language course, the chances of them punishing those for their actions during a war Azerbaijan has just won are minimal.

Armenian armed forces’ hands are not clean either. One video shows the execution of an Azerbaijani soldier, and others show abuses that should be investigated. But, from the available footage, the burden of responsibility for the scale of atrocities weighs heavily on Azerbaijan.

The immediate future for the inhabitants of Nagorno-Karabakh looks grim. Armenia’s army has been shattered. And while Russian peacekeepers might be keeping the two sides apart for now, those civilians remaining are unlikely to stay given the fate of some of those unfortunate enough to be caught in the Azerbaijani advance. Moreover, the part of Nagorno-Karabakh Armenia still holds is now surrounded by Azerbaijani territory. With no effective army left to protect it, the prospects of a humanitarian catastrophe there, should a war occur in the next few years, are high.

There has been bitter ethnic and territorial conflict between Armenia and Azerbaijan since both nations were founded just over 100 years ago. And just as Armenia’s victory in Nagorno-Karabakh in the 1990s failed to bring peace then, so it is unlikely Azerbaijan’s victory will bring peace now. There is just so much animosity and bad blood on both sides. Hence Azerbaijanis on social media continue to cite unpunished Armenian war crimes from the 1990s as an excuse for crimes committed now. We can now expect Armenians to cite the unpunished war crimes of the most recent conflict as they seek to justify retribution in the future.

And so the cycle of bloodshed will continue unless both sides reckon with the atrocities committed by their soldiers, and punish those responsible. Because, for as long as they remain silent, there will never be any justice for the victims of this conflict. Nor any peace.