Down with the New Normal

Who wants to live in a nerdy world of no handshakes and no big sweaty crowds? 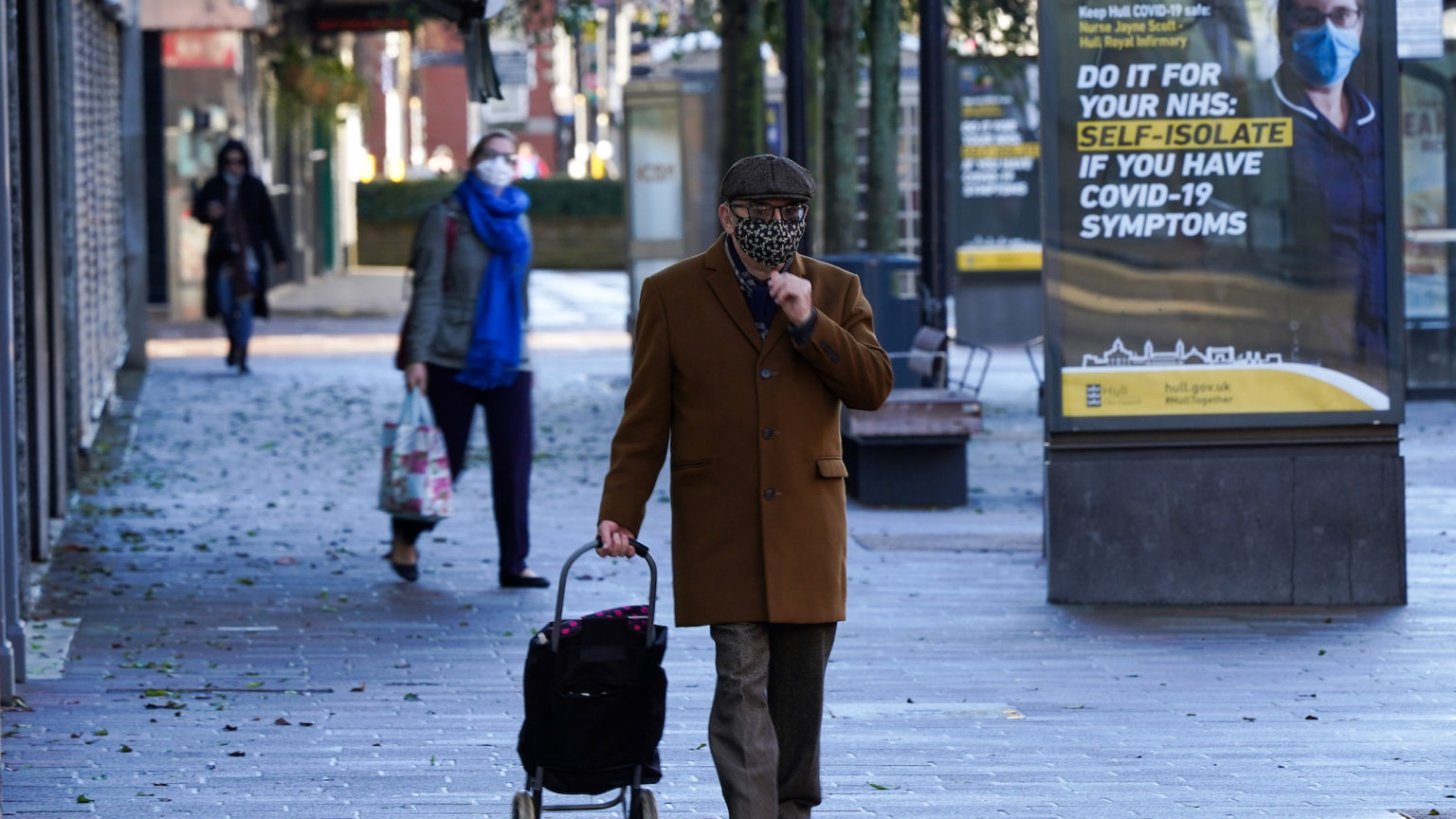 Few phrases inspire more horror in me than ‘the new normal’. It is falling from the lips of public-health experts and lockdown-loving commentators everywhere. Forget the ‘old normal’ of going maskless into the streets, or ramming yourself into a crowd of thirsty punters at the bar in a pub, or taking a lover without constantly worrying that he or she might make you ill with his or her breath. Such reckless libertinism was for the old world, apparently, the era BC (Before Covid). We are all now heading into the New Normal, a brave new world of forever social-distancing being built for us by a benevolent bureaucracy that simply wants to protect us from disease.

Everywhere you turn there is talk of the new normal. Out will go bare faces, hand-shaking, hugs and sweaty crowds, and in will come masks, elbow-bumping, and sitting six feet away from everyone else at concerts and shows. Bye bye, mosh pits. Yes, even when the vaccine comes, which is when many of us hoped we would see our freedoms restored, the uber-cautious habits we have developed during the Covid crisis should continue, experts say. Jonathan Van-Tam, England’s deputy chief medical officer, said this week that these ‘habits’, including face-covering, should continue for ‘many years’. Better safe than sorry, eh?

Van-Tam isn’t alone. Many experts and commentators are predicting, and even welcoming, a decline in social engagement and physical contact as we head into the new normal. ‘The Coronavirus killed the handshake and the hug — what will replace them?’, asks Time magazine, blissfully unaware of how mad it sounds. ‘Hugs, high fives, fist bumps, back pats [and] shoulder squeezes’ could all disappear after 2020, Time predicts. And it talked to one of many experts who thinks that’s no bad thing. Dr Mark Sklansky, an American cardiologist, told Time he has always hated hand-shaking. ‘Hands are warm, they’re wet, and we know that they transmit disease very well’, he said. But where ‘being anti-handshake was fringe thinking’ in the past — !! — it is now increasingly common to be handshakephobic, says the wise doctor. Put your wet, diseased paws away, everyone.

And the new normalists are not letting the imminent rolling-out of the vaccine puncture their dreams of a world without clammy handshakes and other forms of sickness-spreading human contact. People expecting to be ‘back to normal by spring’ are ‘expecting too much’ of the vaccine, said a British microbiologist a couple of weeks ago. Even with a vaccine, ‘we will not be returning to the old normal’, decrees the Lancet. No, apparently ‘physical distancing and hand hygiene must continue indefinitely’. Maybe these doom-mongers are keen on physical distancing because they know a lot of people would probably like to give them a clout for their miserabilism?

Their new normal — for this new era is entirely an invention of the out-of-touch expert class, not of democratic debate — sounds awful. Some seem determined to cultivate a world in which social atomisation is not defeated, but institutionalised. In which we will enter the social sphere not as citizens keen to engage with one another, but as vectors of disease, as possessors of dirty hands and virus-spreading breath, who must be kept apart. In which we will be actively encouraged to view others as a threat. That hug could be lethal; that lingering conversation could be a killer; that handshake was too wet and disgusting — scrub your hands immediately. The expert class is giving licence to anti-social, anti-human behaviour.

No, it isn’t a conspiracy. They haven’t all sat down in a Covid-secure committee room and decided to rob the public of its hard-won freedom to hug and smile. Rather, what we are witnessing in all the talk of the new normal is an intensification of trends that have been apparent for quite a while. From safe sex to safe spaces on campus, from the depiction of a boozy come-on as a threat to one’s physical safety to the growing cult of germophobia, the elitist insistence that other people are a threat has been around for some time. Other people’s words will hurt you; sex with them could kill you; their wolf-whistle on the street is a dagger to the heart of your self-esteem. So you had better hide in this safe space that forcefields you from disagreeable ideas, always wear a condom, and phone the police if a stranger tells you you look fit. Misanthropic suspicion of others has been the meat of public-heath agitation and the political class’s nanny statism for years — the Covid crisis is merely taking it all to the next level.

But imagine what we will lose if we subscribe to their new normal. The warmth of a hug. The ability to give a reassuring smile to an elderly lady as you pass her on the street (smiles will be invisible in the masked world). The joy of losing oneself in big, swaying crowds where, yes, you might catch a virus but where you will also be subsumed by the pleasures of human collectivity. Where the AIDS crisis gave rise to the depressing cult of safe sex — wear a condom or you will die — the Covid crisis could give rise to an even more dispiriting cult of safe everything. Safe greetings (no physical contact), safe theatre (two seats between you and the next person), safe pubs (no banter at the bar, just stay in your seat). It’s like the nerds have won. Those anti-social types with their limp, begrudgingly given handshakes and their fear of noisy, clammy gatherings are the victors in the new normal, and normal people are the losers.

Here’s what we would truly lose: the ability to live freely. There has been much discussion about the erosion of civil liberties in the Covid crisis, and that has indeed been a terrible thing. The rescinding of the right to protest is the most grievous assault on our civil liberties. But we are losing something more important, if less tangible, than our written-down civil liberties — we’re losing the culture of freedom. That culture — which can only be made by us; it cannot be codified in law or guaranteed in legal rights — is one in which we have the confidence to live freely, to make decisions, to enter the public sphere and engage openly with our fellow citizens. It is this culture that has taken the most serious beating this year.

A people whose lives have been micromanaged to such a degree that we are now instructed about who we may hug at Christmas and what we should eat in the pub could easily lose the most important habit of all in a democratic society: the habit of thinking, living and behaving freely, of governing one’s own life, of taking responsibility for one’s decisions and actions. If we unquestioningly enter the new normal, faces covered, hands behind backs, heads bowed, we may find that it will be very difficult indeed to get out again. Recovering our everyday freedom is the most important task facing humanity right now.