Its autocratic president and his opponents have all resisted pandemic panic. 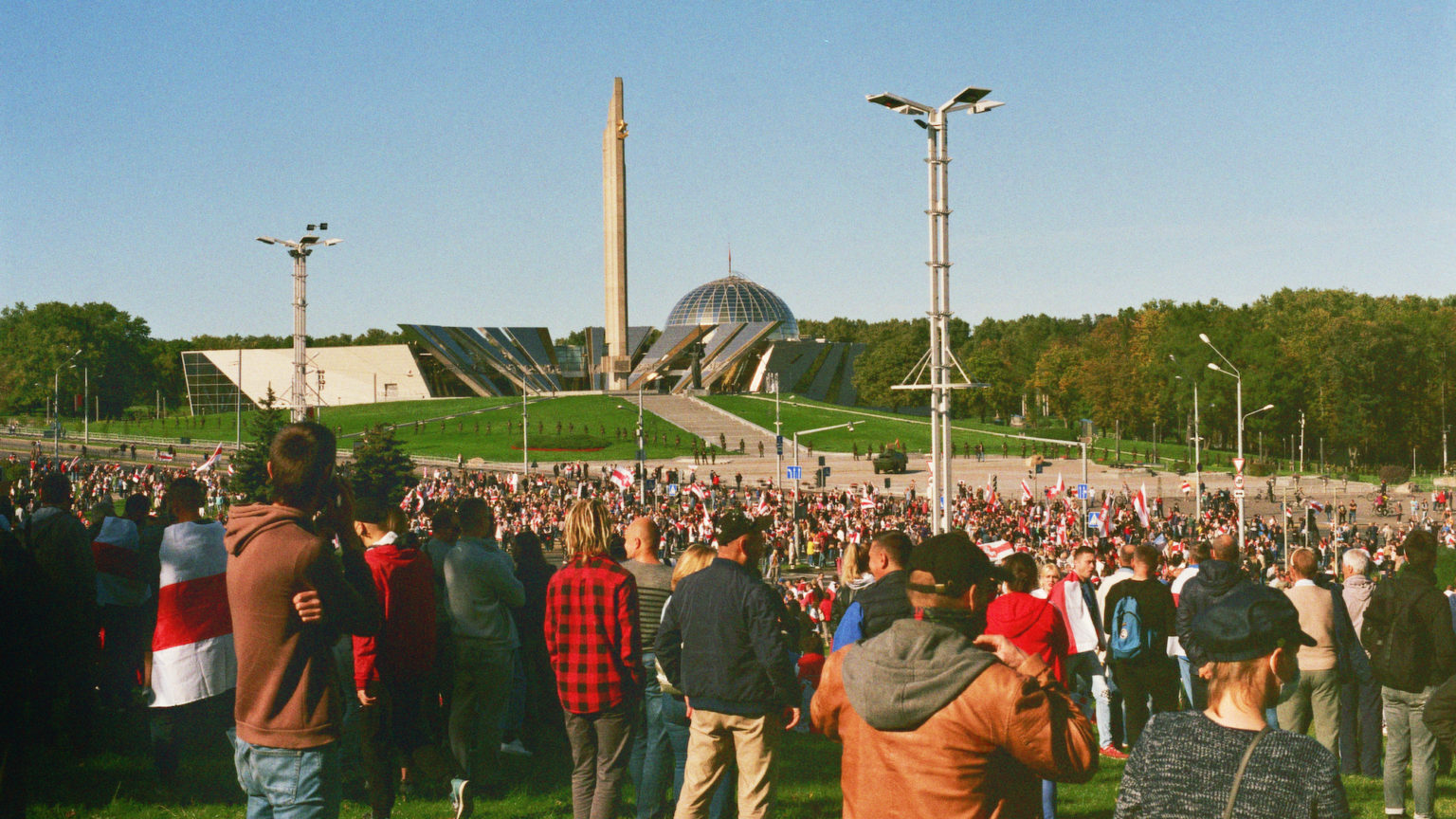 Belarus, the spotlessly clean, neo-classical avenues of Minsk in particular, is in the grip of mass unrest. Balaclava-clad snatch-squads roam the streets in unmarked vans. Twitchy 18-year-old army conscripts, nervously clutching rusting AK74s, stand across from defiant and jubilant protesters. And the white-red-white tricolour of the opposition to President Lukashenko is hung from balconies and strung across tower-block windows, while a cry of ‘Viva Belarus’ can send a bar or restaurant into rapture.

These are crucial and uneasy times in Belarus, and it is important not to downplay their significance. However, my state of mind while witnessing all this — and, I wager, that of most lockdown-sceptical Western visitors — is one chiefly of relief. Civil unrest is not unprecedented. The state of exception prevailing in the West is.

Belarus has not adopted any of the Covid measures embraced by the Western political bubble. There is nothing of the West’s panic, induced as it is by the rolling death tolls, hospital footage, campaigning scientists, and subsequently nodded through in a daze by parliamentary and legal power-checkers neglecting their responsibilities. Belarus is of course in crisis, but it is a different kind of crisis, one that has the effect of a turn towards life, not away from it.

Despite Lukashenko’s opponents wanting an end to his 30-year reign and arbitrary decrees, there is a small but significant sense of mutual understanding between Lukashenko and the opposition regarding Covid, even if it is not often explicitly stated. When Lukashenko called Covid ‘yet another psychosis’, and declared ‘I’ve gone through many situations of psychosis together with you, and we know what the results were’, he echoed the sentiment of many in the former Eastern Bloc, particularly in what used to be East Germany, who have lived through periods of state-managed fear before.

‘A broken clock is right twice a day, I think you say in English’, a programmer in his early 20s recalls with his arm around me. It is the early hours of the morning and we are both inebriated. The bar is in the Oktyabrskaya district of Minsk. It comprises a collection of art spaces, bars, restaurants and nightclubs, with a few state-owned industrial plants – complete with propaganda banners and Lenin busts – dotted throughout.

The clubs are open until 7 or 8am, and the after-parties go on longer. Everyone wants to show you their photography, their music, their Instagram account, but there is also a lack of ego, virtue signalling and social-climbing politics here. These hipsters will segue into Belarus’ milk-production statistics, their experience of mandatory work placements at the tractor factory, or what historical ties to the Polish-Lithuanian commonwealth mean for post-Lukashenko relations with Russia.

It is not only young people, either. Families and the elderly are visible in cafes, restaurants, churches, shops, markets and on public transport. A few wear masks, but there is no requirement, and no glares should you enter an enclosed space without one.

The biggest respite, though, is the total lack of the idea that proximity to other human beings brings forth mortal danger. No side-stepping on the pavement, no comments about social distancing, and no qualms about a little personal-space invasion on the packed metro.

A day trip into the provinces ends in a small cafe-bar, while I wait for the train back to Minsk. My pidgin Russian gives away the fact I am definitely not a local. An Englishman in Babruysk is an occasion, declares the waitress and, between the four or five punters and me, much vodka is drunk, stories exchanged and plates of draniki pancakes consumed. Hours pass without a mention of the virus. I stumble on to the train just in time, with ‘a gift from Belarus’: an electric cigarette lighter, a kind of USB version of what used to be found in cars. A local had insisted I take it home.

No section of Belarusian society appears preoccupied with Covid. There are some differences of opinion about what constitutes taking precautions, but it is clear to everyone that this is not the plague, and it does not require anywhere near the level of reaction seen elsewhere.

I am sad to be leaving. I do not want to go back to the land of chin-warming masks, arbitrary business closures and avoidable cancer deaths. Hope was generated, however, by the surprise that the Covid measure-induced neuroses, like the wariness of standing too close to others, hesitating to offer a handshake, or the pressure to cover the face and nose, disappeared within a few days of arriving. The fear of these things becoming permanent has retreated a little.

I pass the British Embassy on the way to the airport and see a sign posted to the door. It reads that the embassy will be closed until further notice, with all staff working from home. They are attempting their own private lockdown. It reminds me of those North Korean labour camps in Siberia that bring the whole propaganda apparatus from the homeland with them. A testament to the pointlessness and madness of the whole affair.

Daniel Hardaker is a writer and translator.