Islamism threatens us all

Liberal democracies need to stand up against the intolerant threat in their midst. 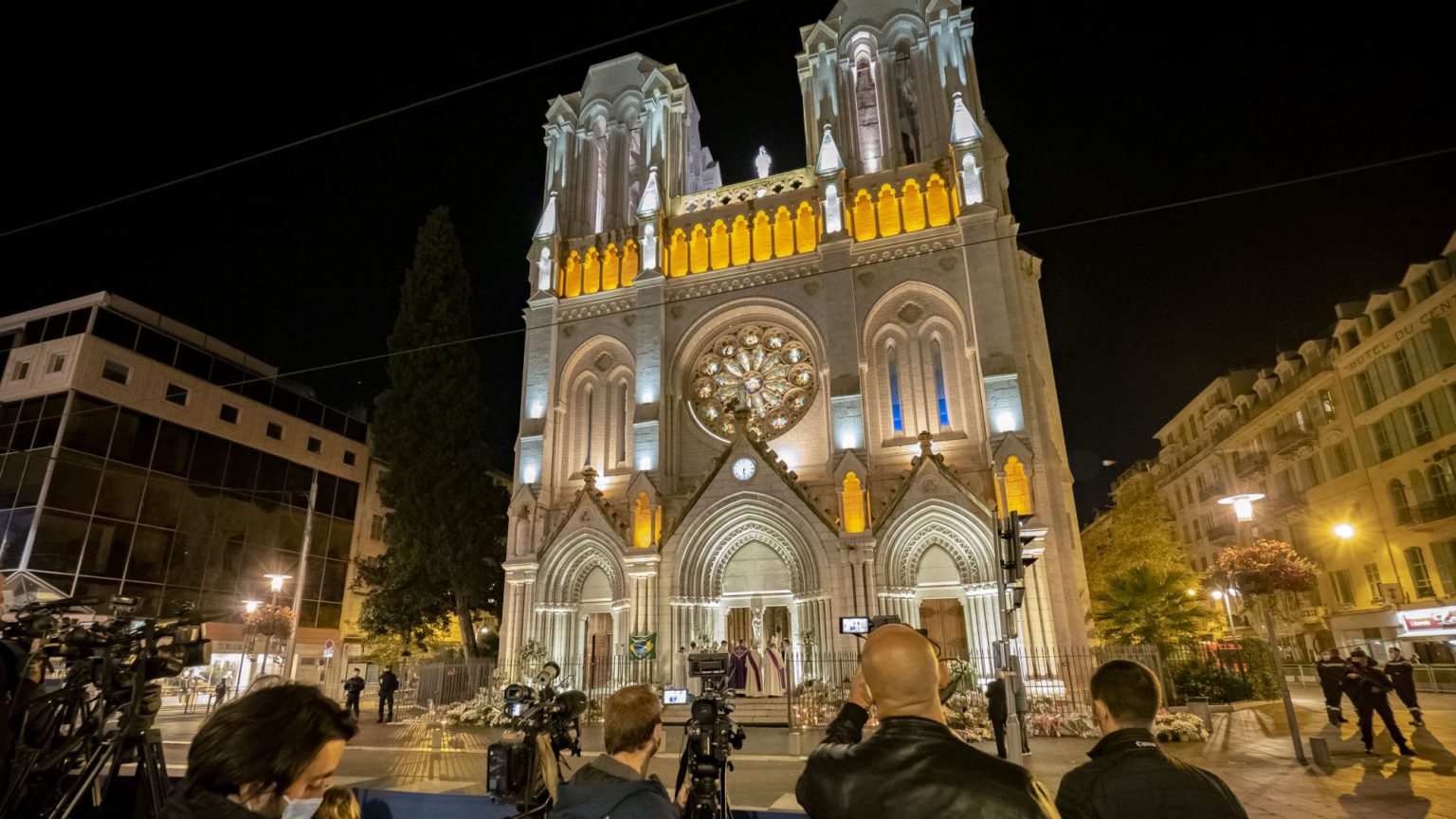 Nearly 250 people have been killed in jihadist terror attacks in France since January 2015, when brothers Chérif and Saïd Kouachi slaughtered 17 people at the offices of satirical magazine Charlie Hebdo, and pledged allegiance to al-Qaeda in the Arabian Peninsula.

In the most recent wave of jihadist violence, timed to coincide with the trial of the alleged associates of the 2015 gunmen, targets have ranged from the old Charlie Hebdo premises, a schoolteacher discussing freedom of speech, through to Catholics praying in church in Nice. An Islamist gun attack in Vienna this week has killed four people. More terror, no doubt, is to come, in an armed campaign to install in Western Europe the blasphemy codes already in place in large swathes of the Muslim-majority world.

Western liberal democracies are militarily and numerically strong enough to meet the physical challenge posed by armed jihadists. The jihadists can wound, and, as we have seen in Britain, France and other nations, inflict great suffering. But they cannot land a decisive blow on open societies in which freedom of speech and freedom of thought prevail. What, then, is different about the wave of jihadist violence France is experiencing today, compared to earlier outbreaks, such as the Paris attacks in November 2015, or those in the UK in 2017?

The most significant difference is that French president Emmanuel Macron has publicly recognised the threat posed by Islamist separatism to Western liberal democracy, and, in France’s particular case, to its constitutional principle of laïcité, or secularism. In this sense, he is looking beyond the bloody knives of the jihadists to the ideological threat posed by jihadism’s less aggressive but equally censorious cousin – Islamism. For Islamism, insofar as it wants to enforce orthodox Islamic doctrines in schools, streets and on the magazine shelves of secular Western liberal democracies, is a challenge to national sovereignty. And Macron is rightly unwilling to cede that sovereignty.

So what has the reaction been to the Islamist threat in France in the UK? Until Michael Gove’s supportive tweet to Macron this weekend, the British government seemed content to focus its energies on responding to the pandemic. As for many on the left, and in the trade-union movement, they have decided to stare at their feet, hoping it all goes away. That is the worst possible response when faced by totalitarian forces contesting the grounds on which liberal-democratic freedoms are exercised.

In that political space where Islamism and left opinion overlap, the Middle East Eye has even sought to portray France as an enduring colonial oppressor. This is a rather dated view. Macron is the democratically elected president of the French republic, dealing with domestic matters today, not in 1950s Algeria. As Liam Duffy has written: ‘Macron’s government sees Islamism as the domestic growth of a supremacist, totalitarian political ideology that threatens the republic and prevents citizens from accessing the rights and protections guaranteed to them.’

Britain’s own Islamists have predictably attacked the French state for what is seen as ‘an attack on French Muslims’ and an assault on Islam itself. Such thinking is further encouraged by the denunciations bouncing back and forth between Macron and Islamist hero, President Erdogan of Turkey. Indeed, last week, we saw a demonstration outside the French Embassy in London, and a picket of French fashion house Louis Vuitton, inspired in part by Erdogan’s call for all Muslims to boycott French goods. There was also a statement from some 60 ‘scholars, imams, NGOs and Muslim community leaders’ written ‘in defence of our noble Prophet and in solidarity with French Muslims’.

Among the 60 signatories was Abdullah Patel, from Gloucester’s Masjid-e-Umar. Last year he enjoyed 15 minutes of fame as ‘Abdullah from Bristol’, the Muslim ‘man in the street’ selected by the BBC to question Tory leadership candidates about Islamophobia. The BBC had seemingly missed his attachment to conspiracy theories and gross sexism.

Other signatories deserve to be saluted for their indefatigability. Tahir Alam, barred from managing independent schools in 2015 by the Department for Education and a supporter of the campaign against gay-equality lessons in Birmingham, is listed wearing the hat of the Muslim Parents Association. Roshan Salih is present under the name of the 5Pillars website, but is best known for his work for Iranian state mouthpiece Press TV, and his declaration that he would rather take his chances with Covid-19 than have an Israeli-developed vaccine.

More significant still, for a primarily British statement, is the presence of representatives of organisations in Qatar and Turkey. While it has long been assumed Saudi Arabia stimulates and funds global Islamism, that mantle seems to have been passed on. As Erdogan’s Turkey seeks to expand its regional influence, from the eastern Mediterranean to the Caucasus, support for its project of Islamic revival increases among Europe’s Islamists. The recent presence of Turkish and Azeri gangs in Lyon, chanting ‘Allahu Akbar’ while looking for Armenians to attack, illustrates the potential for Erdogan’s actions to create social instability in liberal-democratic nations.

Given these events, it is bizarre to view Macron’s France as the colonial manipulator of the masses. This time, things really are different.

Dr Paul Stott is a writer and commentator based in the UK. Follow him on Twitter: @MrPaulStott