The moral pantomime of the school-meals debate

It isn’t the Tories who loathe the poor – it’s the middle-class culture warriors of the new elites. 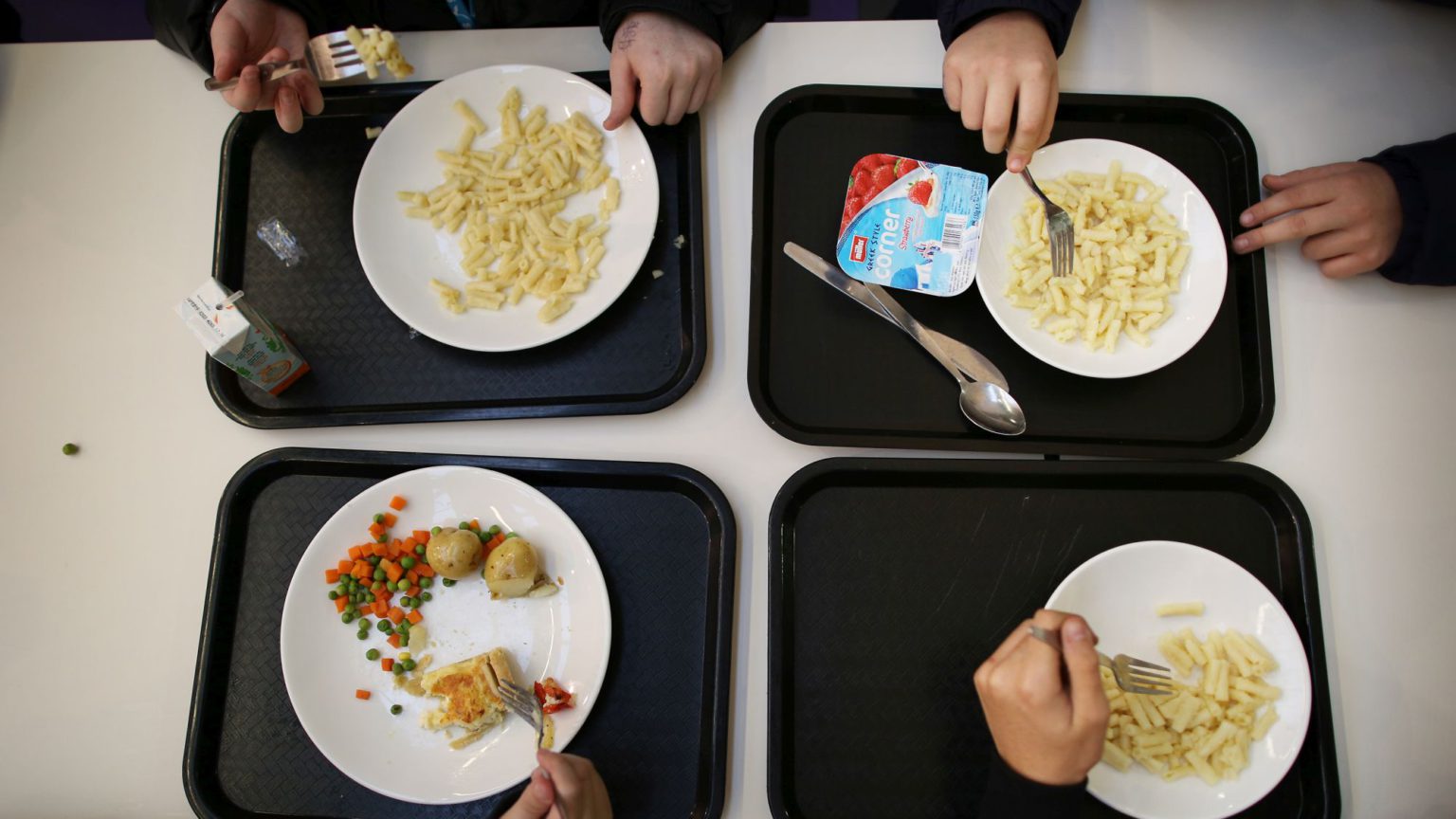 So this week the working classes are victims? Not villains? Honestly, it’s hard to keep up. The chattering classes flit violently in their view of the throng. One day they’re the ‘gammon’ (pigs) who propelled the country into post-EU doom by being so implacably ignorant and nodding along like dogs when a Facebook meme told them: ‘Must. Vote. Leave.’ The next they’re the ruddy-faced but emptied-bellied victims of ToryScum who need plummy Labourites to save them from literal starvation over the school holidays. One day it’s ‘Eurgh’, the next day it’s ‘Aaah’.

At the moment it’s ‘Aaah’. This week it’s pity rather than contempt. Don’t celebrate, though – pity is always worse than contempt. This is the school-dinners controversy, which has led to an outburst of metropolitan middle-class concern for the fate of the poor of a like we haven’t seen since Dickens set pen to paper about ‘straggling streets that reeked with crime, filth, and misery’. The response to the Commons vote against providing less well-off kids with free-school meals (FSMs) over the mid-term holiday has been staggering in its hyperbole and emotionalism. It has been far been worse, politically and morally, than the actual vote against extending FSMs.

Should Tory MPs have backed the plan to provide hard-up families with a bit more food once school breaks up? In my view, yes. It wouldn’t have cost much – £20million is nothing in public-spending terms – and families need extra help right now given the deleterious impact that constant lockdowns have had on their lives and livelihoods. Lockdowns, it should be noted, that many Labourties and left activists full-throatingly supported. In fact they want another one, which would plunge even more low earners into joblessness and despair. Mash together their lockdown fanaticism and their school-meals agitation and what we have here is a left essentially saying ‘Make the poor jobless but throw them a few scraps of food from the table!’. Which is an interesting platform to campaign on.

No sooner had 322 MPs voted against providing meals in the holidays than the commentariat were entering into paroxysms of fury and denunciation. It was positively unhinged. These MPs, these scum, these Dickensian baddies, were voting to starve children, we were told. The Mirror named and shamed the despicable 322 under the headline ‘SO CRUEL’. One ridiculous comic said the MPs had ‘voted to starve kids at Christmas’. Pushing the Victorian angle even harder, the Yorkshire Evening Post published a stock image of an Oliver Twist-style kid holding up an empty bowl and accused MPs of ‘shamelessly’ voting to ‘starve [the] poorest children’. It was at this very moment that the UK ‘sold its soul to the devil’, said an excitable letter-writer to the Guardian, capturing the near-religious hysteria that has gripped the middle classes.

The response was entirely out of proportion to the thing itself. Even if you disagree with what the Tories did – as many do – there really is no excuse for flat-out lying, for painting Britain as a nation in which kids are on the cusp of starvation and where only the state can save them from the hell of malnourishment. This is fantasy politics, a moral pantomime, designed to give a shot of political dopamine to the middle classes. In conjuring up a nightmarish vision of Tories as rotund, Victorian-style loathers of the poor, and a pity-inducing vision of working families as hapless victims incapable of survival without the loving largesse of the bureaucracy, these middle-class observers can position themselves as the true and righteous possessors of correct morality. That their portrayals of both the Tories and the poor bear no resemblance to reality matters not one jot; all that matters is the moral hit.

It was their depicting of less well-off families that was most offensive. A great irony of the moral pornography produced over the past few days by these agitators for free school meals is that it ended up characterising the less well-off as feckless, or at least useless. It is simply untrue that swarms of parents won’t feed their kids over the holidays unless the state provides them with grub. Parents find a way. They love their children and they make things work, whether through using individual initiative or turning to informal local networks for assistance. The image of starving children madly pushed by the Tory-bashing elites is more insulting to low-earning families than it is to the Tories themselves, given that it presents them as unfit, inexpert, lacking the capacity for self-replenishment.

What is this shrill, over-the-top pity all about? How have we ended up in the surreal situation where posh Guardian scribes (Zoe Williams) wonder if they might rustle up a venison cobbler for the down-at-heel? Partly, this is back-covering. At some level these people are aware that their failure to challenge the neverending in-and-out lockdowns – and in fact their fulsome support for these impoverishing policies – has contributed to a situation where the poor have got poorer and the rich have got richer over the past six months. ‘Perhaps if I campaign really noisily for free school meals people won’t realise that I conspired in the destruction of their jobs’, is partly the thinking here.

But more broadly, the school-meals meltdown is in keeping with the new elites’ view of the less well-off. Those people, the poor, the masses, are always either villain or victim; reckless or hapless; gammon or people who could really do with some gammon. There’s no in-between. The roles allotted to the less well-off by the middle-class culture warriors of the 21st century are to be either wrong-headed or wretched. That’s it. You’re either the low-information dupes of rich oligarchs who stupidly went along with the vote for Brexit, or you’re sad-eyed victims of the system who require handouts forever.

Food, in fact, sums up these reductive roles the poor are forced to play in the moral pantomime of the new elites. So one month the problem with the poor is obesity. They’re eating too much. These ‘white trash’, as Jamie Oliver branded them, are feeding their kids ‘shit’. The pitying image of Guardianistas a few years ago was of ‘fat slags’ shoving portions of chips through the schoolgates to their unhealthy offspring. And then the next month the pitying angle can be lack of food. They’re too thin. They’re dying. Give them some chips!

The fact that the poor can so easily go from being obese creatures hoodwinked by junk-food TV adverts into feeding their kids ‘shit’ to being a half-starved throng in dire need of fish fingers over the school holidays confirms that this discussion isn’t about the poor at all – it’s about the influential sections of society and their need for a moral project. That moral project might be one of condemnation (‘you’re too fat, you’re too uneducated, you’re too pro-Brexit’), or one of pity (‘you’re too hungry, you’re too starved to get a proper education, Brexit will be really bad for your income’), but the instinct is always the same: to marshal the poor as a stage army for whatever is the current moral psychodrama of the new elites.

Here’s the important thing: whether the poor are being treated as objects of scorn or objects of pity, they are always being treated as objects. As lacking in agency. As brainwashed by ads for fatty foods or memes saying ‘Vote Leave’. As ignorantly eating too much or dangerously eating too little. As incapable of resisting the lure of turkey twizzlers or incapable of feeding their children anything in the school holidays. As the political playthings of pro-Brexit oligarchs or the dumbstruck victims of evil Tory policy. Never subjects, never wise, capable, ingenious providers for their own families and contributors to the discussion about the future of the country. No, always just objects. Objects to be shaped or saved by their moral superiors. This is why the meltdown over the school-meals vote has been far worse than the vote itself. Because it has revealed the rotten patrician outlook of the new elites. Because pity is always worse than contempt.