Why it’s fashionable to hate your own country

This is more about parading virtue than reckoning with history. 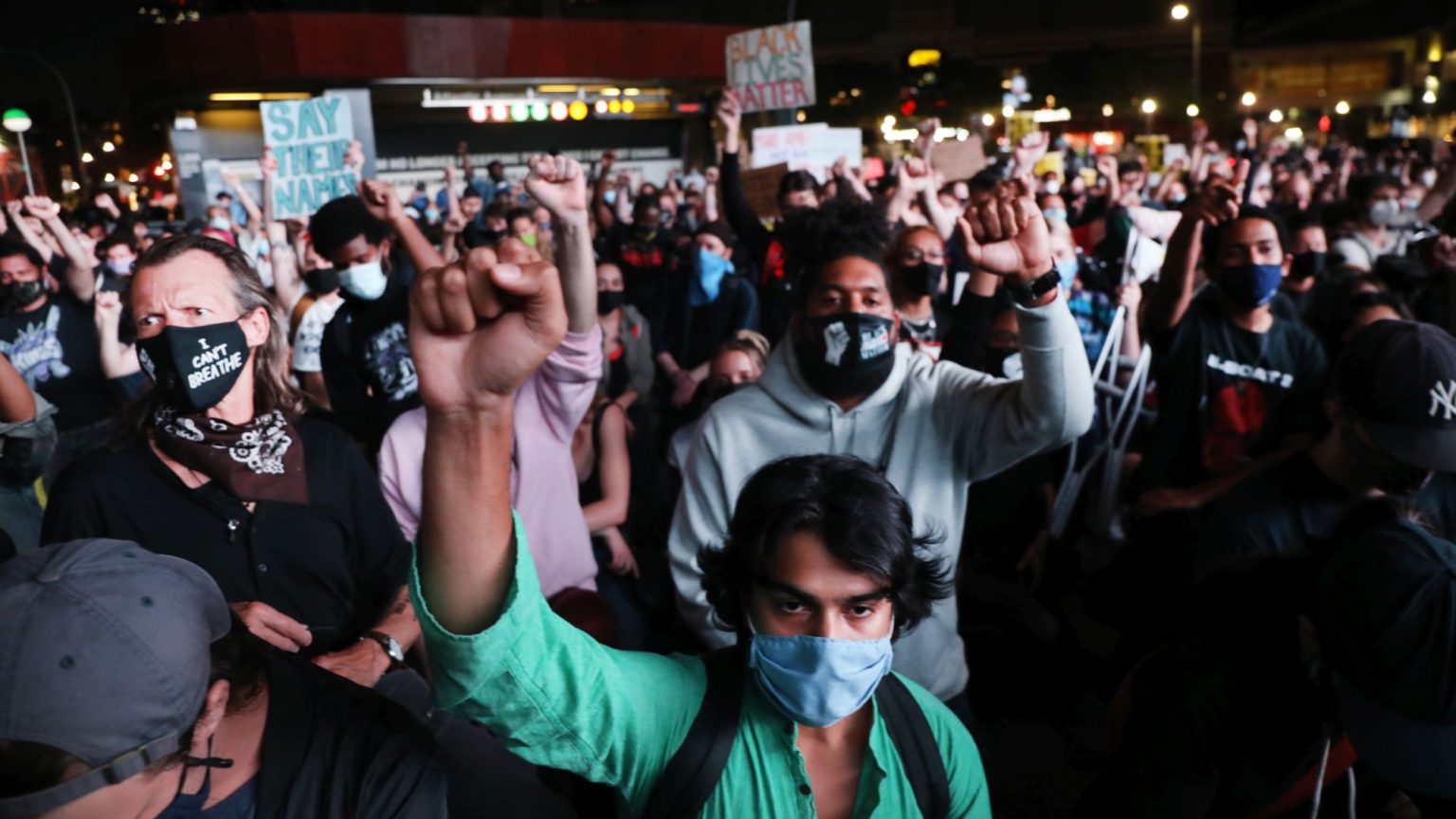 If one had to explain today’s culture wars in the barest, most simple terms, the best method would be to refer to David Goodhart’s division of peoples into the Somewheres and the Anywheres. In Britain, America and elsewhere we see a conflict between those attached to their homeland, its history and its traditions, and a more affluent, mobile elite, who profess to be more internationalist in outlook – because they can afford to be – and who are less likely to revere the tradition and culture of the lands, cities and towns of their birth.

This is to put it mildly. Going back to the 1930s, as George Orwell famously observed, the Anywhere class is not so much casually indifferent to the culture of their place of birth as positively hostile to it. The ostensible internationalists of Orwell’s time venerated anything that emerged from Moscow or Paris, in contradistinction to that which stemmed from petty, boring, philistine, church-going, beer-drinking England.

The culture wars of the 21st century illustrate that this division very much remains, albeit in mutated form. This was illustrated recently by the decision of a debating society at Trinity College, Dublin to rescind an invitation to Richard Dawkins to speak at a function, on account of his critical viewpoints on Islam. Dawkins, perhaps the most famous atheist of our times, has described the faith as ‘the greatest force for evil in the world today’, and referred to the ‘pernicious influence’ of Islamic faith schools.

Atheism is the default position of most students, and anyone in their twenties who likes to style themselves as a radical freethinker will call themselves an atheist, so you might think Dawkins would find favour in their numbers. And indeed he does – but only when he is attacking Christianity. When it comes to denouncing Islam he is implicitly making the grievous transgression of racism, of attacking the Other, of something sacred and international to the Anywhere class.

To attack Christianity, something that pertains to the Self, to the Somewhere people, is conversely positively fashionable and will find you friends and allies among like-minded, ostensible and ostentatiously international types.

It is a pattern repeated elsewhere. In America we have white, liberal, coastal types mocking Donald Trump and his blue-collar supporters for being small-minded, borderline or actual racists, and for never leaving their opioid-infested, ghastly Middle American towns. In Britain we have been all too accustomed to the Remainer depiction of anti-EU Brexiteers as low-information morons from the provinces who didn’t even know what they voted for.

The white-on-white narrative between the enlightened, educated Brahmin class and the brainless Morlocks is repeated on both sides of the Atlantic, whether it be Momentum or BBC executives versus brainwashed chavs stuck in the past yearning for Empire, or white Black Lives Matter and Antifa virtue-enforcers seeking conflict with redneck MAGA types. On both sides of the Atlantic we see Anywhere liberals denounce the history of their own country as one of genocide and racism.

The abiding and inherent tendency of the people of the Anywhere class is thus to denigrate their own country. The motivation for this should be obvious, if we view this conspicuous self-hatred in terms of virtue-signalling. It is to draw attention to oneself, to display what an enlightened and decent person you are, prepared to right the wrongs of the past and confront the wrong-minded folk of the present. It’s a modern form of self-flagellation, an egocentric, narcissistic, often insincere form of romantic primitivism that goes back to Rousseau, in which the childlike, innocent Other is always sanctified as superior.

The showy politics of the Anywhere liberal-left is often politics to make you feel good. It’s posturing to make others know that you are good.

Back in the late 20th century it was often observed that Western society had lost faith in its old certitudes, in its faith in reason, progress, grand narratives and objectivity itself. According to a certain coterie of mostly French intellectuals, professors among the humanities departments in universities and journalists in elevated echelons of the press, there was a consensus that we lived in a postmodern society, hopelessly mired in relativism, doubt and multiple irreconcilable interpretations. No one could really say what was true or not as there was no ultimate arbiter of truth.

How things are different today. Our society now seems in precisely an opposite impasse. We now live in a culture suffused with ferocious certitudes, in which everyone believes they possess the truth. This is why verbal conflicts on social media have become so vituperative and unpleasant. This is why political violence and conflict between factions has returned to our streets for the first time since the 1930s. This is why people hold such tenacious views on transgenderism, race, the European Union or the future of America. This is the reason for our conformist and censorious cancel culture of No Platforming. Everyone knows what’s right and seeks to silence those who are wrong. Heretics are punished, fired or brought to bear. Doubt has disappeared.

As Matthew Syed of The Sunday Times suggested at the weekend, we are living in a Counter-Enlightenment. Whereas the thinkers of the Enlightenment, from Immanuel Kant to David Hume, were guided by doubt and the desire to question dogmas held by others or themselves, in order to further human knowledge and progress mankind, dogma today rules.

This is why Friedrich Nietzsche, widely misunderstood as the godfather of postmodernism, was hostile to final, absolute truth. He believed it could ultimately lead to blind ideology. As he wrote in one of his notebooks (a passage that posthumously appeared in The Will To Power): ‘The claim that the truth has been found, and that there is an end to ignorance and error, is one of the greatest temptations there is. If it is believed, it paralyses the determination to examine, to investigate, to be curious and to experiment.’

This is not to say the spirit of postmodernity has vanished. Its embers still waft around us. Consider two television adverts for coffee now showing. One is a series of adverts for Starbucks, in which people explain how and why they transitioned. One portrays a young girl changing her identity from Jemma to James. These tell us nothing about the beverages for sale. It’s all about selling a brand as a woke value. It’s thoroughly postmodern, in that the real and represented have become utterly divorced.

Another advert, that for McDonald’s coffee, is thoroughly rooted in modernity. Its message? Its coffee is tasty and cheap. I know which brand I would prefer to buy.