The SPD’s candidate shows how terrified of change the German establishment has become. 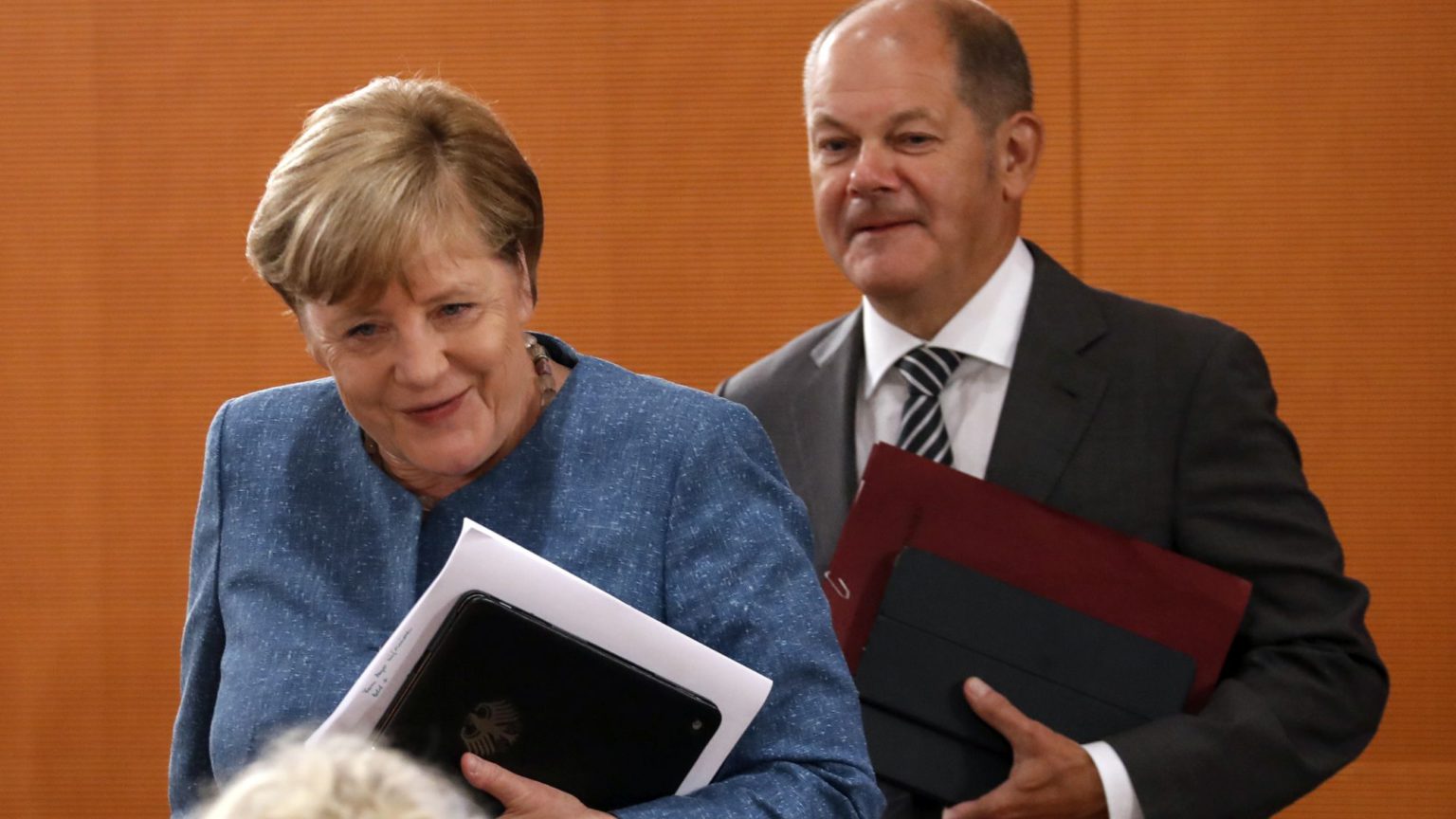 Next year, Germans will have a new government, when the country goes to the polls and Angela Merkel steps down as chancellor. But how much policy change can voters expect – and what kinds of choices will be on offer? There won’t be much choice at all if the prospect of change is left to the Social Democrats (SPD). The party seems intent on pursuing a strategy of low expectations and risk avoidance.

This was made clear by last week’s announcement of Olaf Scholz – the current government’s finance minister and vice-chancellor – as the party’s main candidate for the 2021 General Election. Some claim to have been surprised by this choice, particularly because of Scholz’s deep involvement with the unpopular grand coalition currently governing the country. Most pro-SPD commentators, however, have praised the pick as sensible and clever. Scholz, they say, is a compromise candidate – the one to unite the different factions within the SPD. Scholz’s aim for a new coalition with the Left Party (Die Linke) and the Greens would appeal to largely urban middle-class voters, according to the left-liberal Berliner Zeitung, while more conservative voters would be calmed by his long-standing support for the grand coalition. This ‘matter-of-fact and quiet man from Hamburg who has worked together with Angela Merkel’s CDU so smoothly is definitely no socialist’, it reassures its readers.

But of course, this middle-of-the-road blandness – aimed at covering up the sameness of the parties rather than clarifying political differences – comes with a price: Scholz is incredibly boring. Yet such is the desire for stability among the commentariat that even this is presented as no bad thing. A ‘gifted bore’ like Scholz is better for the party and the country than a more charismatic but unknown (and possibly unpredictable) candidate, says conservative magazine Cicero. Similarly, the Berliner Zeitung reminds us that the last SPD candidate who supposedly ‘aroused enthusiasm’, Martin Schulz, led his party to its worst election results ever in 2017 (although the idea that Schulz aroused any enthusiasm among the wider public is highly questionable).

Scholz’s appointment was a tactical move for another reason, too: the SPD hopes that the party will benefit from the plaudits that the government has received during the coronavirus pandemic. This includes the massive financial aid programme for the economy, which Scholz, as finance minister, helped to initiate. Political science professor and SPD adviser Gesine Schwan argues that ‘without his cooperation… the chancellor would not have been able to propose this programme for Germany’.

The distribution of government credits and grants was undoubtedly the right thing to do at the start of the pandemic, but the economic crisis is not over and voters need answers as to what comes next. The more difficult and interesting questions are how the next government will overcome the recession while weaning companies off state support. Disappointingly, Scholz has said little about this.

But then again, even Scholz himself doesn’t seem to expect too much from his candidacy. He said the goal for his party at next year’s election was to reach ‘more than 20 per cent of the votes’. That’s a feeble aim for a party which used to win well over 40 per cent. Until 2005, the SPD would have considered it a scandal to come out of an election with less than 30 per cent. In fact, ‘just over 20 per cent’ wouldn’t even be an improvement over the party’s dire performance in 2017 when it won just 20.5 per cent of the vote

German politics in years to come will be shaped significantly by who succeeds Angela Merkel as chancellor. It should not need to be said that each candidate deserves to be scrutinised by the public and the media as much as possible. But some within the establishment clearly believe that their candidates and politicians should be shielded from criticism and public pressure. In a piece titled ‘Stirring up trouble has become popular’, German weekly Das Parlament (published by the Bundestag – Germany’s national parliament), the paper’s editor deplores the decline of the traditional parties. These parties, he argues, play a crucial role in facilitating democratic decision-making, and so it is worrying to see so many people complaining about them – a tendency that is being exploited by populists.

I take a different view. Elections are supposed to give voters ample opportunity to put their politicians under pressure. The SPD is a party that lost its working-class base long ago, and that has aided the rise of populism more than anything else. If the party now thinks it can regain the trust of the voters with a candidate like Olaf Scholz, then don’t be surprised if voters go looking elsewhere.