Reddit’s purge of ‘hateful’ forums shows us how unfree the internet is becoming. 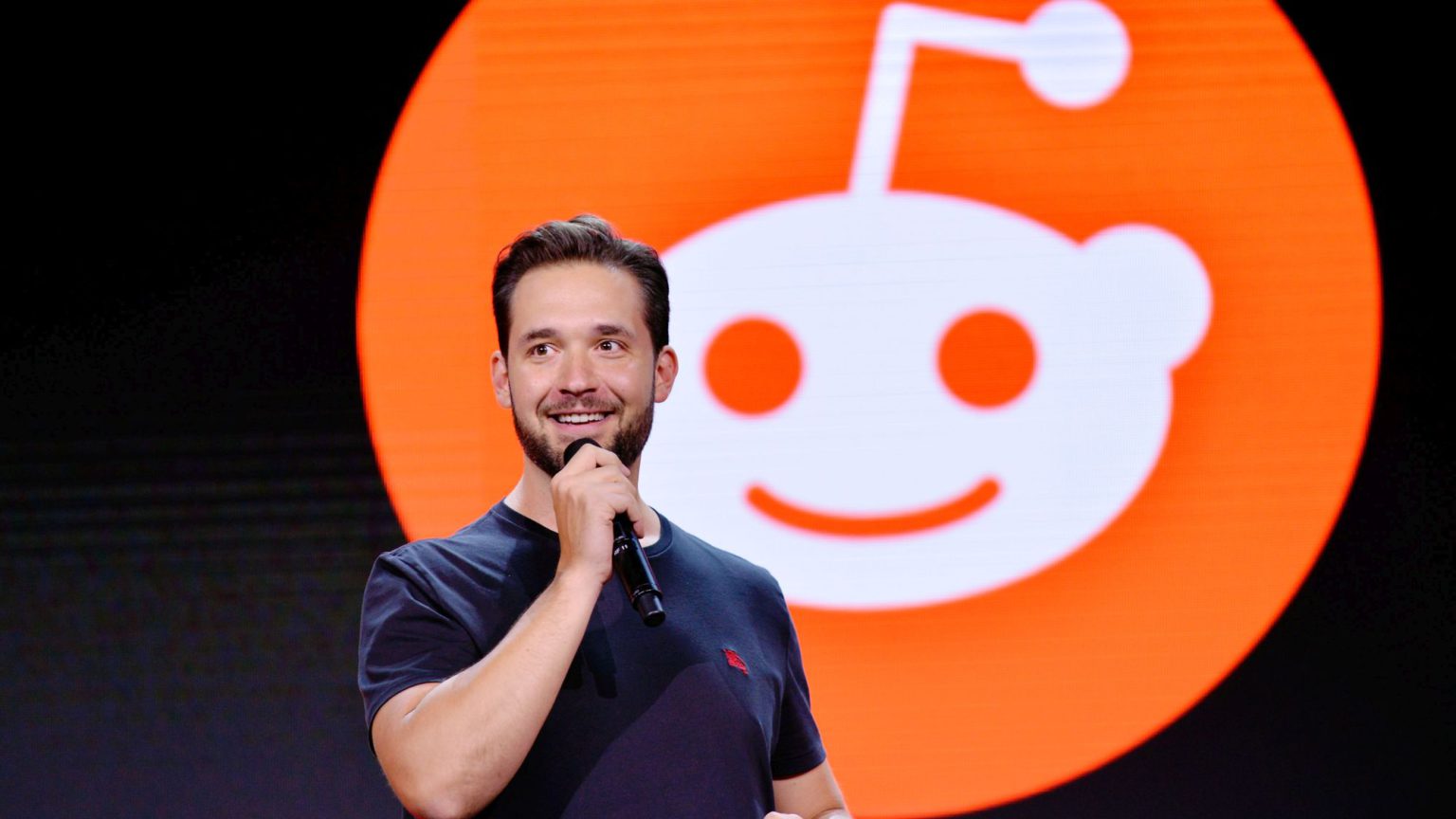 My two most recent columns for spiked dealt with cancel culture and hate-crime hoaxes. Thanks to the internet being what it is, events during the past month have provided me with a perfect real-life combination of these two trends.

On 29 July, Reddit, the self-proclaimed front page of the internet, deleted a popular ‘subreddit’ (a type of forum specific to the platform) dealing with hate-crime hoaxes. (Those so inclined can check out what is now simply a blank page here.) That same day, Reddit also deleted a number of other popular subreddits, including the r/GenderCritical and r/TrueLesbians/ – forums known for hosting debates by female feminists about the role of trans women in the feminist movement – and a subreddit devoted to female reproductive-health issues. It also deleted r/HBD – short for human biodiversity – a page which focuses on questions of race and human genetic variation. For good measure, the site also kicked off what may have been its most popular right- and left-wing political forums respectively: r/TheDonald/ and r/ChapoTrapHouse.

The explanation Reddit gave for banning all of these communities was that they ‘promoted hate’. Having been on Reddit, this is probably not a wholly baseless claim. It is hard not to notice a small but noisy contingent of alt-righters on the HBD forum, alongside biology grad students and Charles Murray fan-boys, who seek an (elusive) wholly genetic explanation for small differences in traits like tested IQ and running speed. r/GenderCritical was attacked fairly often for criticising both straight males and trans women – often for the same reasons. And, certainly, both r/TheDonald and r/ChapoTrapHouse/ were known for crude, if often funny, memes mocking everything under the sun.

However, the deletion decision becomes a bit more surprising given what Reddit left up. While deleting r/GenderCritical/ as potentially offensive to women (of both the trans and ‘traditional’ variety), the site specifically decided not to take down the r/RapeKink subreddit, which is dedicated almost entirely to rape pornography and fetish stories (though this page was at least temporarily quarantined). r/RapeFantasy made the cut too, although a sub called r/StruggleFucking/ was eventually taken down.

What should worry us most is that the Great Deletion has undeniably suppressed some serious ideas. The striking thing about many of the vanished subs is that they were mostly populated by wonks and geeks, not Nazis. Even if these forums may have attracted some assholes, human biodiversity, hate-crime hoaxing, gender-critical feminism, the lived experiences of lesbians and discussions about female health disorders are all essentially classroom topics of study. Offensive memes may have provided the initial justification for taking down the forums – this is the internet, after all – but lurking behind Reddit’s decision is the belief that some ideas are too dangerous for discussion of them to be allowed.

This sort of thing is becoming more common. On Twitter, a popular account called ‘Anti-Racist Science’ – which gained more than 1,000 followers during its first day active – has called for a total ban on ‘further use’ of the most common data-set of national IQ scores, put together early in the 21st century by the quantitative psychologist Richard Lynn. Lynn’s data includes the IQ test scores of more than 80 nations. But according to this Twitter account, it is ‘fraudulent’ and has been used to support ‘scientific racism’ concerning ‘the inferiority of people with African ancestry’. For good measure, the Anti-Racist Science account includes an official form that any interested follower can use to report the use of Lynn’s data or other ‘racist / race-science misinformation’ in a peer-reviewed academic paper.

Similar activity is not uncommon inside elite journals themselves. In 2016, academic David Gilborn wrote in the Journal of Educational Policy: ‘We need to (understand) that any assertion of fixed and inevitable inequalities in ability / intelligence between racial / ethnic groups is…racist.’ While I am myself a culturalist when it comes to questions of IQ and have some serious questions about Lynn’s famous data set – such as, how many years of school did the African and East European kids in his samples attend? – claims like Gilborn’s are over the top. Ability is a broad term. Is the good professor arguing that the average Samoan guy is as fleet-footed as the average Kenyan guy? If so, can’t we just go down to the track and test that?

The censoring of ideas, including some quite serious ones, as too ‘dangerous’ or ‘hateful’ to be heard is far more prevalent than most might think. Years ago, when I became active on Facebook and later Twitter, I made a list of accounts I generally disagreed with but enjoyed trolling or arguing with. That list included Minister Farrakhan and the Nation of Islam, Third World Press, You Owe Blacks Trillions, and much of the black-nationalist hotep movement. It also included provocateur Milo Yiannopolous, Alex Jones and other conspiracy theorists, Cop Block and many left- and right-leaning libertarian pages, and even the now-banned Chapo Trap House. Searching the accounts on this list a few weeks ago, I was surprised to find that essentially all of them had been disappeared across all social media – as had white nationalist Stefan Molyneux, my old debate foe Jared Taylor from the Southern Poverty Law Centre, virtually anyone considered alt-right, and even the first Black Lives Matter Facebook page I ever followed and sparred with.

While not generally a conspiracy-minded fellow, I can’t help suspecting a long game here. For decades, the US mass media – whose star reporters, producers, and on-air talent almost universally share a single cosmopolitan center-left viewpoint – had enormous influence over what written and visual content Americans were able to access. Then came the internet. And within a decade or two, commentators like Matt Drudge, Tim Pool, Joe Rogan and more than a few of those mentioned above had become some of the most well-known ‘journalists’ on the planet. To many wired-in young people, ‘boomer’ mass media began to seem increasingly dated and irrelevant. Between 2000 and 2019, some 2,100 American newspapers, many quite major, closed.

In recent years, however, mainstream media outlets seem to have adopted a two-pronged strategy of fighting back. First, by posting their own content to social-media platforms; and secondly, by backing efforts by those platforms to censor any voices which are even mildly heterodox. MSNBC, for example, is now a major player on YouTube, with more than 3.3million subscribers. Online, too, the network is losing to Fox News, which has 5.78million subscribers.

While they build their digital presence, major outlets and publications almost invariably give positive coverage to actions like the deletion of the subreddits – which Buzzfeed, Vice, MarketWatch and People magazine all reported. Buzzfeed faithfully parroted Reddit’s line that this was ‘a crackdown on communities that promote hate’. Other alternative voices – from PragerU to Cop Block (and even myself) – are not banned outright but find their content is demonetised across various platforms. Mass media outlets are now in the enviable position of being able to run stories that advocate for the removal of their competitors, while simultaneously drawing clicks to their own online content.

How should ordinary netizens respond? A first, very simple approach is simply to remember that almost anyone famously removed from social media also has a professional website. If dark political humour is your thing, you can now find The Donald here and Chapo Trap House here. Alternative media platforms like Parler are increasing in popularity, although at times it can feel like a more professionally designed 4chan. Savvy citizens might go so far as to press their elected congressmen or parliamentarians to remind tech companies of the distinction between ‘platforms’ and ‘publishers’. Technically speaking, if social-media platforms want to avoid legal liability for user behaviour by claiming to operate merely as ‘host sites’ for content generated by third parties, they should be deleting little or no legal material.

And there is one more option – keep it old school. If you are genuinely interested in controversial topics like race relations, gender or human genetics, go down to the local library and check out a book. I myself wrote a fairly solid one on hate-crime hoaxes. When we are online, though, let’s try to keep the bastards honest.