The strange rise of Rutger Bregman

The Dutch historian has turned opportunism and PC preaching into an artform. 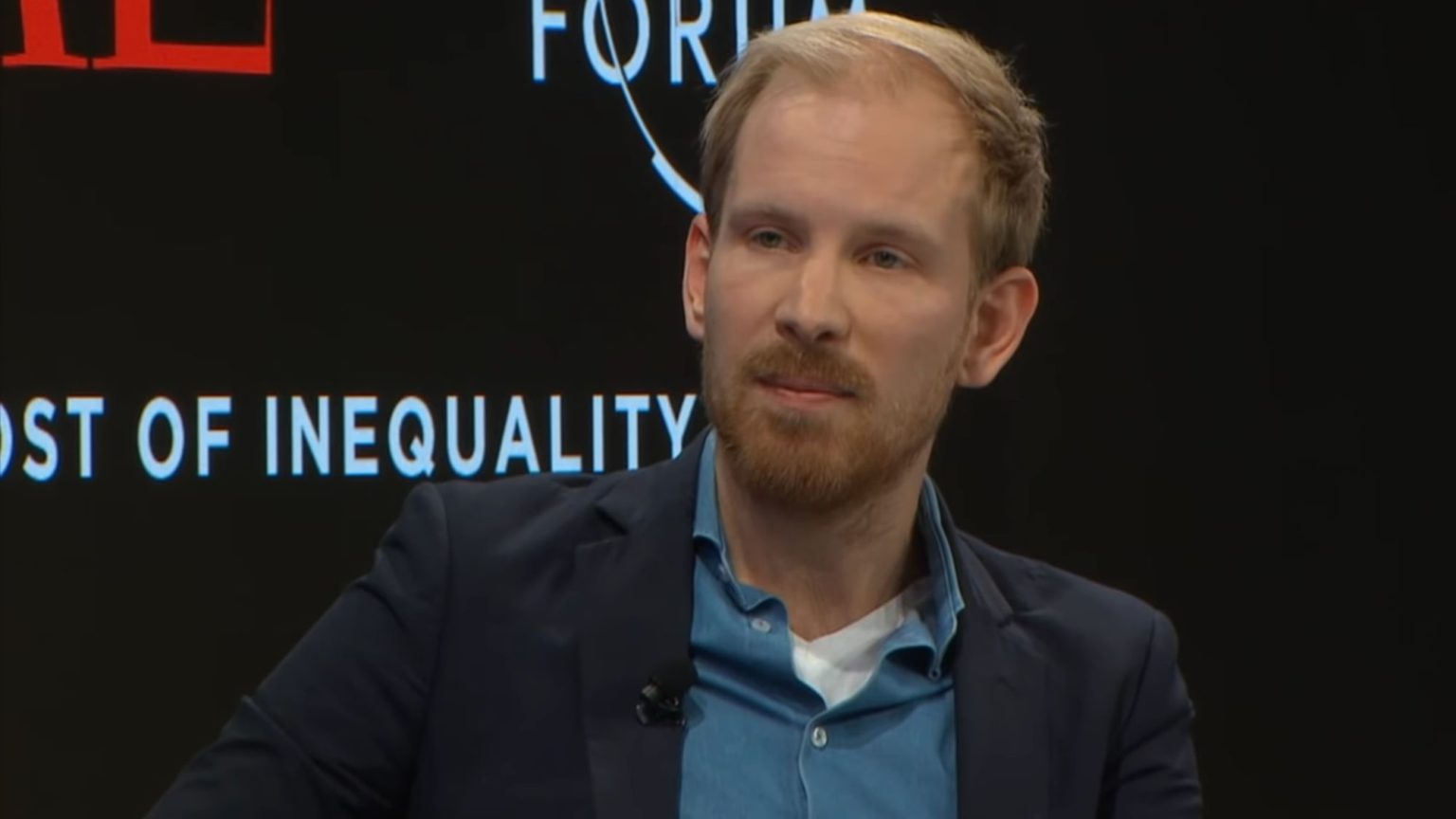 At the World Economic Forum in Davos in January 2019, Dutch historian Rutger Bregman joined a panel session during which he berated the billionaires in the audience for avoiding paying their taxes. He said he felt as if he was at a firefighter’s conference where no one was allowed to speak about water. The video went viral and launched Bregman to the forefront of the international debate.

Even conservative Fox News anchor Tucker Carlson wanted to speak with the very progressive Bregman and invited him on his show. ‘If I was wearing a hat, I would take it off to you’, Carlson managed to squeeze into the interview just before Bregman – seemingly high on his own viral power – went off the rails. Bregman chided Carlson for being a millionaire funded by ‘dirty money’ from the Cato Institute and the infamous billionaire Koch brothers, and for working for a Rupert Murdoch news channel that ‘orders him to scapegoat immigrants instead of talking about tax avoidance’. Carlson, flabbergasted and strongly triggered, called Bregman ‘a moron’ who is ‘too fucking annoying’.

Bregman – looking smugly into the camera as if this personal attack was a pre-armed torpedo with which to sink the steaming Carlson – asked: ‘Ah, you can’t handle the criticism, can you?’ It was planned: the segment was never aired by Fox, but Bregman had filmed the pre-recorded interview himself, and by releasing it through Now This News, he scored another viral video.

Tucker Carlson later explained that his ‘rude’ use of the f-word prohibited Fox from airing the segment, but that he had just wanted to ‘congratulate’ Bregman for asking ‘good questions that are not asked enough’. Carlson apologised for the use of profanity, but also stated that it was ‘genuinely heartfelt – I meant it with total sincerity’. In the end, what did Bregman win beyond viral fame?

So who is Rutger Bregman? The 32-year-old historian was born in Zeeland, at the south-western tip of the Dutch Bible Belt, to a Protestant pastor father and a schoolteacher mother. During his university years in Utrecht, he was a member of a Christian student association. In Dutch public debate, he stands in a long tradition of pastors’ offspring who have a tendency to be on the preachy side of social arguments.

In a mostly Protestant country that prides itself in its subtle balancing between merchants and ministers – where merchants make money and ministers define the moral framework – a significant number of famous comedians, journalists and cultural figures are fathered by Protestant clergymen – and Bregman is quite the stereotypical card-carrying member of this club.

Bregman’s fame rose when he joined the Dutch (now international) media outlet the Correspondent – a left-liberal online platform that praises itself for being free of commercial advertising while ‘unbreaking the news’. It was kickstarted with funding raised in large part through repeated favourable appearances on Dutch public television and, more recently, in the United States, by raising donations through endorsements by famous Americans. But much of this money was raised on somewhat shaky grounds. Some of the endorsers later spoke out against this.

At the Correspondent, Bregman started propagating a Universal Basic Income. Mid-2017, he held a TED Talk called ‘Poverty isn’t a lack of character; it’s a lack of cash’. This is where the first suspicions of plagiarism rose: didn’t that quote stem from the work of American sociologist Daniel Patrick Moynihan? Or is Bregman just another example of what bluestocking-weary Dutch folk like to call ‘a toppled over bookcase’, who sometimes ‘forgets’ to credit original authors for quotes that come in handy during lectures or in writing? Ever since that TED Talk, however, suspicions and accusations of ‘borrowing’ from other people’s work have dogged much of his work.

After trying rather fruitlessly for several years, and in several books, to change the world through the idea of Universal Basic Income, Bregman shifted his focus to the idea that all human beings are quintessentially good. Humankind: A Hopeful History is the English title of his 2020 book on this topic, and was originally released as De meeste mensen deugen in Dutch in 2019. Literally this means ‘Most humans are virtuous’, but in Dutch, the word deugen mostly means ‘to be morally correct’ and is often used mockingly, or sarcastically. It’s a slang term that is mostly reserved for the politically correct incrowd of mainstream journalists and cultural figureheads that have lifetime subscriptions to seats at talk-show tables or who do the rounds on the public broadcaster’s quiz shows.

By many, Bregman is perceived as an epitome of this PC virtuousness. His devotion to pastoral-like punditry is not particularly loved in the Netherlands – except by those in the politically correct mainstream bubble. Despite his young age, it feels as if he has been on television since the Summer of Love, when progressive liberals really did believe that every human was indeed unconditionally virtuous – as long as they didn’t hold positions of power, of course.

What the Dutch media love about Bregman is that he can deliver verbose homilies about moral issues. Bregman has mastered a verbal technique that allows for short soundbites in an optimistic, even chipper tone of voice.

And he doesn’t mind changing his subjects if they better fit a topical narrative: recently, he wrote a book (or rather: A Letter to the Dutch People – yes, he really believes he is the preferred person to address us all individually), sponsored by the Dutch branch of the People’s Postcode Lottery. It’s about how ‘The Water is Rising’, in which he discusses climate change by predicting an unavoidable apocalypse. Unbreaking the news, or opportunistically jumping on the right moral bandwagon?

He has even adapted his sermon to fit more recent events. In an episode of the Spectator Book Club podcast, he claims that those in power need police (and other forms of force in a violent monopoly) to restrain people, but that if we would be willing to accept that all people are inherently good, there would be no need for a ‘police state’ and, hence, the elites would topple:

‘A cynical view of human nature has been in the interest of those in power. Because if people cannot trust each other, then we need a Leviathan, we need someone to control us, we need the police, we need the army, etc, etc. If we can actually trust each other, people are pretty decent and have evolved to be pretty friendly, [and] that is not good news for those in power. Because then, maybe we don’t need them anymore.’

Amid the Black Lives Matter protests, that sounds an awful lot like the call to ‘Abolish the police’.

In a country of many pastors, even Rutger Bregman has to be a merchant.