The New York Times’ other problem: its subscribers

The new subscription-based model could be reinforcing the kind of intolerance Bari Weiss has highlighted. 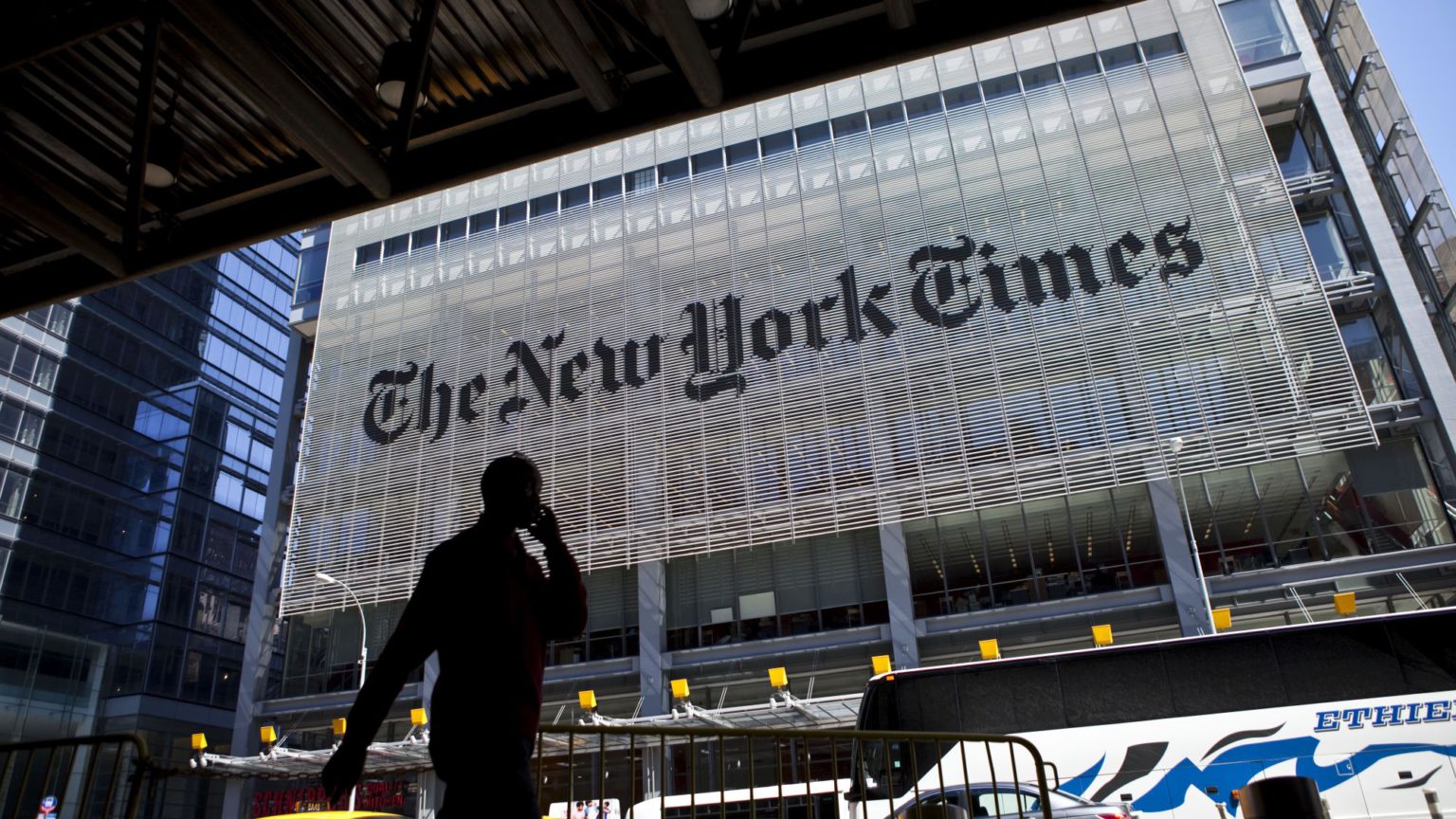 A report in Life magazine, celebrating the New York Times’ centennial in 1851, said the Gray Lady had earned its name by ‘way of acknowledging its traditional special marks: starch conservatism and circumspection’. In short, it was boring but reliable, as all journalism probably should be.

How times have changed. Far from a place of conservatism or circumspection, the NYT has become a place of orthodoxy, circumspect not in its journalistic rigour, but in its need to be de rigueur.

This much was made clear by the explosive resignation of Bari Weiss, staff editor and writer at the NYT, last week. She announced her departure in the most ‘publish and be damned’ way possible.

In her letter, which all should read, she warned of a ‘new McCarthyism’ that has seized the paper, wherein editorial decisions are not based on providing a balanced view of the world, but instead on broadcasting a certain preordained and accepted one.

‘Twitter is not on the masthead of the New York Times. But Twitter has become its ultimate editor’, is the line that has received the most attention. And rightly so. Clearly, that cesspit has held sway over decisions at the newspaper recently – not least in the decision to fire the opinion editor a few weeks back after tweeters (some of them NYT staff) took offence at an op-ed he had commissioned.

But as much as I agree with Weiss, there is another set of editors involved here: NYT subscribers. As the old advertising model of funding news effectively collapsed in wake of the internet, news outlets began to opt for a more subscription-based one, and it may now be having a corrosive impact.

As with most things, this new model is a double-edged sword. Yes, it has kept certain publications afloat as the world went digital, but it has also birthed a form of editorial accountability wherein editorial decisions can now be directly tracked — in real time — against a loss of subscribers and revenue.

This immediacy means that editors have effectively become the punchbags of their subscribers, who now feel a greater sense of ownership over their chosen outlet. And this has decreased the wriggle room for differing opinions. As Weiss notes in her letter, now ‘stories are chosen and told in a way to satisfy the narrowest of audiences’.

This is not my insight, but that of Kyle Pope, publisher at the Columbia Journalism Review (CJR), and Gabriel Snyder, CJR’s contributing editor – both of whom I spoke to for a piece I wrote last year.

This was in the wake of the NYT’s calamitous ‘Trump Urges Unity vs Racism’ headline, covered here by Snyder. Many prominent tweeters took it to be endorsing Trump’s ‘narrative’ that he ‘opposes racial discrimination, and the NYT experienced ‘a higher volume of cancellations’ as a result.

In short, the paper’s subscribers thought the headline did not go far enough in being critical of the POTUS. The headline was subsequently edited to something more subscriber-friendly.

Pope told me that, ‘Historically, there was a wall between advertising and editorial which was sophisticated and built up over decades’. But, in a subscription-based landscape, there has been little tradition of this kind to draw direction from.

I piggyback on Weiss’s resignation only to highlight this problem. It can take a while to recognise the consequences of new developments in journalism, often to our own detriment. It remains unclear how the subscription-based model will influence what comes next. This is something we should be thinking about as it becomes ever more the norm.

Fortunately, in the Gray Lady, we have our guinea pig. With almost six million subscribers, by far the most in the world, what happens there will likely act as a litmus test of what’s to come next. If Weiss’s resignation letter is anything to go by, it doesn’t look good. After all, we have always known that too many cooks spoil the broth. Let’s see what several million can do.